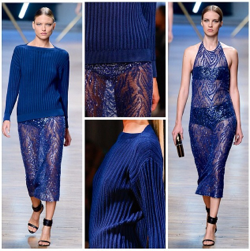 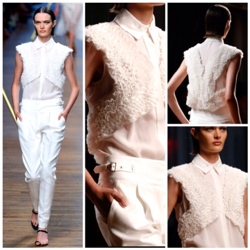 Jason Wu’s spectacular trajectory is a classic story of the American Dream.

Born in Taiwan, he was thrust onto the world stage as an all-but unknown 26-year-old designer when Michelle Obama appeared in his sparkling white one-shouldered evening gown at her husband’s Inaugural Ball in January 2009. “I was over the moon.

I know I am an unusual choice for a First Lady. I didn’t think it was my turn yet,” he later told The New York Times of an honor he shared with the likes of Oscar De La Renta, who dressed both Hillary Clinton and Laura Bush.

Yet Wu was no overnight sensation: Well before Michelle Obama twinkled the night away in his snowy silk-chiffon creation, he had already accomplished more than most of his peers. And when the First Lady proclaimed her loyalty four years later by again choosing a Wu for the president’s second Inauguration—this time a glittering faille coupé gown in a daring “victory red,” as The New Yorker’s Web site called it—it was a triumph that cemented the wunderkind’s place in the fashion firmament.

THE Nineties might be renowned for its grunge sensibility, but in the hands of Jason Wu – a designer who has quickly and succinctly risen through the ranks of American fashion since dressing Michelle Obama – it gets glossy.

Today, he seduced with sparkly sinuous bias-cut slips in shades of silver, slate and navy teaming them with oversized biker jackets, sheer masculine tailoring and easy sweatshirts smothered in tulle for added elegance. Because sophisticated and polished is what Wu does.

Enlisting Brit girls Karen Elson, Sam Rollinson and Jourdan Dunn to walk for him, however, brought a cool urban edge.

Let me know your thoughts on Jason Wu…