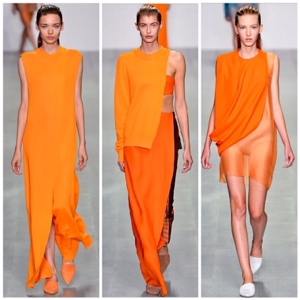 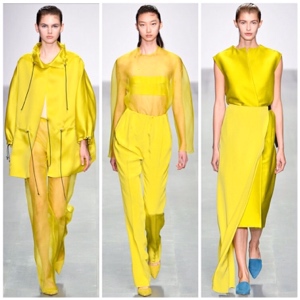 INDUSTRY known for having the best hair in fashion, Lucas Nascimento is the Brazilian-born designer who graduated from London College of Fashion in 2008 and has since gone on to garner a reputation for his sophisticated and alternative take on knitwear – producing silhouettes and garments not so typical and traditional to the genre. You won’t see something bulky and all-enveloping here – though he does cite a protective quality to his designs, but this is meant in the svelte and sleek sense.

Today he played with the idea of a “temporary reality” and an imaginary line that cut the outfits in half so that from one side they were all present and correct and the other they were seemingly disappearing into thin air. This train of thought continued for more slit knits, toga T-shirts and sophisticated sarongs, while sheer pieces brought an added layer of sensuality. 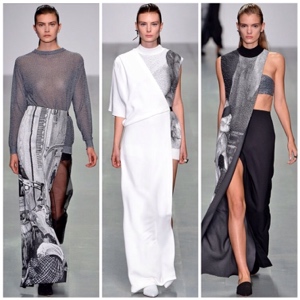