After what felt like the longest two weeks I have ever had I finally had my first visitor – Harry! I spent the whole of Friday cleaning, washing, shopping and cooking in preparation for my guest. For his arrival to show that I’m not such a disasterous chef I decided to bake a BBC (easy to cook) lemon tart. Well without scales, an electric wisk or a sieve I wasn’t really ever going to have much luck but surprisingly four hours later I had a baked something that looked like a lemon tart and apparently it even tasted like on too.

I am very proud of myself! 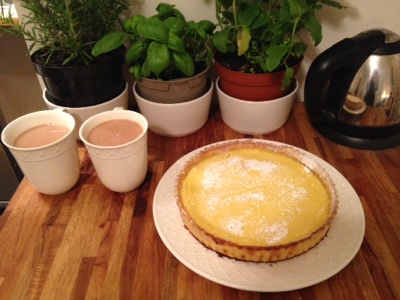 After an early night exhausted from all the travelling we woke up on Saturday to the most beautiful morning. I quickly popped to the local Boulangerie to pick up croissants in true Parisian style so Harry was able to have his first French breakfast the way that it should be.

Next I wanted to show him everything local to me, where I live, my daily routine, my gym, the shops and of course my most favourite area of all of Paris – the Marais. We seemed to walk for hours all along the river Seine just in awe of how absolutely beautiful the weather was. We walked all the way from Bastille to the Louvre stopping at any opportunity for a coffee and a photo. Our final stop of our walking tour was the padlock love bridge, a bridge now completely covered in padlocks symbolising a form of love making it the most romantic bridge in Paris. Harry was determined that he was able to find our padlock from three year ago but as soon as we reached the bridge it became obvious that that was never going to happen so of course we just had a picture instead.

In order to enjoy the sun we decided to return to Place des Vosges for a picnic where we quickly munched the yummiest and ginormous falafel wrap and then the most beautiful and definitely needed ice-cream from Amorino’s before falling asleep in the sunshine.

We couldn’t have chosen a better weekend ❤️ 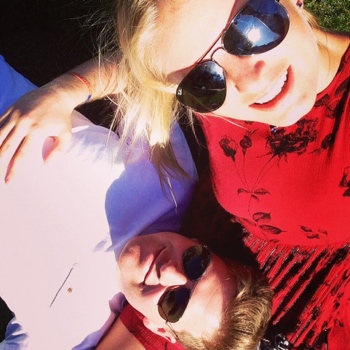 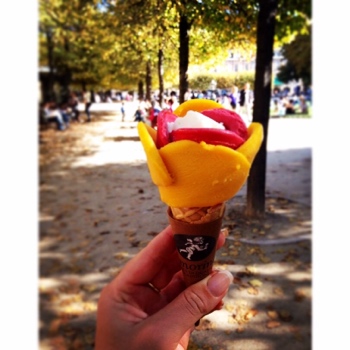