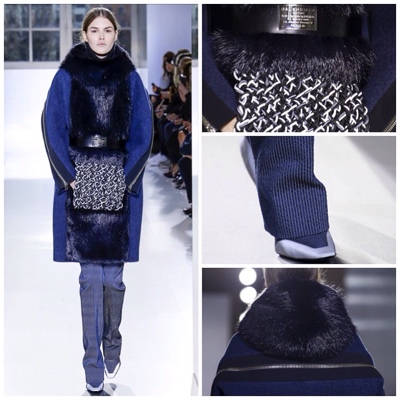 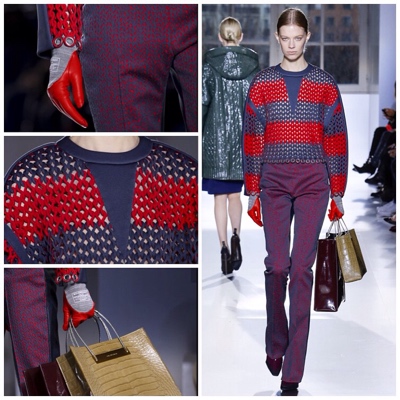 IT’S three seasons in now for Alexander Wang in his creative director role at Balenciaga and he’s really getting into his stride. This morning, he stepped it up for a beautiful show that worked in all passages, from knitwear to outerwear, accessories and day-to-night dressing. He brought his own sense of modernity and sensuality where in the previous two collections it had felt more severe.

First he dealt with the accessories – a lucrative jumping-off point for any luxury fashion house – and sent out furry snoods, thick metal belts and muffs. Then came the bags and this season everyone needs more than one – the only way to hold them is three at a time. Load yourself up, Balenciaga-style, with a trio of different sizes.

Next it was on to tunics and trousers, simple shapes worked out in winter’s favourite shades (navy, forest green and plum among them), with X-marks-the-spot pocket details, their zips forming crosses on knees, elbows and chests for a sense of protection. And that was very much the message of this collection – protection. You could see it in the lovely oversized parkas, the solid fabrications and the done-up-cover-up nature of turtlenecks, gloves, hoods, quilting and strong knitwear element.

And knitwear was very much a big story here too. It played out innovatively to underpin everything: bonded for glossy effect or woven into leather, later sprinkled with crystals for a beautiful asymmetrical and abstract knitwear offering – worn by Gisele to close the show. Wang even went so far as to put knitwear forward as the new trophy item, saying farewell to the humble sweatshirt to which the crown has belonged for so long.

What Wang was particularly clever with was his fabrics, taking the new and the technical and working them in the old house way, so that the cocoon shape was still very much there, but now re-appropriated with his modern touch. Wang is now on his way.

To shop more Balenciaga visit: www.balenciaga.com or click below to shop the latest Autumn/Winter 2014-15 Balenciaga collection: 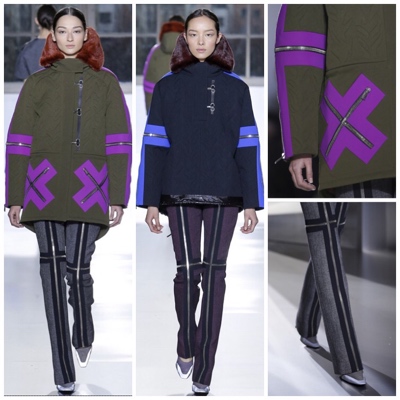 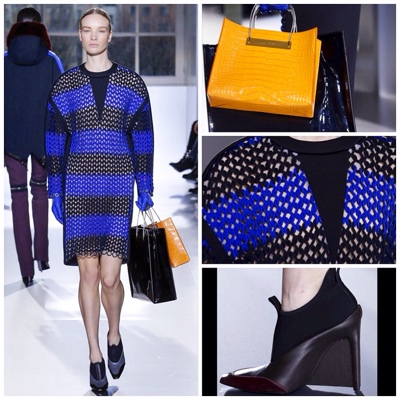