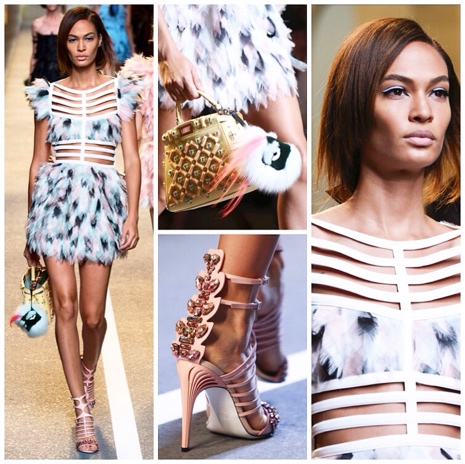 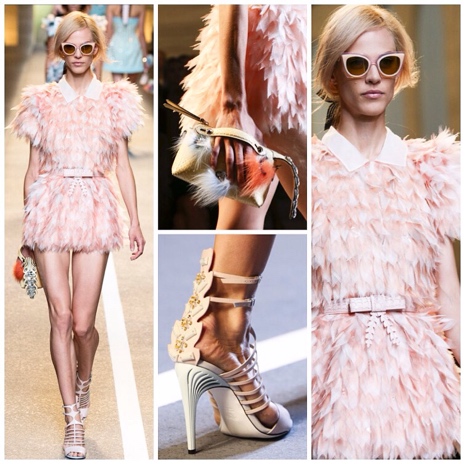 A DESIGNER’S show invitation can often give clues as to what to expect on the runway. That rang true at Fendi, where the orchids stamped onto show-goers’ cards popped up again all over the clothes. It was a neat follow-up from the resort and autumn/winter collections.

The inspiration behind it all was perhaps less clear cut. Karl Lagerfeld said he had been looking at fashion and architecture and how they expressed avant-garde culture in the early twentieth century. He cited Fendi’s grand Roman headquarters, Palazzo della Civilta Italiana, as an example. Certainly there was a rigorous line to those mini black dresses with asymmetrical swooshes, but this was an offering that felt young and, at times, playful.

Back to the orchid motif – it popped up repeatedly from the get-go, embroidered across dresses, laser cut into leather and meticulously worked into black fur bomber jackets. Precious skins (note too those big twisted bangles clad in crocodile and stacked in multiples) and savoire-faire is what this house is known for. That came to the fore in suede jackets which had middle sections razor- sliced into ribbons and glazed in glossy white varnish.

Denim is shaping up to be a big spring story and it appeared again here this afternoon. In the shape of jodhpurs or slouchy tracksuit trousers complete with matching shirt and abbreviated jacket.

As expected from Fendi, the bags were a big attraction. A tiny Peekaboo arrived in multiple finishes and the famous Baguette was back on the shoulder, encrusted in gems and other precious matter, one, even came with its own transparent plastic sleeve – just the thing when a downpour threatens. The Milan forecast tomorrow? Rain. 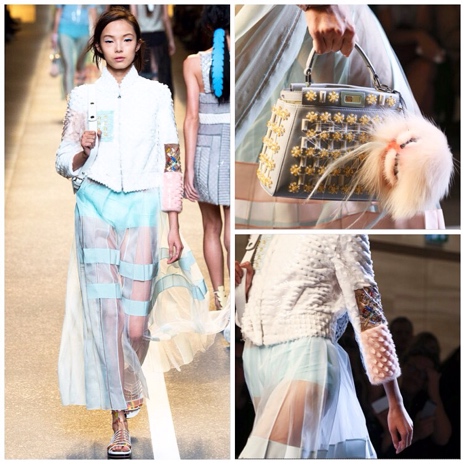 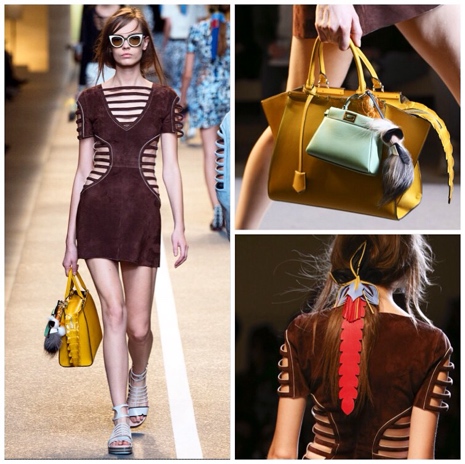 To shop more Fendi visit: www.fendi.com or click below to shop the latest Spring/Summer 2015 collection: