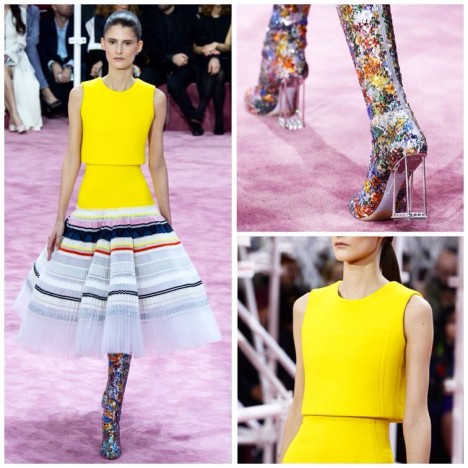 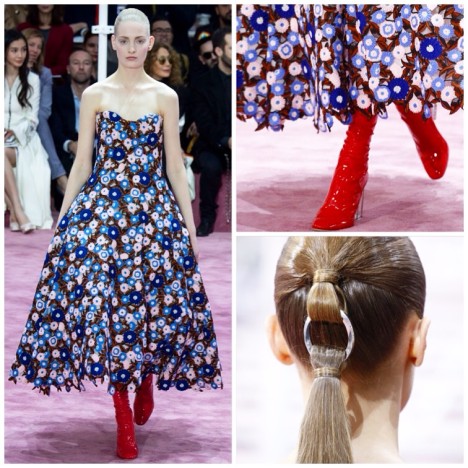 Raf Simmons showed a thoroughly modern couture collection, employing the luxury techniques of the house alongside his own creative aesthetic. Opening with a transparent printed pale green plastic coat over a short dress, he established the mood of the show which was assured and very much his own.

Printed catsuits were paraded by Dior Ziggy Stardusts to “Moonage Daydream” and interspersed with full-skirted ballerina dresses with cutaway tops. Heavy sequinned sleeves and collars were mixed with wool minidresses.  These A-line shapes were teamed with latex legging boots or ankle variations with Perspex heels, while neat ponytails were hung from steel ovals. Stripes were a constant, from technicolour knits to fragile silk ribbons on voluminous skirts falling from a tight bustier.

Simons seemed confident to leave out some of the usual Dior codes here – such as the Bar jacket. It was a very beautiful show held across two levels – the upper supported by white scaffolding so that the clatter of the models’ shoes added to the soundtrack and the surrounds lit with Tweet and Instagram friendliness in mind. 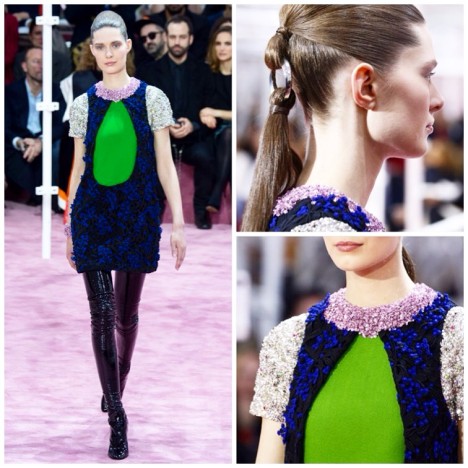 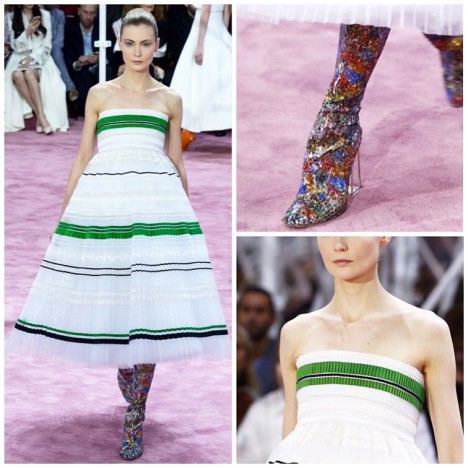 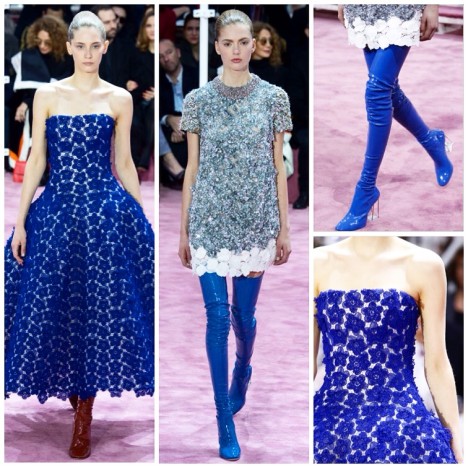 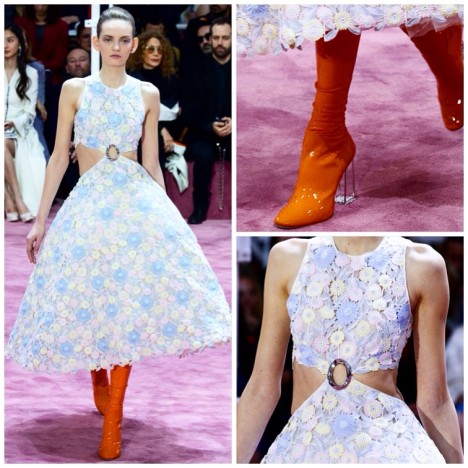 Click below to shop my selection of Perspex heels: