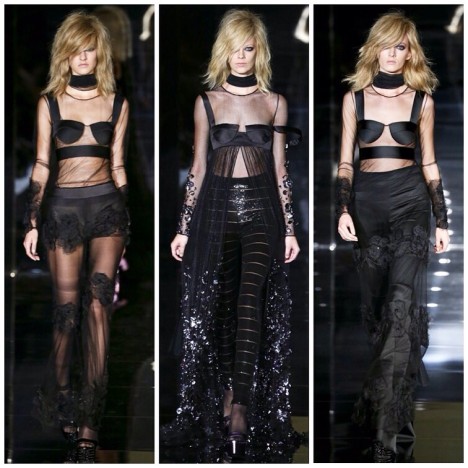 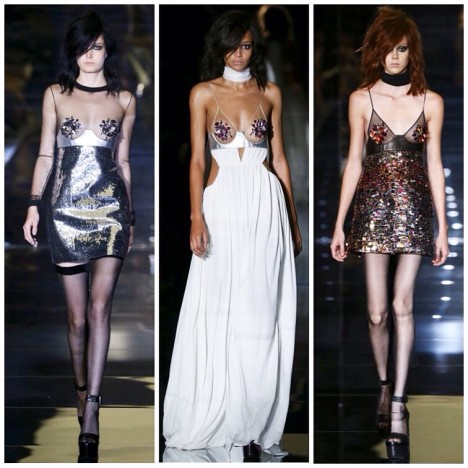 LEGS, legs, legs. Really, they go on for miles and miles at Tom Ford. Clad in giant sweeping flares, or stretched out under mini tunics with plunging necklines, peeping through sheer hold-ups and perched atop those stonking, platform clogs. Everything here pointed to long, lean legs.

There were hints of Hedi Slimane’s Saint Laurent here tonight – in that gritty, Modish Sixties vibe, in that matted, been-up-all-night spiky hair and nightclub-ready smoky make-up, but Slimane doesn’t own the decade, or that look. Ford was inspired by his own collection of vintage Carlo Molino photographs in addition to some of his own designs from the late Nineties. He was smart to weave in a few re-jigs of his greatest Gucci hits; a white long sleeved minidress with circular cut-outs at the hip for example recalled the white jersey gown from Gucci’s autumn/winter 1996 campaign.

The show rounded up with a series of knockout sheer black gowns decorated in sequinned harnesses or with satin bra cups and a scattering of chiffon applique petals. A pair of black leggings and dramatic cape combo – entirely encrusted in twinkling black sequins from head to toe – was the dark follow up to that white caped gown donned by Gwyneth Paltrow and lauded the world over; plenty here to whet the appetite of red carpet starlets. 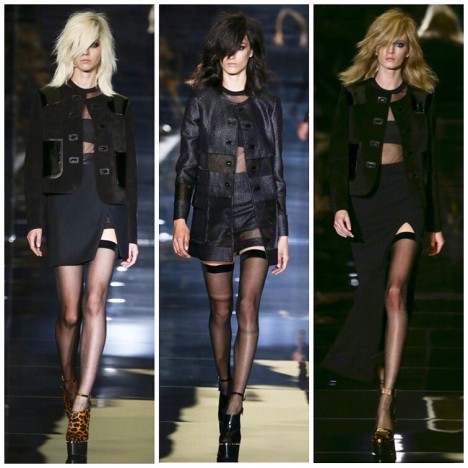 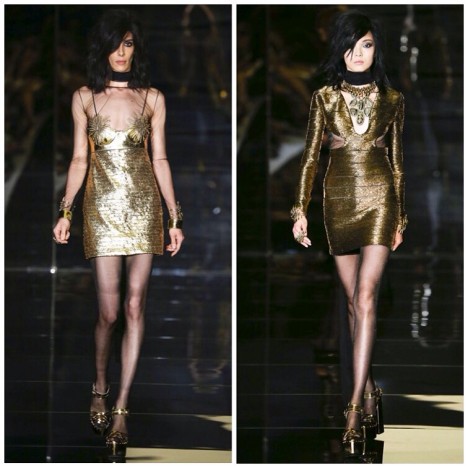