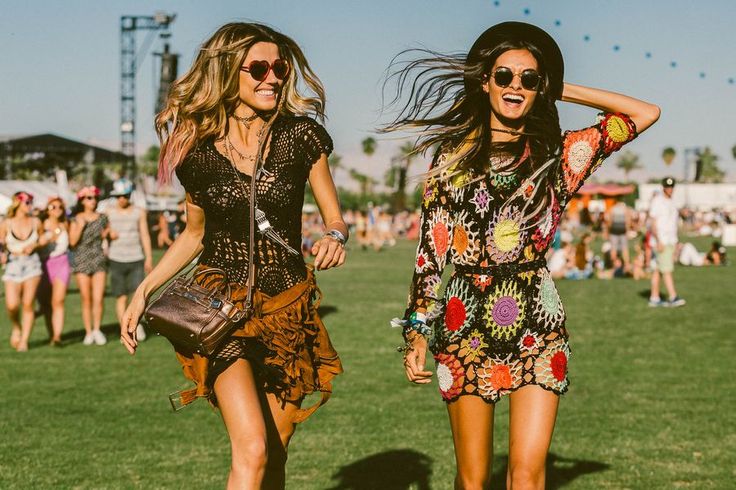 Festival season comes round quick – and with it the default wardrobe staples of denim shorts, floral wreath headbands, beads and the like. But we’ve been there, done them – and for far too long. It’s time to change the dress code and approach festival season with fresh eyes and a new look (and we don’t deny that might be hard to do considering fashion’s affection for the Seventies and hippy bohemia right now – but it can be done).

If you want to keep the focus on your hair, then leave the blooms behind and replace them with braids – the hairstyle of choice right now, and one that comes with far more than just the option of a simple plait trailing down the neck. They can, in fact, be done to mimic a flower garland in their elaborate construction. Or try out some millennium Bjork knots in your hair – it won’t be long before everyone will be doing them.

A skinny scarf says you are definitely with the band and when at a festival, it’s a very legitimate look – and one that can easily take its nods from Saint Laurent, both Spring/Summer 2015 and forthcoming Autumn/Winter 2015. If you’re doing a scarf, don’t do a hat. You want to look like you’re with the band, not desperately following them around.

Depending on the weather, your cover-up options range from something kaftan-like (though choose carefully) to a biker jacket number or some suede fringe. The latter will work best with a retro motif T-shirt and jeans. If channelling the Seventies, it’s about little nods, not over-enthusiastic ones. A biker jacket will deflect away all traditional festival stereotype looks, more rock ‘n’ roll and suited to being at a gig in its approach.

The rule of thumb, really, is: if you’ve worn the look before; if these are the same denim shorts, the same floral accessory, shades et al from last year, and the one before, and one before; don’t wear it. 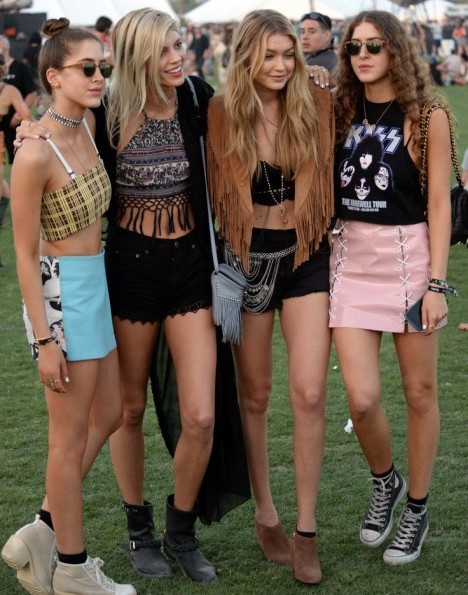 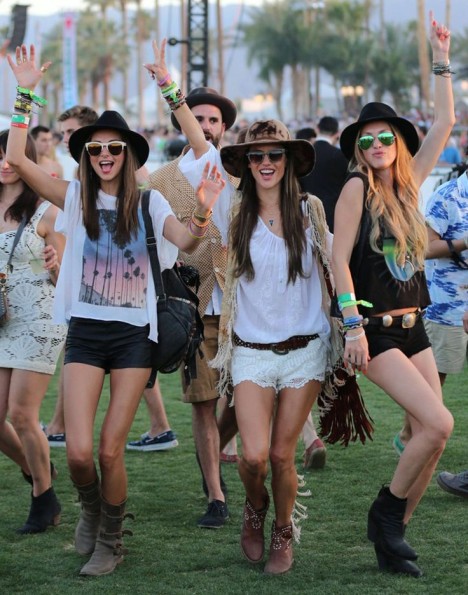