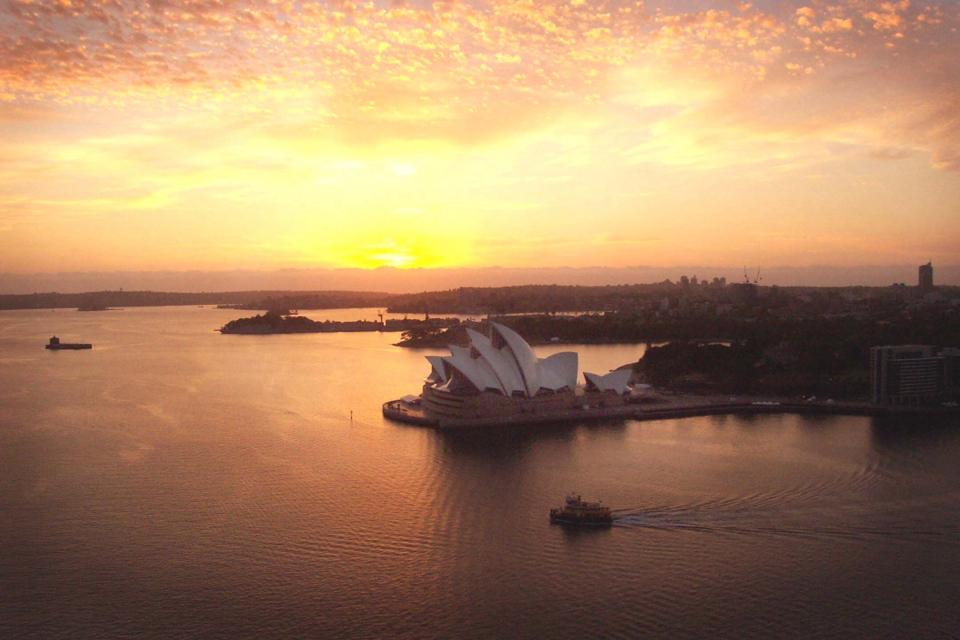 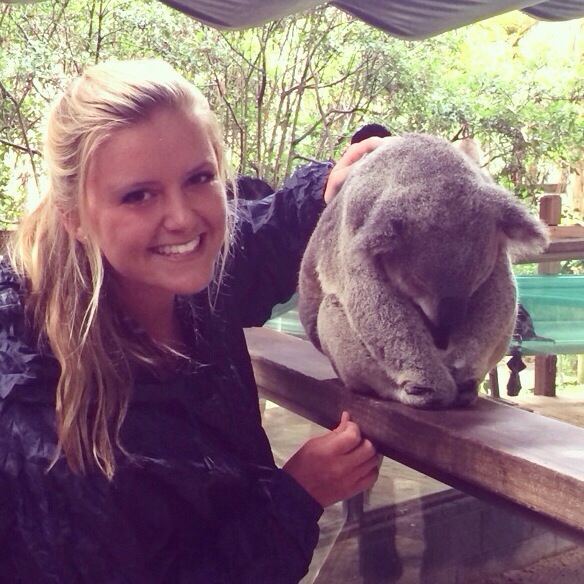 After spending a year travelling the world Steph describes her adventures here:

After spending two months travelling round Australia, I was actually slightly depressed sitting in the airport waiting to leave the beautiful country that I had grown to love over the 8 weeks that I had spent there. I started thinking about when I first arrived in Sydney and my massive circular tour that I took around the foreign land. I actually did travel in a massive circle, arriving in Sydney, travelling up the east coast, flying down to Melbourne, then back round to Sydney (with a pit stop in the centre of the circle at Ayers Rock). The Australian culture is happy, friendly and eager to get everyone active and involved – hence why I managed to do an unbelievable amount while I was there. Apart from visiting the west coast (that will be for another trip) I really did do everything there was to do… Climbing Sydney Harbour Bridge, drinks at the Sydney Opera House, surf lessons, fed kangaroos, held a koala, trekked and flown round Fraser Island, sailed round the Whitsundays, sky dived, extreme white water rafted, bungee jumped, zip lined through the rainforest, scuba dived with sharks at the Great Barrier Reef and even climbed Ayers Rock, Uluru. The fact that the royals, Will and Kate, were right behind me on my trip basically following my every move demonstrates how incredible the places that I visited, and the things that I did, were.

Despite the fact that it was all unforgettable and I would happily do it all over, I do have a few favourites along the way….

First of all Sydney. 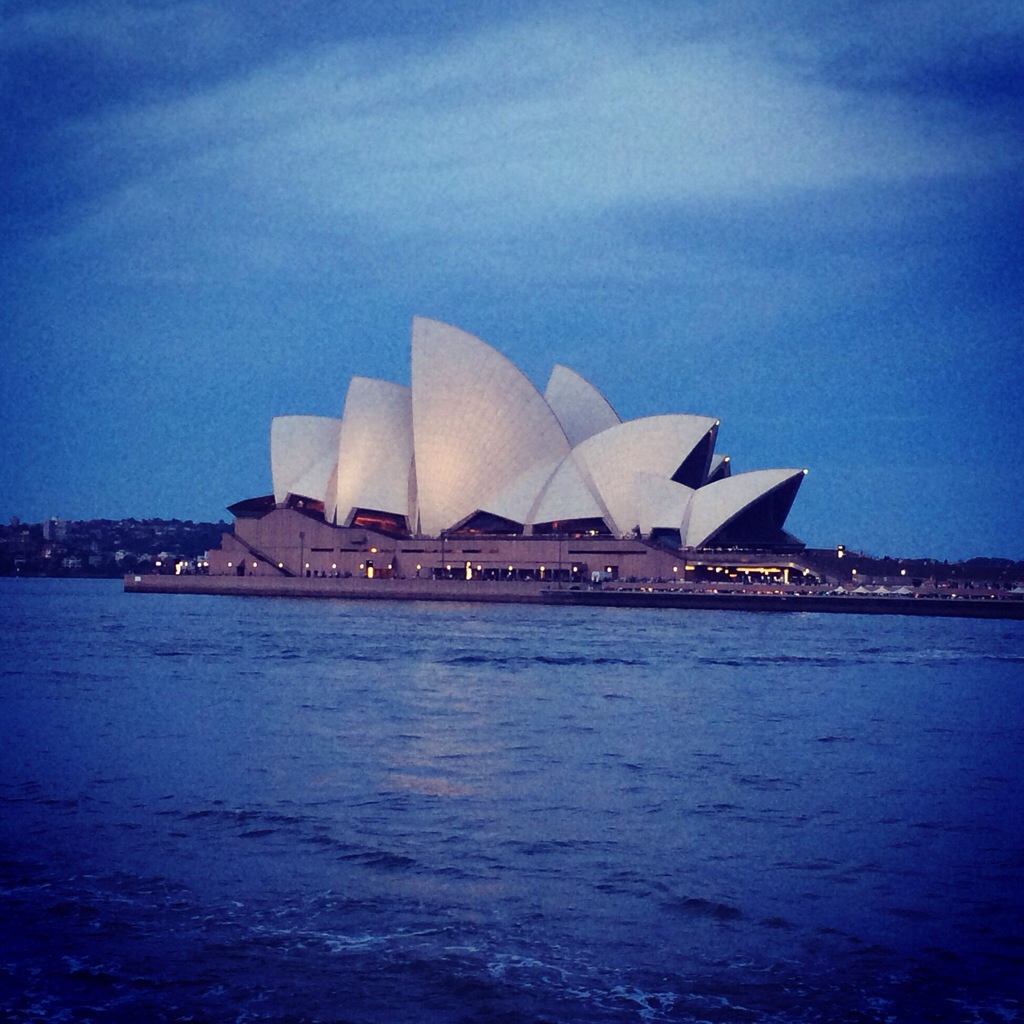 I got massive déjà vu while exploring this city as it reminded me so much of my favourite city in the world, Cape Town. It was such a buzzy open space to be in, filled with a beautiful city, iconic landmarks, impressive harbours, beautiful beaches and vast park land and Juliet and I knew we loved it the minute we arrived, simply because all of this is in one city and every different section felt like a new place but still a part of Sydney at the same time.

The next place on our journey that captured our attention and hearts as much as Sydney was Noosa.

Noosa is the complete opposite to Sydney and the only way to really describe it is a place where rich city makers have their holiday beach houses. It was absolutely stunning, the beaches were perfect and the chic bars and restaurants along the beach front were always packed and full of life. Juliet and I spent hours on the beach looking at all of the glass front beach houses built up the mountain but overlooking the sea front wishing we owned one! My hostel here was also so cute, completely pink from head to toe with only four people per room and every two rooms had it’s own bathroom and kitchen – such a luxury for hostels! (And it was right on the beach which is a bonus)

My all time favourite place out of the whole of our Australia travels came soon after that when we went on a CoolDingo’s tour to Fraser Island.

With a 75mile long beach, the most incredible crystal clear fresh water lakes, incredible vast bright orange sand dunes, a huge merino shipwreck washed up on shore and the most hilariously bumpy off road dirt tracks that we had to drive over on our bus, Fraser Island is one of the most beautiful and mesmerising islands I have ever been to. It was also made even better (if that’s possible) by the fact that our tour was absolutely fab and I met some really lovely people there – including girls who I ended up travelling with after that! The best part of the trip was when we took a scenic short flight over the island meaning we could actually see how ridiculously long the stretch of beach is, how clear and beautiful the lakes are as from the sky we could see them reflecting the sun light AND we could see their amazing shapes (one is shaped like a butterfly!) and while we dropped low and flew over the ocean we even saw some sea life. Amaaaaazing!

Finally, the best thing I did while travelling Australia for two months was without a doubt my sky dive! 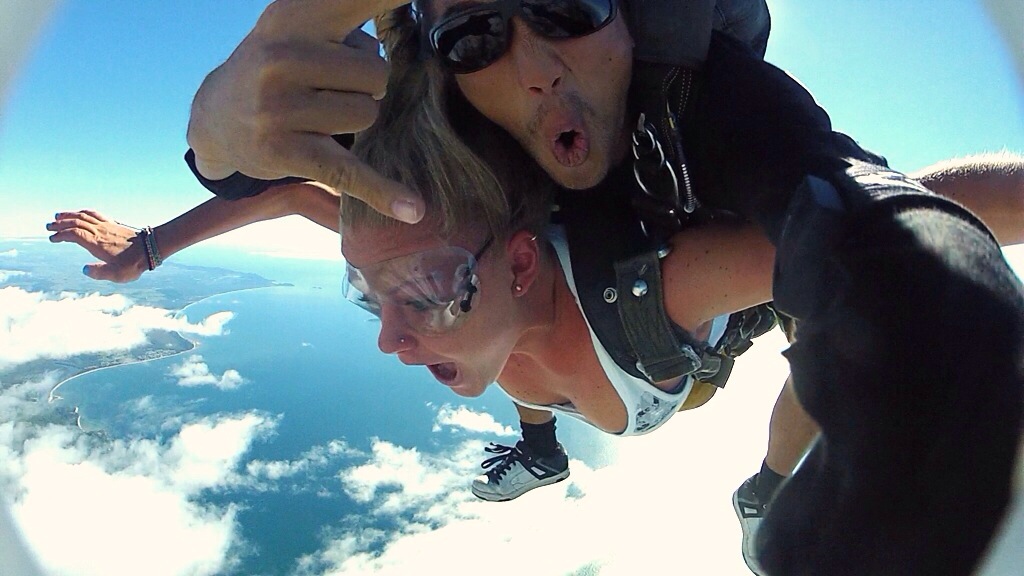 It was the most exhilarating and amazing adrenaline rush I have ever experienced and something I would love to repeat a million times over. We were FOURTEEN THOUSAND FEET high, can you believe that, FOURTEEN THOUSAND and it was actually surreal, unreal, that we were jumping out of a plane from that height. I remember looking out the window and seeing the outlines of islands in the ocean below the clouds, no other detail whatsoever and thinking right we’re jumping soon and then asking my tandem guy if we were. I remember because he showed me his watch that calculated our altitude and we were at six thousand feet… Not even half way up. When the sliding door opened the cold air blasted us and before we knew it we were free falling nine thousand feet and at five thousand feet the parachute was pulled and we were floating over Australia, the ocean and basically the whole world – and it was amazing.

Literally every moment of Australia was incredible and these are just my top few memories but I know that I’m going to remember these two months forever. Australia is one of the most incredible, diverse and friendly countries I have ever been to and I have done some crazy but incredible things while I’ve been here, visited the most beautiful places and met the nicest people. Safe to say I will definitely be going back there in the future.