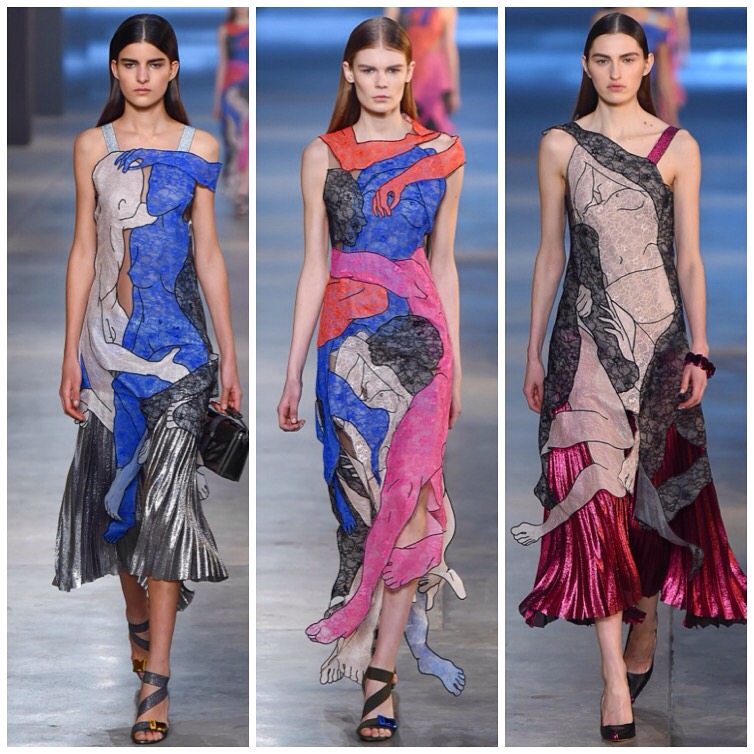 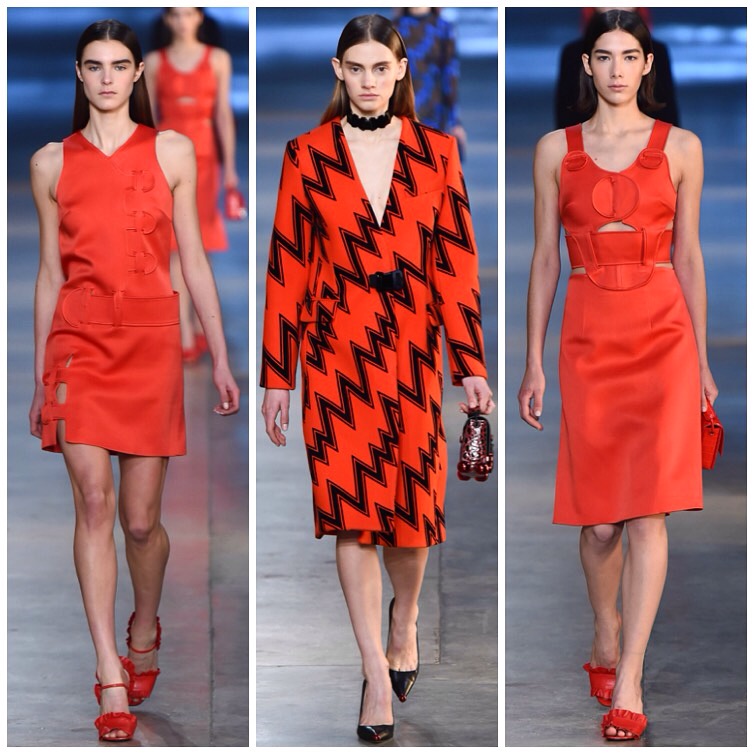 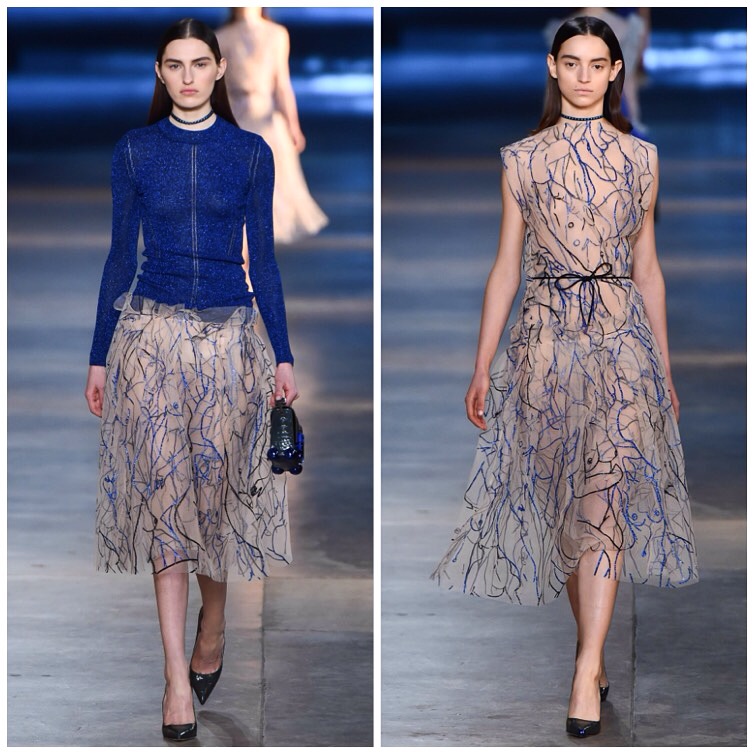 Last season, Christopher Kane’s collection was dedicated to his late professor, Louise Wilson; this season, it’s with immense sadness that he dedicates his show to his mother, Christine Kane, who sadly passed away. How the designer is able to function, let alone stage another hit collection is testament to his and sister Tammy’s iron will.

Kane opened with a series of black smoking suits, sparse except for bright red and purple velvet lapels. Silhouetted naked bodies were a recurring motif; those outlined in black and rendered in lace in risqué clinches proved that the Kering investment has done nothing to temper his inner provocateur. He called it “lover’s lace”, and it stemmed from a course of life drawing classes that he staged at his Dalston studio for his whole team to partake in – he said it reflected “a sense of togetherness,” adding: “Everything I do essentially comes from drawing, it ultimately reflects how I feel. I wanted a feeling of attraction and sensuality in the collection, something sexual but not grotesque.”

As with all Kane shows, the body of ideas here was immense; from high-shine metallic chainmail dresses fused with floral Swiss lace hemlines, to wafting layered and ruffled silk frocks to Lurex sweaters partnered with glittery Tarmac trousers.

And right back to that safety buckle clip that set Kane’s star in motion a decade ago; it popped up as fastenings on tailored coats and drapey halter neck dresses in crushed velvet. So too, the centrepiece on bags of course, which were updated this season with frilly edges (Just walk into his shiny new Mount Street store to see the importance placed on his handbags – it’s the first thing you see upon entering, money-spinners in waiting, each individually propped up on pink and blue Perspex plinths).

Understandably, there was no backstage access this afternoon for routine hugs of congratulations – the notes left on seats thanked show goers’ “kindness, support and patience” – but the celebratory cheers overheard amongst Kane’s team as the venue emptied must have gone a little way in lifting the designer’s spirits. Here’s hoping. 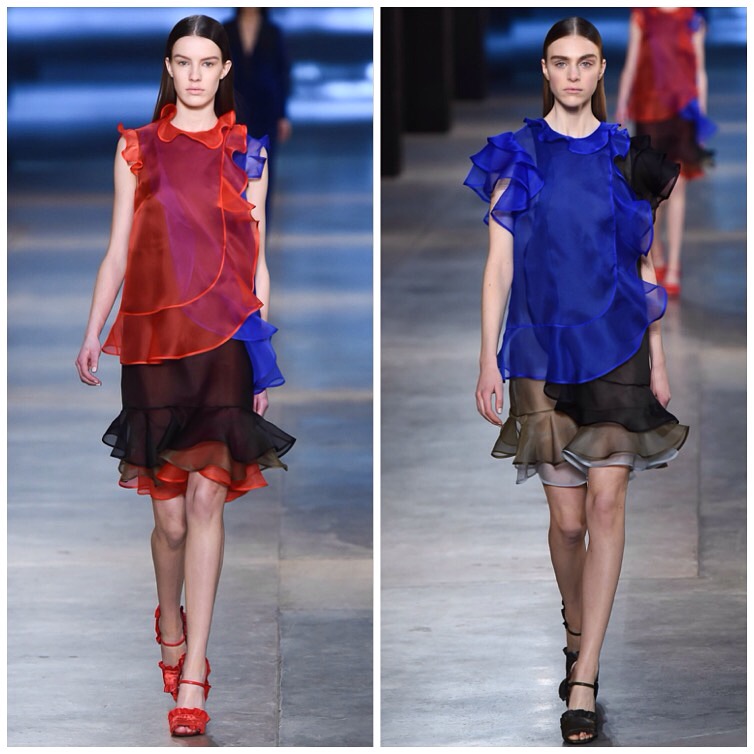 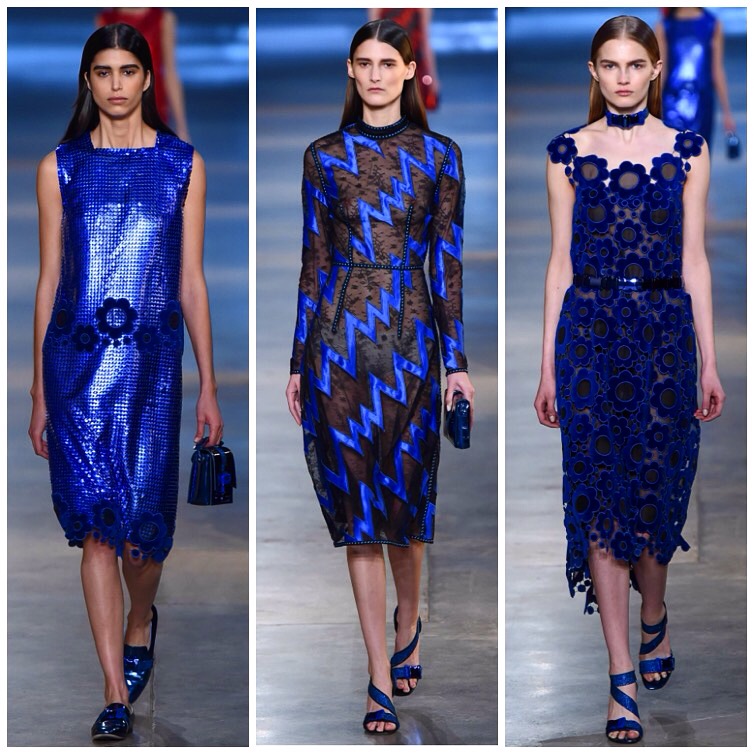