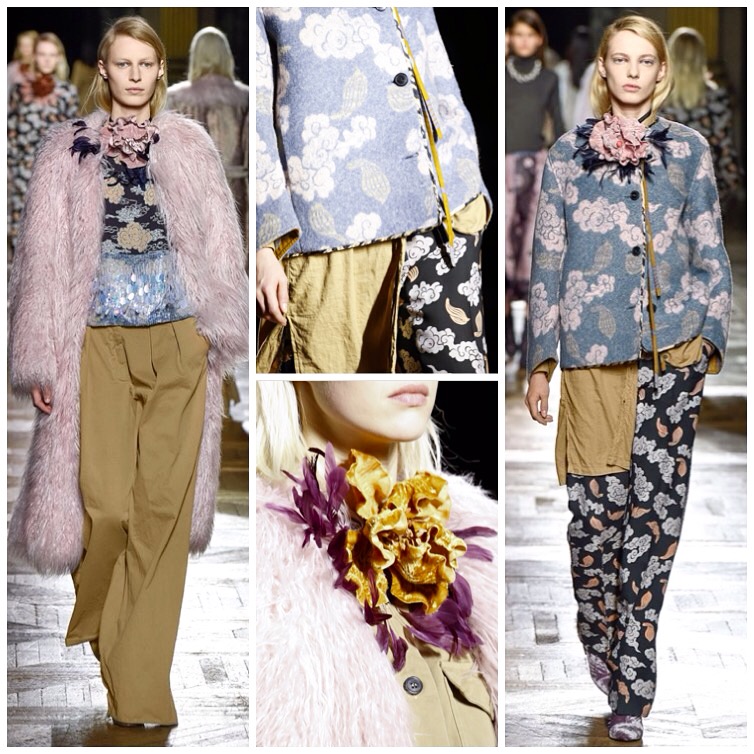 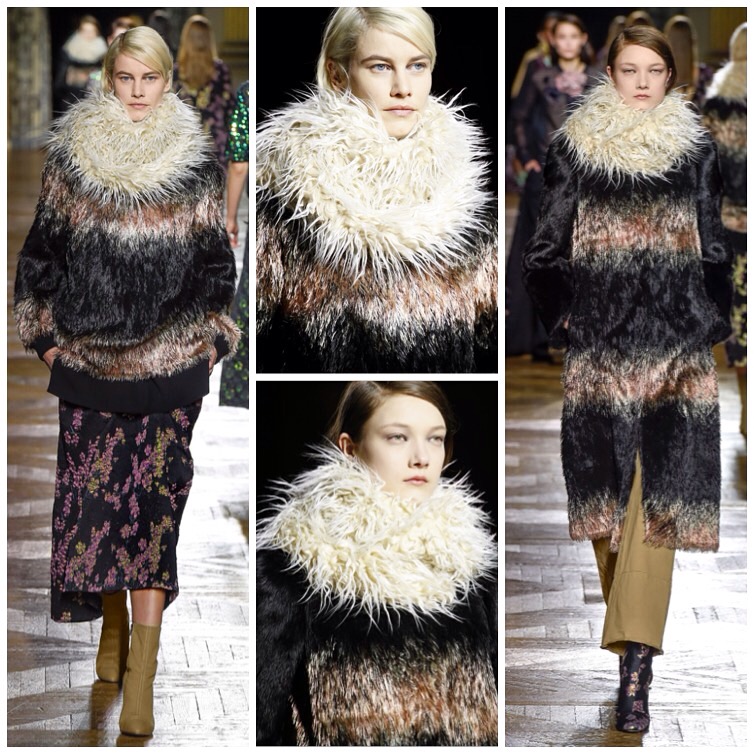 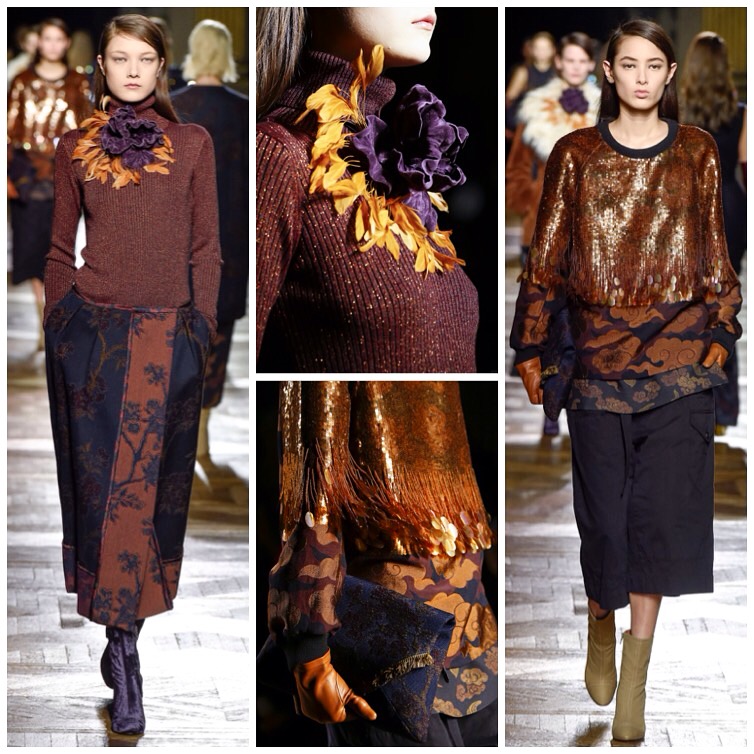 If you’re going to a ball, then make Dries Van Noten your date. The designer put his casual-cool spin on fairy-tale dressing of the Cinderella kind – making tie-on splaying train skirts a must for next season. And if it’s not one of those (and they came in every eclectic incarnation – from utility style fabrications to molten and iridescent), make it a pair of cargo trousers. Note, here, they looked good with everything. Effortless has always been this designer’s forte after all.

“Anything goes,” enthused Van Noten backstage. This was once again an artisanal exploration into his easy dressing aesthetic but this time anchored within a more eveningwear-orientated domain – “couture and the casual” and “grounded glamour” were the buzzwords.

So macs became evening dresses, cinched at the waist and billowing behind; feathers and flowers fastened at the neck; brocade-rich boots were on feet. It was about layering individual garments together to incredibly rich effect – pailette-drenched arms on tops; a sandy-coloured trench atop sequin gowns beneath; velvet wide-leg trousers; shorts thrown into the mix; Scarlett O’Hara skirts.

“It’s about passionate women,” continued Van Noten backstage. By which he meant the combination of Anna Piaggi flamboyance and Jane Birkin nonchalance.

This was dressed-up dressed-down, and a beautiful collection. 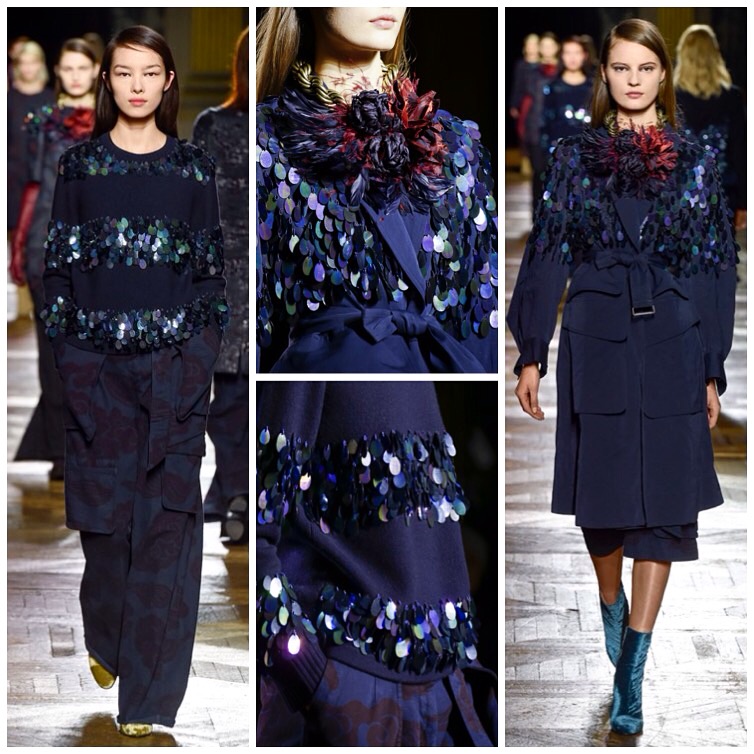