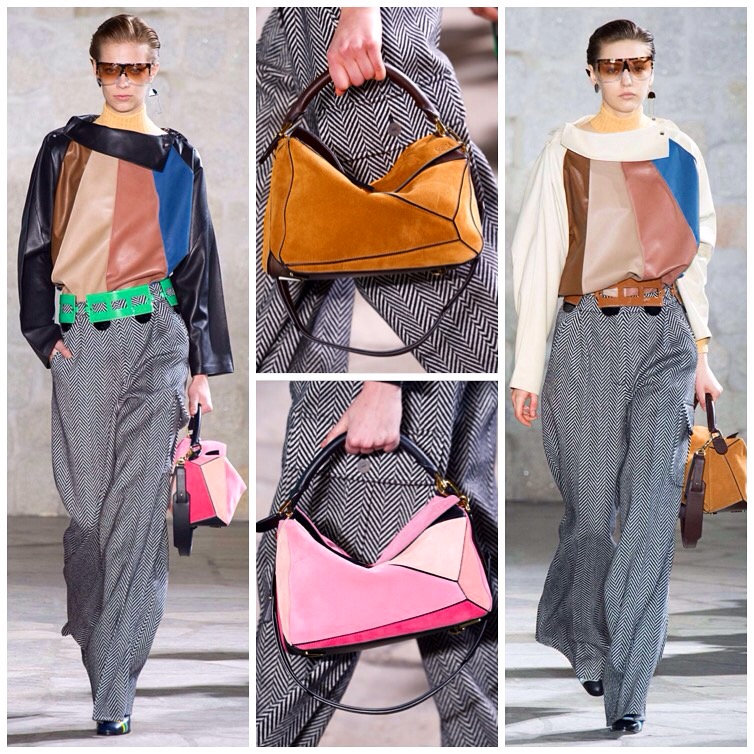 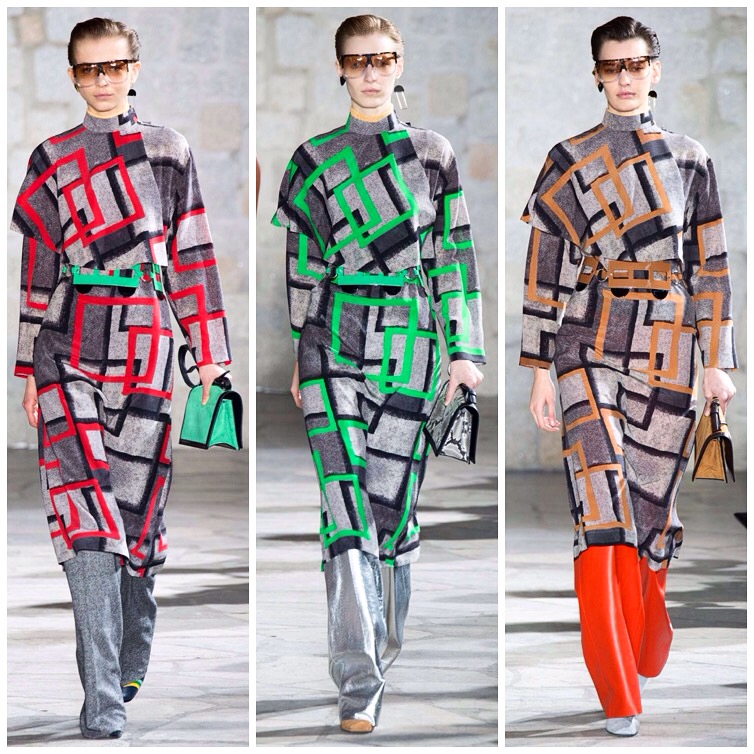 In just one season, JW Anderson managed to transform Loewe – the label at which he was appointed creative director at the end of 2013 following the departure of Stuart Vevers. His trophy T-shirts from his spring/summer 2015 debut were spotted at London Fashion Week and his leather trousers today sat happily on the front row. Already he’d managed to create “it” appeal – and such is the stamp that he’s put on the brand (injecting his own cult of personality), it can be hard to remember Loewe pre-J Dubs.

This collection, he continued in that vein, this second collection an extended drilling down of his woman, who she is, what she wears, when and how. And even if she herself doesn’t know, Anderson is going to tell her.

“We were trying to find the woman in winter. A bit laboratory, something future but in the reality,” the designer configured of his starting point this season. There were whiffs of his eponymous line and its Eighties stance  to be found here. “I do both brands. I want them to be different but want them to communicate what I feel. She [the Loewe woman] is older, harder. It’s about playing,” he said.

His toys of choice obviously began with leather – the remit of the luxury heritage house. He gave us mint and lilac trouser and mac combinations; blouson panelled jackets that were beautifully crafted and executed; a continuation of last season’s wide-leg trouser – spotted here mostly beneath dresses in graphic green, grey or red prints. He added to that with glossy red, sophisticated navy, glistening green and pleated lamé skirts and dresses, lemon yellow funnel-neck jumpers that inflated into shape, tie details at the neck of capes and at the waist of silver pleated swaying skirts or more wide-leg trousers. It was that touch of the hand, a nod to craft.

Of course accessories played a part – an original core of the brand. “We went tougher on accessories. It’s winter so you want something more robust. We were thinking about bags that fit into different periods of the day,” said Anderson. They ran from handheld pochettes like little historical coin purses, to neat and compact handbags with turquoise chevron handles. Their lines continued onto the bags themselves and onto the toe caps of beautiful navy boots.

“The shoes and bags either need to contradict or work together with everything,” he said of his train of thought, though quick to note that neither the clothes or accessories are more important than the other.

“There’s a tension in the collection,” he summed up. And no doubt, with the press raving already as they queued up to chat to the designer backstage, there’ll be a tension as to who gets to wear this season first. Anderson’s Loewe chapter continues with great success. 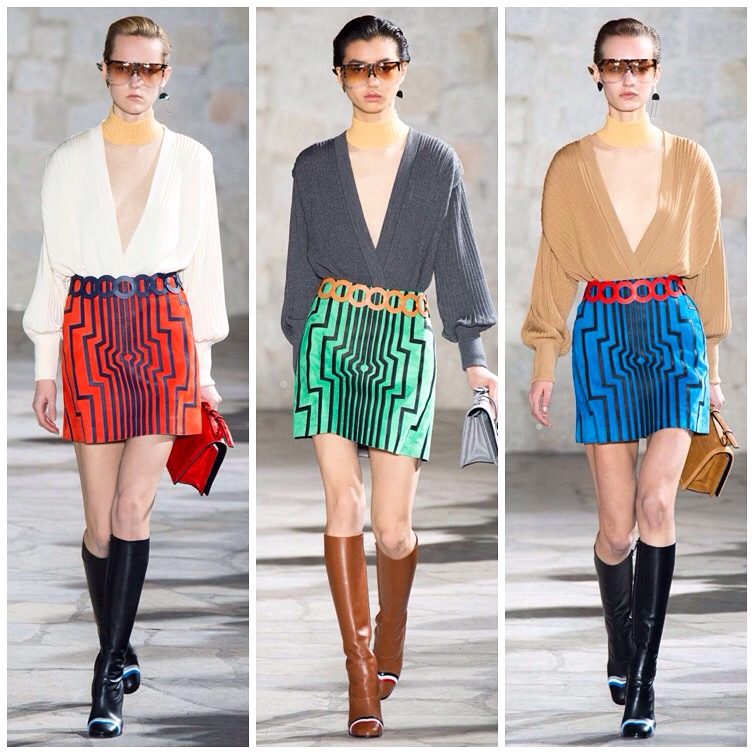 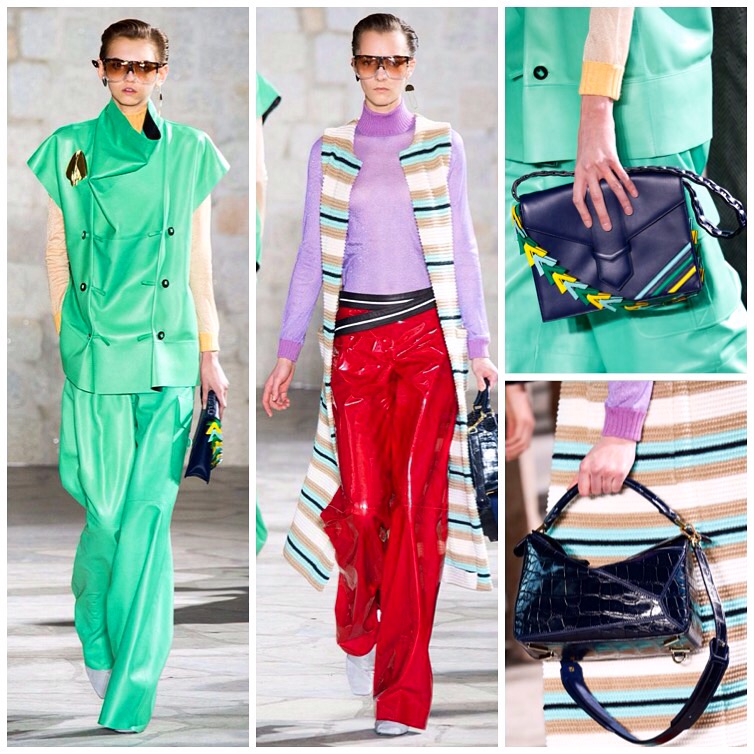