Sophia Webster has announced her latest collaboration and it’s with none other than everyone’s favourite doll, Barbie. Fusing Webster’s signature perspex detailing with the plethora of pink that is so synonymous with the blonde bombshell, the collection is one that exudes both the personalities of the two fashion favourites. It also marks a first for the famously vertiginous pin-up: flat shoes.

“Creating a shoe collection for Barbie has always been my dream project, but getting to be a part of her embracing flats for the first time made it extra exciting, and deeply personal,” Webster told us. “I love that this concept strikes a balance between dreams and reality – the idea of getting Barbie in some hi-tops and setting her loose in East London instantly appealed.” 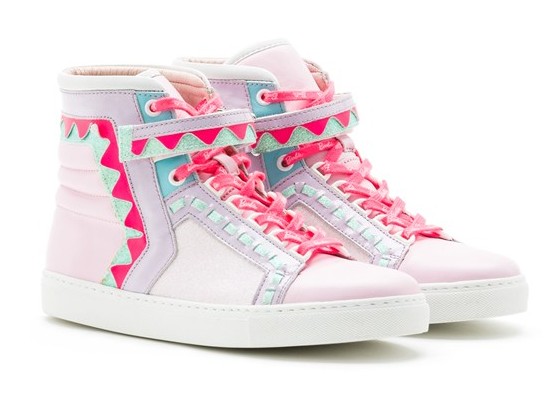 Barbie by Sophia Webster comprises nine styles: six for adults, including two pairs of trainers, one pair of flat sandals and three pairs of heels; and three mini-me versions for children, and will launch in Selfridges nationwide and Webster’s website next Thursday, August 27.

But Webster has clearly caught the Barbie bug. Next month she is launching a limited-edition doll which will be encased in a specially designed box and will be wearing a miniature pair of Barbie by Sophia Webster Riko hi-top glitter trainers. 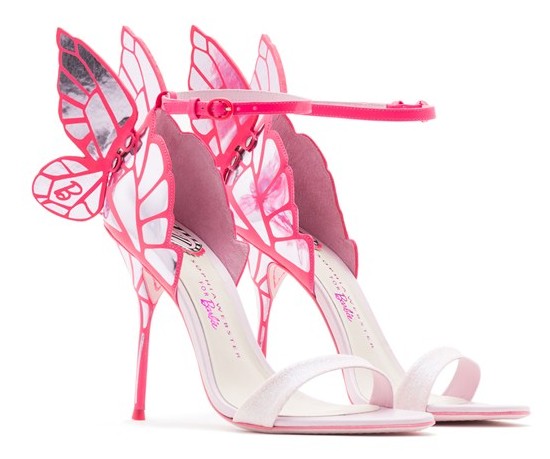