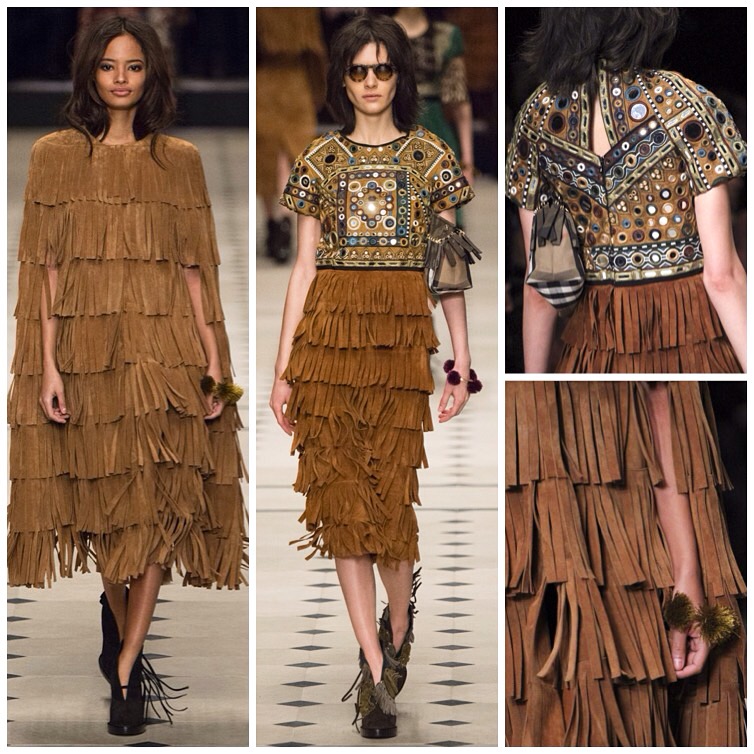 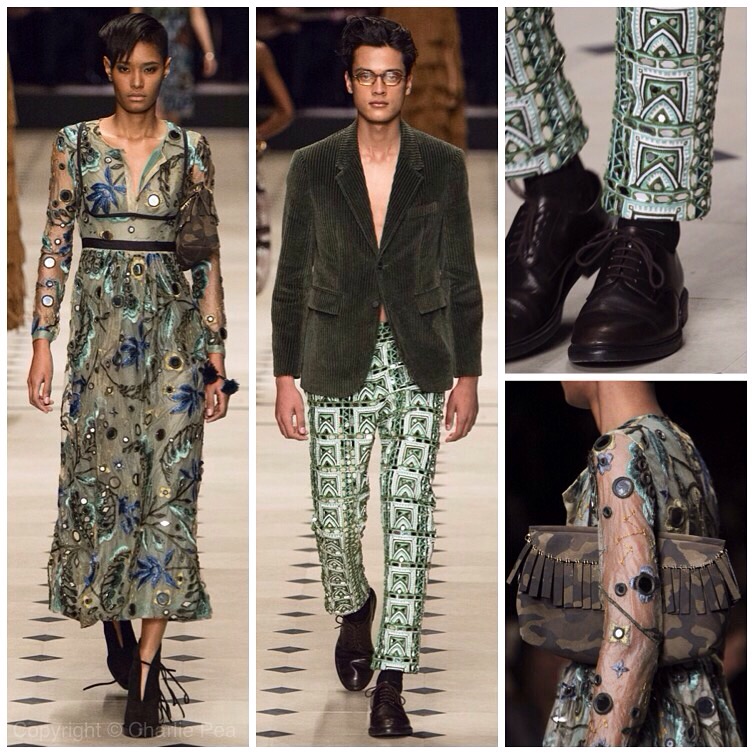 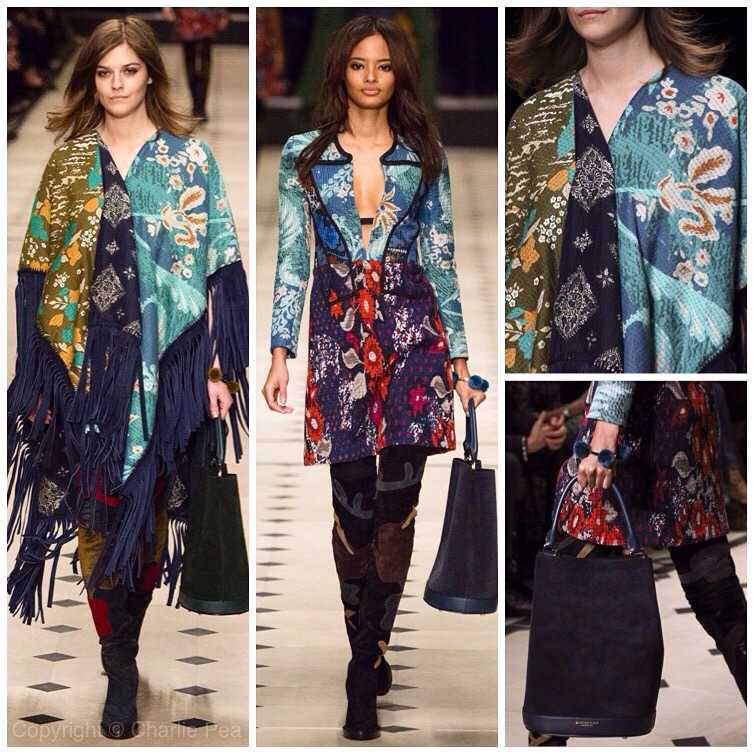 Singer Clare Maguire once again took to the Burberry Prorsum catwalk – as did the second chapter of Christopher Bailey’s tale of studious and exotic bohemia, the first half of which we also saw at the menswear shows.

So it was a continuation of pattern, patchwork and print (that was also, in fact, the title of the collection) and all the pieces and ideas that during the boys’ show we’d wanted to see turned into pieces we could more easily wear: heavily fringed ponchos (that seemed even to take precedence over the trench this season); mosaic-encrusted crop tops on whimsical folk dresses; gorgeous leg-lengthening suede patchwork boots (which were impossible to know where they might end); multi-fringed trench coats (entirely dripping in tan strands); little natty waistcoats atop the aforementioned vintage-y dresses; and quilted floral jackets, and of course more trenches in any and all of the combinations above. There really was one for every taste.

Colours were deeper and darker, heartfelt and romantic: teal, maroon, olive and a darkened magenta. Pom-poms nestled at wrists worn as bracelets and ankle boots boasted bursts of fringing at their heel. Empire lines ruled, quilting brought a crafty touch and there was leopard print to be found too.

This was a free and liberated collection that shifted itself into the Sixties and the Summer of Love more than anything else, and so these were Burberry’s flower children. 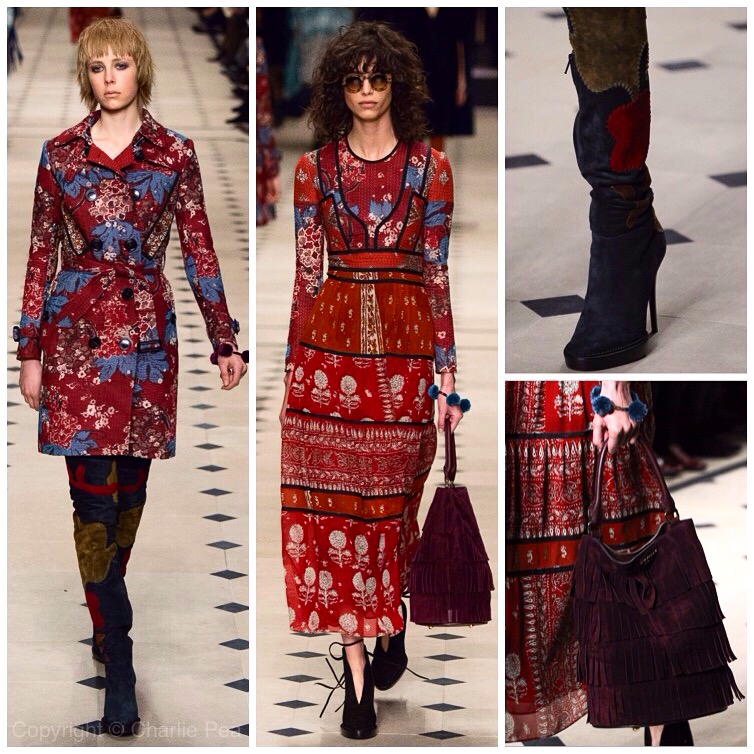 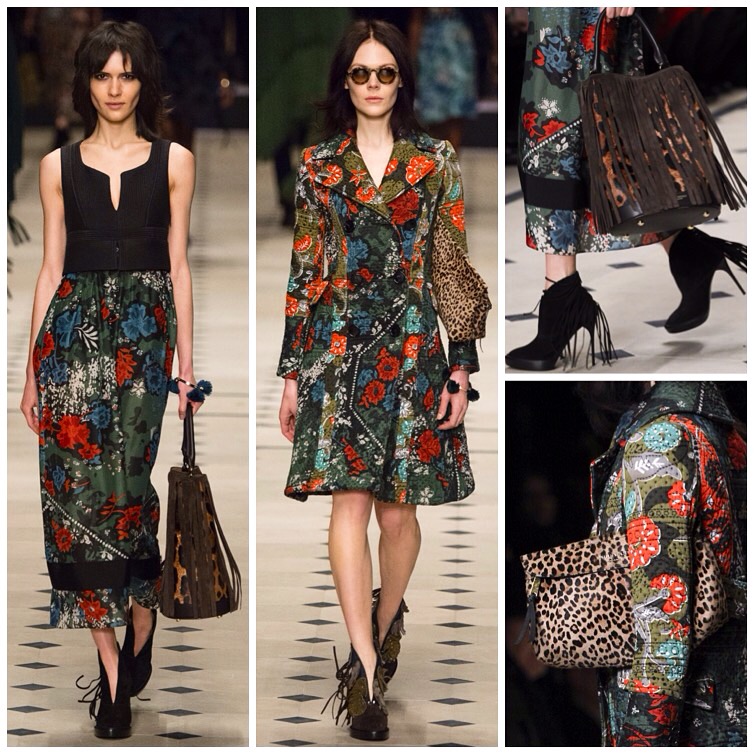 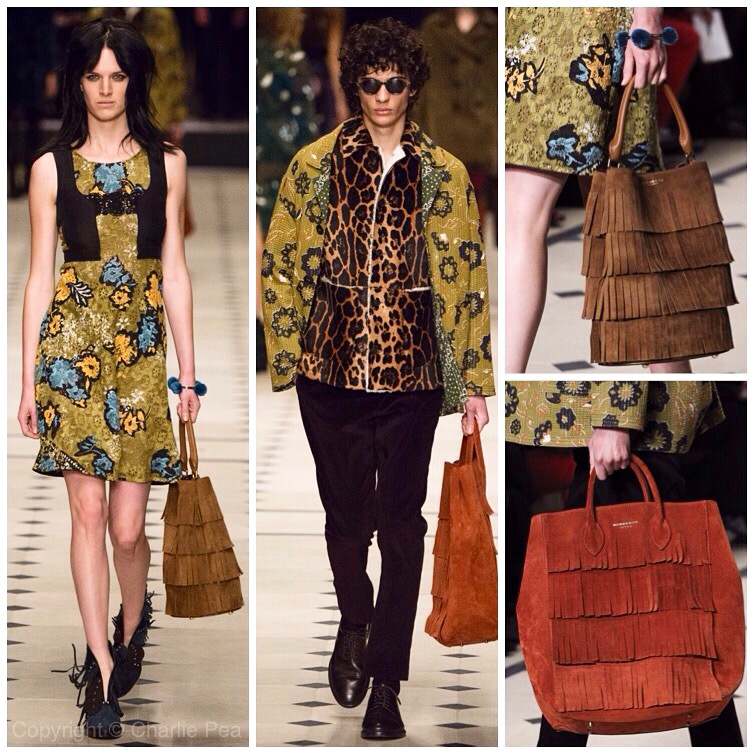