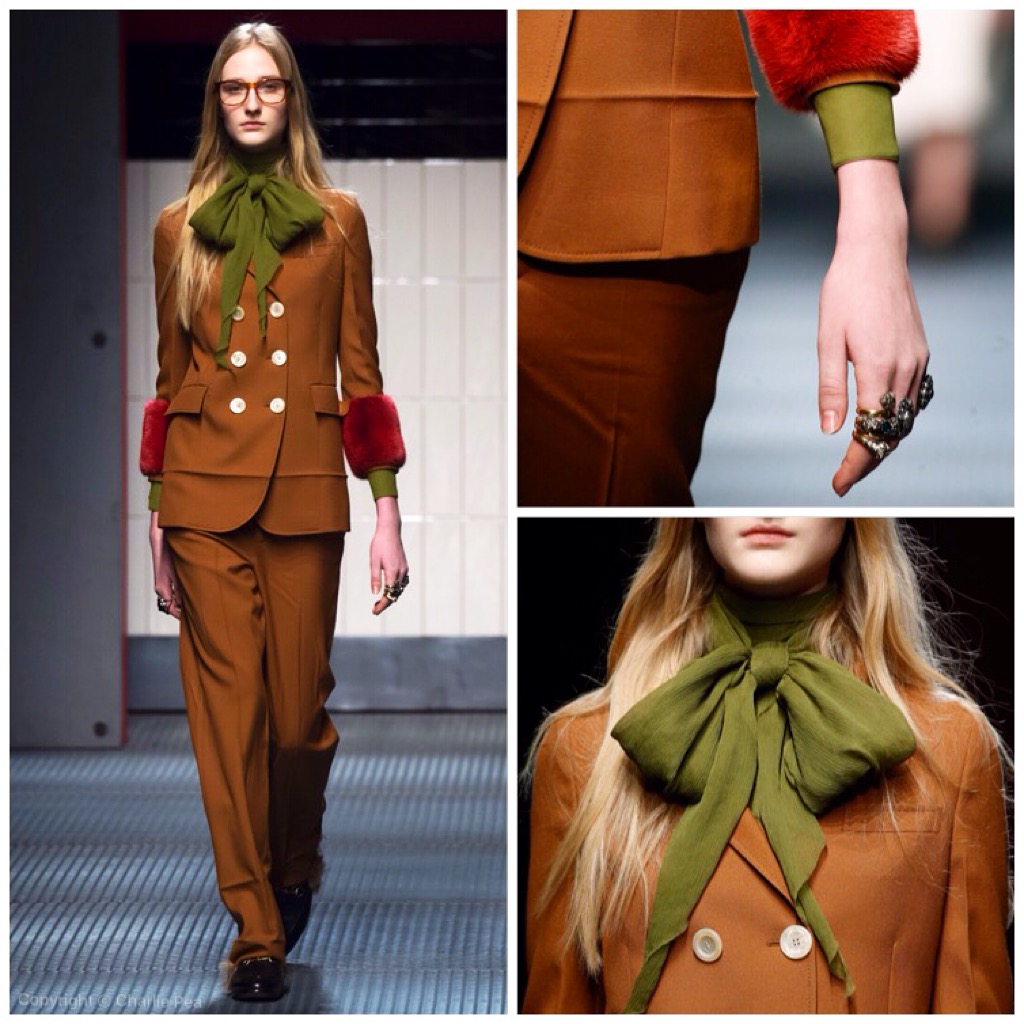 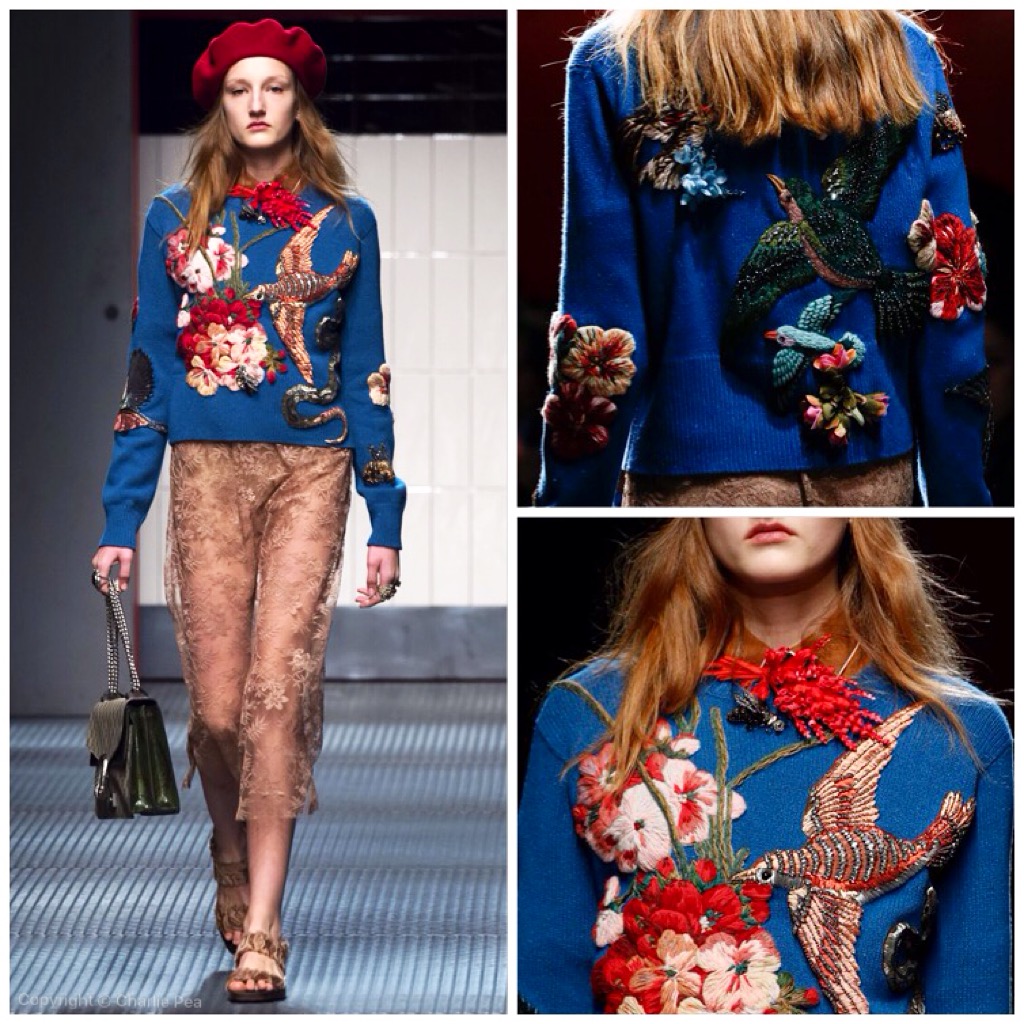 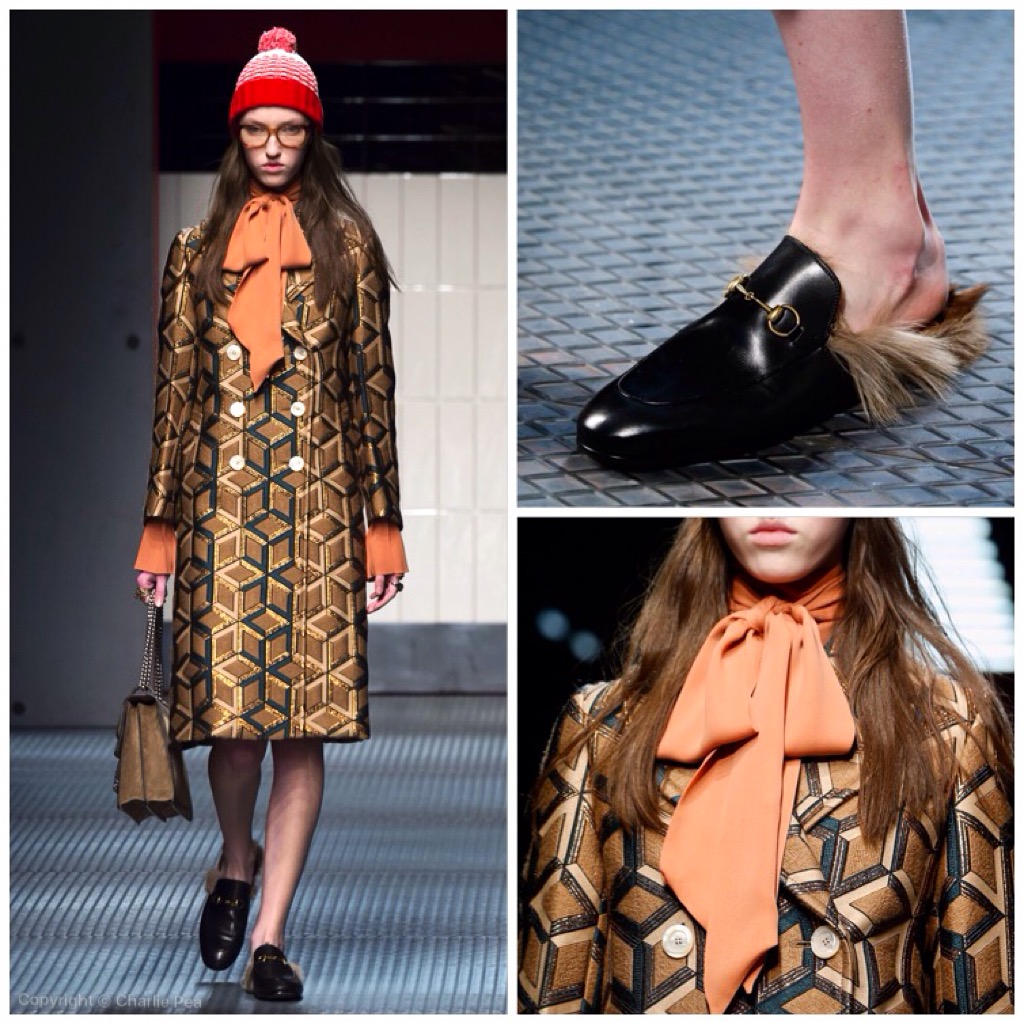 Alessandro Michele enjoyed his moment officially in the spotlight for this collection. The former head of accessories at Gucci was crowned creative director back in January after Frida Giannini, the label’s creative director for the past decade, left prematurely. This was supposed to have been her last collection for the house – but instead, in something of shock surprise, Michele had been installed in time to lay foundations for change at the menswear show. In fact he completely redid it at the last minute. And with it came a turnaround from the high octane sensibility we’re so used to seeing.

Everything about this collection was soft, youthful and had a sense of freedom: floral prints on chiffon tiered and pleated dresses; loose tousled hair with flowers gently fastened in; pussy-bow blouses; cuffs fluting from billowy blouses; lace (red, just like in the menswear collection); neck scarves; an overall folk-craft tone.

There was a distinct aristo-Englishness to it, something a little eccentric and ambiguous – this wasn’t made with a Milanese woman in mind, the kooky-cool naivety imbued with quintessential British charm. There were jaunty berets and tank-top knits, androgynous crumpled tailoring and studious specs. And it felt young too, a new audience on Michele’s agenda – one who is seduced by clothes that aren’t hard work.

It was about going back to heritage pieces, specifically those that belonged to Gucci as opposed to just having a rifle in the back of one’s wardrobe, though that idea played a part too. It was in the details – the loafers, the bags, the floral prints – and going back to that original idea of Gucci luxury. And there was a nod to that girl-boy gender blur in dressing too – something that feels important in fashion right now – especially in the way it was styled.

The show notes indulged with a paragraph about “stored-up possibilities”, “the freedom to construct new meanings” – and it was very clear from the output here that Gucci’s new chapter has begun. 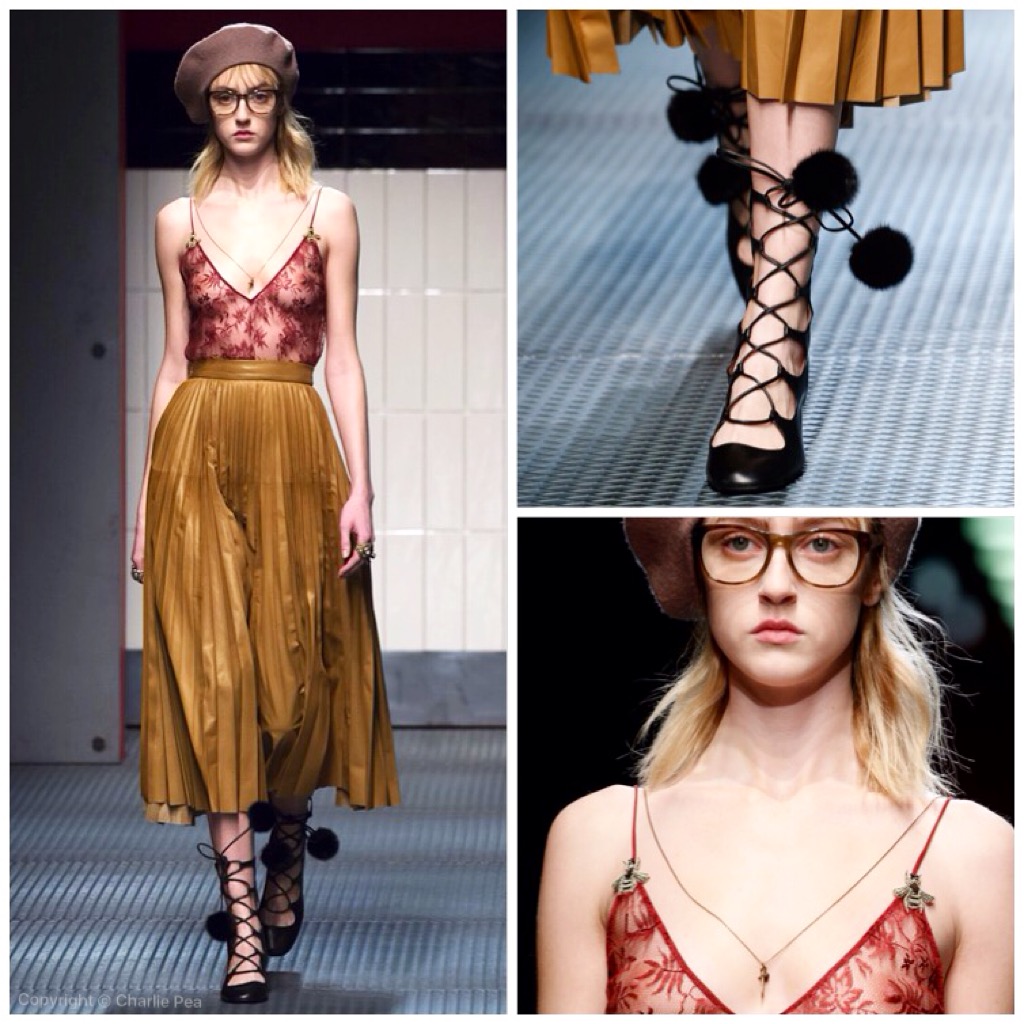 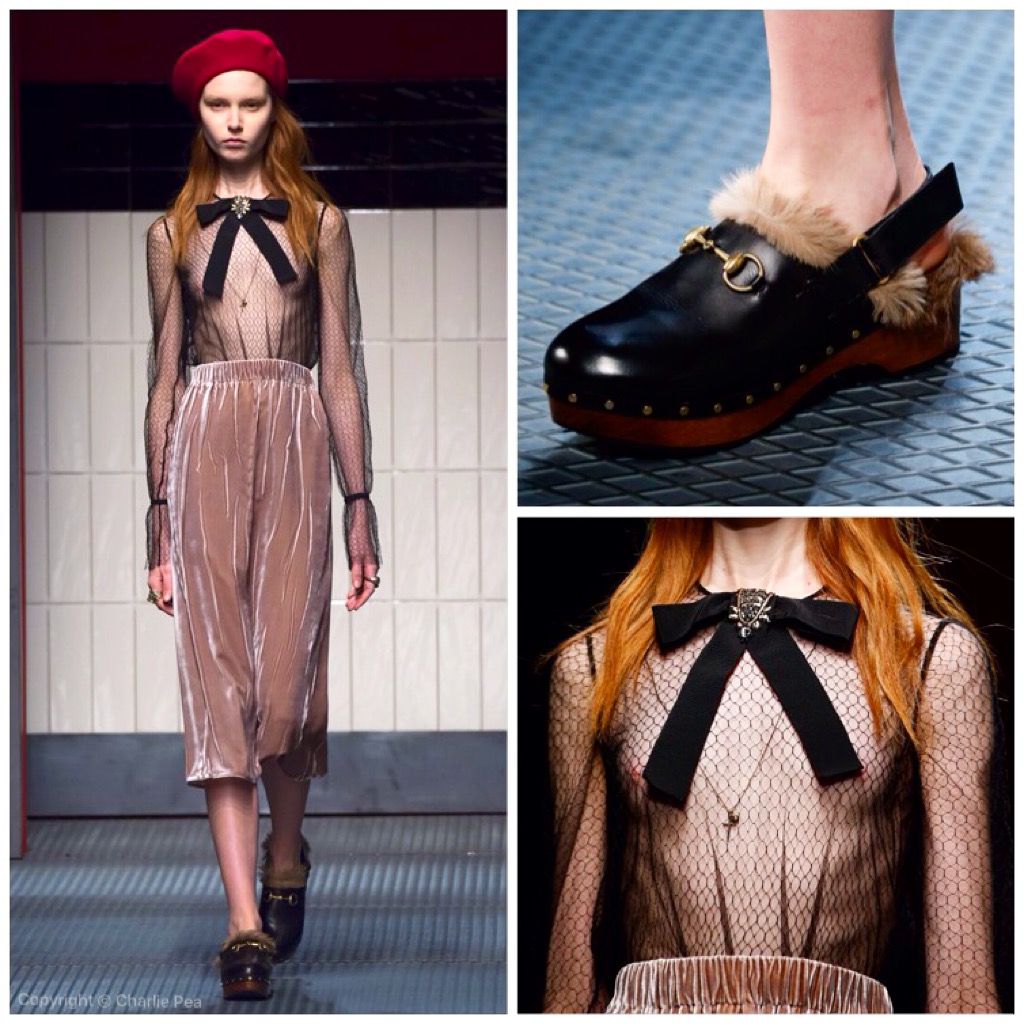 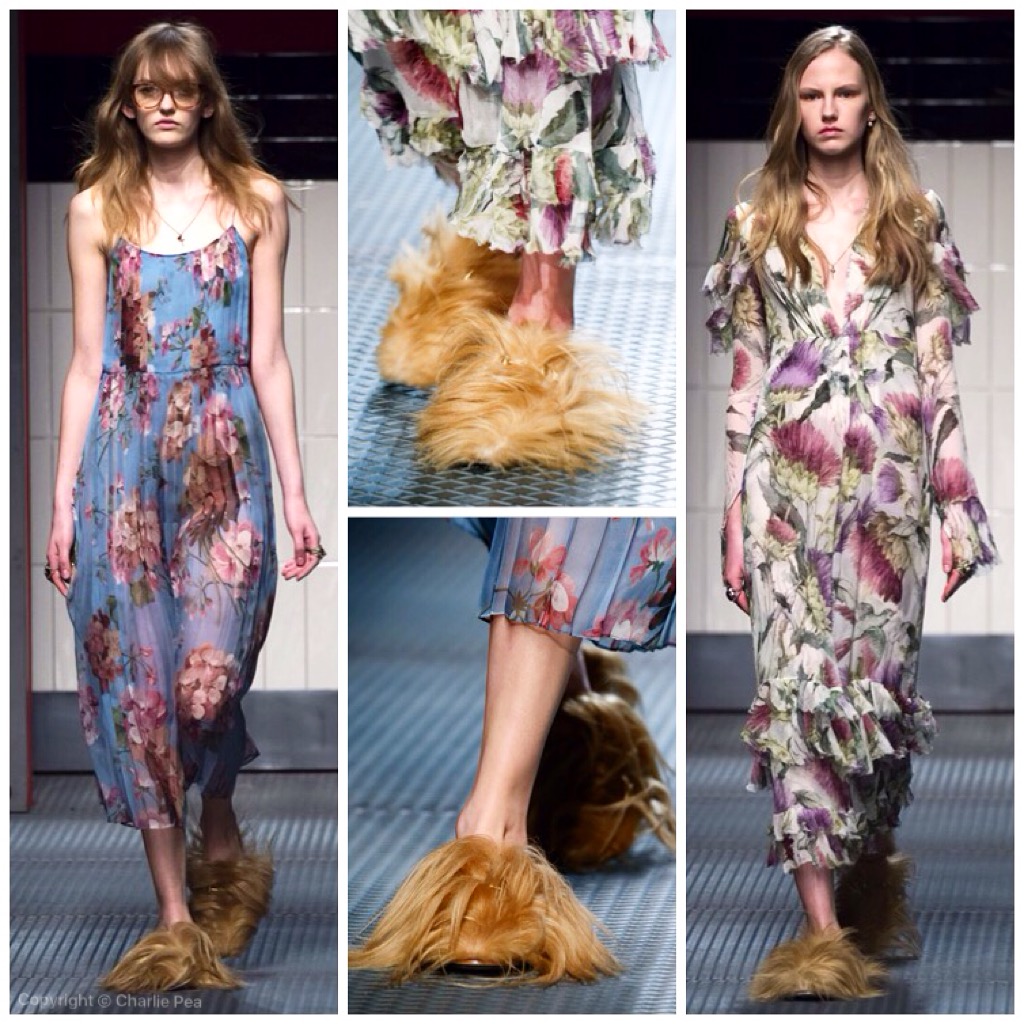