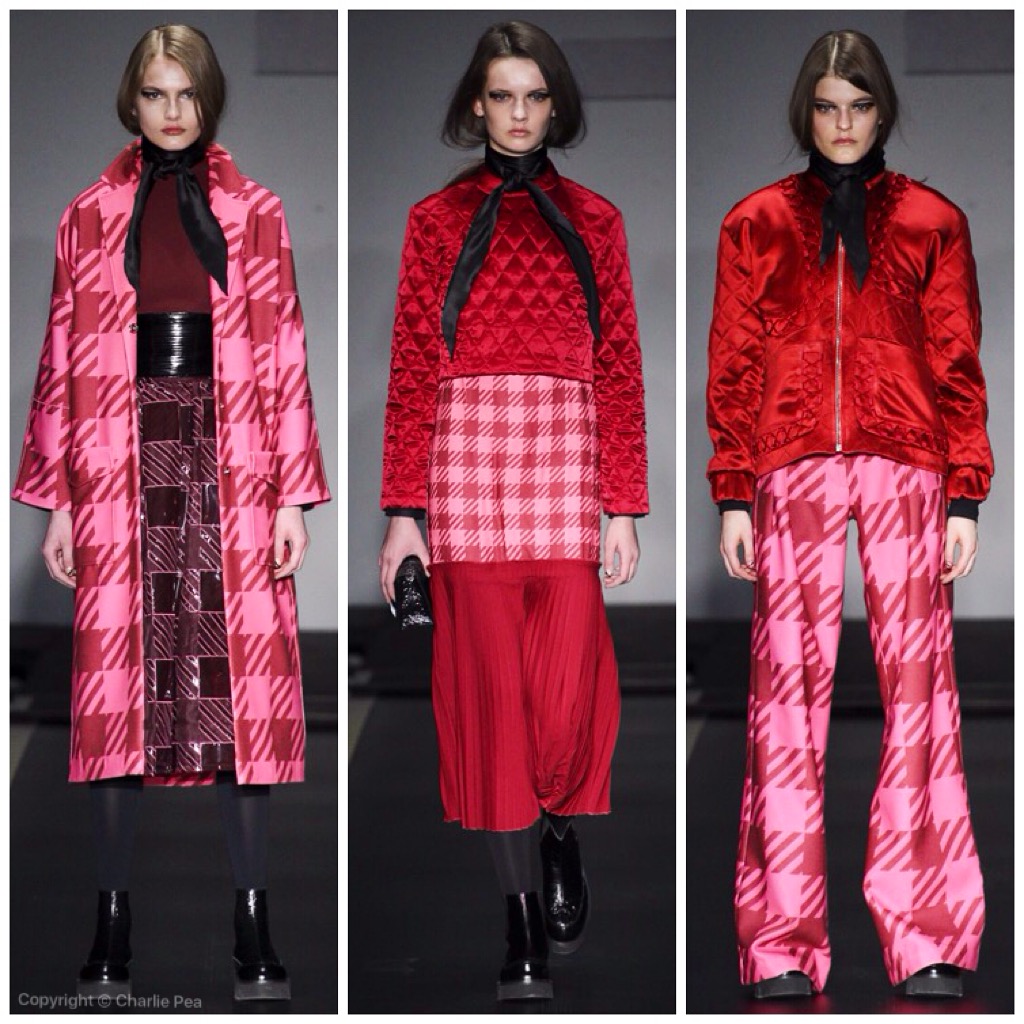 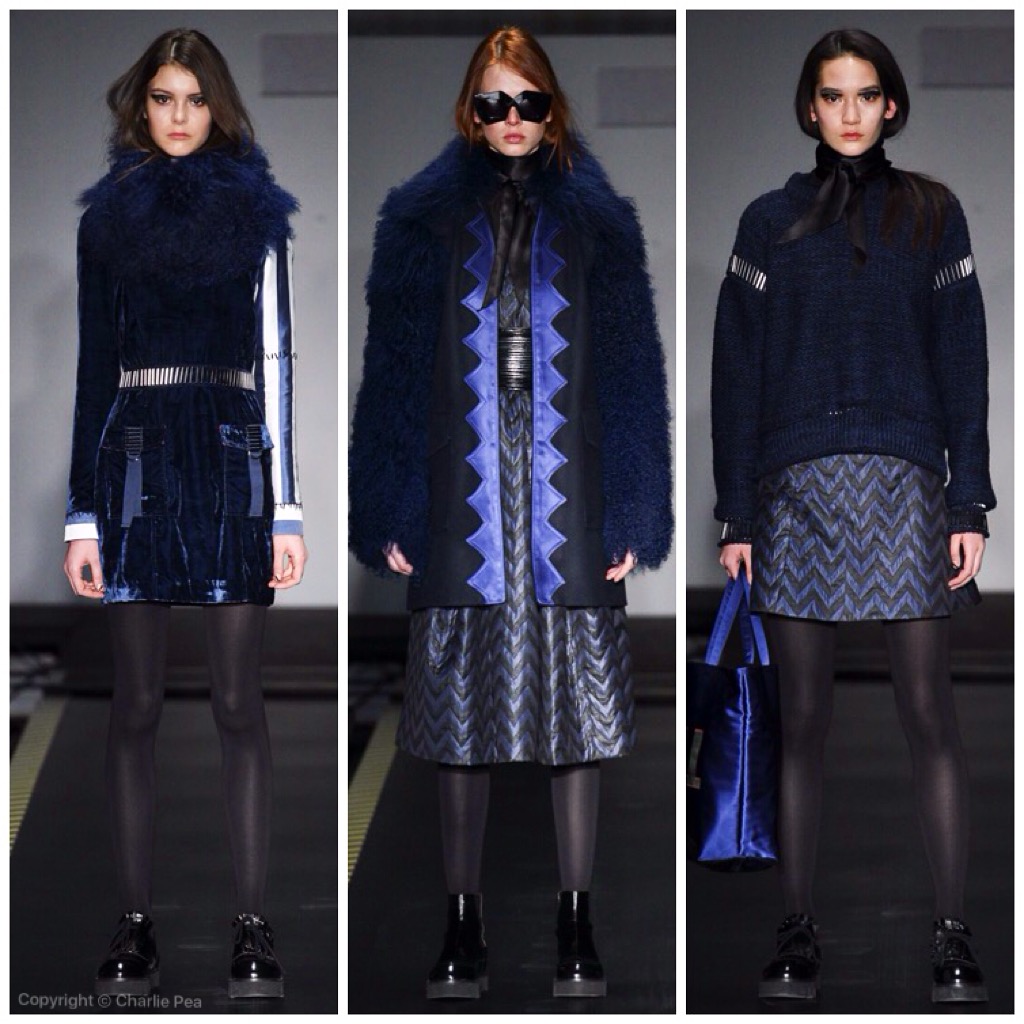 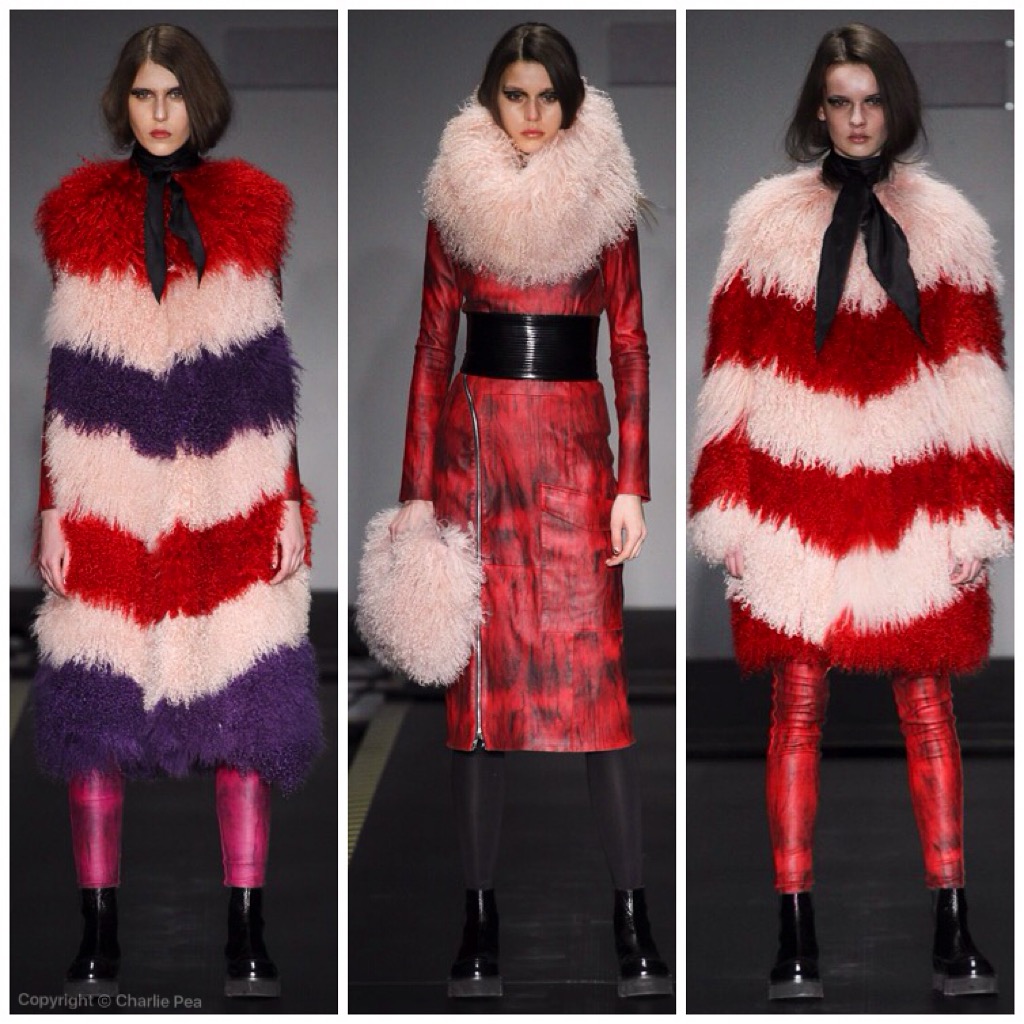 The money shot this evening was capturing and consequently tweeting the conveyor belt catwalk that provided the backdrop of the House of Holland show. First look? Snap! The catwalk is moving! Snap! Snap! And snap some more.

If there’s a designer who knows how to use bells and whistles to his advantage, it’s Henry Holland, who enjoyed his own moment of movement to take his bow. A great fun concept, sure, but what of the clothes?

“Tough uptown women; trustafarian street urchins,” described the show notes – which revealed itself as looks deriving from the fast lane of life. Chevrons and go-faster stripes making for patterns of dropped-waist dresses to mimic the warning tape on the catwalk’s edge; leather trousers were protective but street svelte; natty scarves came with each look and had a Penelope Pitstop-ness to them; velvet dresses were short and utility chic; and oversized shades were made surely for wearing with the rooftop of the car down.

Dogstooth checks – in pink and purple – and tartans picked up on pre-collection themes, while fluffy Mongolian sheepskin jackets made for new-season eye candy in marshmallow shades.

“Tough, kinky, put together” – it’s probably all of these, but lent itself more to fun with that catwalk stealing the limelight. 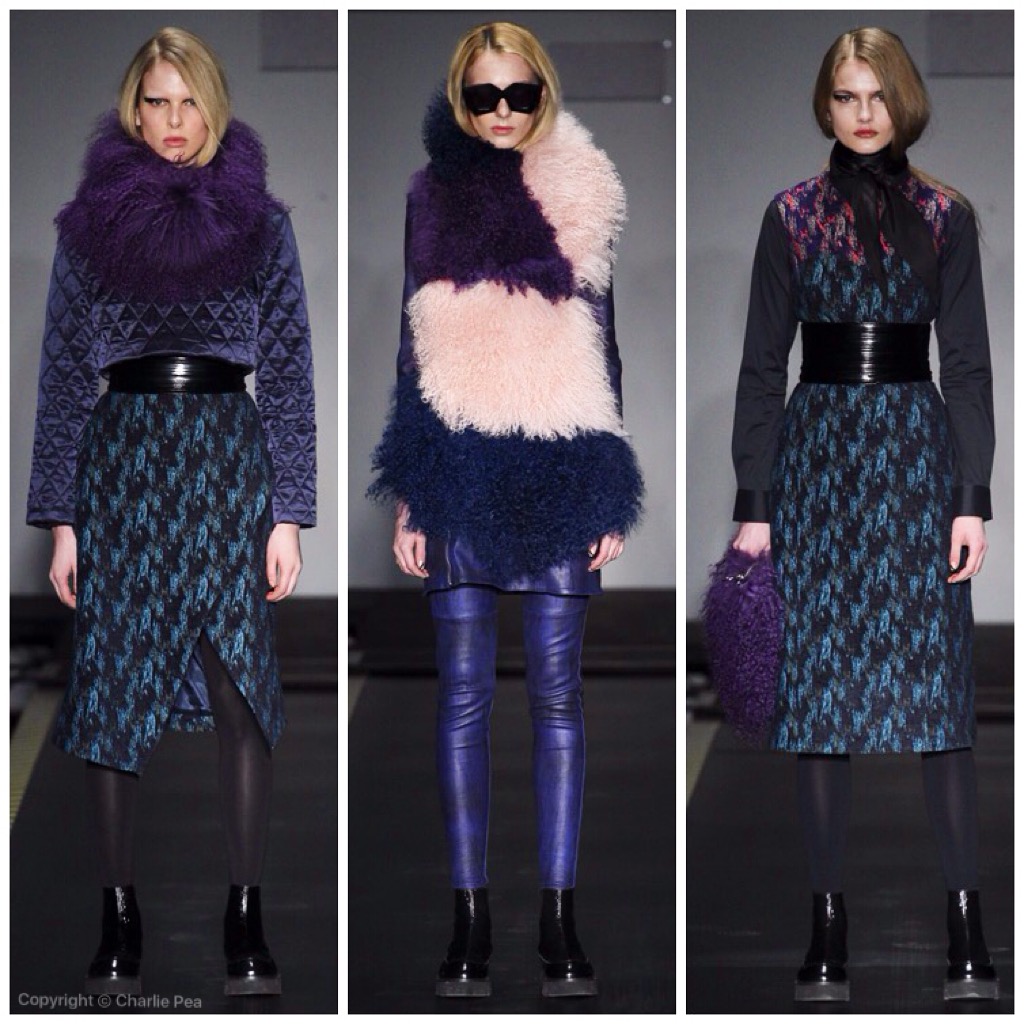 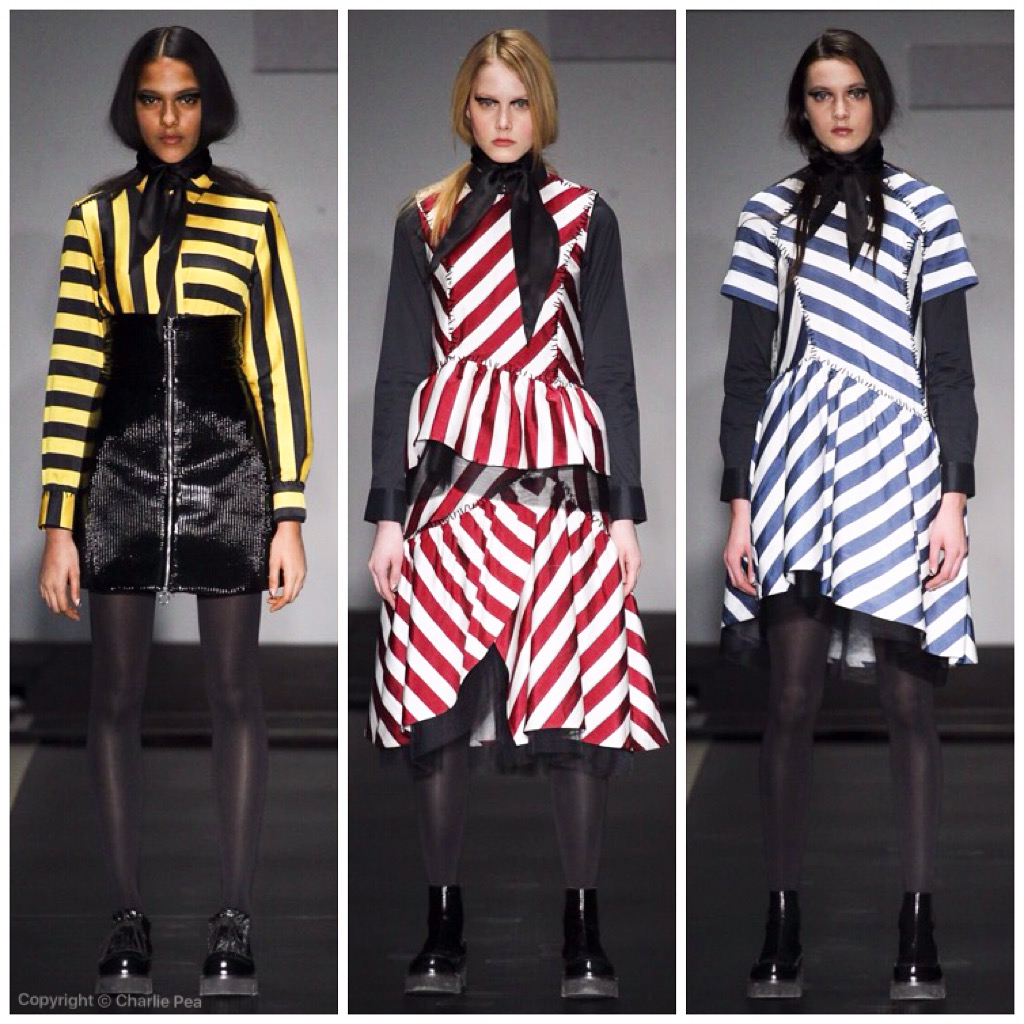