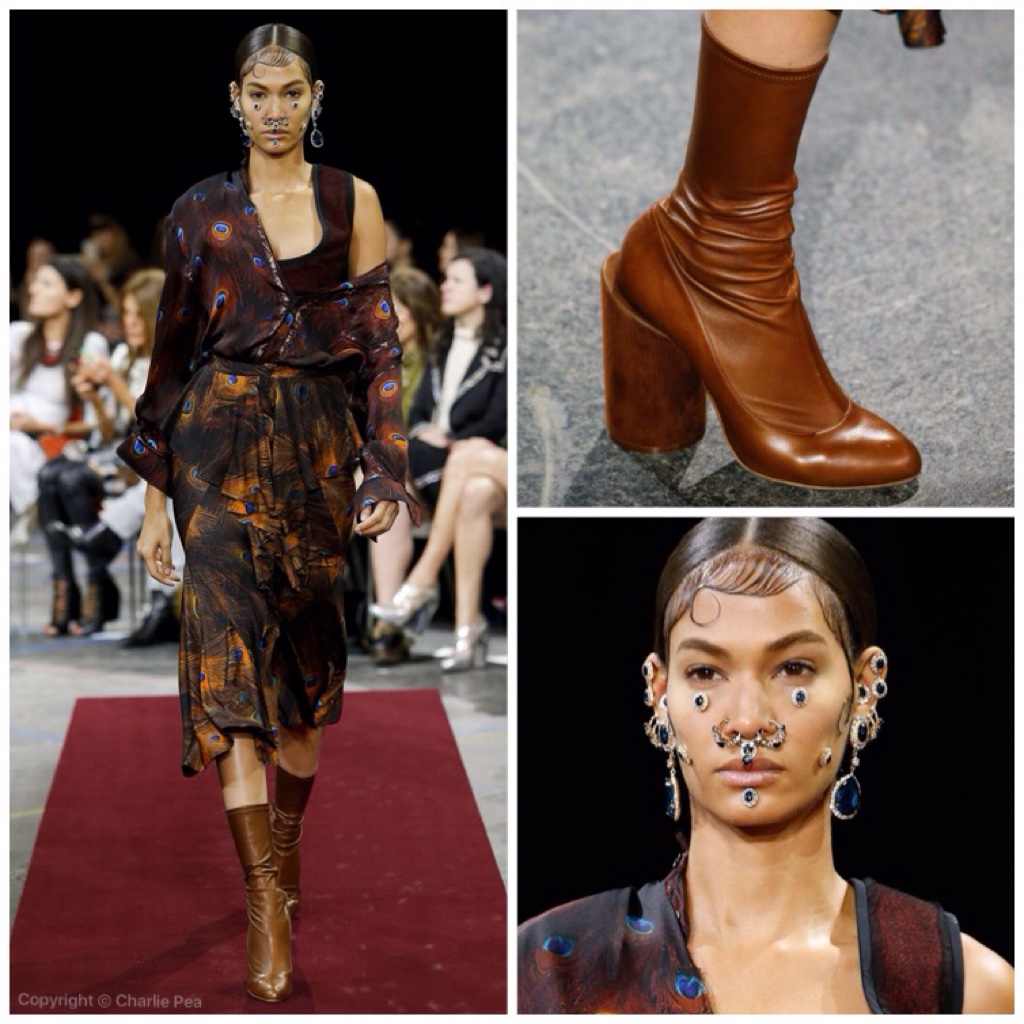 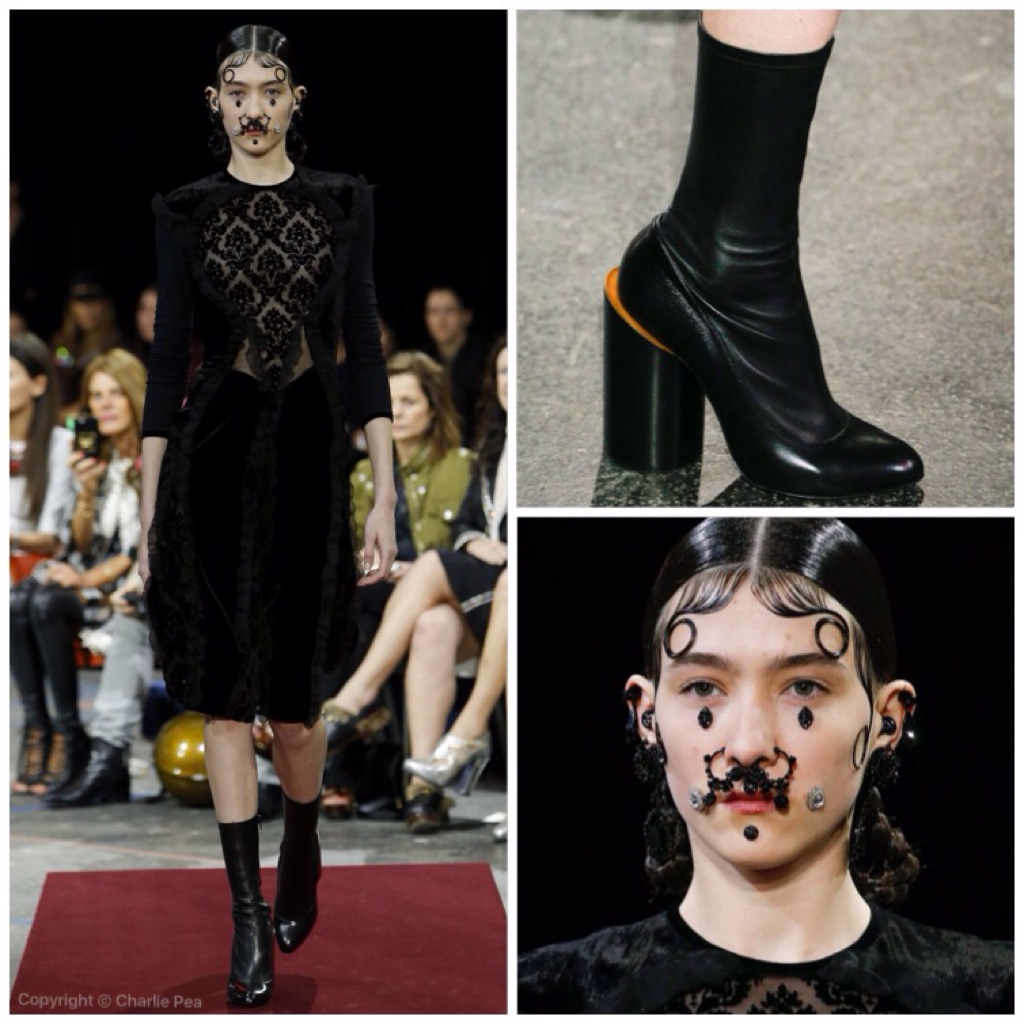 Riccardo Tisci once said that the mark of a successful designer is having an identity. He has that in spades. From the get-go, it was clear this collection drew parallels to his spring/summer 2012 couture collection, that same face jewellery employed then, as now, was hard to miss – the jangling nose rings, cheek ‘piercings’ and dramatic ear decoration proved the perfect accoutrement to tightly braided hair and kissing curls.

It was all borrowed from the Chola girl gangs in South America, so too the set for the show, a warehouse loaded with pinball machines, video games and basketball hoops, exactly the sort of place to wile away the hours of a misspent youth. But Tisci is a skilled alchemist when it comes to clashing cultures; who else but him could then go on to explore the dark and poetic spirit of the Victorian period, and wrap up those two disparate worlds into something beautifully feminine and artful.

From the flocked frock coats, to matador and tailed ringmaster jackets restricted with boned corsets fastened over the top, to those deeply romantic dresses with peek-a-boo cut outs and swishy skirts spliced with velvet and silk, erupting with pinched ruffles at the seams. The craftsmanship here was stellar; panels of honeycomb smocking and opulent beaded jet embroideries were couture standard – every look seemed more highly worked, more decoratively loaded than the next.

Even Tisci’s metallic-spiked peacock prints on whisper-weight silk shirts felt opulent, never mind the skill and man hours involved in working the pattern of that fragile feather into an intarsia mink jacket. 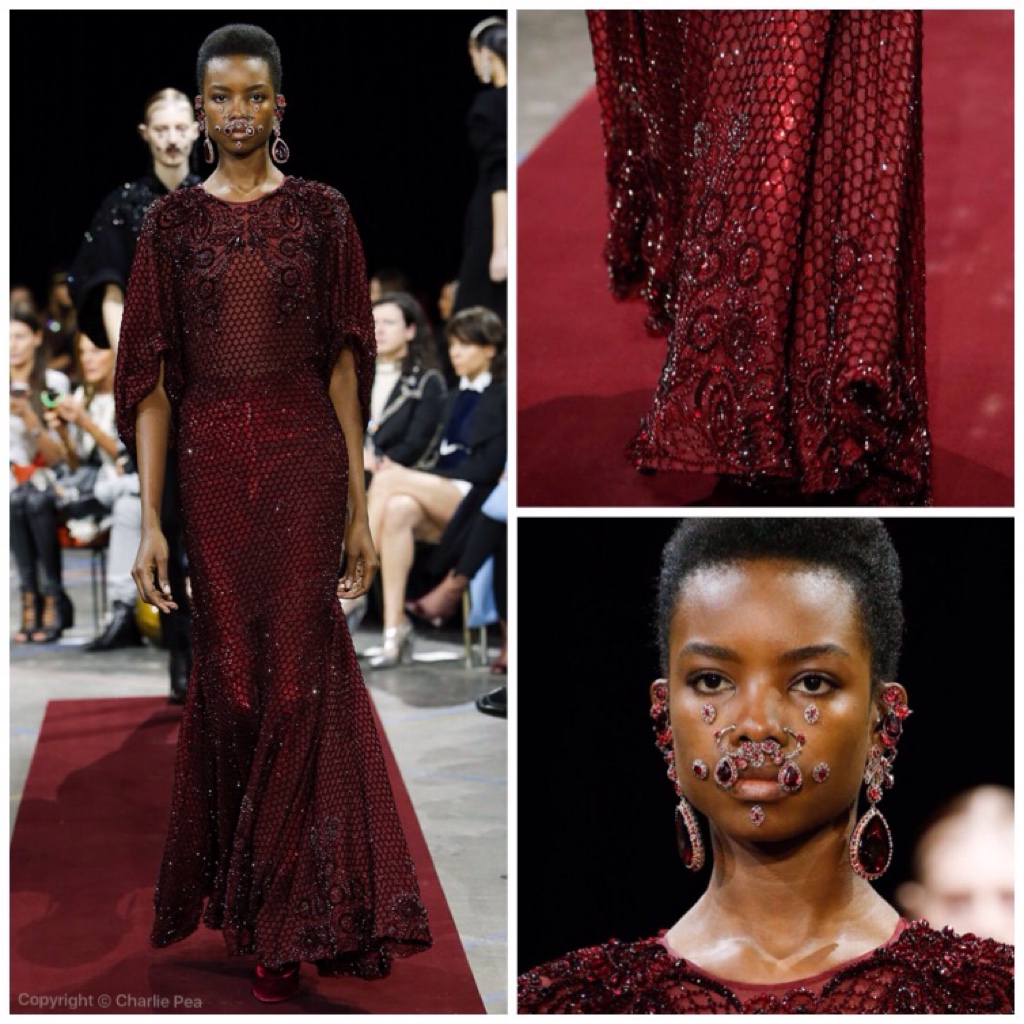 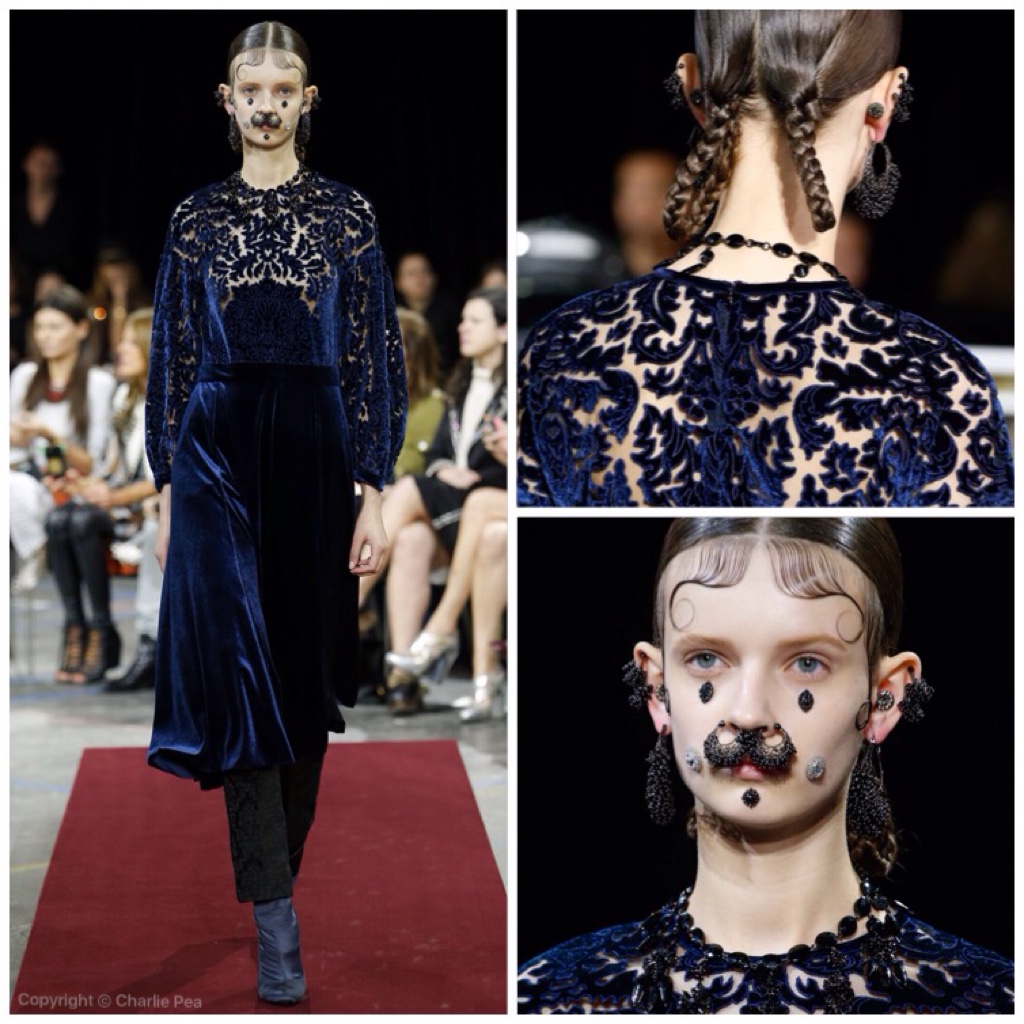