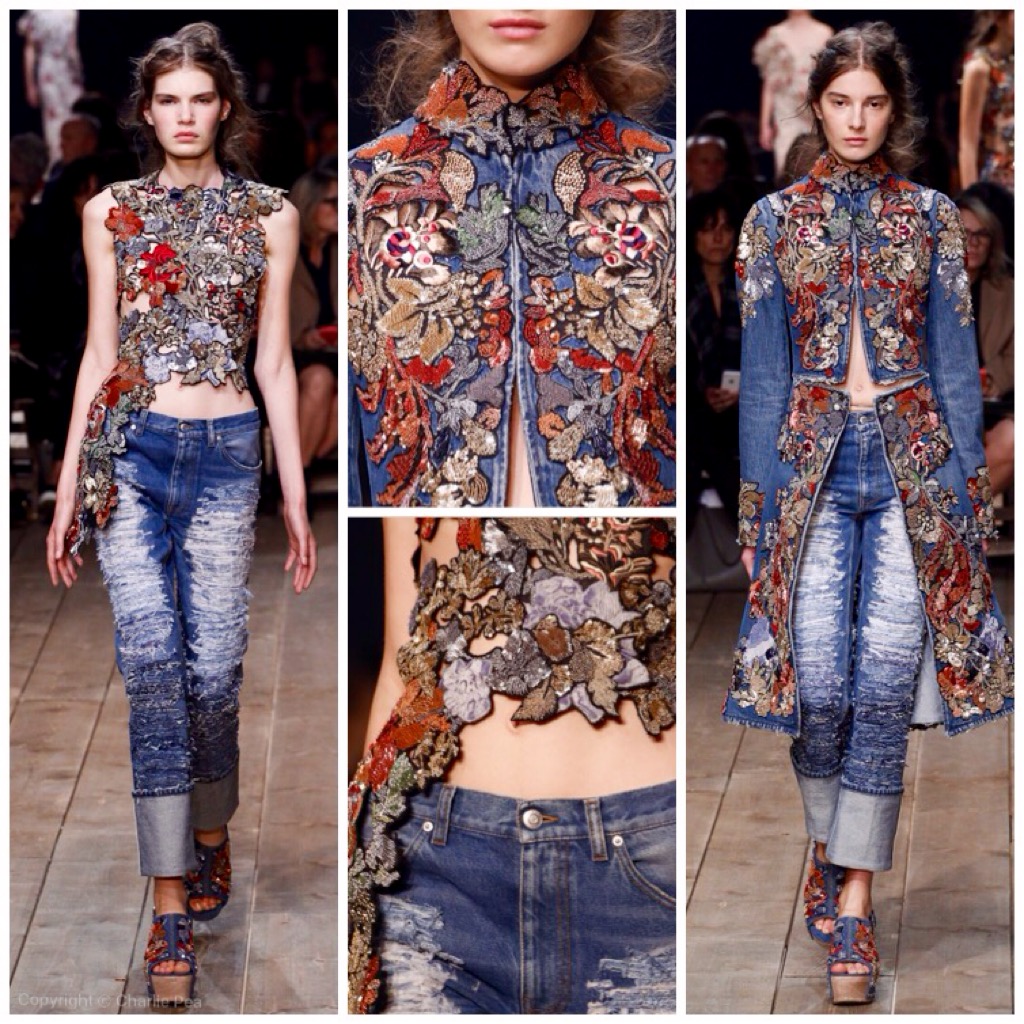 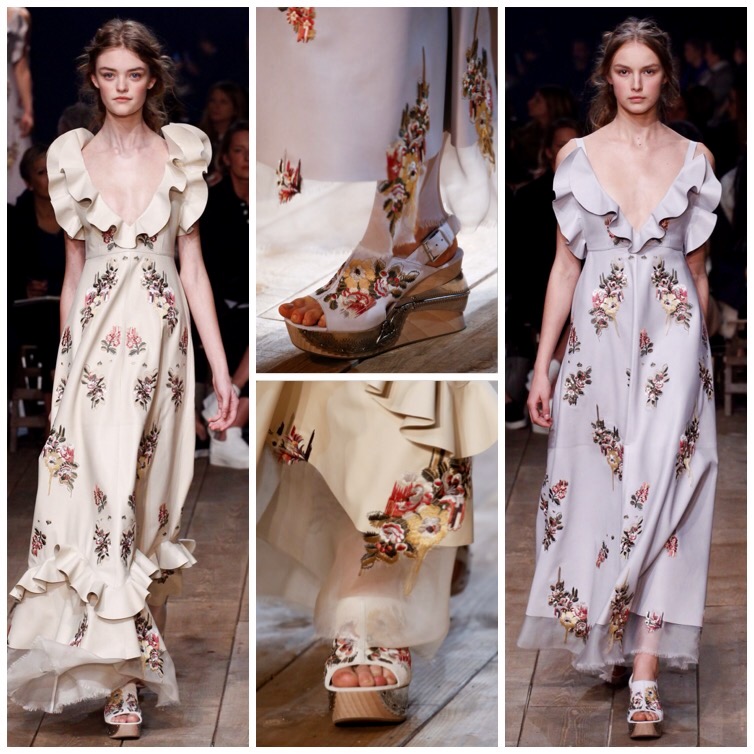 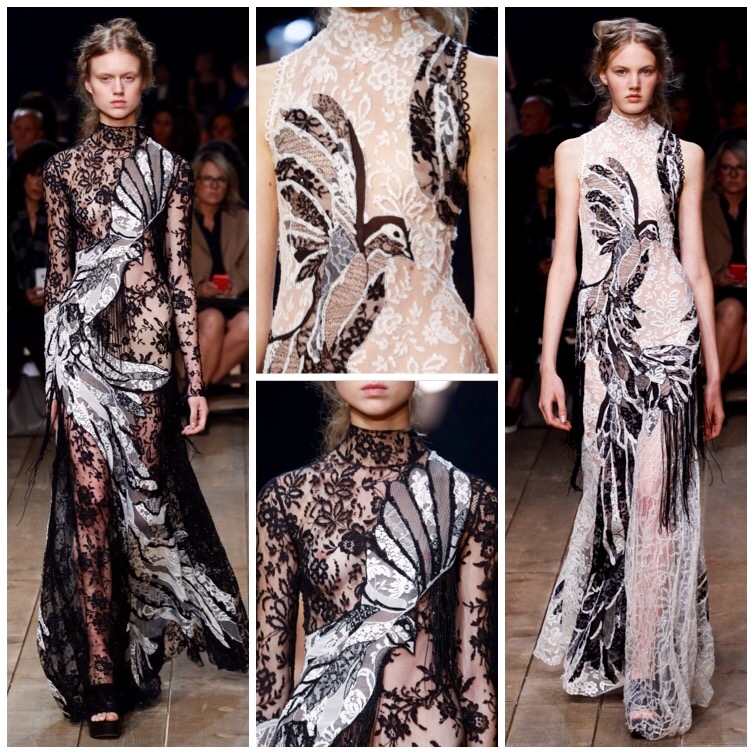 Sarah Burton has long been credited as the light source at McQueen. In previous seasons it’s been subtle, like a crack in a window but bit by bit that window has widened. This show, it was thrown wide open.

Her Alexander McQueen takes a gentler, more feminine approach and that was no truer than in her collection this season: no gimp masks, no crazy hair styling, no set to distract. What she presented was a beautiful, much easier rendering of the McQueen aesthetic.

The people of London’s Spitalfields from the late 17th Century and the Huguenot migrants who arrived as religious refugees were the starting point for Burton, they brought with them a skill in weaving and floral design. Those artisanal crafts were mined to the hilt; along with a love of folklore and the idea of heirloom. Fabrics looked aged and decayed, from gentle frays in the surface of washed silk gowns to jeans with exaggerated cuffs that were shredded to the extreme. 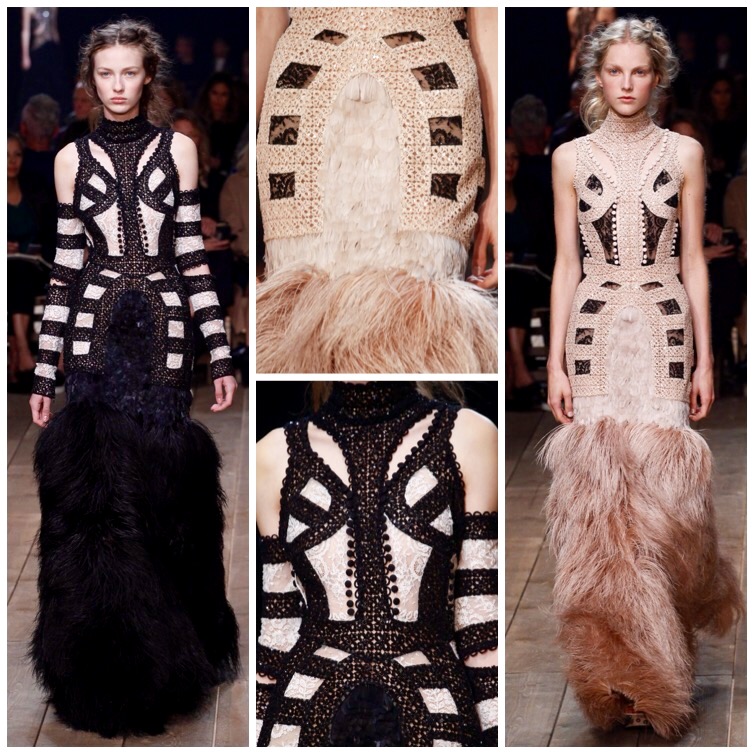 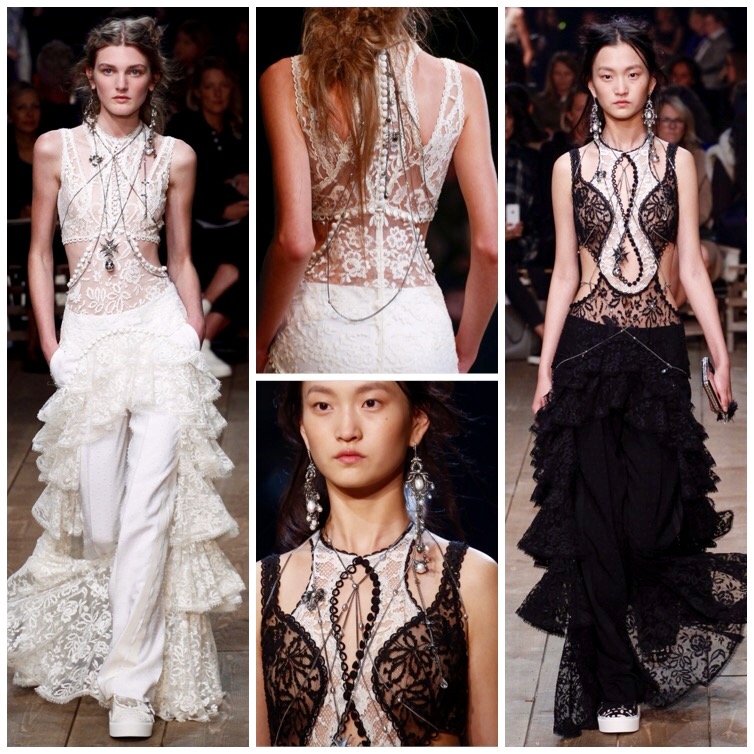 It was bohemian in parts, exotic in others – those Indian-mirrored ivory frock coats being the best example – and above all, deeply romantic. From the Victoriana silhouettes with corseted bodices to the chintz prints comprising hand-painted roses and forget-me-nots, even the little nappa leather jackets had floral embroideries and sprouted tiny ruffles along the shoulder seams.

There was an undercurrent of fetishism here but it was tame and more refined in its execution; silver chain harnesses were draped loosely around the body over razor-sharp black tailoring. But if show-goers were expecting an edge, or even a hint of agitation, it didn’t materialise. This was an ultra-romantic version of the McQueen woman, best illustrated with the closing look: a shredded ruffled shell pink gown suspended by the skimpiest of spaghetti straps, and decorated in tiny covered buttons snaking around the torso and hips. Sublime and a sure contender for red carpets the world over. 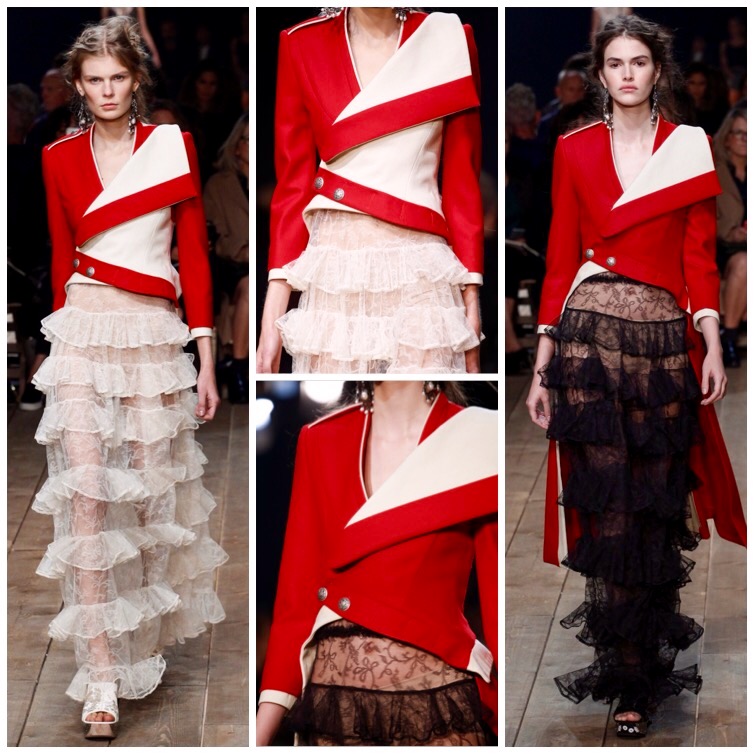 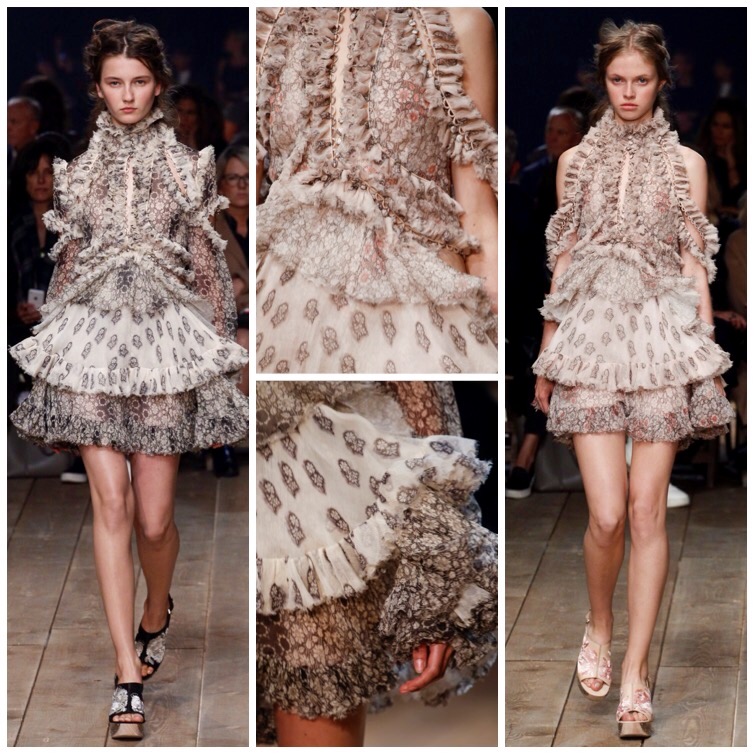