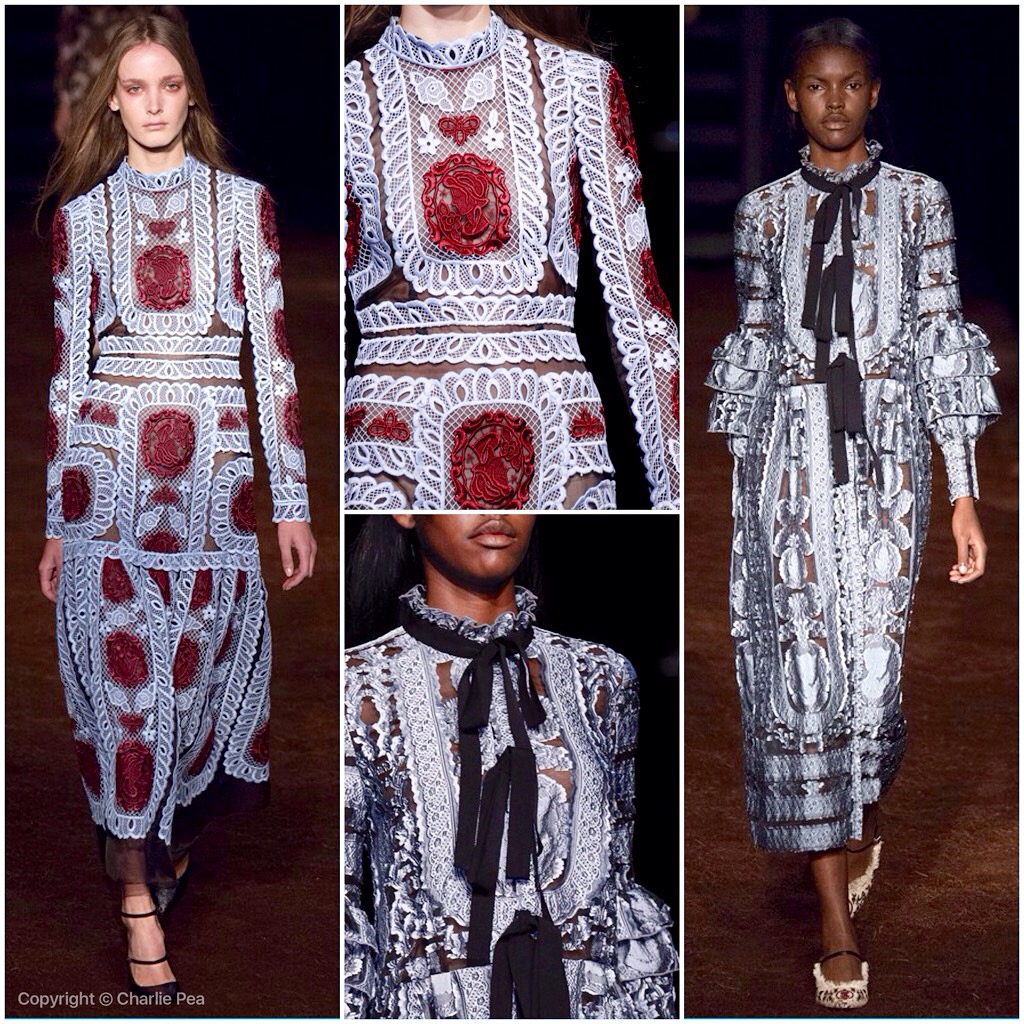 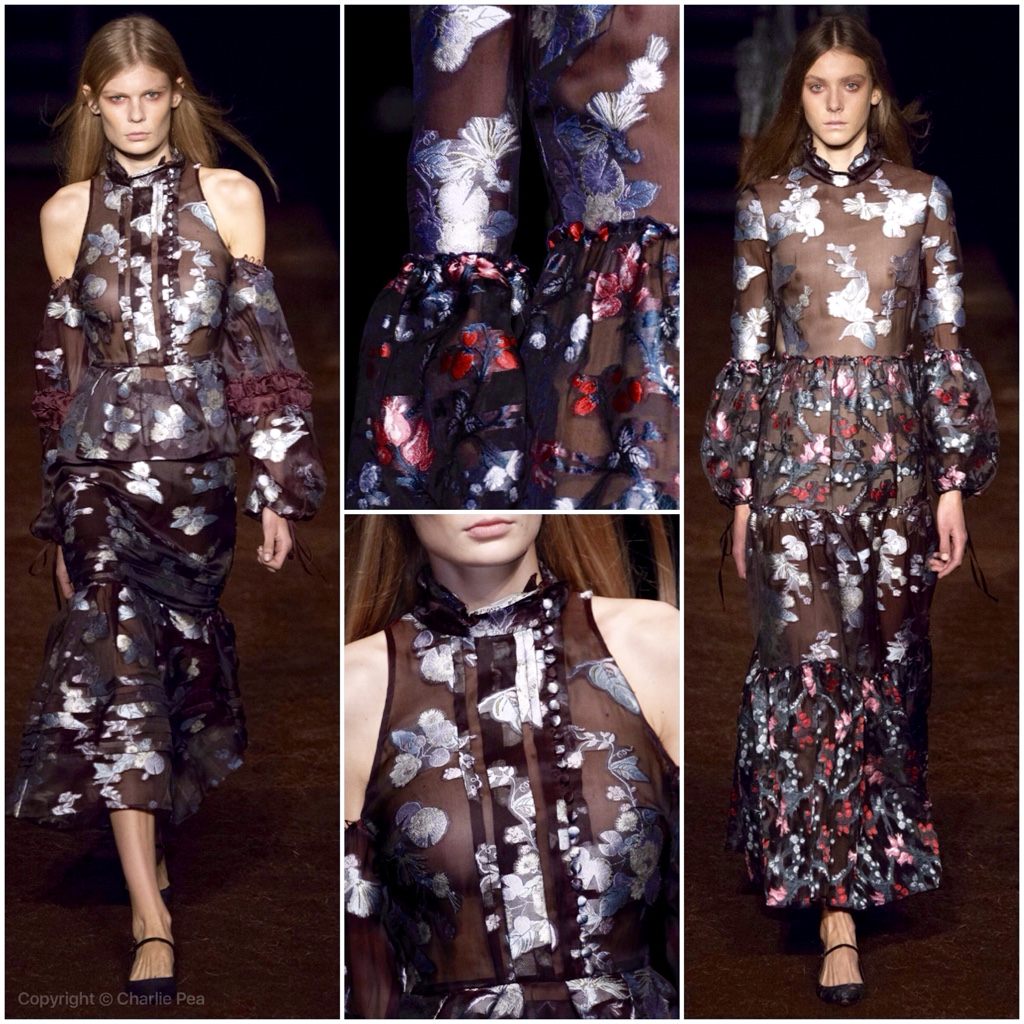 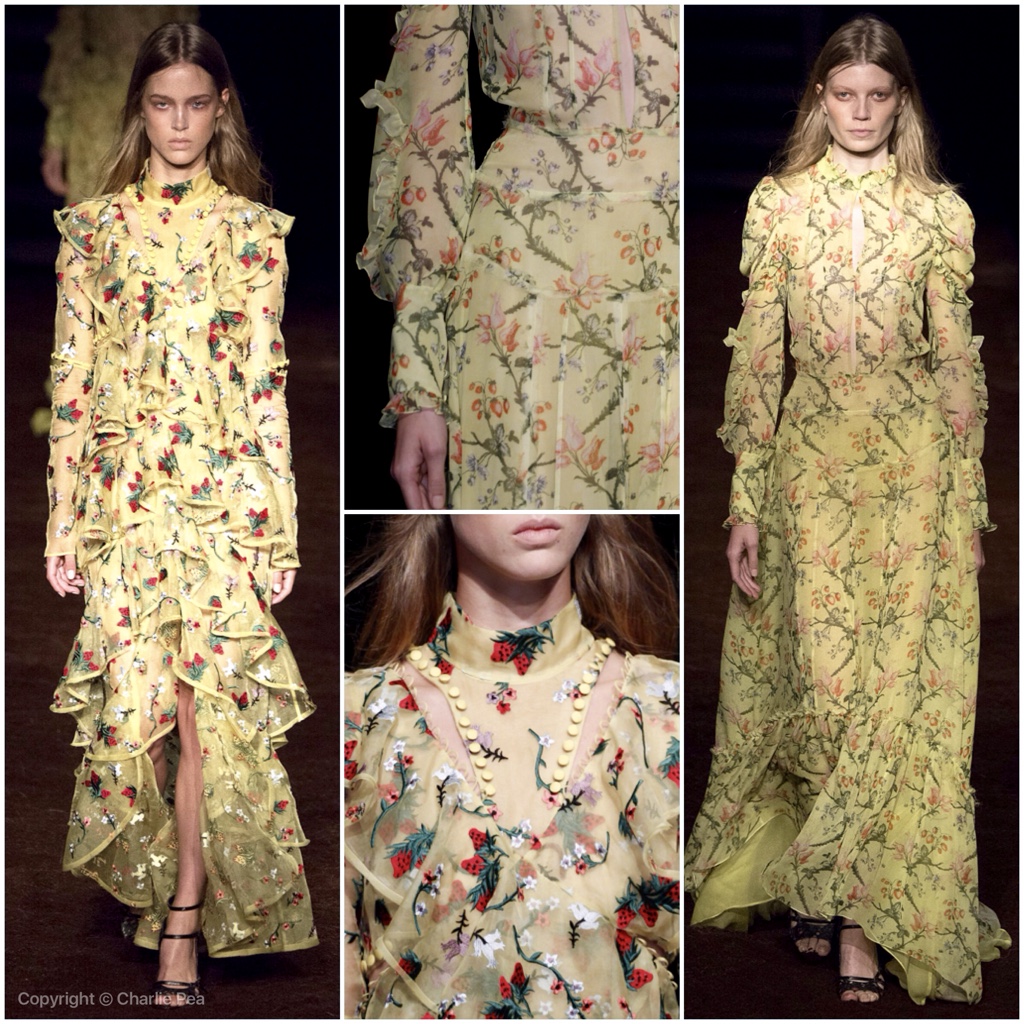 Holding your show in a theatre sets up an expectation of drama, and Erdem was in the mood to entertain us in the stalls – and not just with beautiful dresses, much more of which later.

Facing a long catwalk shielded by black netting on either side, as the sound of thunder and ominous watery deluges played through the sound system. What seemed like a boat, holding a tableau of models, drifted past, still behind the almost sheer net, before the curtains were pulled back to reveal the catwalk. Models walked along what now seemed to us a river path, before crossing a large wooden bridge at the top of the catwalk and making their way back down the other side, layers of fabric swishing as they walked. Prairie-girl high necklines and fishtail frilled skirts set the tone early for an reimagining of life on the plains, through an Erdem lens of course.

Staging dramatics aside, the clothes provided plenty of their own darkness and intrigue – and Erdem’s many red-carpet fans will find plenty that will appeal in the offering. A monochrome lace story will doubtless delight long-time friend Alexa Chung, while tattered mille feuille – seen earlier at Roksanda – played on the spirit of withered elegance still more.

Less obviously pretty than many of his previous outings, helped by the dark setting and ominous soundtrack, a haunting mood of loneliness pervaded the collection. These girls, perhaps not used to the rigours of country life, still wanted to dress up – and Erdem was the man to help them do that, whether or not pretty dresses were needed on the range. The incongruity of the frills and requisite Erdem florals – this time in the form of silvery jacquards and rustic appliqué – recalled a young Miss Havisham-type; not yet completely cut off from reality, but not in touch with the world around her either.

Sometimes joyful, other times melancholy, the brilliance of an Erdem show is in his skill as a storyteller. But would we wear a pale yellow frilled prairie dress covered in climbing flowers to a friend’s birthday party? Just tell us which saloon to go to. 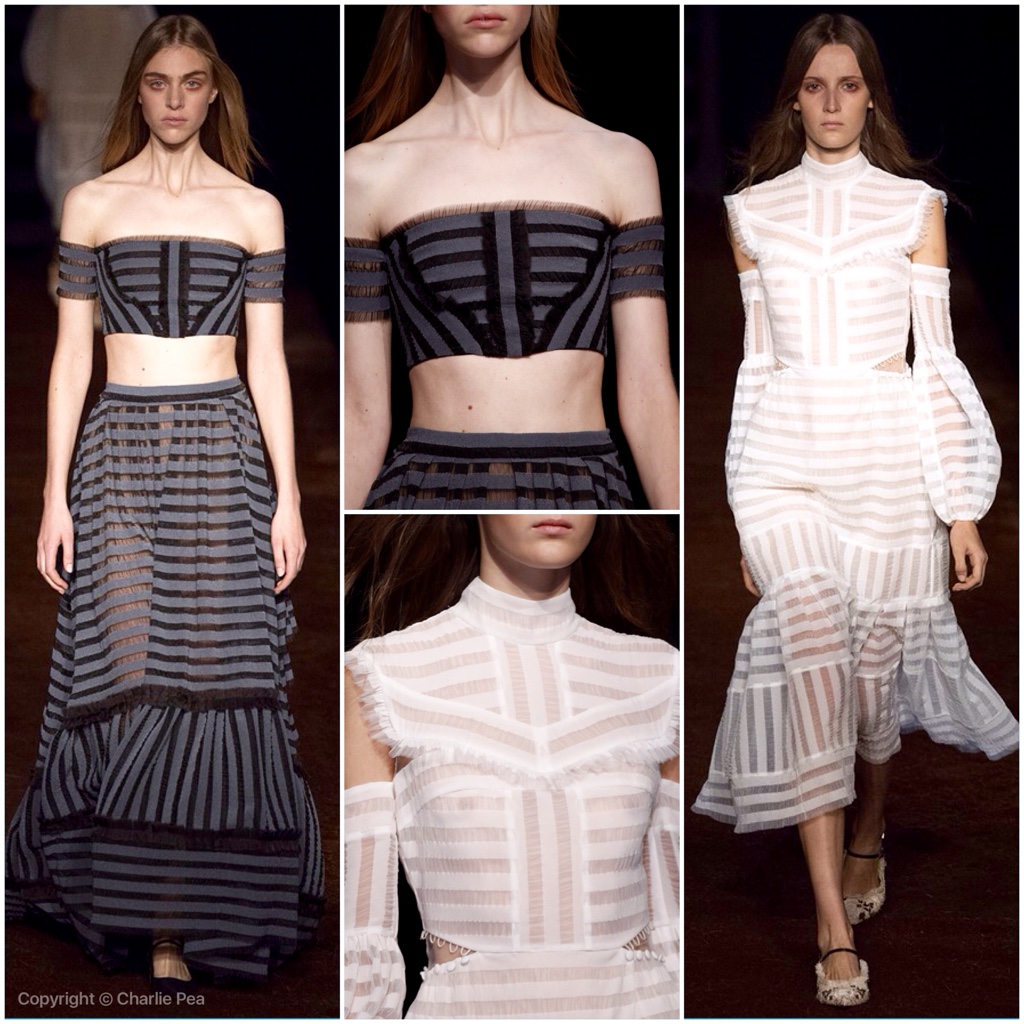 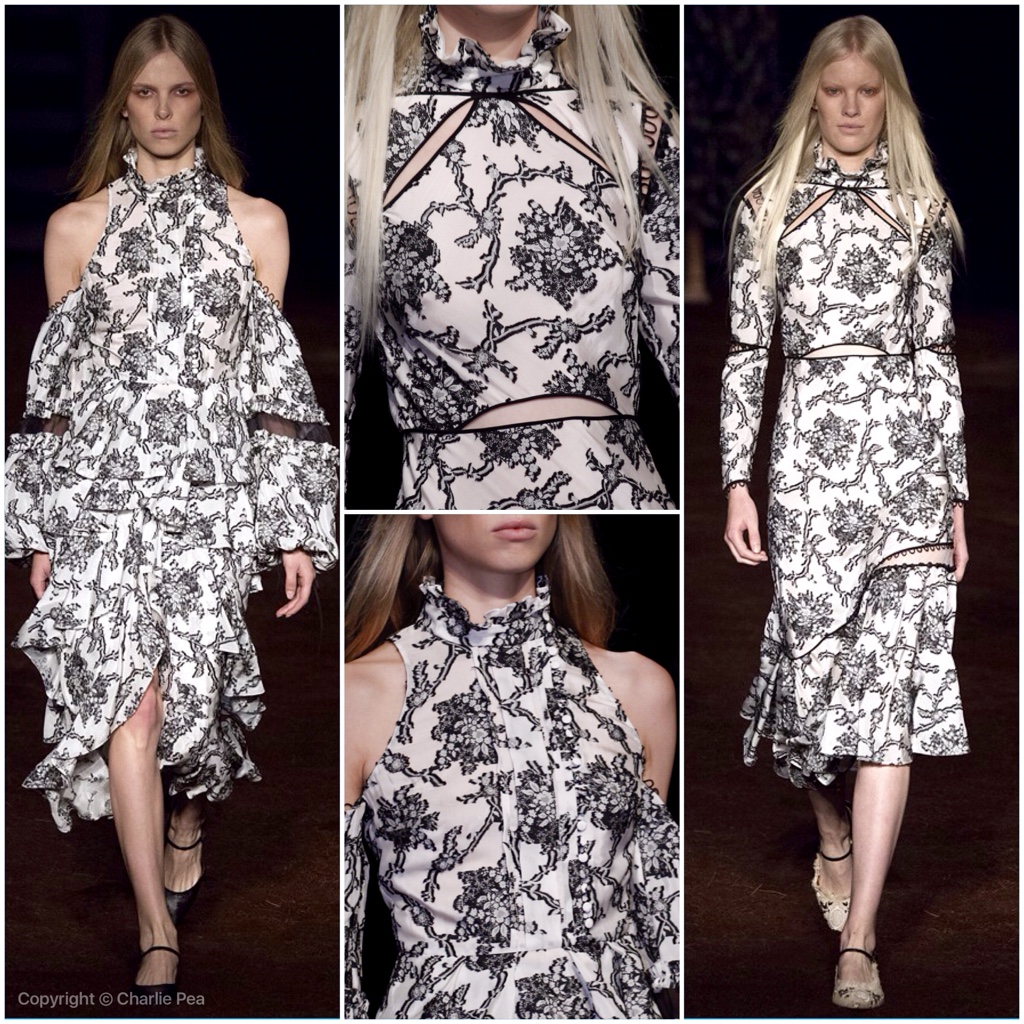