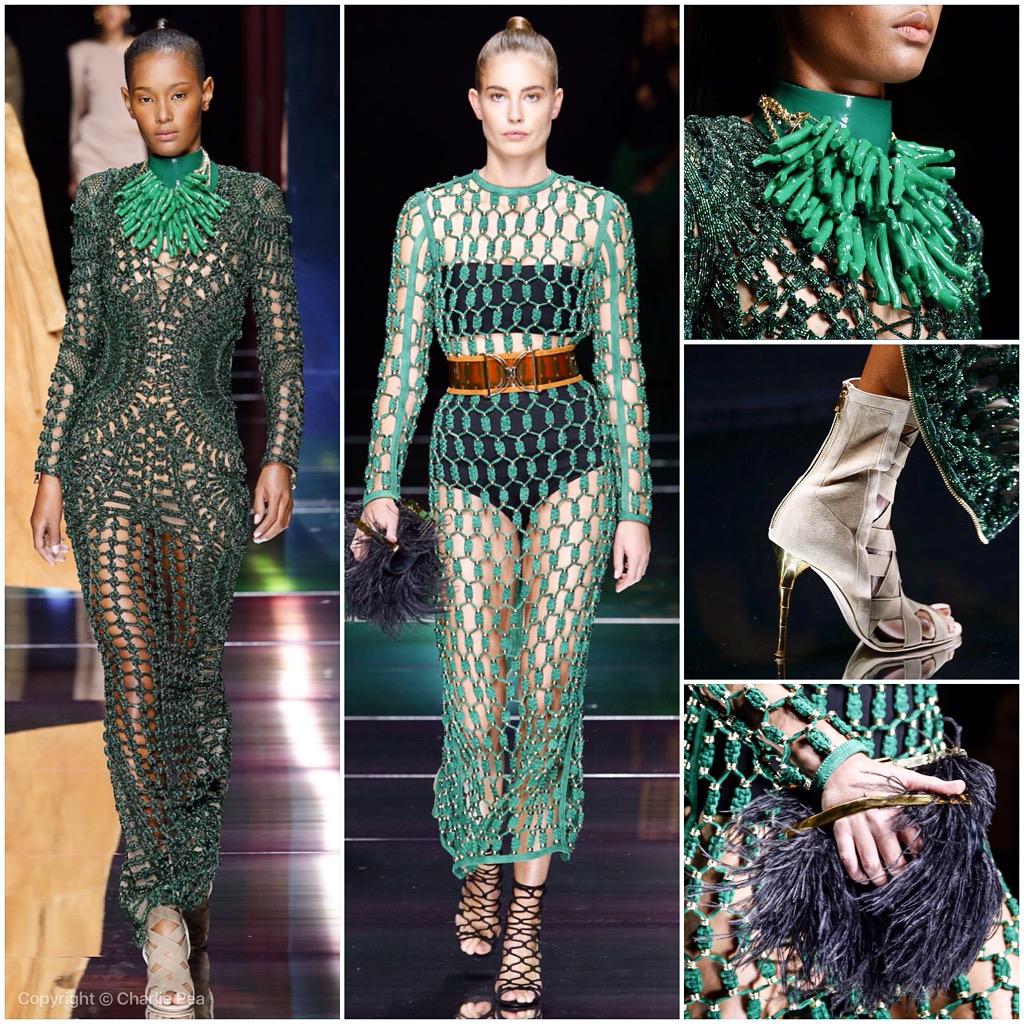 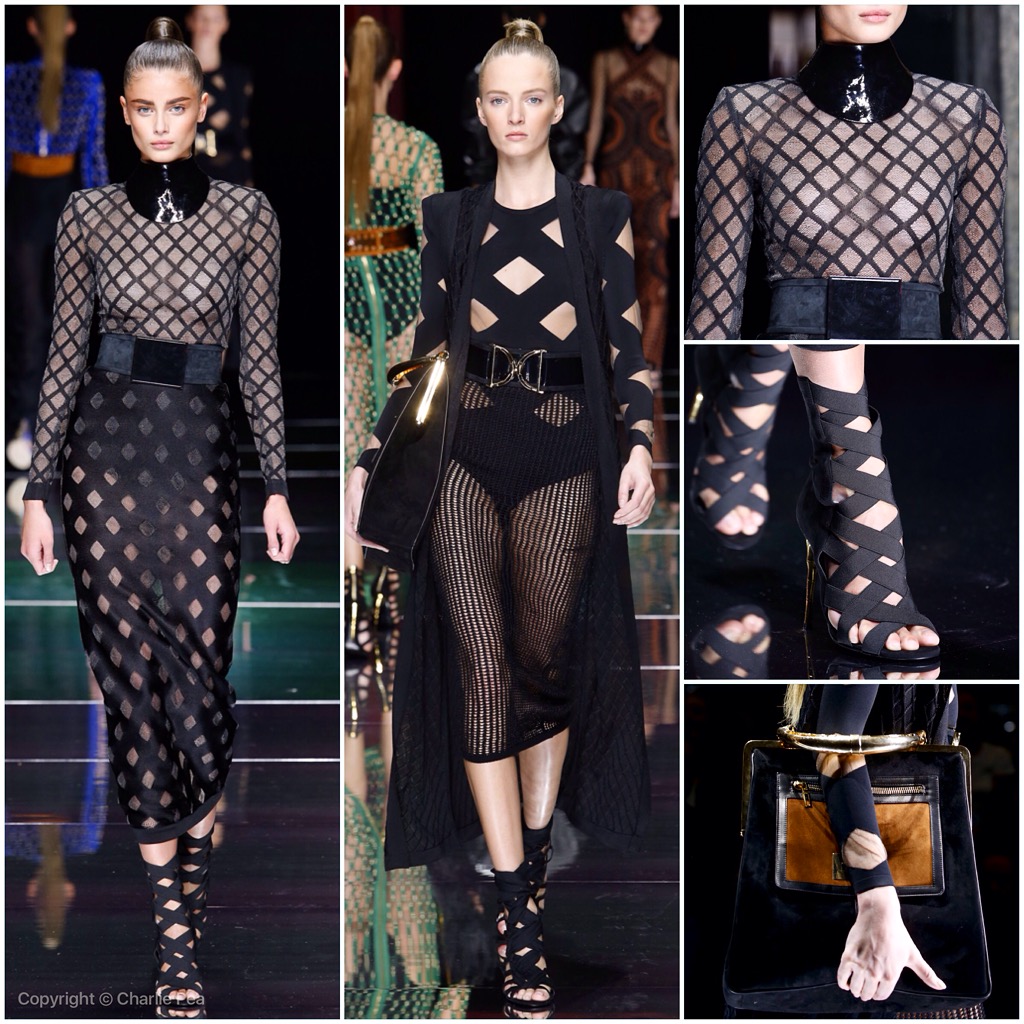 The #BALMAINARMY was out in force at Le Grand Hotel in Paris, where Olivier Rousteing’s all girl squad – Kendall, Gigi, Doutzen, Isabeli, Joan, Alessandra, Jourdan, Binx and both the Lilys – perfected their march for commander general Rousteing, who informed us in the show notes that this season would feature different elements from previous collections.

His upcoming collaboration with H&M made him comb his own Balmain archives, reminding him of the wealth of material that was “the result of four years of hard work,” he said. Four years is a long time in his industry and as a result he deemed it time to introduce new ideas for spring and to broaden the Balmain DNA. 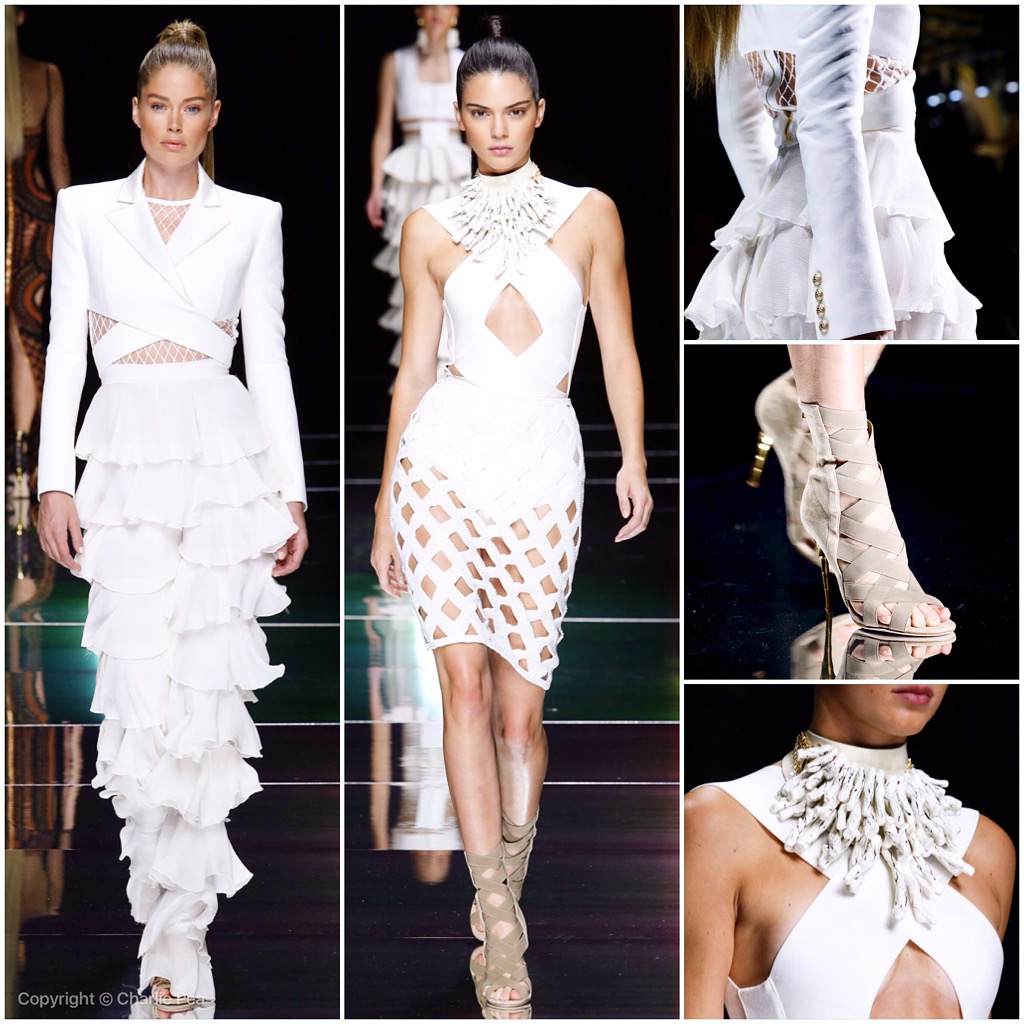 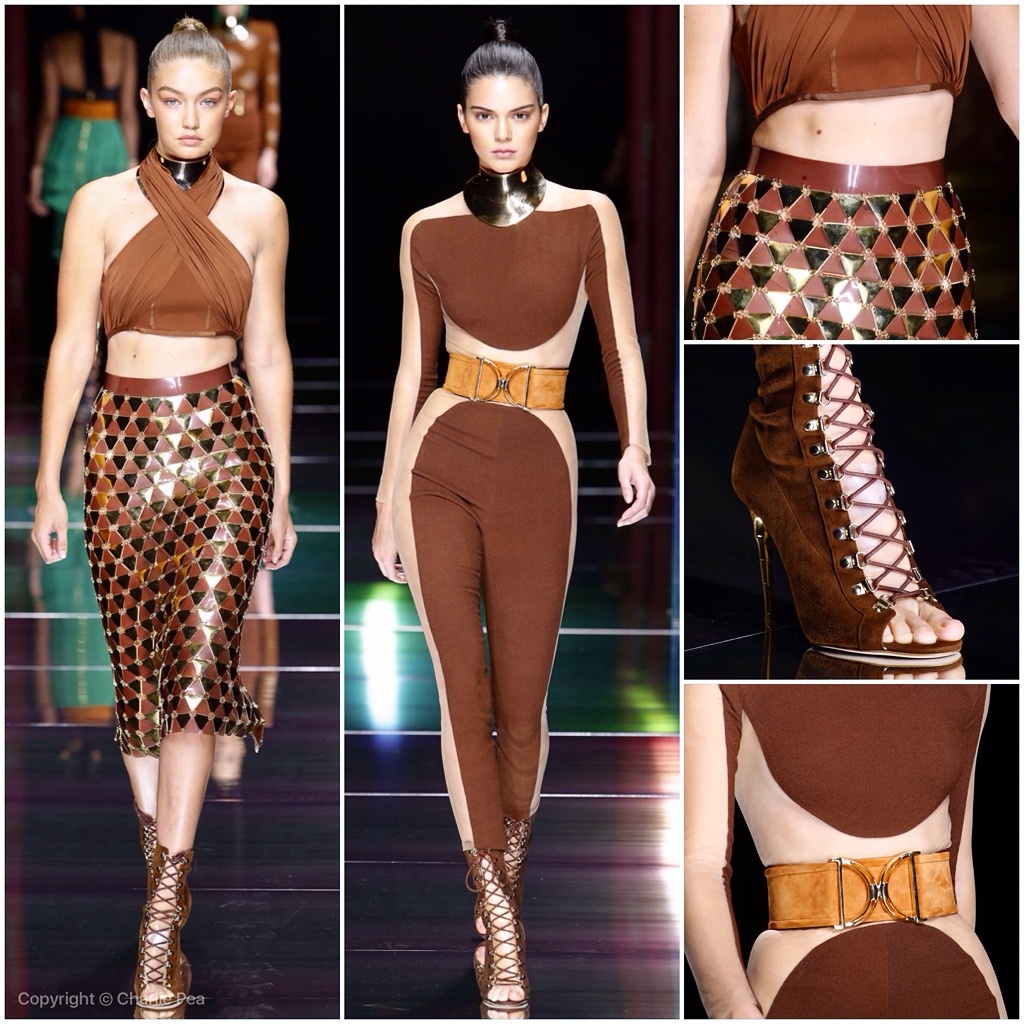 That most prominently manifested in tiered ruffles (flounce is shaping up to be a big story next season): they cascaded on trousers, along sleeves, and bib-fronts adding a romantic femininity to the fierce sex appeal of the whip-stitching, fishnets and strong shoulders also out in force. This new found softness also rippled through via a pretty pastel palette – the nude tones, like the new silhouettes, all served to temper Balmain’s customary opulence.

Rousteing credited the power of the house’s social media presence as a vital ingredient to its success in moving forward, confident that all the dresses we saw would be shared and shared again on various platforms very soon. Despite the slight irony that the brand once again chose a venue with dreadful reception making it virtually impossible to get a signal to share instantaneously, he’s right. Expect to see your style feeds flooded any day now. 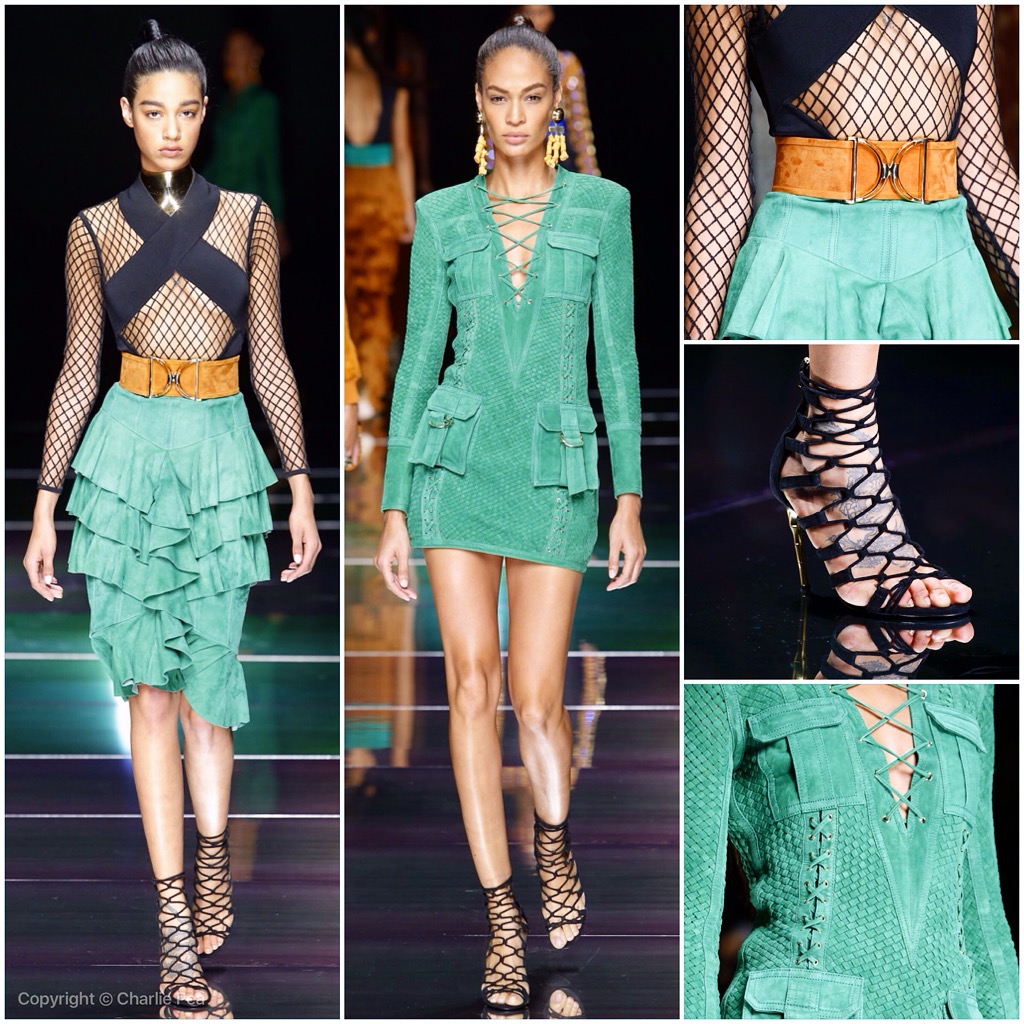 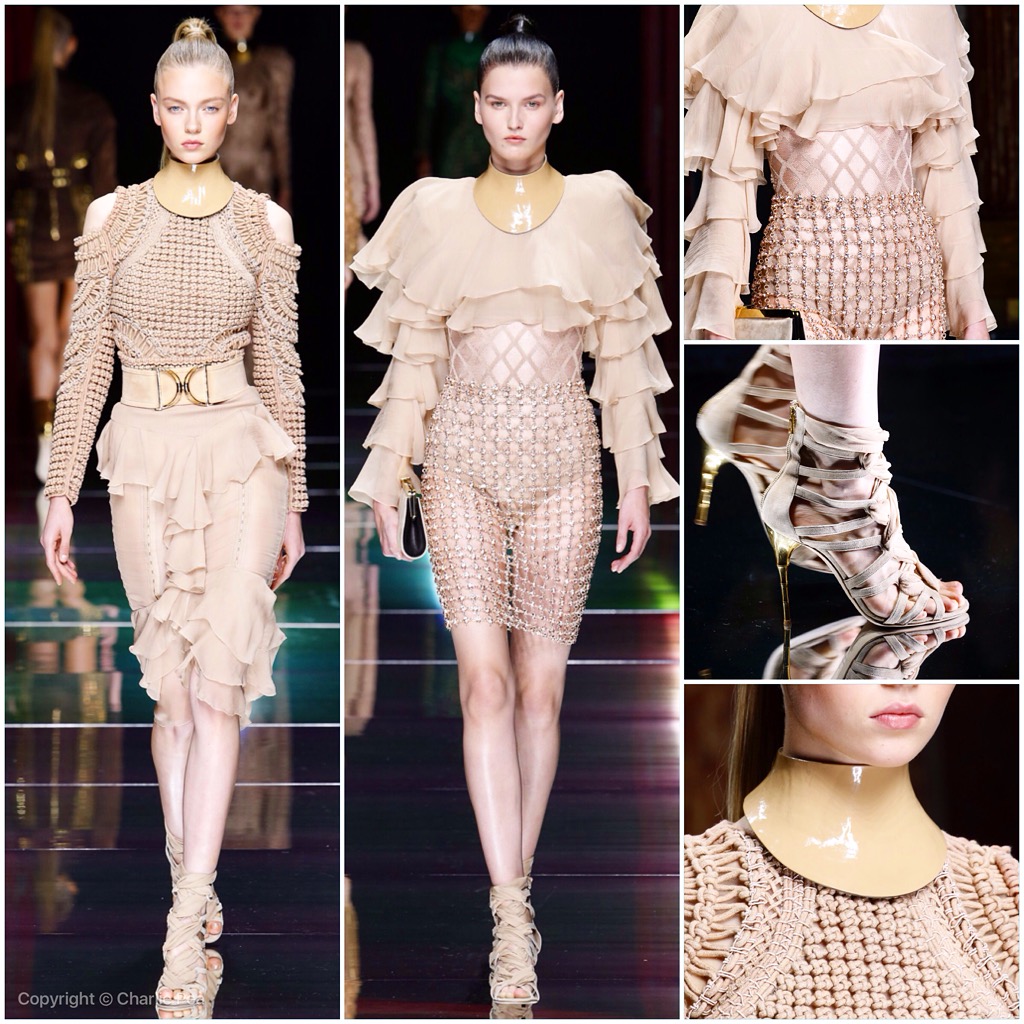