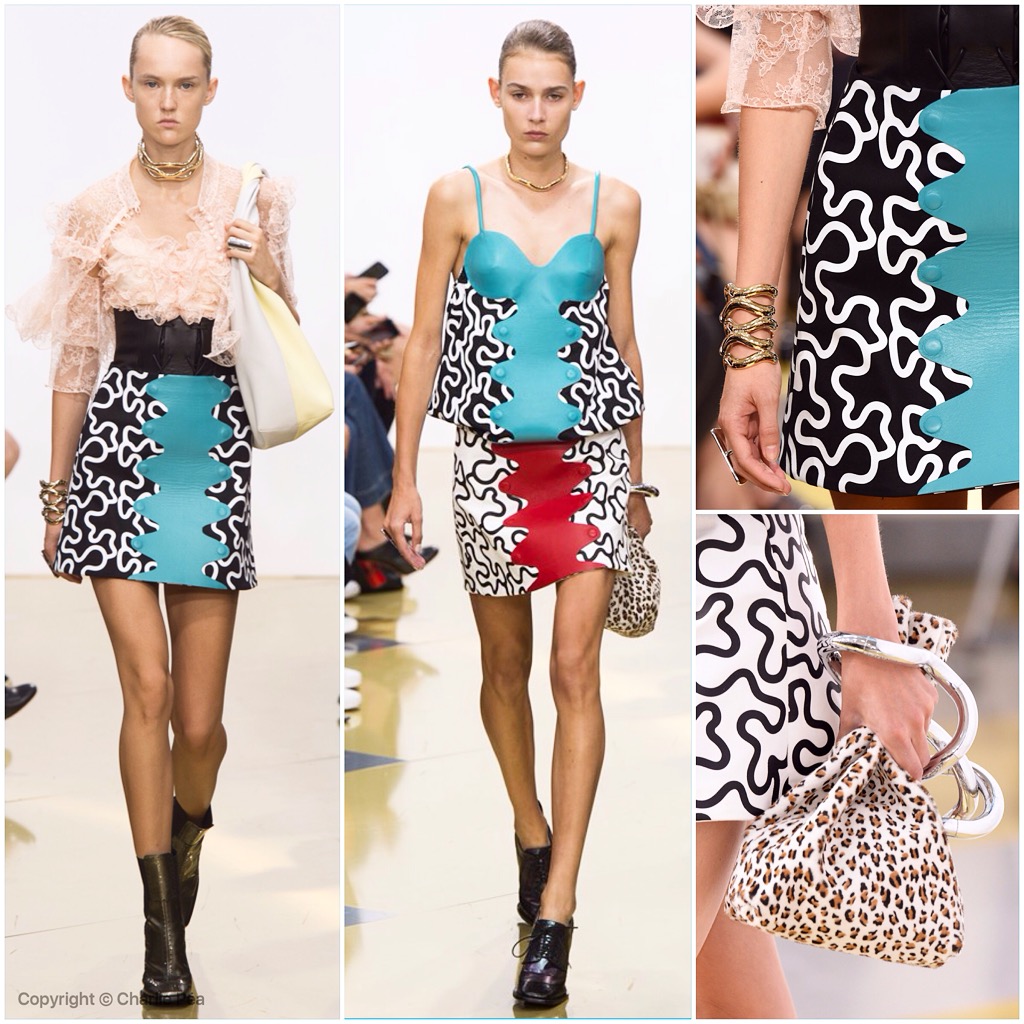 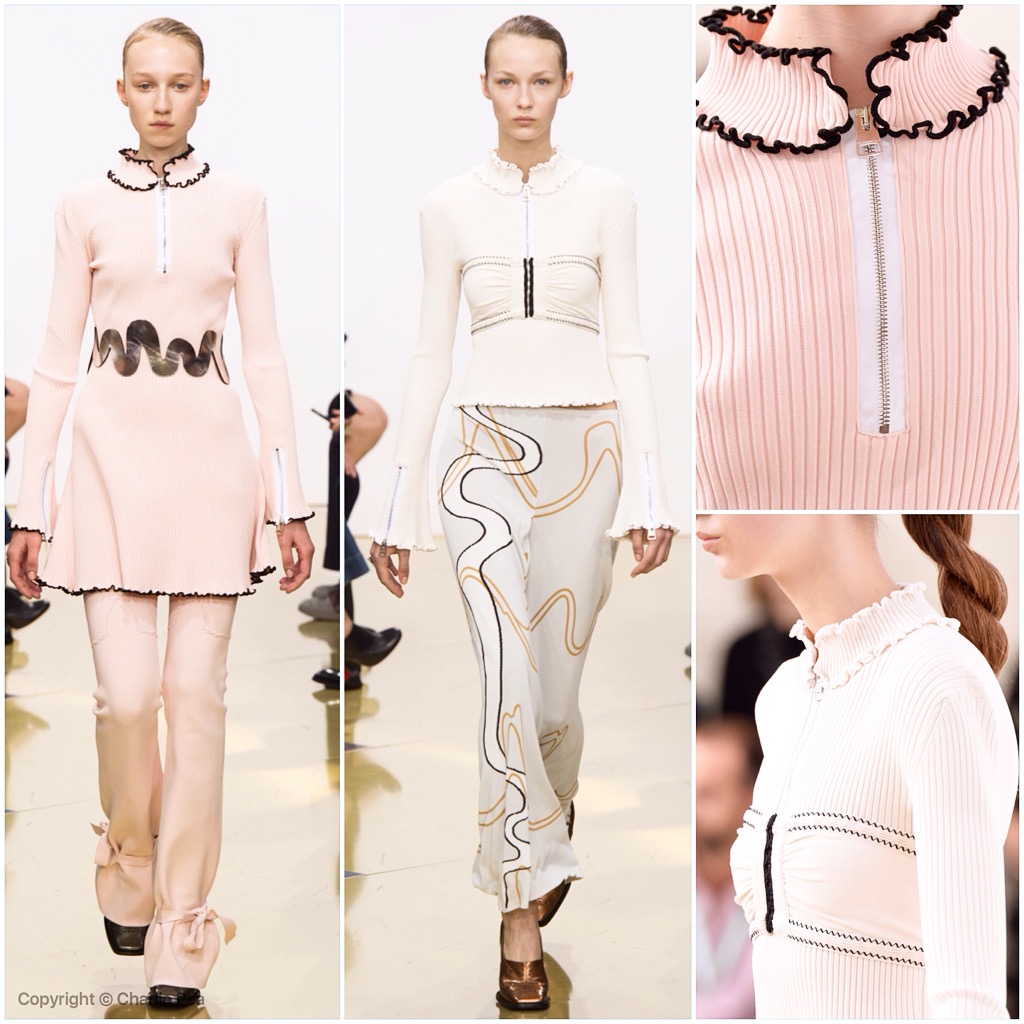 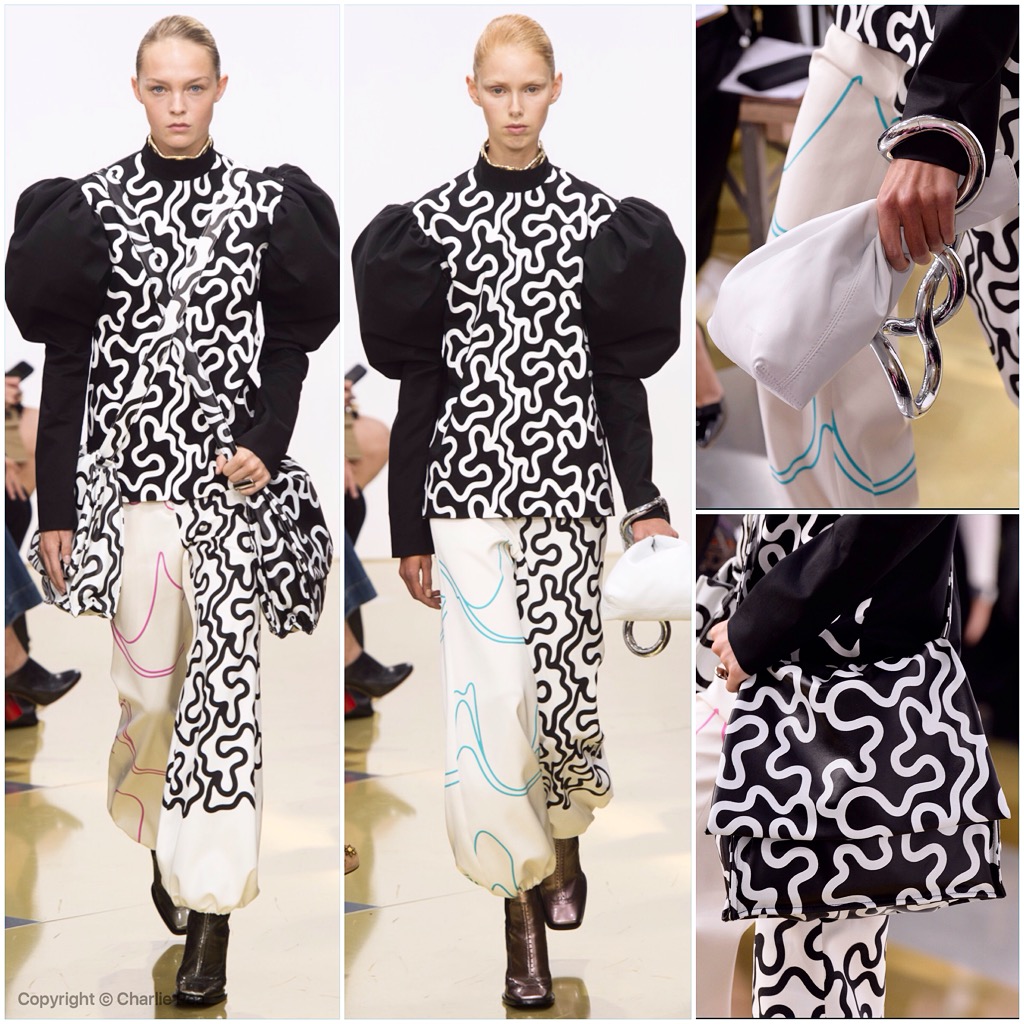 Keith Haring-style black and white squiggles, tiny bee-sting sized cupped bras worn over engineered knits, pink eyelash trimmed lace whipped into blouses or cycling shorts that skimmed thighs, and mannish tailoring with overlock stitch trim, like someone turned the whole thing inside out. A million ideas came hard and fast, most still steeped in the Eighties – a JW favourite – but a wholly different Eighties to last season.

Backstage, the designer said that the documentary on Fran Lebowitz was the starting point to the collection. “She spoke about creativity and what it means now. This collection was about a woman’s honesty, and commentating on a moment,” he offered.

As is often the case here, the fabrics are innovative to the point of warped beyond recognition. You had to look twice, and close up; there was shirting with exaggerated leg o’mutton sleeves that looked like leather, and leather that looked like rubber. Fabrics were treated and plasticised and everything was airtight; leathers were closely, intricately ruched to knitted flares that were tied at the ankle, while clingy ribbed knits – sweaters and tunics – were punctuated with zipped-up zips and frilled collars (expect them to fly come spring). “I was thinking about survival and I liked the idea of nothing being able to get inside” Anderson added.

Yes, women will buy as separates but this collection was about a total look, and that was intentional – “the idea of a uniform appeals to me, I wanted looks that were uncompromising.”

Accessories were also standout; he brought back his bunched-at-the-top paper bag style and clamped it with swirling chrome hardware, the same swirls were laser cut in silver leather and fastened as belts. The big message however was messenger bags, worn cross body and doubled up, one sitting at either side of the hips.

Ideal for the woman with lots of armoury. 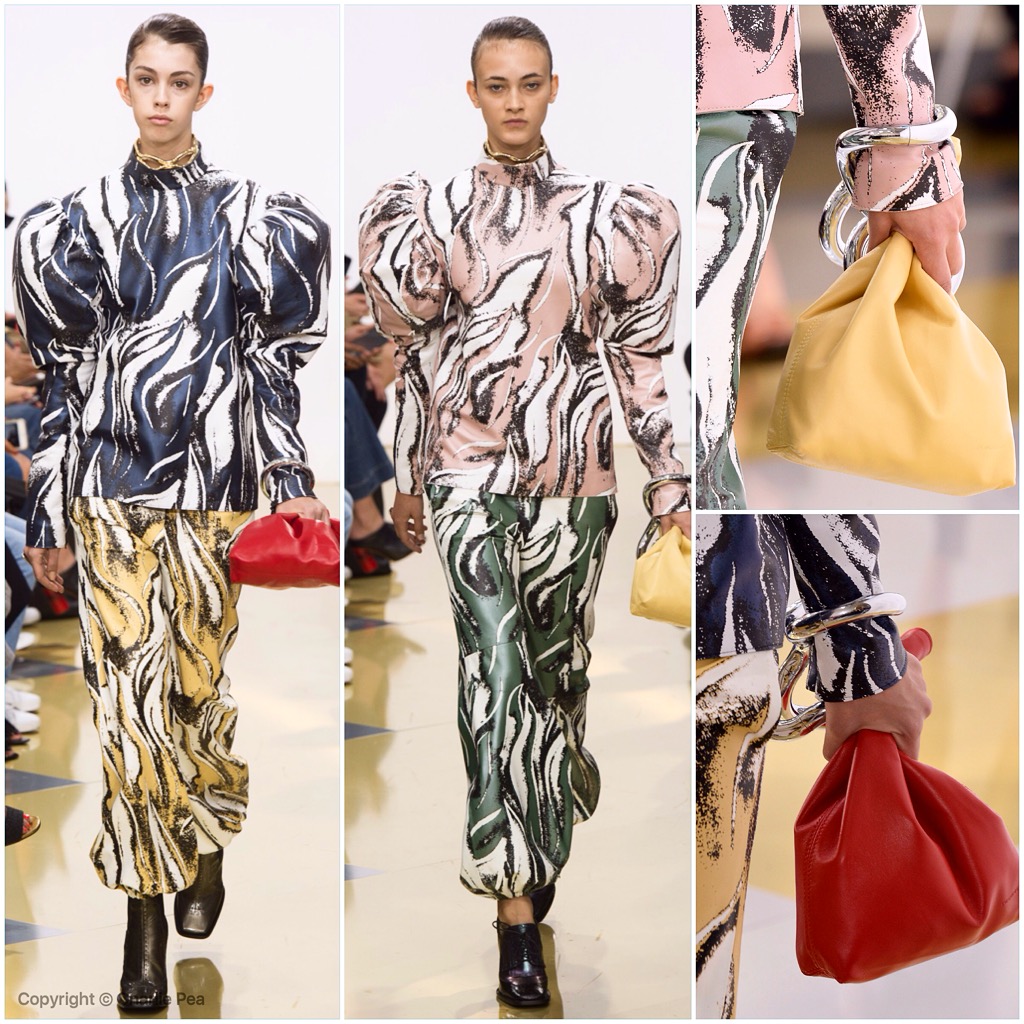