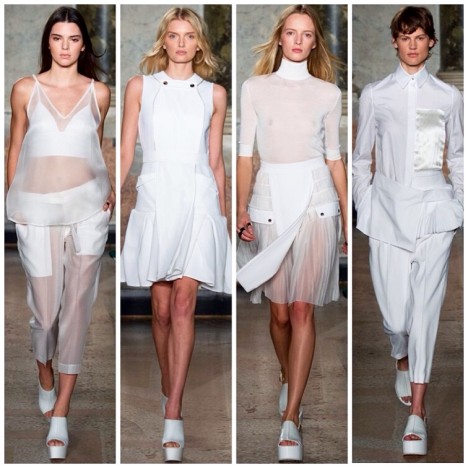 Ports 1961 collection had a split personality. On the one hand, there was crisp, slightly military-influenced tailoring, and on the other, diaphanous dresses and see-through separates. “This season,” designer Fiona Cibani wrote in the program notes, “the Ports 1961 woman has two souls inspired by the spirit of the Greek goddess Artemis: one strong and […]