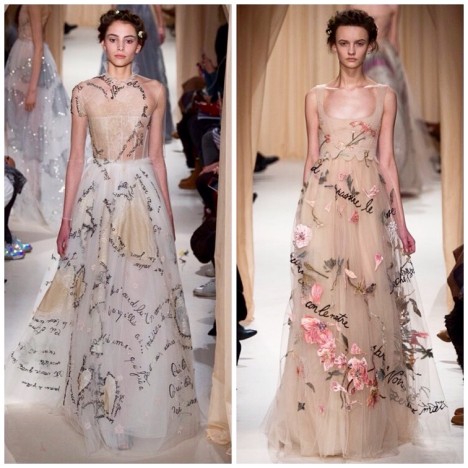 Valentino’s Maria Grazia Chiuri and Pierpaolo Piccioli were inspired by love in its purest form for their spring/summer 2015 couture show – and took us on a journey through time exploring this idea. The collection danced between the modern – with poems appliquéd onto dresses in “pure elemental colours” – and the historical in the […] 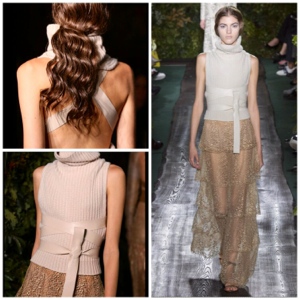 SET in the exquisite Hotel Salomon de Rothschild, Valentino’s autumn/winter 2014 couture show was a clear case of all roads lead to Rome. Staged on a runway of tree trunk brown bark surrounded by living walls, the impact of Italy’s ancient city was clear, with Centurion nymphs – clad in flat gladiatorial sandals, barely-there […]