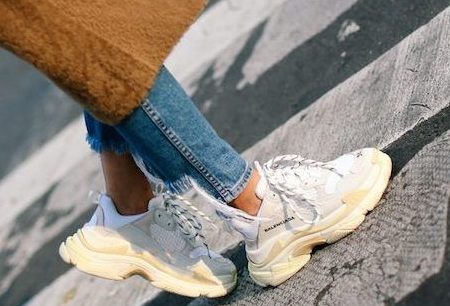 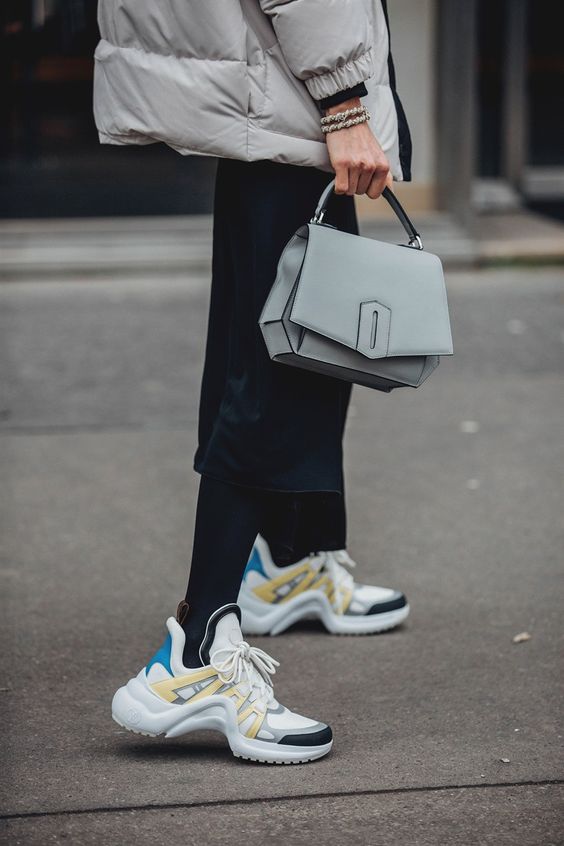 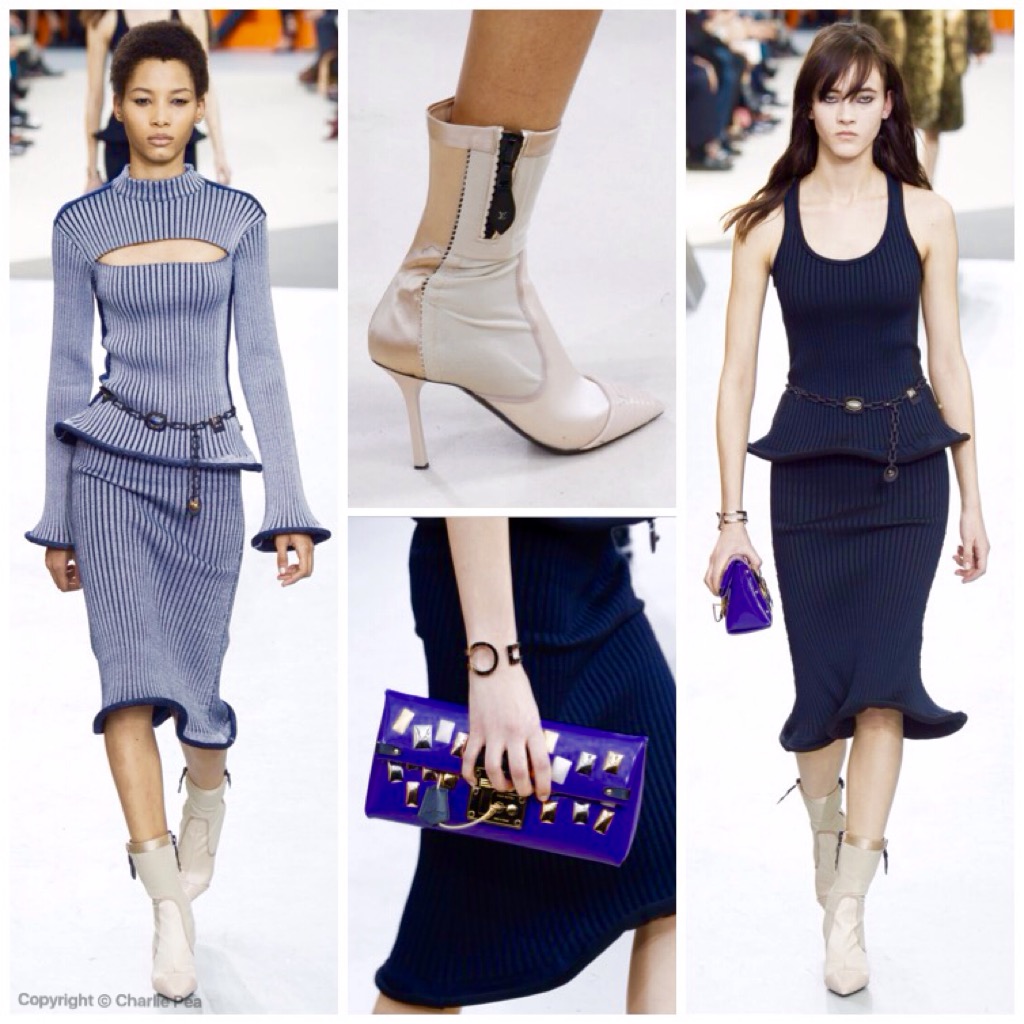 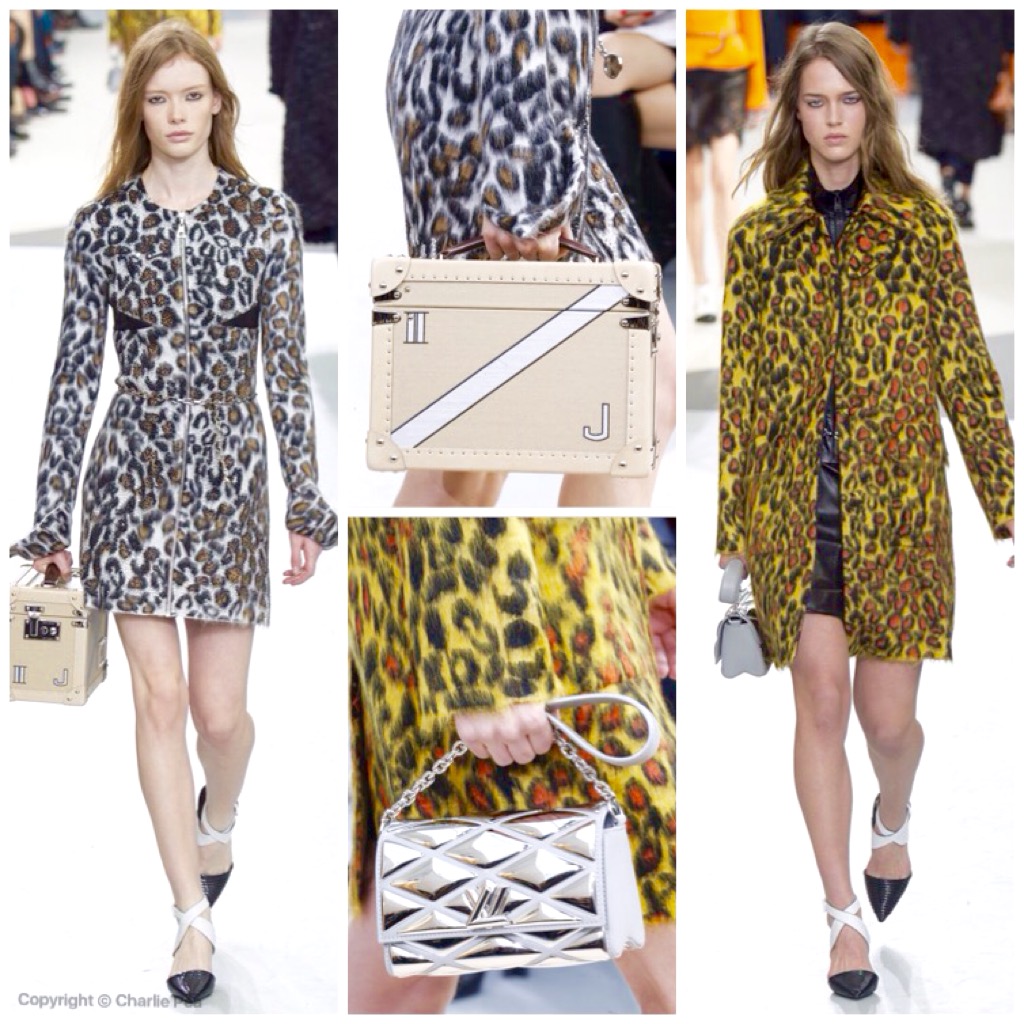 PARIS Fashion Week might be winding down but the clothes on the catwalk just kept getting better. Three seasons in and Nicolas Ghesquiere is undoubtedly feeling more confident in his Louis Vuitton artistic director role – this a collection that continued to combine that clever blend of savvy, rock ‘n’ roll and retro that so belongs to his girl and bring with it a real sense of him, what he did back in his smash-hit Balenciaga days.

He and Hedi Slimane are both designers that very much cater to that certain breed of “cool girl” and while Slimane sticks to his guns of an “if it ain’t broke, don’t fix it” philosophy, Ghesquiere gave his girl a whole new wardrobe this season. It felt fresh, it felt exciting and there was a lot to love – mental shopping lists were being compiled here, starting with the vanity case bags that so suitably riffed on the luggage heritage of the house, and ending with the retro shaggy coats that had a wonderful passed-down feel about them, the light catching them in such a way that a yellow fleck had a lovely aged quality as though the pieces had once belonged to your very cool mum back in the day. 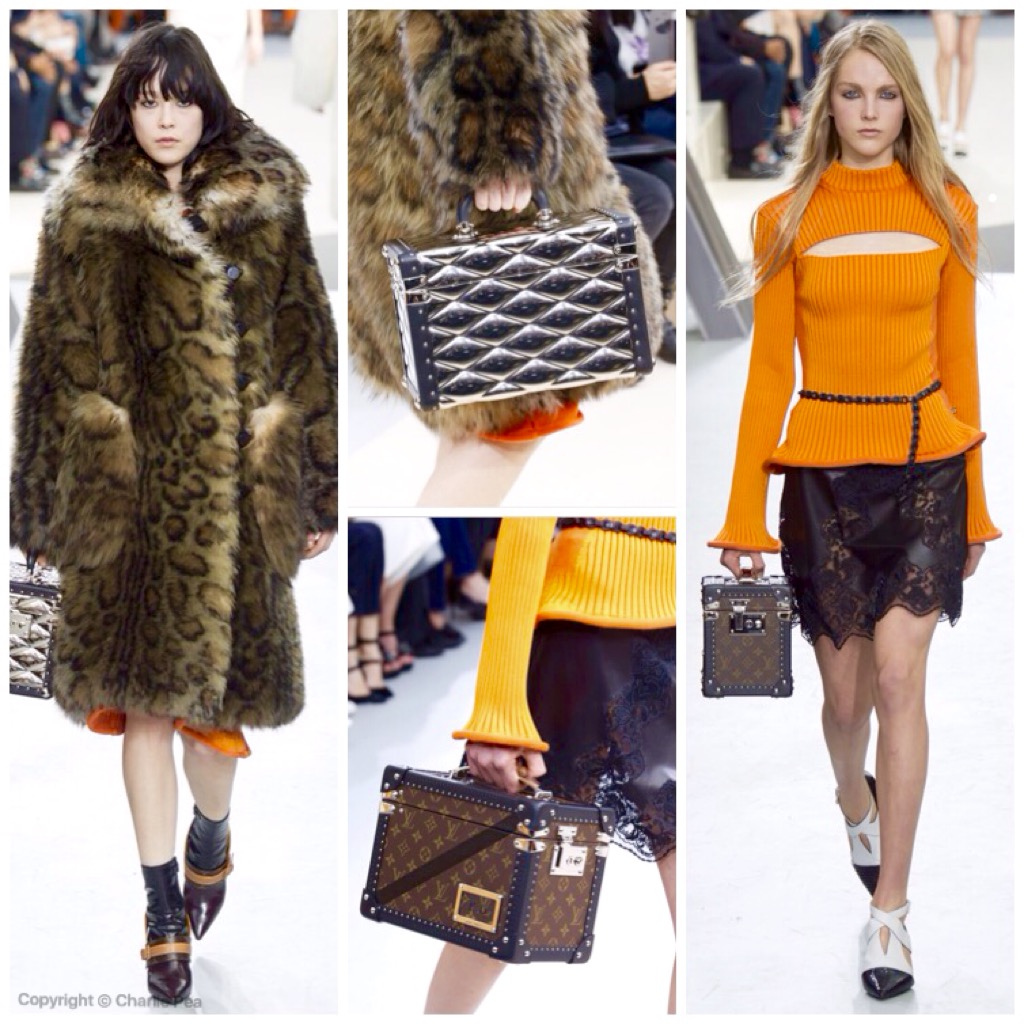 In between and it was about cute ribbed knits with peekaboo cut-out décolletage details, their edges gently curling up, one covered in diamante. There were the most perfect leather miniskirts that came with two-inch incisions slicing into them – it was about that level of detail, that all made it dreamy.

Chain belts dangled with silver medallions and the signature Damier Louis Vuitton check was transposed in fuzz on skirt and jacket looks to feel really special. Tailoring throughout was impeccable and that opening series of super shaggy jackets was all about a wonderful enveloping volume, a supersized nod to Margot Tenenbaum perhaps.

Still complete with Ghesquiere’s magic touch, it had moved on – more of him coming through to great and covetable effect. 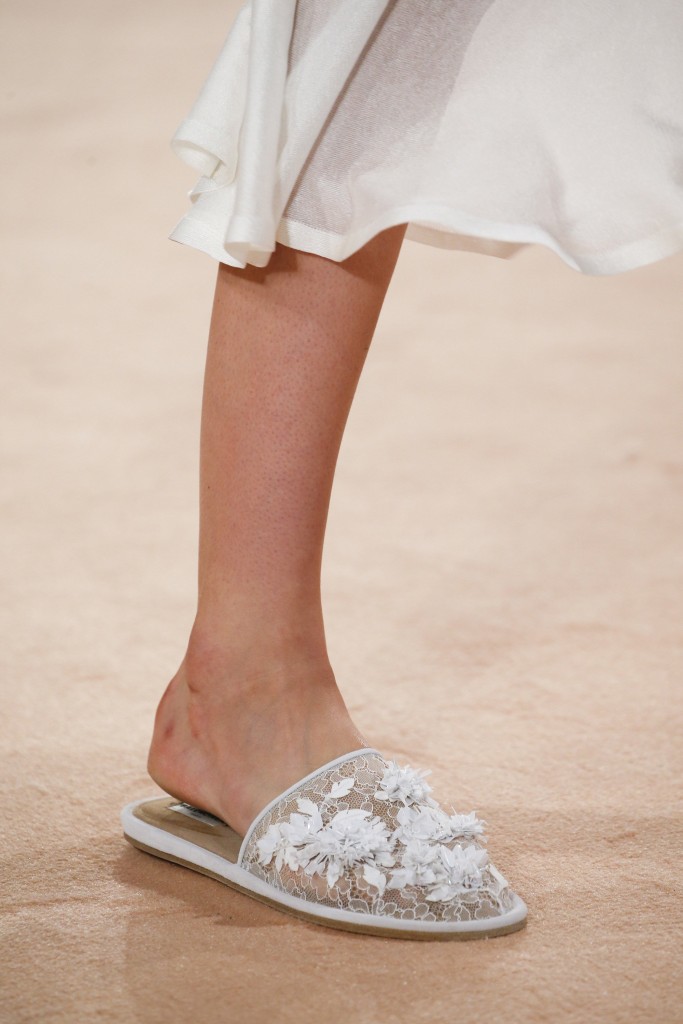 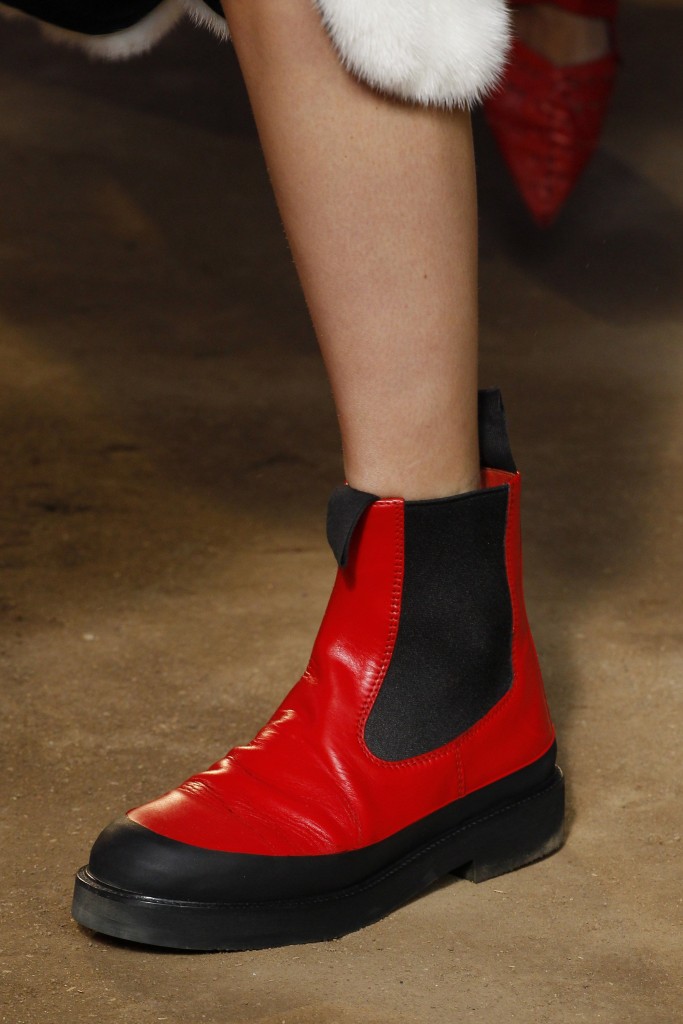 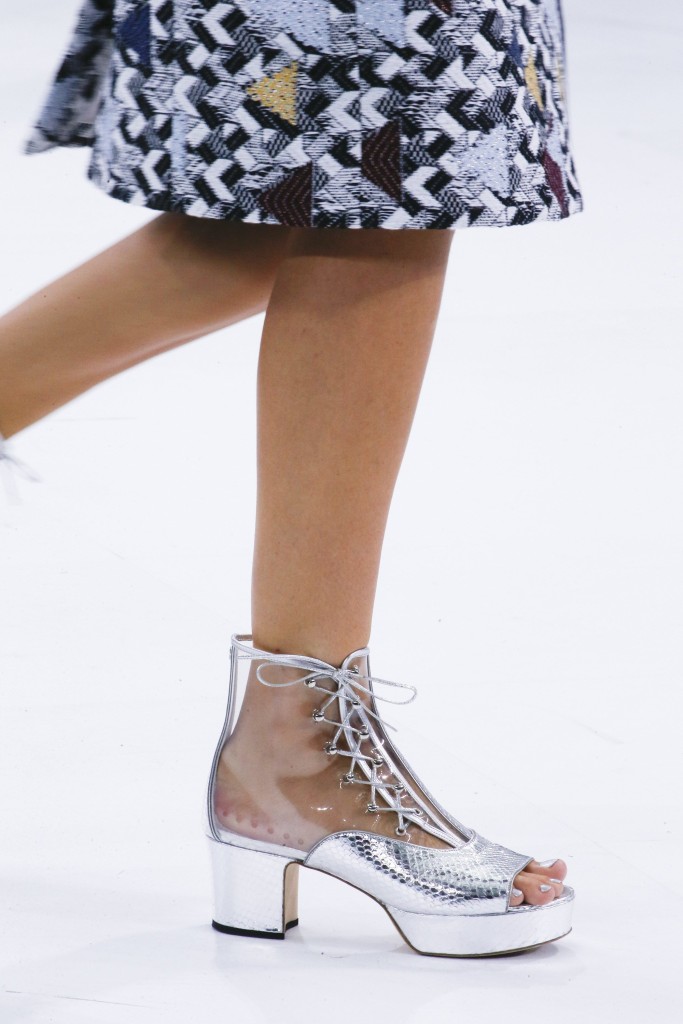 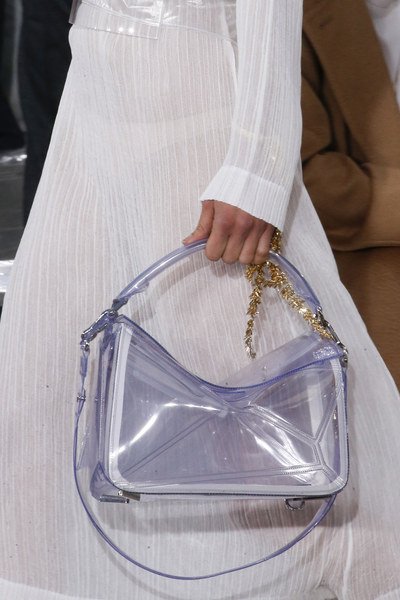 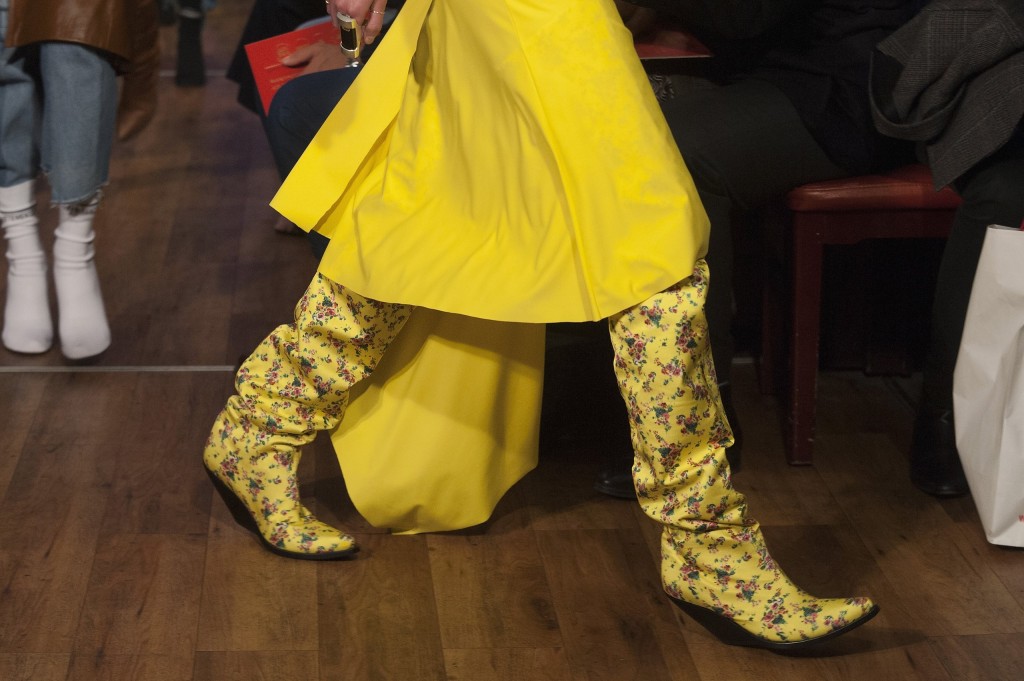 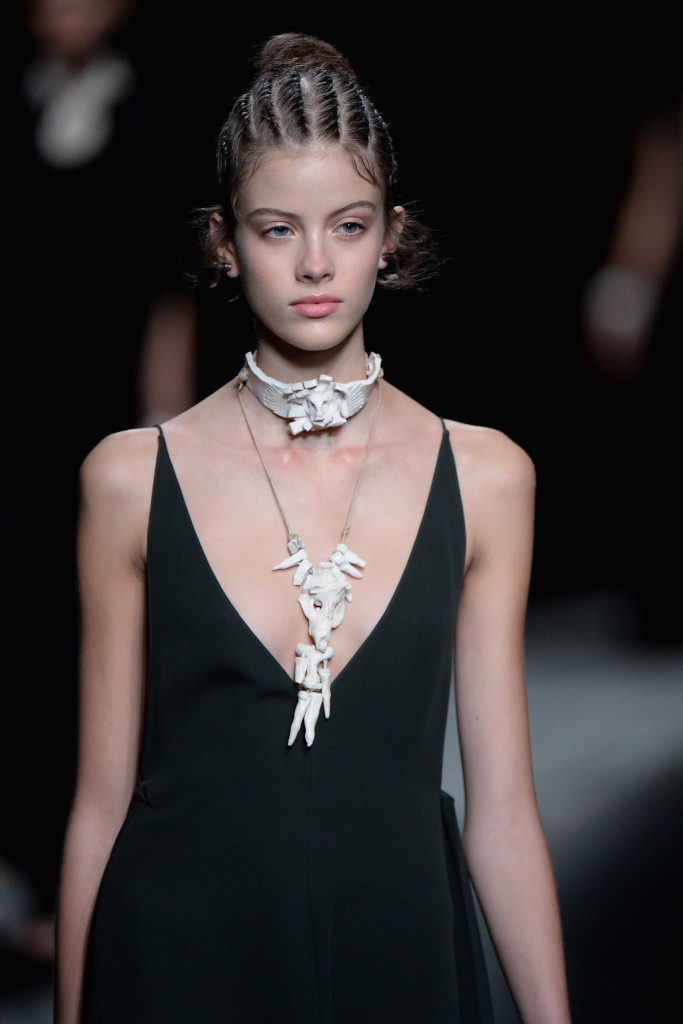 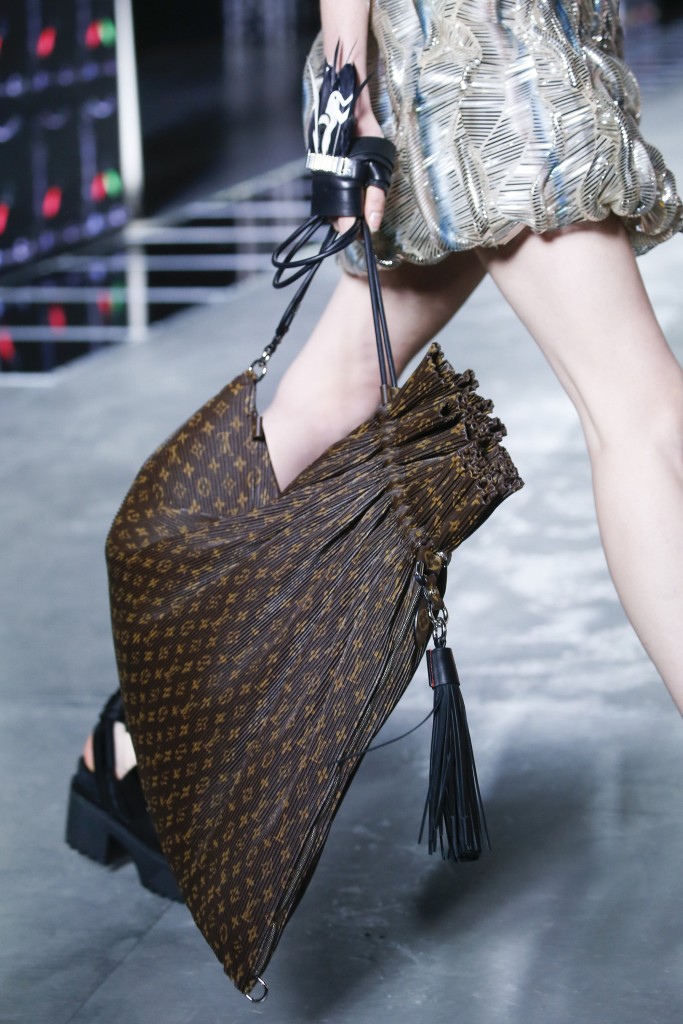 Demna Gvasalia, the 34-year-old wunderkind designer behind Vetements, has been appointed artistic director of Balenciaga.

Paris, France — Demna Gvasalia, the wunderkind Georgian designer behind Vetements, has been appointed artistic director of Balenciaga, effective immediately. Gvasalia will have creative responsibility for the brand’s collections and the image of the house. He is expected to stage his first show for the brand in March 2016 during Paris Fashion Week. 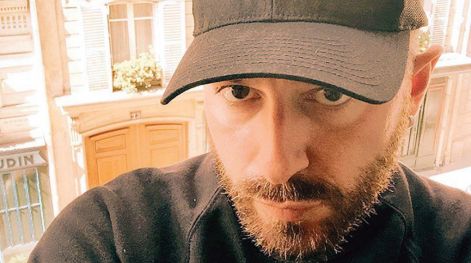 In recent seasons, Vetements has sent ripples of new energy through the Paris fashion scene with classic, democratic clothing reimagined with new proportions and imbued with a raw-edged street sensibility. The breakout label — run by a collective that also includes Demna’s brother Guram Gvasalia and several of their friends — is best known for its oversized mannish tailoring, floral dresses and reconstructed jeans. Vetements was one of eight finalists for the LVMH Prize in 2015 and recently presented its Spring/Summer 2016 collection at a buzzy show that drew key industry insiders to a kitschy Chinese restaurant in Paris’ Belleville.

Alongside his new role at Balenciaga, Demna Gvasalia will continue to lead the design collective at Vetements. The label is rapidly growing its network of stockists, which now number more than 150 globally. Kering does not break out figures for Balenciaga, but according to market sources, the brand generates revenues of more than 350 million euros (about $393 million). 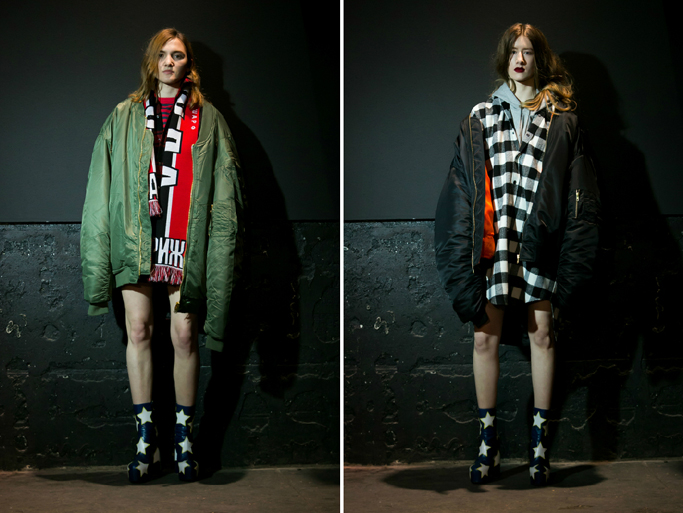 “I am very pleased to welcome Demna Gvasalia as the artistic director of Balenciaga’s collections,” said Isabelle Guichot, president and CEO of Balenciaga, in a statement. “He has quickly emerged as the best choice for the new artistic direction of the maison. With his mastery of techniques, his expertise and fashion knowledge, in conjunction with his innovative and carefully considered approach, Demna Gvasalia adopts a unique vision of the designer’s role today and thus recalls Cristobal Balenciaga’s own vision. I am confident that he will succeed in embracing Balenciaga’s core values and developing them in harmony with today’s global changes.”

François-Henri Pinault, president and CEO of Kering, Balenciaga’s parent company, added: “With its distinctive and radical style, Balenciaga has influenced several generations of designers and couturiers. Today, the maison stands as one of the finest jewels of French fashion heritage. I am delighted to welcome Demna Gvasalia, a powerful emerging force in today’s creative world, as artistic director of Balenciaga. Demna Gvasalia embodies a unique approach to the profession, marked by a sociological observation of the wardrobe’s essentials and the way he remains humble and rigorous in his creative work. I am convinced that he will lead Balenciaga to a successful future.”

Previously, Gvasalia, 34, worked behind the scenes at Margiela for eight years (while Mr. Martin Margiela was still at the house), as well as at Louis Vuitton, where he took up the role of senior designer of women’s ready-to-wear collections for a short period before launching Vetements. Agnès Barret, a recruiter who worked with Mr. Martin Margiela, has referred to Gvasalia as Mr. Margiela’s “spiritual son.”

News of the appointment follows former Balenciaga creative director Alexander Wang’s final show for the brand, which took place last Friday after a “joint decision” by Wang and Kering not to renew their contract after three years. Wang is set to focus on his namesake fashion label, which is widely thought to be taking on new investment. 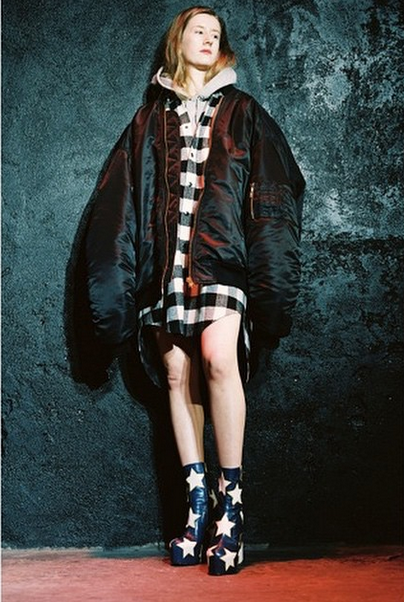 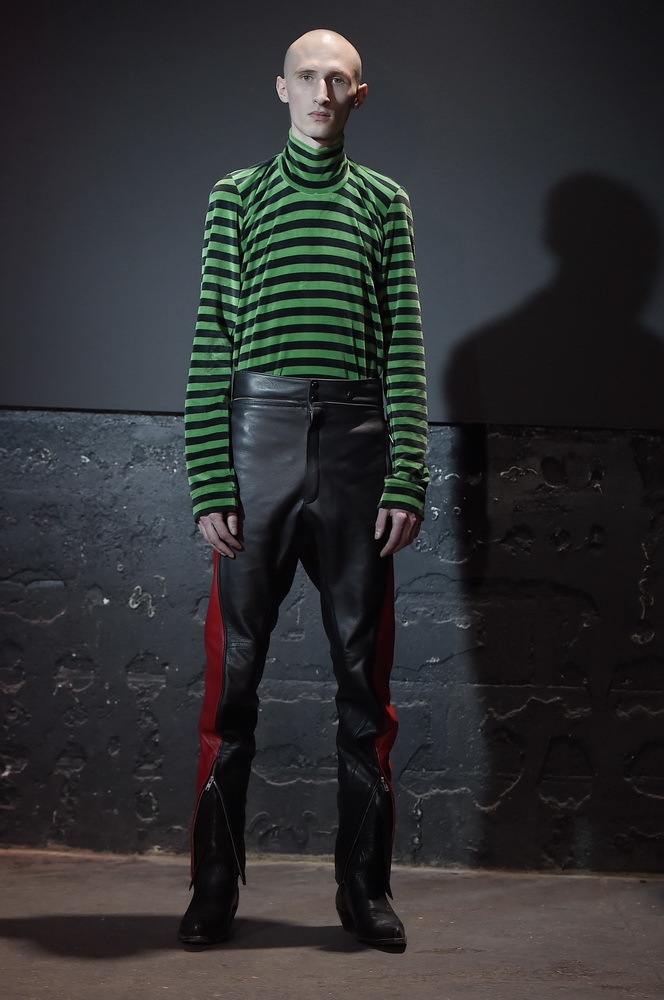 Vetement or Balenciaga? You Decide…