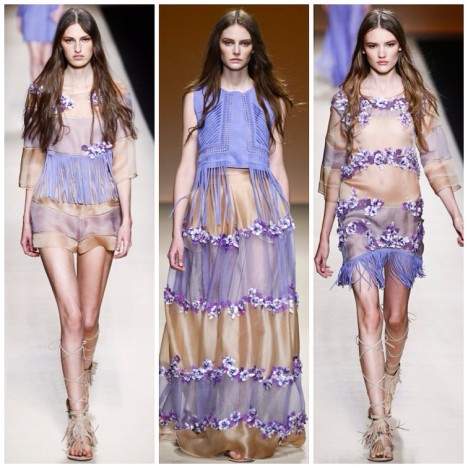 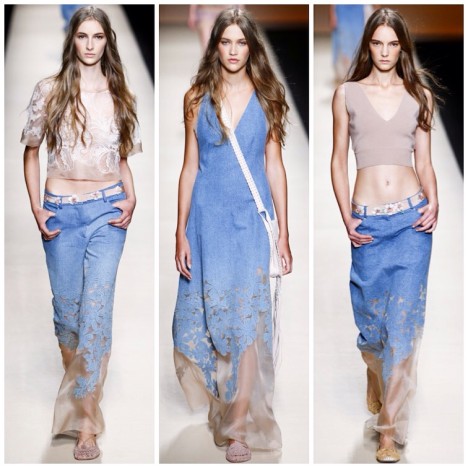 ALBERTA FERRETTI’S show  was like opening the gates to the garden of Eden and seeing what lies behind. Well, a tribe of bohemian nymphs in sheer barely-pink coloured gowns with petal appliqué, of course. One, even had the latticing of a pagoda, its pink flowers seemingly weaving in and out of those lines. Other shorter, just as romantic styles boasted blooms of crochet florals and raggedy, leafy hemlines.

Pocahontas was also skipping around in there, in tan-coloured ankle-grazing suede waistcoats with whip stitching and decorative punch-outs, and elsewhere in all that fringing and criss-cross lace-up gladiator sandal-boots.

The thing about Alberta Ferretti is this: these looks are never going to be cutting edge – that isn’t what she has built her brand upon. And I’m sure she doesn’t mind a bit about that, because her successes are in making women look and feel pretty. It’s as simple as that and she did that again with this collection. Any one of these dresses would work at any summer function, day or night. A garden party? Why, of course. A guest at a wedding? Look no further. A gown for a trio of bridesmaids? yes, she had those by the dozen. A bohemian bride? Yes, a couple of those were in the offing too. Doing pretty – that sells. 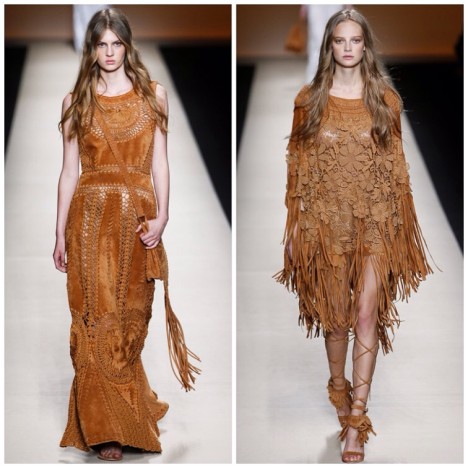