NYFW is wrapping this week, but the winter chill is just getting started.They’ve been feeling army coats for a while now, and it’s safe to say the olive green trend isn’t going anywhere. But as opposed to the classic army jacket, this Fall the military-inspired color is manifesting itself in chic longline coats and boyish bombers.

An olive green overcoat topped off a layered look during this season’s New York shows. 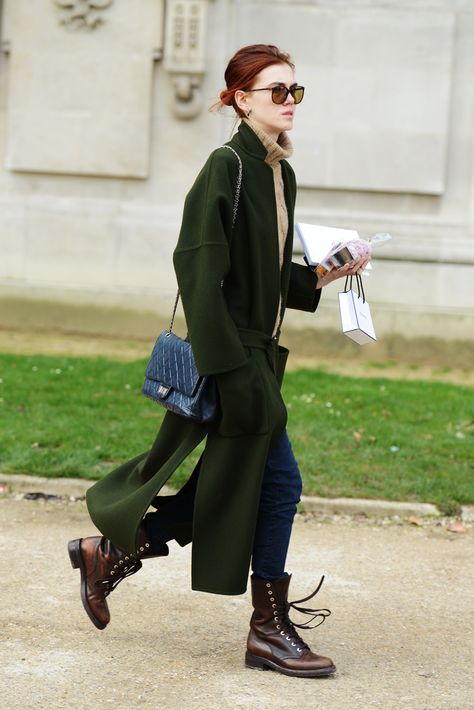 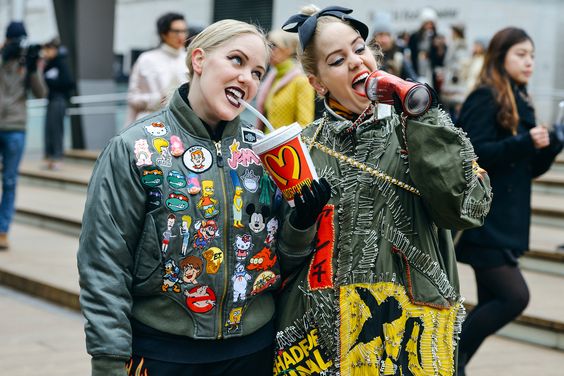 Malaika Firth matched her accessories to her jacket during the F/W ’14 collections in New York. 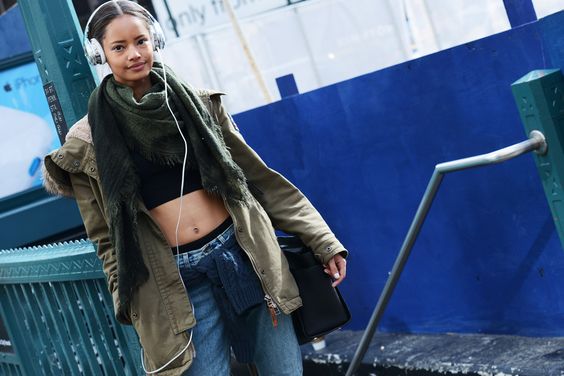 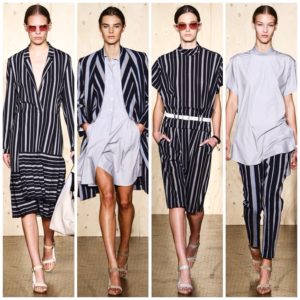 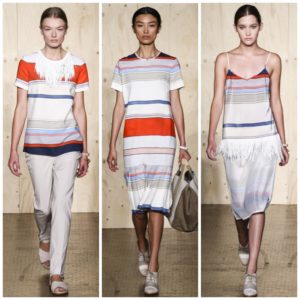 “Its effortless, it’s all about being effortless, did you see how the models just naturally put their hands in their pockets?” Paul Smith was quite taken by the aspirational army of easygoing urbanites that had walked the runway just seconds before.

There was nothing flash about this collection, there were no tricky details or smash, bang wallop summer prints and sprays of colour. Instead these clothes were utterly unapologetic in their elevated normcore appeal. Wear this stuff to live in, was the message. Think giant pockets, loose tailored shapes, khaki cotton trousers and easy, breezy sleeveless linen tops. The elegant, striped drop-waist, pleated dress, worn with super chic flat sandals and leather, across-the-body bags made for a wardrobe that chic, metropolitan commuters can feel comfortable in.

The bag featured in almost every look, from backpacks to relaxed folded totes, each came in muted palette (the grey was best) and in buttery leather.

“A modern girl can wear these clothes,” said Smith backstage, ” The fabrics were linen or cotton but there was a structure about them which gave them this bounce and they had life. She’s not looking for attention through her clothing. She’s happy in her own skin.” 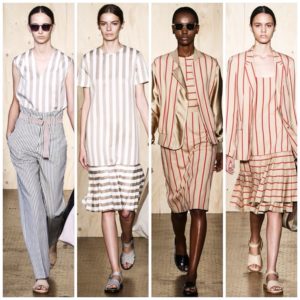 Glamour might be the idea most commonly associated with red-carpet dressing—“Old Hollywood glamour” is spoken so often during red-carpet broadcasts you could make a drinking game of it—but at recent ceremonies, glamour has given way to something much less enticing: reality. Over the past year, red carpets have become more practical (The Grammys), less formal (The SAG Awards), and lost some of that high drama (ahem, Oscars) a true fashion obsessive would come to expect. That put a lot of pressure on this year’s Cannes Film Festival, typically the most outrageous red carpet of them all, to bring some of its signature fashion A-game. Would it deliver?

Now past the midway point of the festival, it seems as though Cannes won’t be bringing the same high-fashion excitement of years past. Whether you came to rely on the premieres of the festival to bring the latest haute couture, as was the case last year for the Clouds of Sils Maria cast in Chanel; some gender-bending like Aymeline Valade’s Saint Laurent tux in 2014; a bit of romanticism à la Kirsten Dunst in Rochas in 2006; or a little touch of sheer craziness, like Madonna’s Jean Paul Gaultier lingerie of 1991, the best you’d drum up in 2015 would be some streamlined, clerically chic numbers with posh diamond jewelry. Even the photo calls, which take place in the daytime against a pastel Cannes sky and have, in years past, birthed plenty of exciting cocktail looks—like Diane Kruger in Alaïa or Charlotte Gainsbourg in Louis Vuitton—have become strangely serious. Natalie Portman, Emma Stone, Rachel Weisz, and more chose to wear black for their photo-call appearances this time around—guaranteed appropriateness, but not much in the wow department.

It’s hard to say precisely why the red carpet is moving in such a safe direction, with the runways and high fashion championing eclecticism and risk taking. Perhaps the viciousness of red-carpet commentators, professional and of the Internet’s comments sections alike, have something to do with stars playing it safe. More likely is the fact that such high-profile events come with plenty of business arrangements that dictate which stars will wear which jewels and dresses, leaving little wiggle room for experimentation.

Still, this year’s festival gave a much-needed platform for the women willing to go there to push the boundaries of what red-carpet dressing is really about. Cate Blanchett stunned in a full, printed Giles number at the premiere of her latest film, Carol. Lupita Nyong’o flaunted an emerald Gucci gown with sequin embellishments, and Liya Kebede sported shimmering, nontraditional runway looks from Louis Vuitton and Proenza Schouler. “Cannes is certainly a place where you can go for it: trains, capes, drama, romance, beauty. You will find it all here,”

Cannes also served as an exclamation point at the end of the sentence that has been Sienna Miller’s style transformation. The actress and jury member started the festival off strong, in a metal-detailed Balenciaga dress, changing into a one-shouldered, navy Lanvin number for the opening night. Later on, she dared to don a black Sonia Rykiel cape look with Bulgari jewels, and most recently she sported a Valentino kite-like dress that will go down as a lesson for how to do Cannes in a way that is both modern and chic. With the amfAR gala and the closing event still to come, there’s some hope that a little more unexpected drama might appear, but if it doesn’t, at least we’ll have Blanchett, Miller, Nyong’o and co. to hold us over until next year. 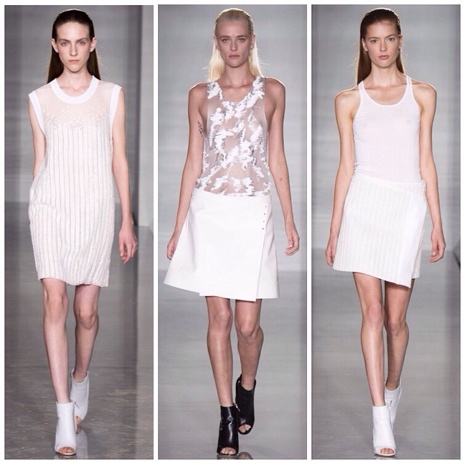 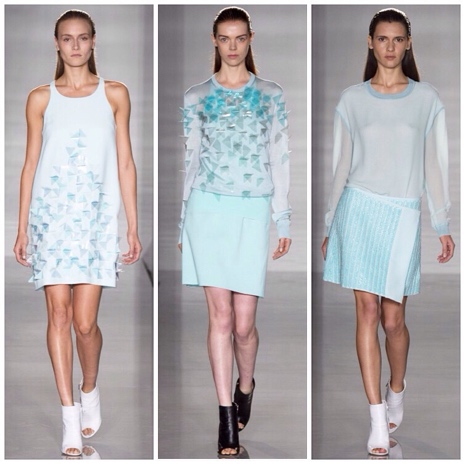