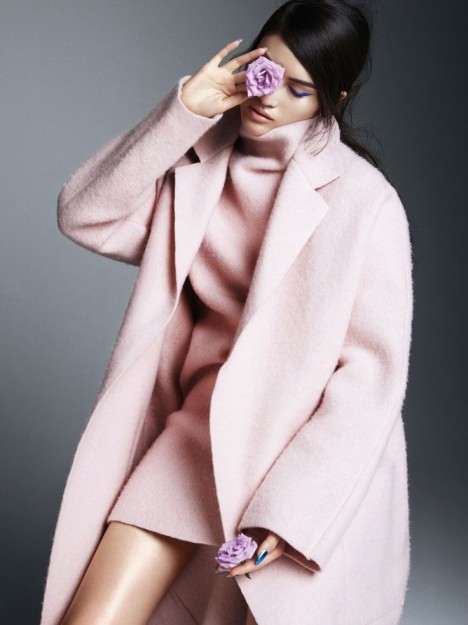 How you feel about pink probably depends on your date of birth, gender and how much your mother rammed it down your throat.

Somone born post 1992 – such as myself – would be the type of child who was dressed in ‘Daddy’s Little Princess’ T-shirts, force-fed My Little Pony and whose bedroom was painted various bilious shades of fuchsia until they finally rebelled and turned goth…almost. If you are that woman, you probably hate, despise and secretly fear pink.

There seems to be rather a lot of haters. No other colour provokes such violent reaction as pink. Many women are moved not towards grateful, tree-huging serenity at the sight of pink, but to fury. According to analysis published in The Harvard Business Review 2011, women loath pink. The thing is, do they genuinely hate it, feel they ought to hate it, or not so much hate it as find themselves insulted, outraged and royally hacked off by the gender-loaded assumptions that trail in its daily wake?

Personally, I love pink. Not the Barbie World pink but that soft girly pink that matches almost anything in my wardrobe.

Miuccia Prada, savvy contrarian that she is, is fully cognisant of the political and sociological contradictions of pink. That’s why her autumn/winter 2015 collection is saturated in the sugariest incarnations of the colour. Miuccia’s collection also garnered a swathe of headlines, but hers were positive. “I hope it looked ironic,” she said after her show, while also acknowledging that pastel pink, for all its anti-feminist credentials, happens to be a very pretty colour. And its all over the next winter’s collection. “Oooh I love pink. Its such an evocative colour,” Erdem Moralioglu expressed as their latest showroom is feminised with cherry-blossom-pink silk dresses, “Pink is particularly chameleon-like, if you put it next to emerald green its bizarre and wrong in all the right ways. Mix it with crimson and raw primary shades and it starts to look interesting and quite pervy.”

The Queen is Supreme Defender of pink, especially the pastel version. She looks magnificent in it, both feminine and majestic. The majestic queenliness could be more about her than the colour.. but thats not the point. We must stop allowing pink to define us, and instead set about owning our personal favourite shade. Talking of other pink-wearing models – how about Michelle Obama, Hillary Clinton or Angela Merkel…not one wuss among them. Sometimes it takes strength to show your softer side.

For me the funny thing is that around 95% of men, purchasing for their wives and girl would go for something pink. Most of male shopping occurs (in an absolute colour blind panic) around Christmas, Mothers Day and Valentines Day, which is know now known as peak pink period. When in doubt marketeers grope for pink and therefore the males fall into every little trap that they have set and pink products are brought. 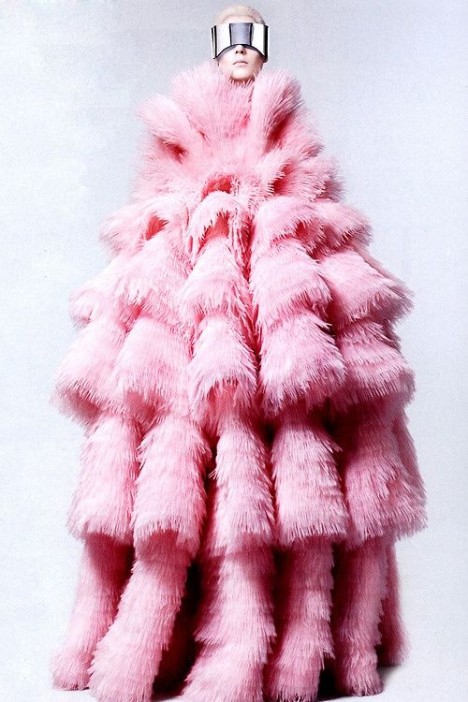 In the end, it is the sheet gorgeous, luminous, orgasmic, sring-like loveliness of pink that keeps us buying, despite our protestations. The bestselling colour for prom dresses the year Gweneth Paltrow was lampooned for her weepy Oscar speech over her pale rose Ralph Lauren was…pink.

Incidentally the following year she went back to black – but too much pink can have that effect.