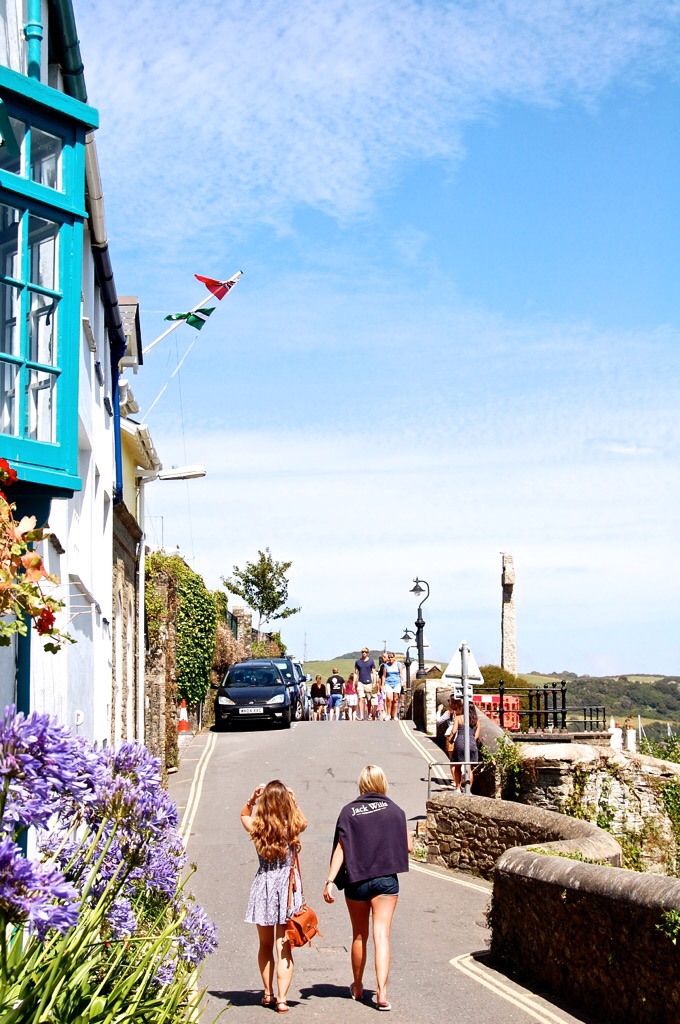 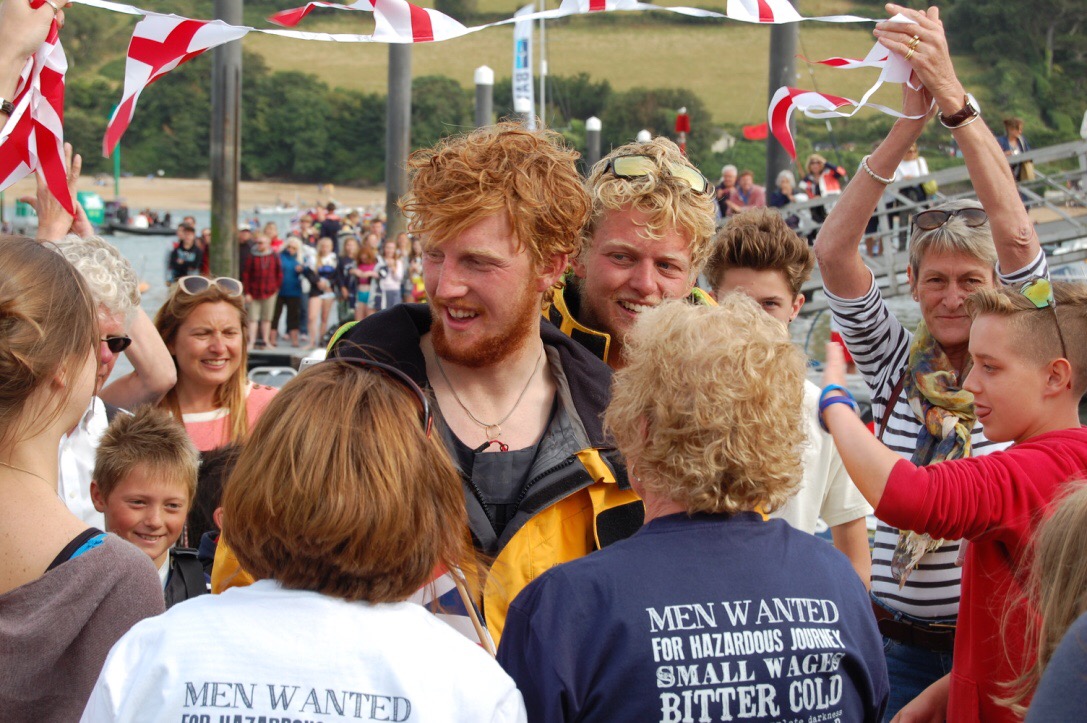 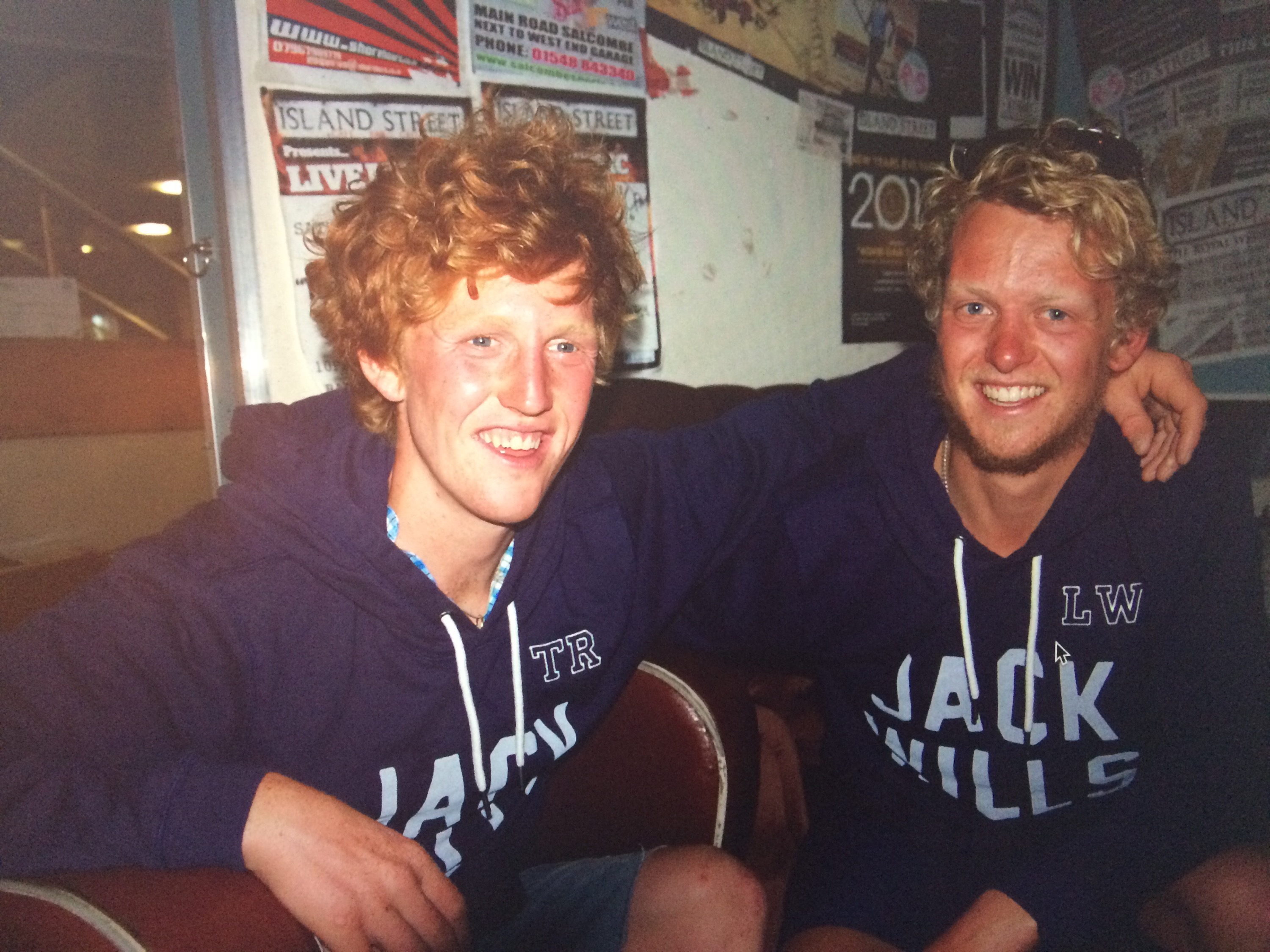 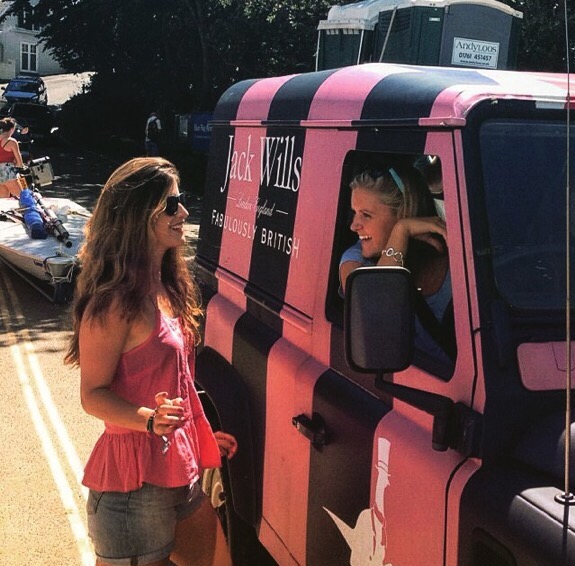 So after a fabulously muddy weekend at Somersault, by Sunday evening it was time to pack in the glamping and the wellies and exchange them for flip flops and beds back in Salcombe.It was too far for the Abersoch two to travel all the way home and so they piled into the landrover too and came back to the south coast with us. It was so nice to finally be driven, as I happily handed over the landy keys to Will and basked in my one journey being chauffeured.

Back in Salcombe we all arrived in plenty of time for hot showers and an evening at the Bar and Grill, before heading back to get a good nights sleep and say our goodbyes over brunch the next morning.

The next few days we were given a lot of leeway with the ‘content’ that we provided head office, as it was definitely time to push our opening party for the last few days, finalise arrangements, order props and accessories online and plan the even to the final T as well as getting on with our lives, seeing friends and arranging spontaneous evenings.

One of those evenings actually occurred on Monday night! The whole point of our job is to act like ambassadors for the Jack Wills brand and life an aspirational lifestyle, and to show it off. Ewan absolutely loves putting movies together and so Caitlin and I thought we could make a ‘Seasonnaire Dinner’ for aspirational pink and blue photos (and also so that we could have a cute sunset dinner with yummy food).

We stocked up in Tesco on all the food we thought would look aesthetically pleasing in photos, as well as getting pink and blue flowers, candles, table clothes and other little props. When we were back at the house the filming starting, with food prep footage, setting the table footage, getting ready footage and finally eating footage! (As well as filming, this part actually meant we got to eat the delicious food and it was so yummy!)

Tuesday meant more party prep as well as spending the evening at our friends house to celebrate his birthday with a well deserved BIG Chinese take away and a few drinks around a firepit… (such a Salcombe lifestyle!)

As Wednesday was our last full day to push the party, we got all the props organized and spent the morning prepping and promoting, as well as sorting out the business side of things and sending over invoices and party plans to head office. The evening was a perfect time to relax and get a good night’s sleep so Caitlin and I put on a film and snoozed before having the earliest night.

Opening party day was finally here and it was time to head to the beaches for one last hand out of the invites, but every person that we gave them to already knew and was planning on coming already! So we then headed to the Bar and Grill to set up for our party! They’d sectioned off a part of the terrace for the beginning of the night and we set up the comfy seats with Jack Wills bunting and banners all over the bar. There were two huge crates painted white that we spray-painted a huge J and W on them, a big beer pong table and then it was time to fill the ceiling with balloons! It took absolutely ages as every time we pinned a section of the net up and filled it with balloons, another section popped off and fell and all the balloons would drop to the floor! It was so frustrating! Eventually we found a thinner lighter net and it worked a treat, (after all that stress) and the balloons were finally held in the sky. When it was time for the party I was actually quite stressed… what if no one showed up or what if it was a bit of a flop like the pervious year’s parties had been!? I just wasn’t sure. At first lots of families arrived, obviously after the free stash and so it felt a bit like we were hosting a kids party, giving them cool Jack Wills photos and letting them have their photos taken infront of the big banner. But thankfully, eventually they soon cleared out as the night got later, and the party filled up, and the DJ started. Everyone was dancing, getting drinks, playing beer pong, there was about 200 people and when the night came to an end at midnight, no one wanted it to stop! Such a success and we were so happy and utterly exhausted. 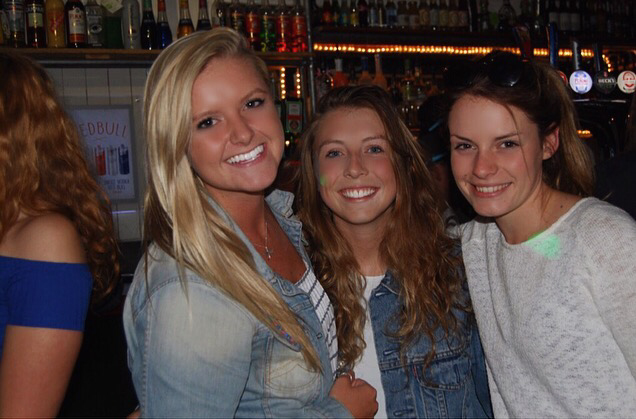 On Friday it was moving day and so we had to be up and out of the house by 10am, despite our big night the night before, luckily our house was super tidy and packing was fairly easy… we packing up our stuff was, packing the landrover will all the things we’d accumulated was harder than we thought however eventually we were moved out and homeless, sitting in the bar and grill to use their wifi for work. The rest of the afternoon was spent lounging and relaxing on the beach, our friend has a boat and so drove us all out to Sunny Cove, a beautiful little beach only accessible by boat and we lay there until the tide came up so far that there was no more room. It was then time to move into our new house!

At first our house seemed quite bizarre… it seemed as if it was literally in the middle of no where, as it was quite a dive up the steepest of roads to Lower Batson to find it! When we arrived, we found that the house was literally the only one in the area that high up and after collecting the key from the garage, we entered into a dark house filled with creepy looking portraits and creaking windows. We kept seeing new portraits through different windows and screaming because we thought they were people and we were horrified and obviously freaked ourselves out completely! Safe to say it took me a long time to get to sleep that night, but soon enough it was morning and we discovered the absolutely stunning views that we had at our windows! As the house is so high up, the fields outside the windows stretch for miles winding down to the bright blue sky filled with boats. It’s stunning and we definitely feel a lot better about the house now… we’ve even named the portraits! 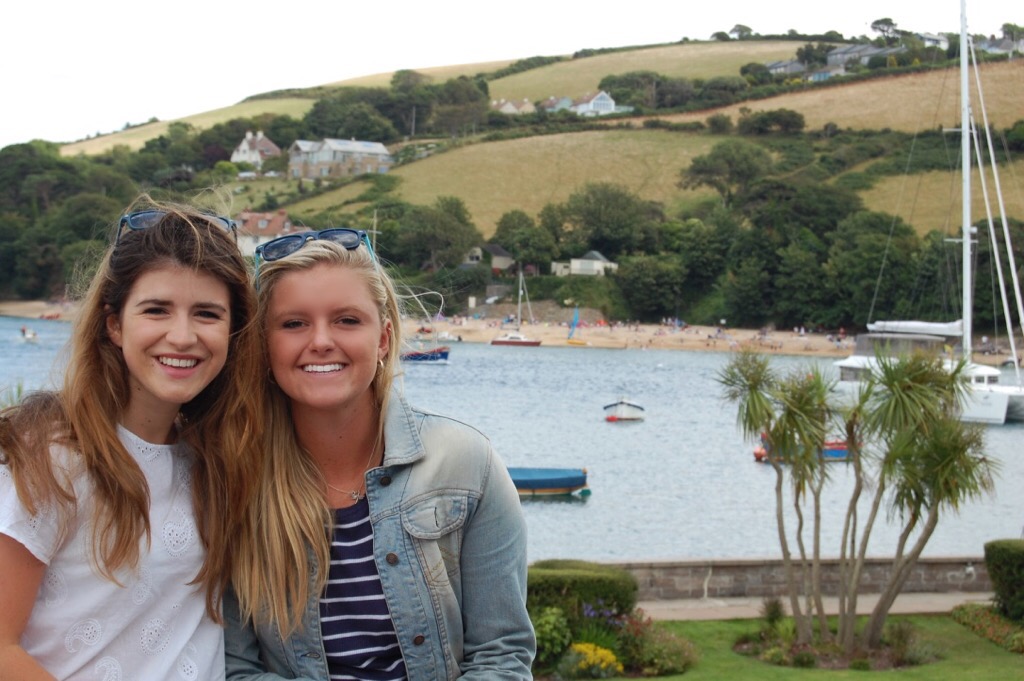