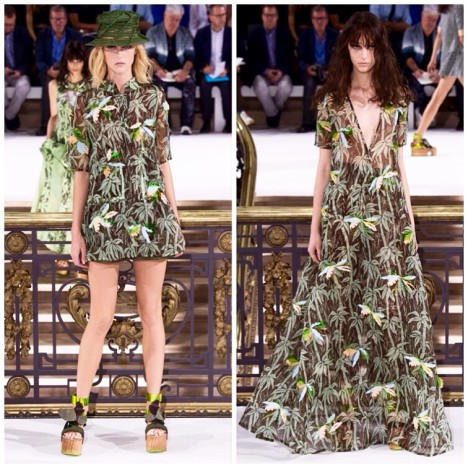 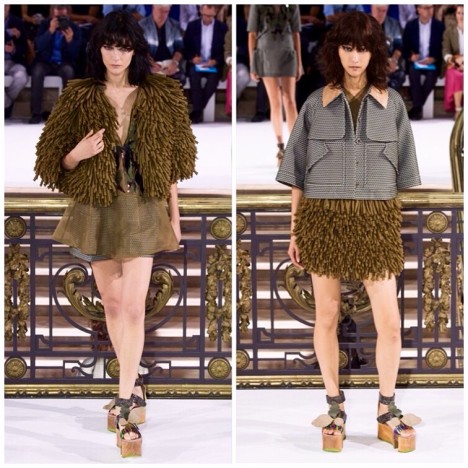 With his new collection for John Galliano, Bill Gaytten was inspired by all the things he could do with jacquard. The patterns and textures made him think of the artisanal and the organic, which—in that leap of faith you must take at face value with creative types—took him deep into the jungle: Bamboo prints, wood-veneer-trimmed basket weaves, patterns of scarification, and vivid applications of iridescent plastic leaves window-dressed the theme. Silhouettes were mostly high-waisted, layered or pleated, short—a little on the schoolgirl side. Boxy, cropped jackets, half-belted high in the back, compounded that effect. When hems went floorward, there were floaty mousselines and organzas in vivid jungle greens. Everything was shown with blocky platform clogs. 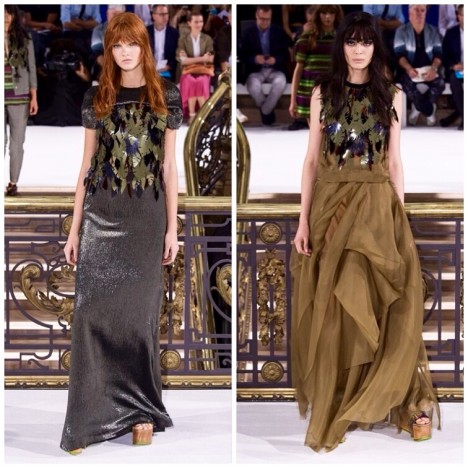 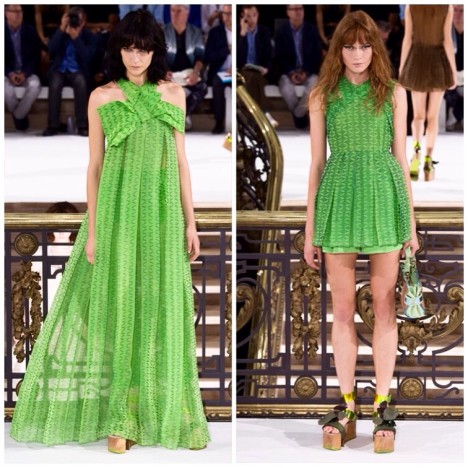 Give Gaytten this much: He has the courage of his unwavering convictions. From the first look (a faux-gorilla cropped jacket made of silk organza tubes arduously applied one at a time) to the last (exactly the same piece, in lime green), he stuck to his guns. To give this peculiar exercise its most positive spin in the light of recent Galliano outings, you might conclude that Gaytten has decided a cartoon-ish, manga-ish path is the best route to the future. Down that road there maybe lies a client for these clothes. 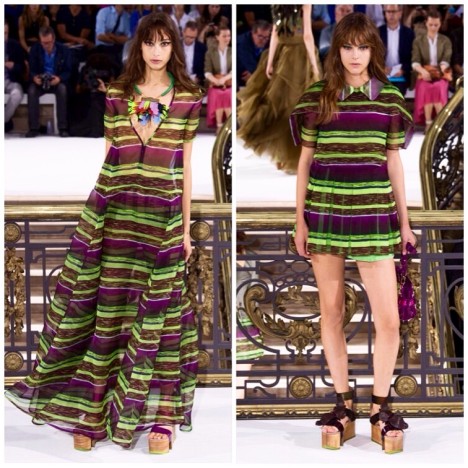 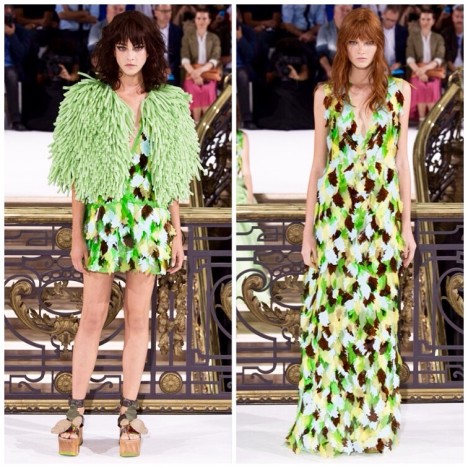 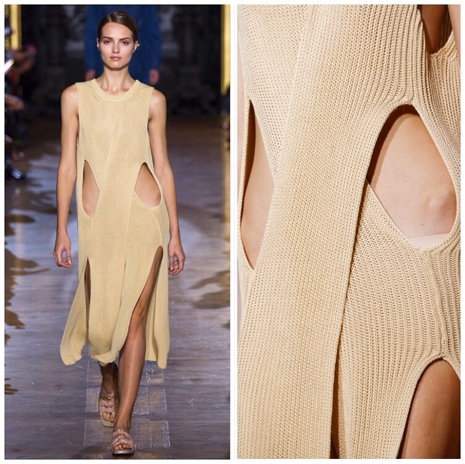 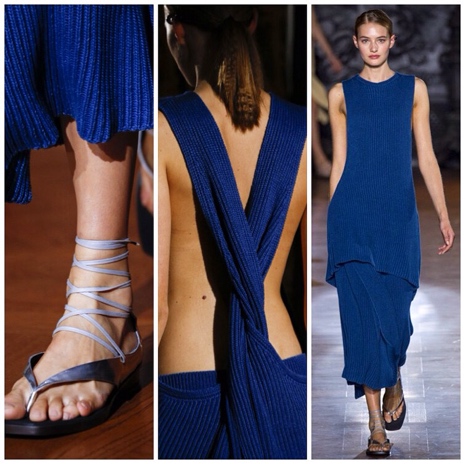 HERE’S one for the shopping list: if you don’t buy anything else all spring – buy knitwear. Knitwear was woven in organic yarn – what else? – and crafted into slouchy asymmetric silhouettes while a series of romantic silk dresses jigsaw-ed together from clashing patterns and prints tapped into Stella’s soft side.

A faded plaid print on fluttering silk was wishy-washy in the line-up but those silk trench coats were winners, so too her drawstring parachute silk parkas, billowing behind.

It may sound like an odd observation but Stella McCartney makes clothes that are women-friendly. There is no crash diet to get on to before slipping into one of her baggy jumpsuits; nothing to consider when it comes to deciding what to throw on under one of her silk trench coats – any dress will do, or a favourite pair of jeans and a T-shirt. For that reason her clothes can be empowering. Nothing is too complicated, there’s nothing to get your head around.

Sometimes that can translate into a collection that flatlines: this offering wasn’t perhaps bursting at the seams with zingy new ideas but it didn’t have to. Stella knows her woman and what she wants to wear come summer: she wants to look pretty and a little bit cool, and she’ll find that here. 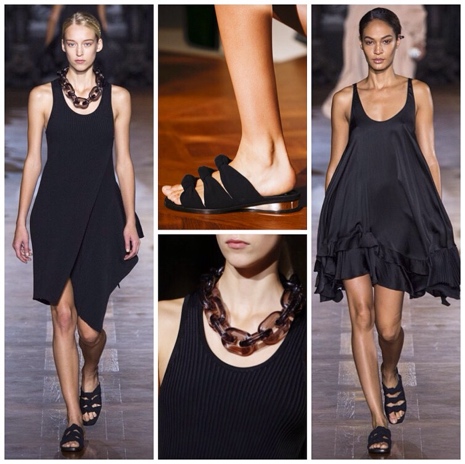 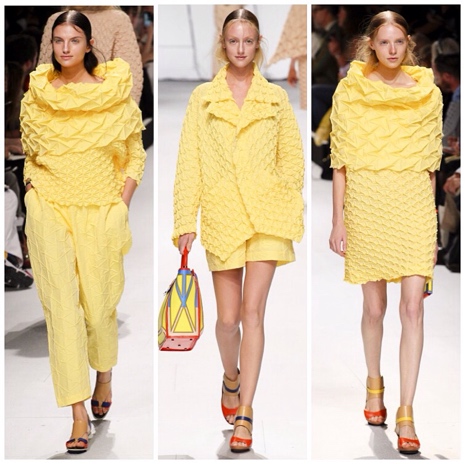 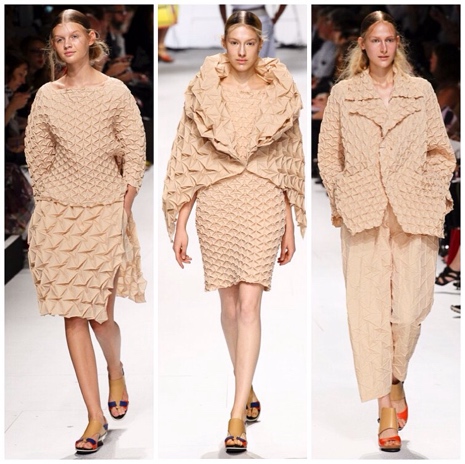 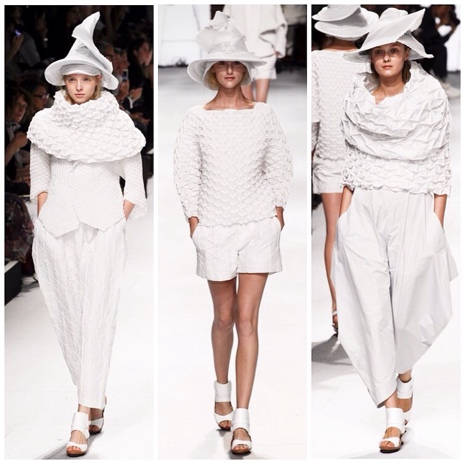 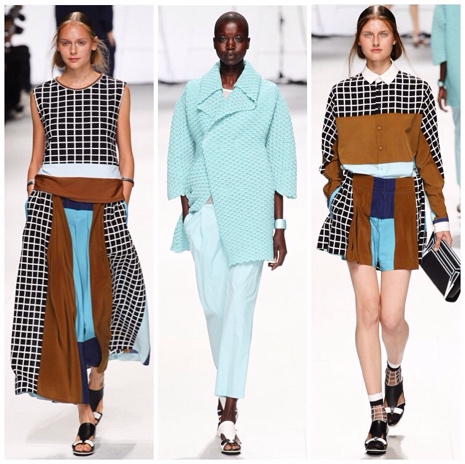 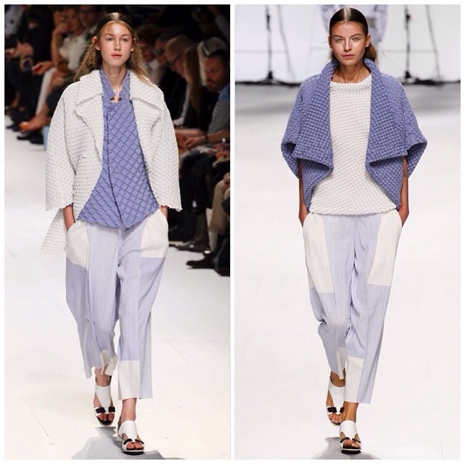