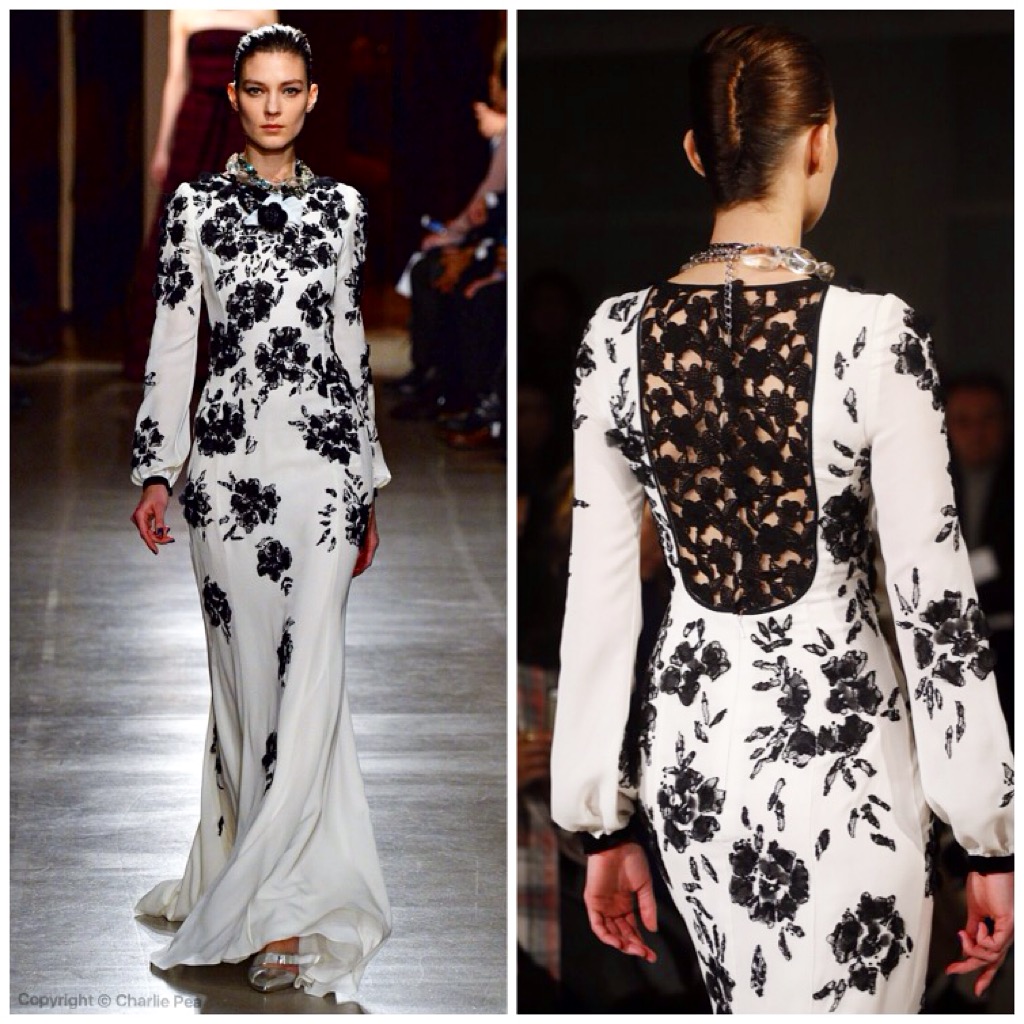 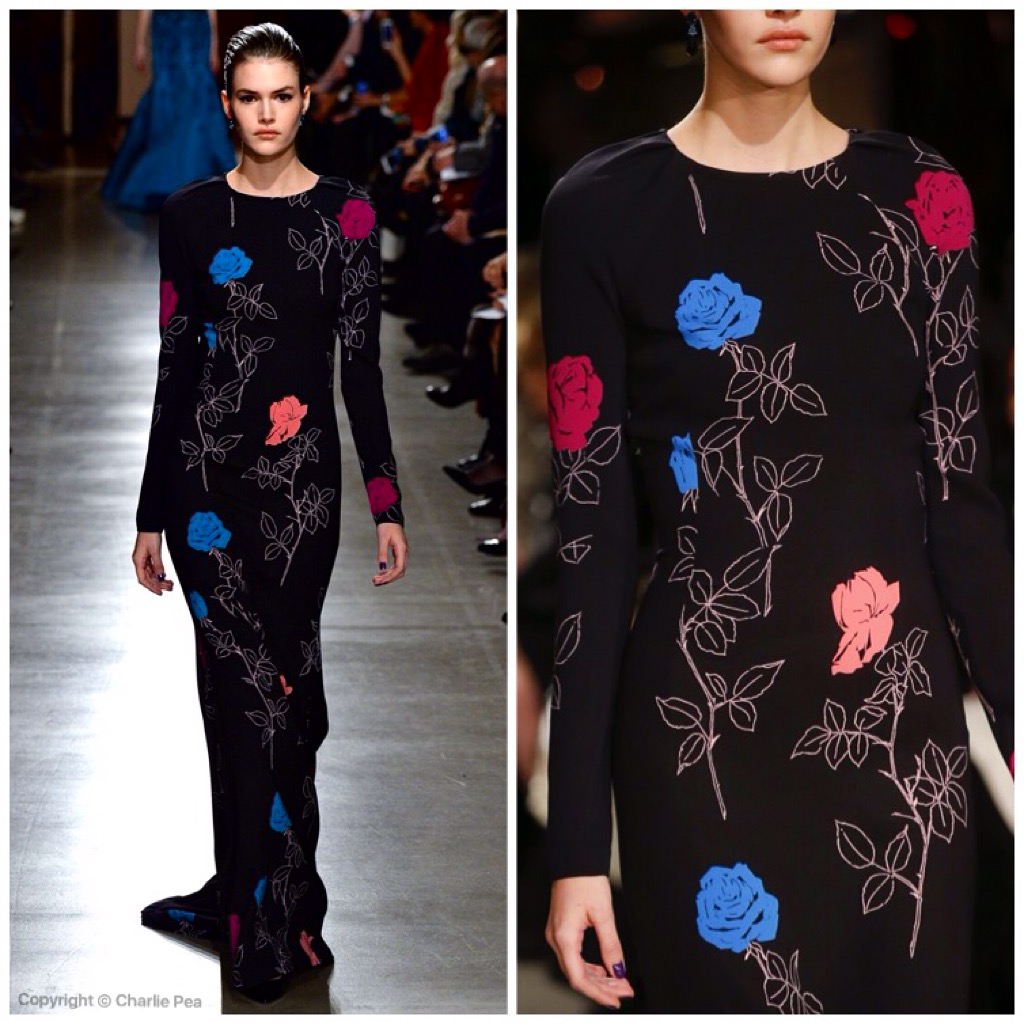 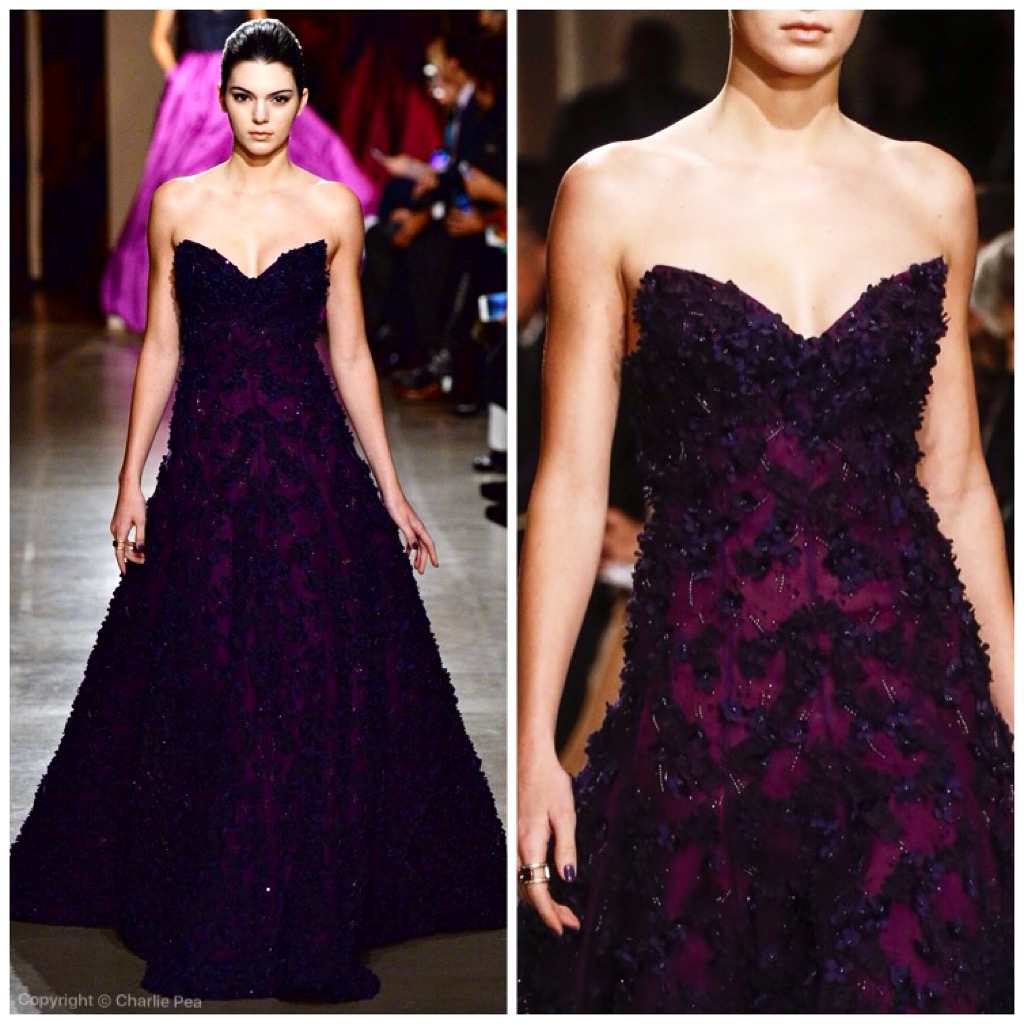 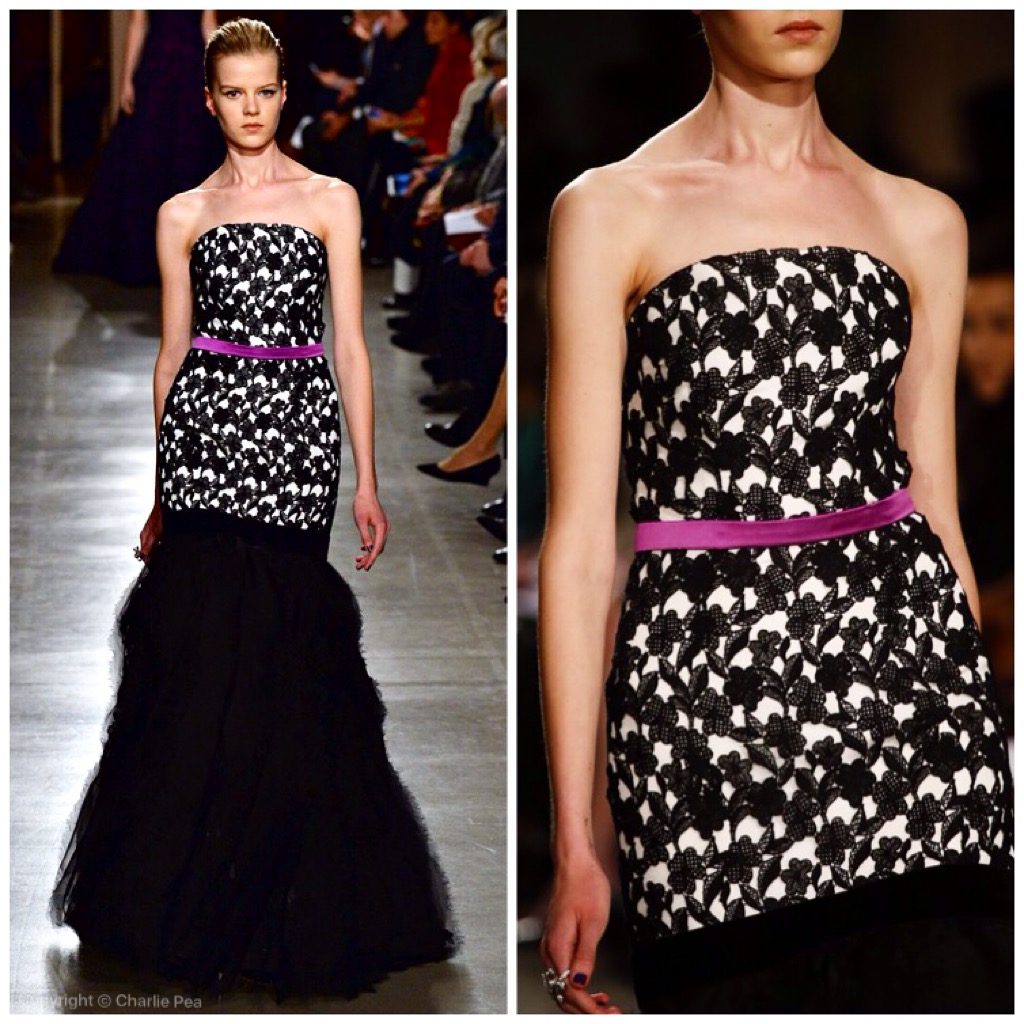 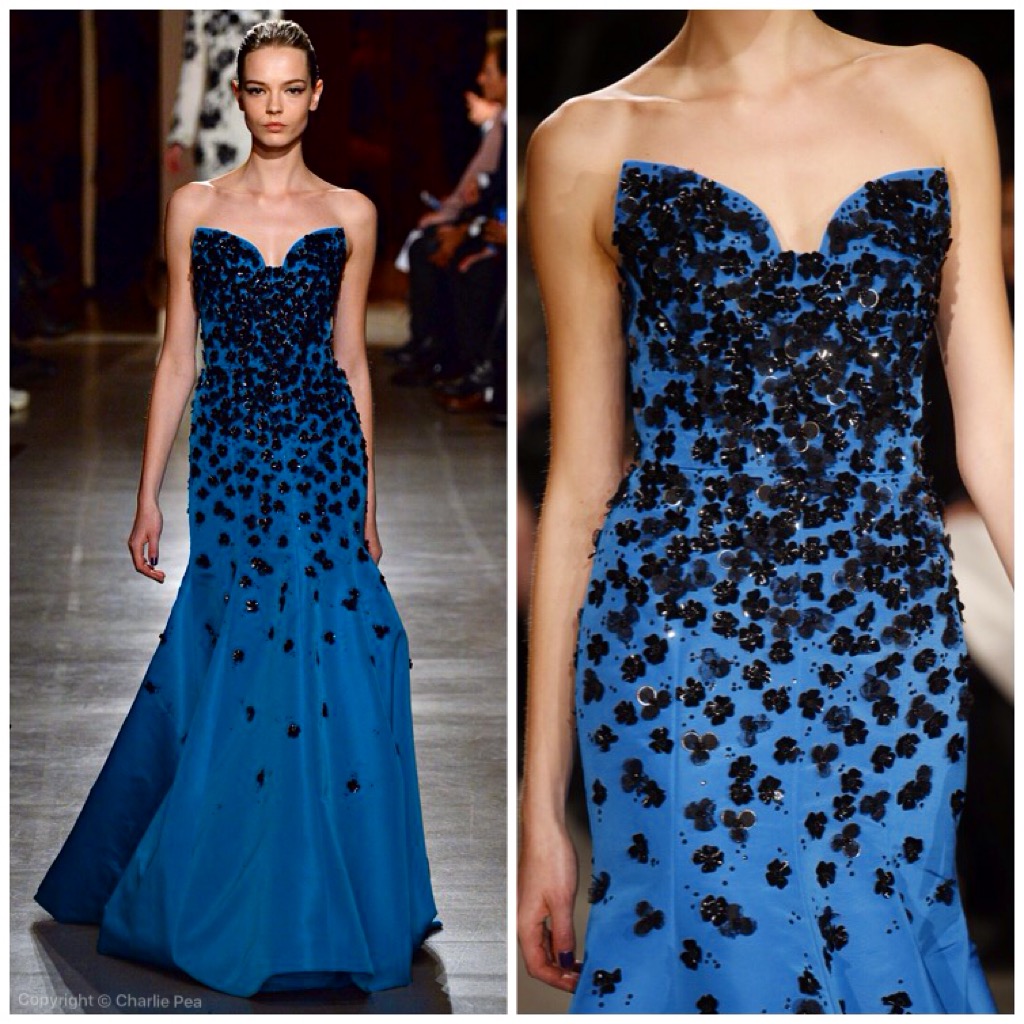 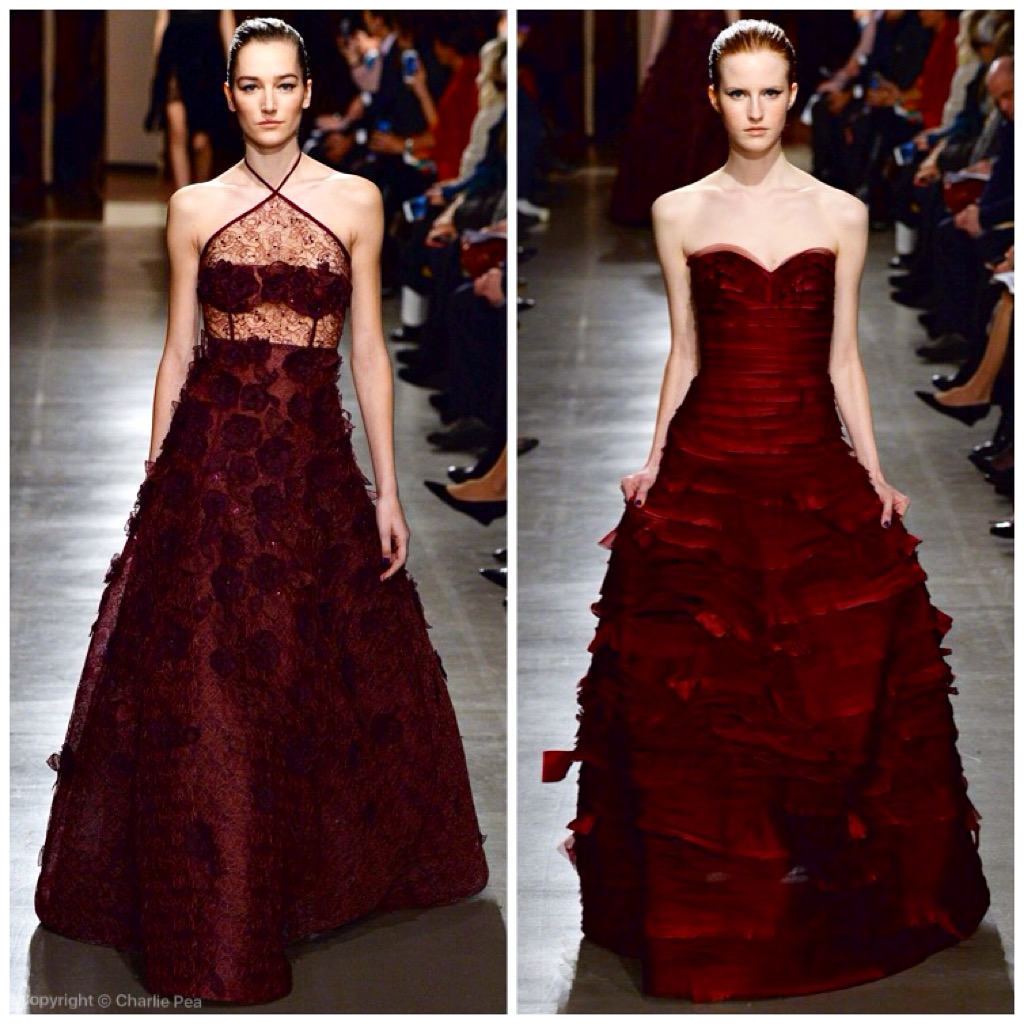 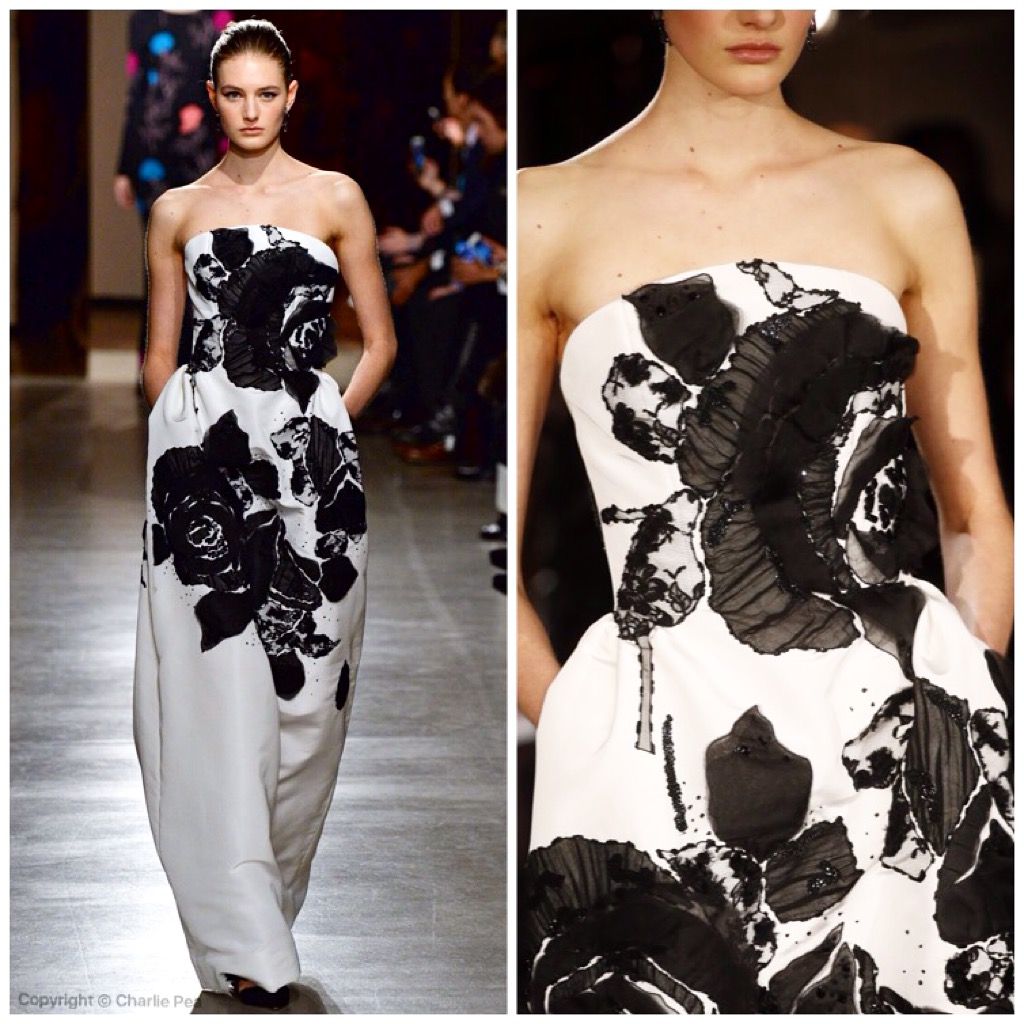 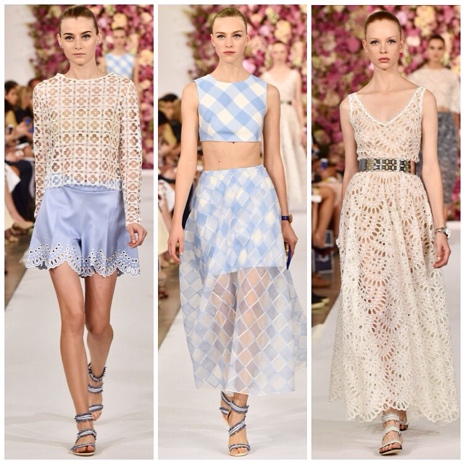 AN Oscar de la Renta fashion show, perhaps more than any other, is one where show-goers are transported into a parallel universe. It’s quiet, away from the smog and heat and hustle and bustle. There’s no pushing and shoving – this is a world of refined elegance and decorum and it’s a real treat to visit. Sometimes, that can all add up to something terribly grown up but this season, the 82-year old designer presented a collection that was fresh, youthful and utterly gorgeous.

Yes, those fabrics were opulent; his jumbo broderie anglaise looked like the finest in the world, but silhouettes were whipped up into something pretty and young. There were even midriffs bared between buoyant skirts and cropped A-line tops, while his florals were all sweetness and light. Gingham is a trend to note – it’s now popped up on numerous occasions throughout the week – here, it arrived in baby pink and blue.

Stuffed toy elephants were perched on everyone’s seat, they were gifts from the Clinton Foundation to raise awareness of poachers. They were cute, and further proof – as if it were needed – that Oscar de la Renta knows the way to a woman’s heart. 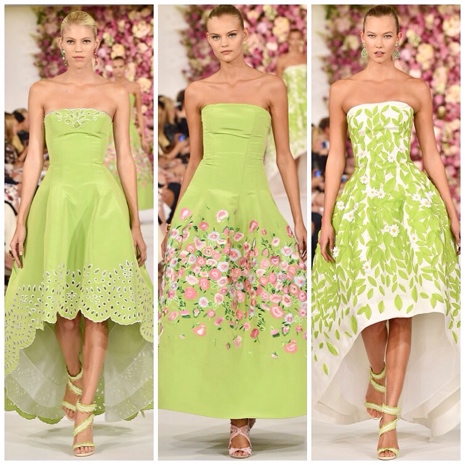 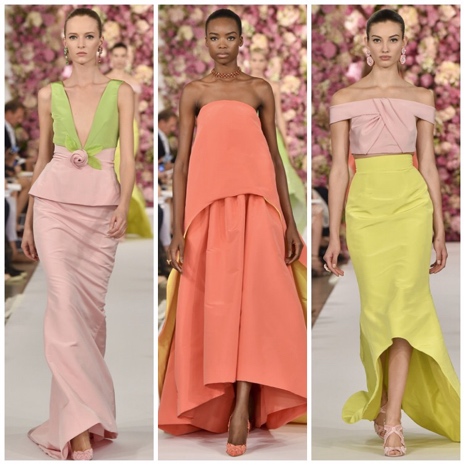 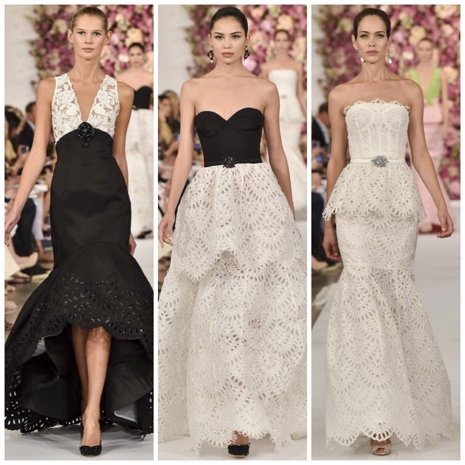 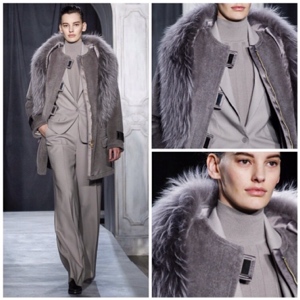 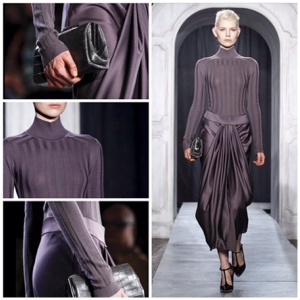 WE know Jason Wu can do flounce and fluster, but today he swapped his signature dressy-dressy way of dressing for something with a more androgynous approach.

Lines were lean and lengthy in luxe and serious shades of black, silver and petrol blue for sinuous gowns that twisted at the neck and waist – but not in an over-complicated manner – and silky tops that did the same, and which came worn with wide trousers.

For outerwear, the oversized parkas will make sure that even when wearing only one of those slinky dresses beneath, potential red carpet walkers will be warm. Meanwhile, T-bar shoes and mannish tailoring gave it an overall Forties slant. That’s one show down for Wu this week – as the new creative director of Hugo Boss, he’ll now be getting ready for his debut on Wednesday. 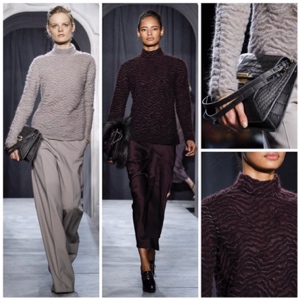 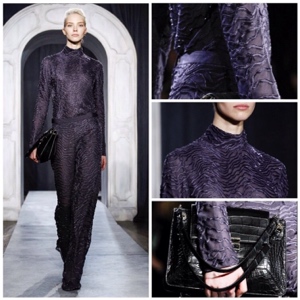 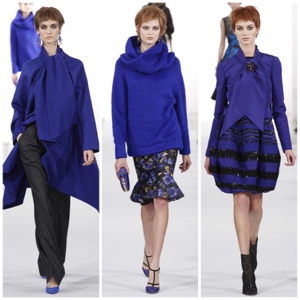 PRINCESS-pretty and dream dresses come courtesy of one man in New York – and that’s Oscar de la Renta, the legend, the life, the man who doesn’t need to reinvent the wheel, simply send out swoon-worthy gowns on the likes of Karlie Kloss to make girls’ (especially brides-to-be) hearts beat that little bit faster.

But tonight he threw a sartorial spanner out into the crowd and started the collection with a more masculine-noir approach: pinstripe suiting in sombre shades and even leather, which made for a pair of wide-leg trousers, a skirt or two and a cape coat. There was even one fairly aggressive leather skirt suit complete with biker jacket, zips and lacing. But then he began to feed in that sense of sweet – fluted skirts, lace blouses, prim ensembles, prettier shades, florals and then of course a crescendo of ballgown creations to finish. Oscar nominees will have been paying close attention here. 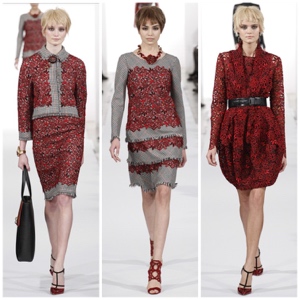 Oscar de la Renta, a designer for the Park Avenue set, Hollywood, and first ladies, died today at his home in Kent, Connecticut, after a long battle with cancer. He was 82. De la Renta, who was born and raised in the Dominican Republic, trained with Cristobal Balenciaga in Spain and worked with Antonio del Castillo at Lanvin before moving to New York to take a job with Elizabeth Arden. He was a big believer in ready-to-wear back when ready-to-wear was a novel concept and launched his own label in 1965. He has recently seen it grow into a $150 million business. In the last month, De la Renta dressed Amal Alamuddin for her Venice, Italy, nuptials to George Clooney and Michelle Obama for the Fashion Education Workshop she hosted in Washington, D.C. It was the first time Mrs. Obama wore a dress by the designer.

Last year De la Renta received the Founders Award from the Council of Fashion Designers of America. When Style.com asked him to interview another American designer to mark the occasion, De la Renta chose Alexander Wang, who was up for Designer of the Year and had recently been named the creative director at Balenciaga. We had lunch at a communal dining table in De la Renta’s 42nd Street atelier. Oscar served takeout Thai food, and burnished his reputation as a consummate gentleman, asking Wang questions about his youth and his new gig in Paris. But I will remember the conversation for how candid he was about his own experiences.

On Balenciaga: “I was picking pins up from the floor.” On how he landed the Lanvin gig: “I had never draped anything. But I said, ‘Of course I know how to drape.’ As I left Lanvin, I went to the telephone booth and I looked in the yellow pages and I found the biggest ad for a fashion school, and said, ‘I just accepted this job to work at Lanvin, so would you teach me in a month what you teach in a year? ’” On being in business for over 50 years: “I still have the same passion. In fact, perhaps I’m wrong, I think I’m a much better designer than I was 50 years ago because I’ve learned more. I have a much better sense of who my consumer is. Every single day is a learning process… Think of who my woman was then, and who she is now. When I first came to New York, a woman in a pair of pants would not be allowed into some restaurants here. Fashion keeps moving. You just have to keep aware of what’s going on.”

De la Renta’s Spring collection, shown in early September, was one of his loveliest that I can recall, set against a backdrop of soft pink flowers. As I said at the time, it was “feminine, unfailingly polished, and lush with color,” with one sensational evening dress after another. An absolutely fitting swan song. But perhaps Karlie Kloss, writing on Instagram that night, put it best: “There is no one on earth who makes a woman feel more beautiful than Oscar de la Renta.” 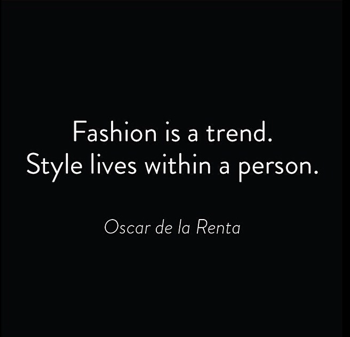