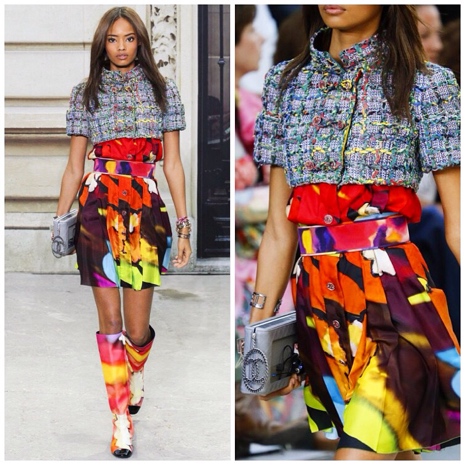 Bloggers’ obsession with street style has reached fever pitch here in Paris, and that might have been on Karl Lagerfeld’s mind when he erected hoardings of a typical Parisian street, “Boulevard Chanel”, inside the Grand Palais. Show-goers had to look twice to realise it was hoardings and not an actual bricks-and-mortar street (no expense spared here), there were even real puddles by the curb, because even a Chanel street isn’t immune to the occasional downpour.

Models came out en masse, alone or in twos and threes chatting as though they were out for a casual Saturday stroll. The clothes they wore felt like their own, which might have something to do with the familiarity of them. It felt like a heritage collection, exactly the sort of clothes that Chanel’s moneyed customers come to this house for. There were countless interpretations of tweedy suits every one as fabulous as the next whether they were rendered into flared trousers or micro minis; splashy painterly florals over silks, kicky box-pleated skirts, sometimes layered over narrow black trousers; and mosaic cocktail dresses made up of rectangular pewter plastic tablets, arranged like bricks, which echoed back to the architecture of the show’s surroundings.

An appearance by Gisele was also thrown in for good measure, dressed in one of Chanel’s signature striped cardigan dresses. There were some newer pieces spotted here too, like last summer’s hit Art bag – itself a street star sensation, captured by Tommy Ton in every fashion capital.

What’s a street without a protest? For his finale, Lagerfeld staged a mock demonstration complete with banners that read “Tweed is better than tweet”, “Be your own stylist”, “Make fashion not war”, “Free freedom”, and “Ladies first”, with Cara and Gisele on quilted Chanel megaphones screaming, “What do we want! When do we want it?”

Those street style snappers would have been all over it. 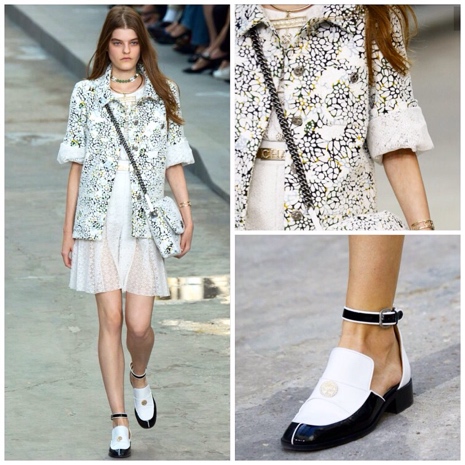 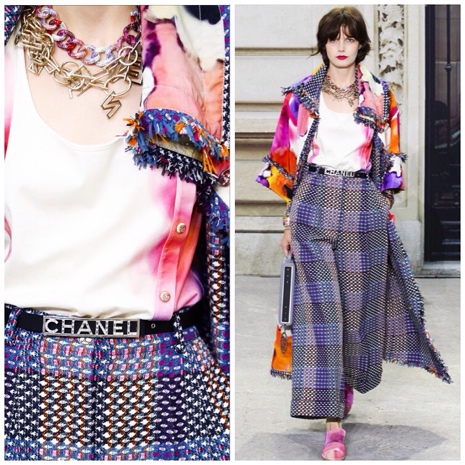