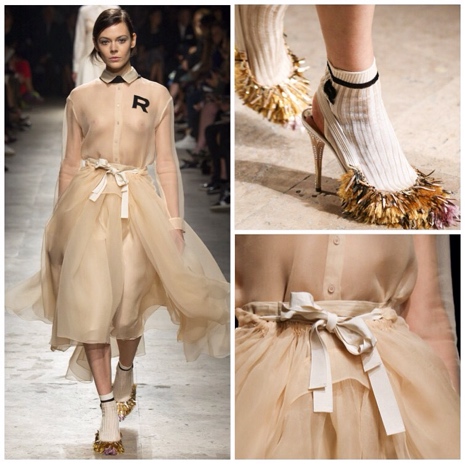 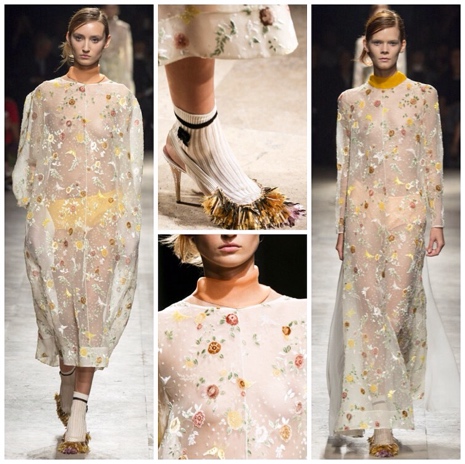 IT’S two seasons in for Alessandra Dell’Acqua at Rochas – the No 21 designer replaced Marco Zanini at the end of last year and made his debut for the house last February and cooked up a resort collection in between.

At No 21, Dell’ Acqua is known for his ability to join the dots between girl-boy dressing and we saw an offshoot of that this afternoon – his weapon of choice being a utility belt to add an industrial-futuristic feel to typically beautiful and fragile Rochas looks that under Zanini’s tenure had simply just been about the frou. Whether wearing your belt up high around your bust over a bejewelled black evening coat or jacket (or ball gown) will catch on in the real world is a different story, but here it helped to bring a modern plot to the house.

But there was plenty of lace and grace to be found too: the show notes cited sentimental adjectives – “virginal shyness”, “blooming sensuality”, “delicate”, “preciousness” – and they all performed.

Emphasis was on the back with high-neck collars unfolding into bows and sweeping down the back. Waists were dropped for fun and youthful appeal while Victoriana notes came in lace and high front-facing collars on long gowns.

“Naive” and “innocent” perfectly captured the sense of what was going on here, transparency was key. There was night-time allure about dressing gown dresses and coats, the girls ghost-like in their there-then-gone appearances.

A special mention has to go to the shoes which, as is fast becoming the Rochas staple, were tinsel-smothered at the front like a high-end feather duster and teamed with socks cut away at the heel.

But the main thing to take away was the utility belt. Will you? 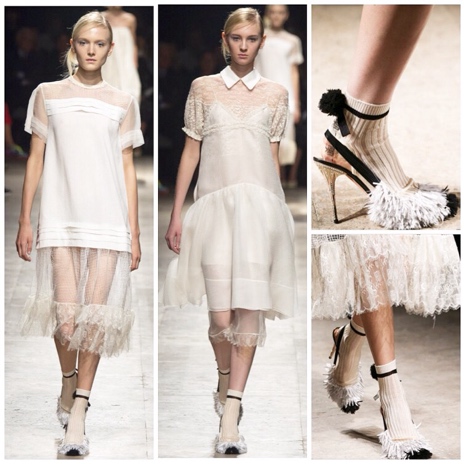