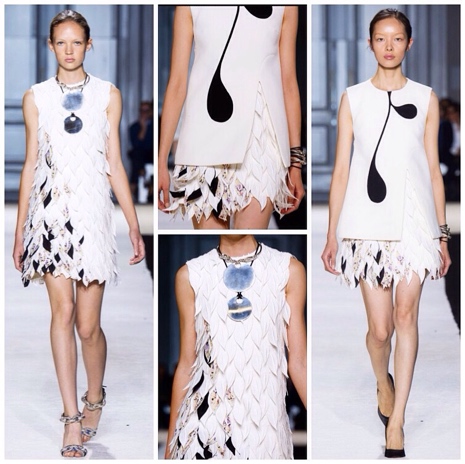 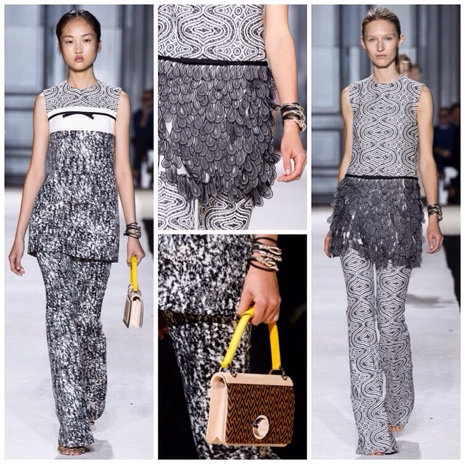 AND so to Giambattista Valli, the designer, whose white macramé dress strewn with applique petal confetti was selected by the new Mrs. Clooney, human rights lawyer, Amal Alamuddin in which to make her first public appearance as the 53-year-old actor’s wife.

Valli must have been chuffed to bits. To boot, the designer is on a roll, having launched his younger line, Giamba in Milan a couple of weeks ago (with that collection, which sells for roughly 30 to 40 per cent less than his mainline, and up to his couture pieces, his designs now span a huge breadth of price points – all the better for attracting more and more customers). 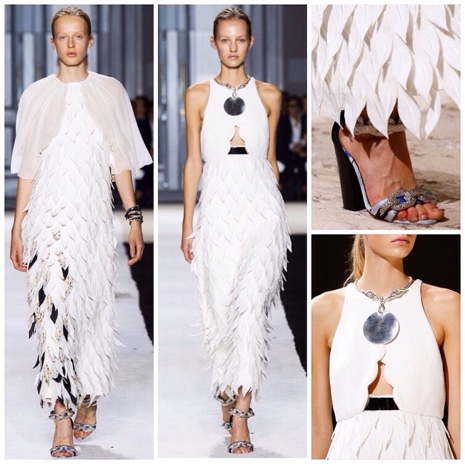 The collection he sent out was in a similar vein of pretty with a decidedly Seventies spin – the decade, it’s safe to confirm is the decade of spring/summer 2015. It turns out Valli can cut a mean pair of flares. They came in various guises and topped with thigh-skimming tunics or three-quarter sleeve coats. Varieties of sweet A-line skirts, and shift dresses were presented in a refreshing palette of pink, white and black.

It wasn’t all lust-worthy: a white leather fringe mini dress looked awkward, those stonking silver necklaces with huge sphere hardware were clunky and distracting and some pieces here just appeared too girlish. It was the simpler ideas – and those leg-lengthening flares – that shone through this afternoon. 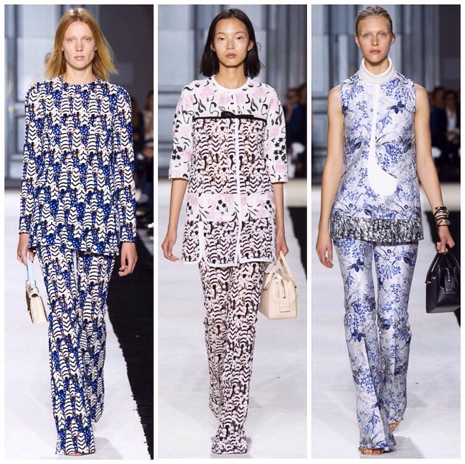 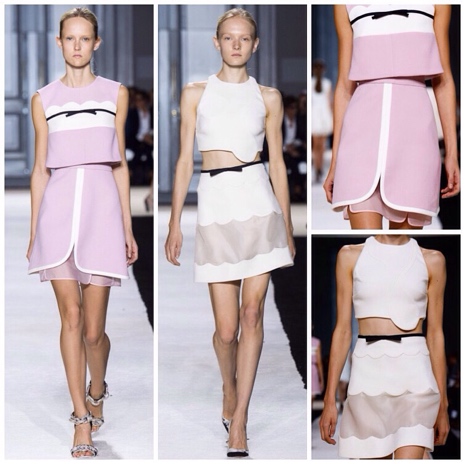 To shop the beautiful and classy looks of Spring/Summer 2015 Giambattista Valli click below: