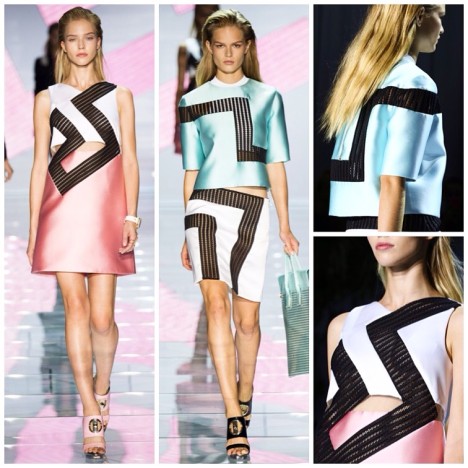 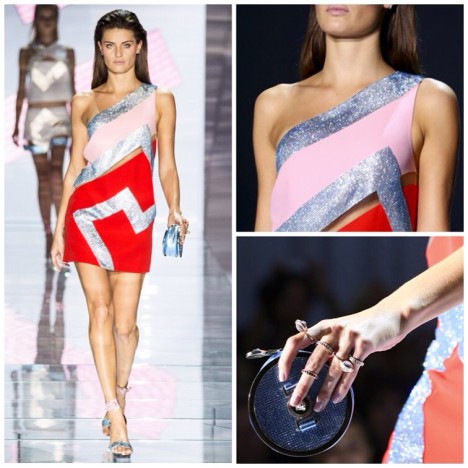 Knowing Donatella Versace’s love of balls-out rock, thinking back to the Versus show in New York and St. Vincent’s storming performance at the after-party, it’s easy to assume that what Donatella was a direct reflection of her recent experiences. Straightforward silhouettes, bold color, and no embellishment added up to her strongest collection in a long time. She didn’t need to fanny around with eveningwear. That’s what couture is for. Instead, she offered a starkly modernist, color-blocked, crystal mesh take on cocktail dresses (the kind of cocktail that will carry you through till dawn—and a lifetime of regret). 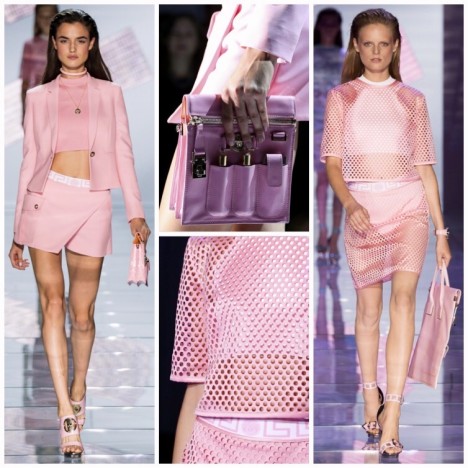 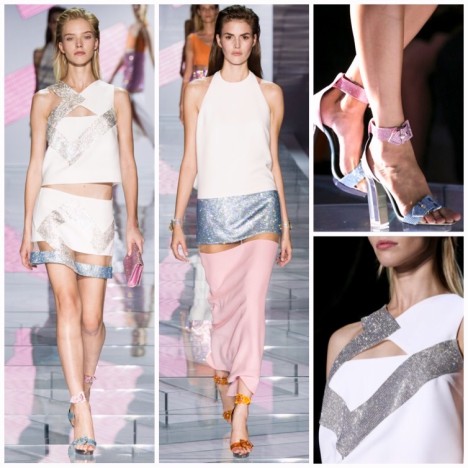 True, the crystal mesh was a slam dunk in the vein of vintage Versace, but the real achievements of this collection lay elsewhere: in the comparatively quiet sophistication of the prints, the Warholian reconceptualization of the house’s Medusa signature, the motif of rings artfully dissected with real metal. And in the hyper-athleticism of pared-back pieces bifurcated by angular graphic sashes. Or in the peculiar, naive energy of sharp black tailoring defined by oversize white stitching. It was like there had been some kind of overlay on Versace, a sensibility that was slightly to the left of the label’s tradition. Slinky sexy, yes, but also fiercely don’t-give-a-damn physical. 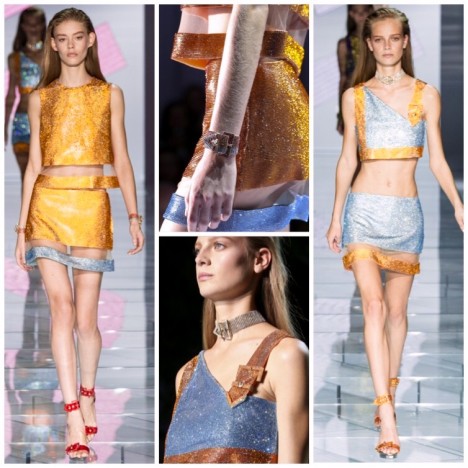 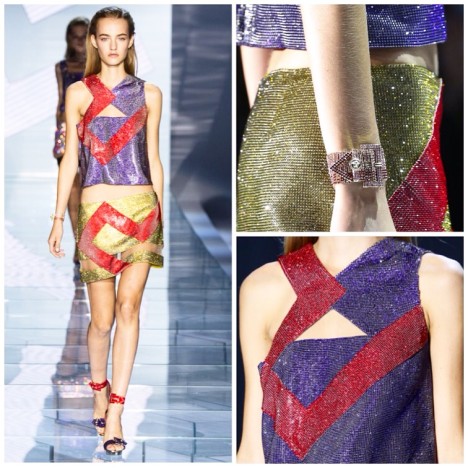