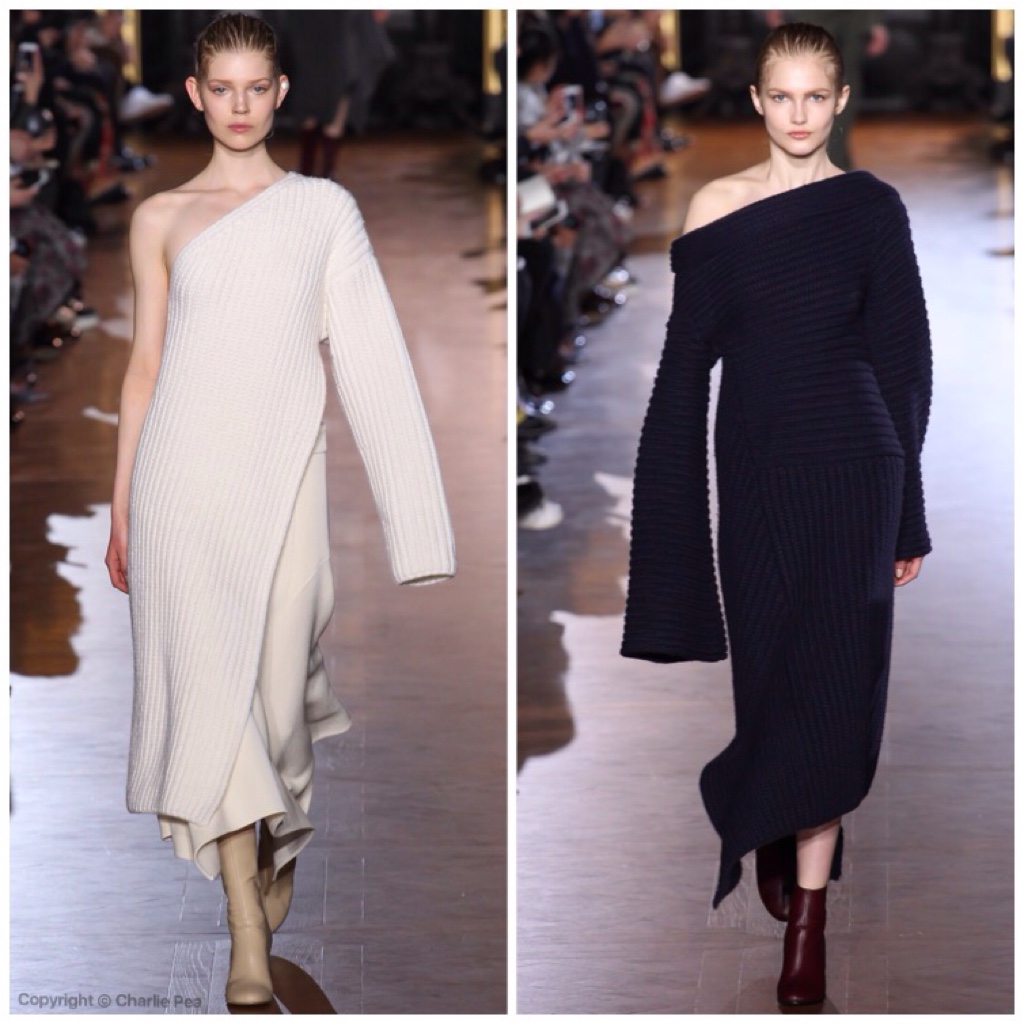 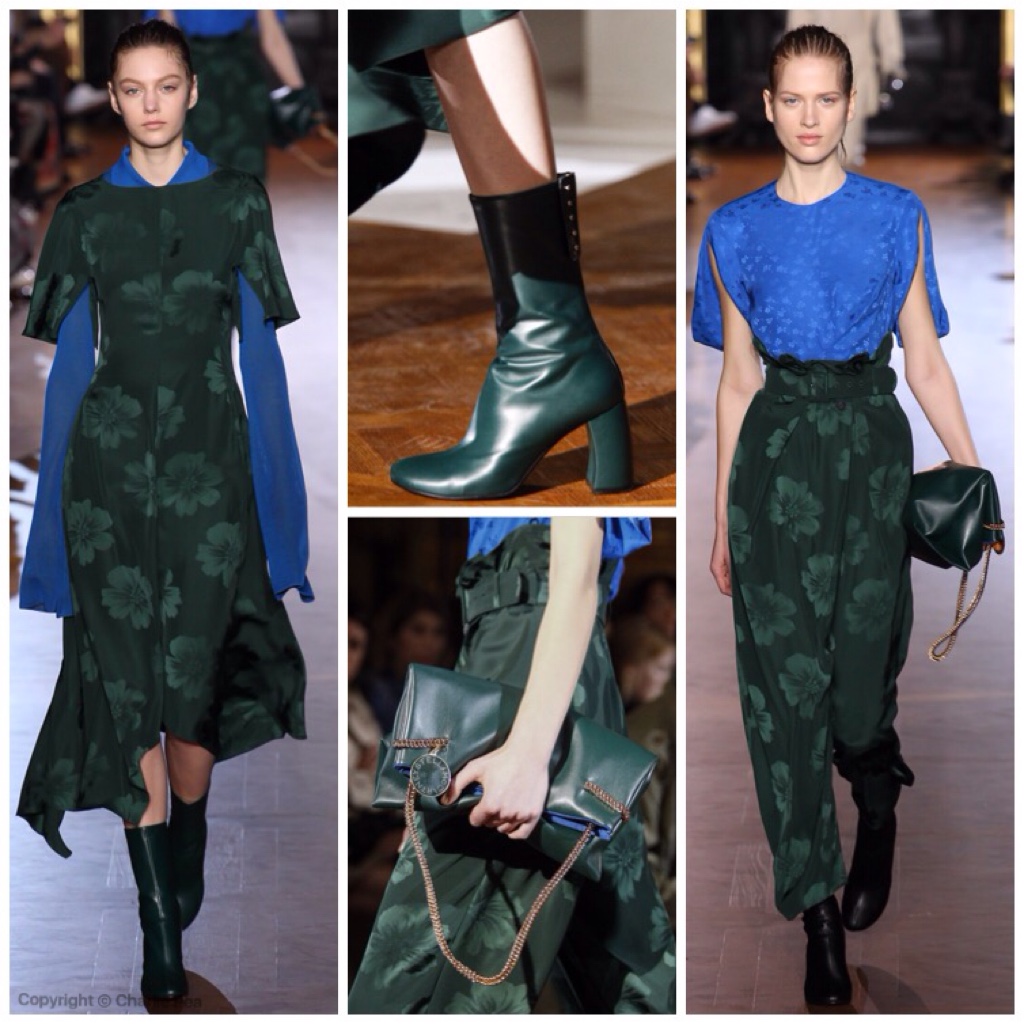 “CELEBRATING freedom” and “exploring classics” sound like they should be on opposite sides of the style spectrum. One without constraints, the other underpinned by safety and parameters. This was Stella McCartney’s opening gambit when it came to her show. And though it might have sounded like a contradiction, it was actually a rather apt take on what she does and what she did. For those that find fashion to be a foreign world, she’s a safe bet to hold your hand – she’ll have something not too scary but definitely stylish hanging up in her wardrobe of tricks.

As always, silhouettes were easy to wear, breezy for shirts and structured for when the office calls. Stella knows who she is dressing, the demands of daily life and how to marry that with the commands of fashion. 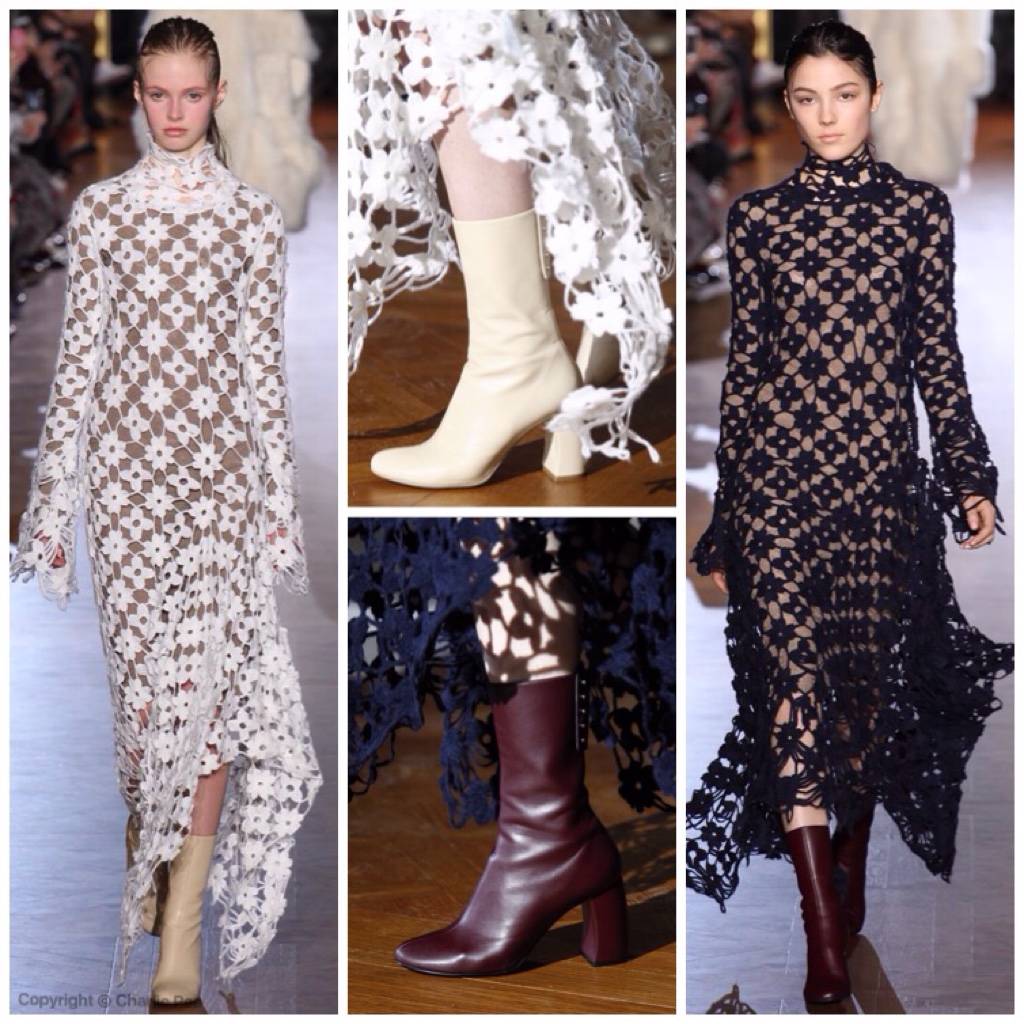 She’s a designer great at ticking boxes: the super luxe knitted sweater, here off-the-shoulder and in rich bottle green, there were huge dress versions of them too; the classic tailored trouser suit, elongated turn-ups on flared legs today; solid mannish coats, empire lines and a masculine take on a bow on this outing; and fun details to find just the right amount of personality without going too far off-piste – the sweet kick-flare pants won that prize with their undulating ruffle.

Her touch of masculine-meets-feminine came with corsets built into tailoring, tough felts given a less harsh edge with asymmetric hemlines dancing around legs. There were tea dresses dressed down with ribbed polo necks beneath and there was a dose of brocade and brushed antique gold towards the end for more off-the-shoulder asymmetric necklines via more tailoring. And in a “fur-free fur” statement, she sent out two overcoats in long long hair so that it hid the models’ beneath – they may be one step too brave for some, but there was once again a wardrobe of tricks that will satisfy her customer. There’s always s finesse and gloss to even her standard safe staples that appeals.

Footnote: Stella has managed to make her show invitations a mini institution of their own – fun and zany. This season’s was a pair of visor glasses that lit up with multi-coloured lights. 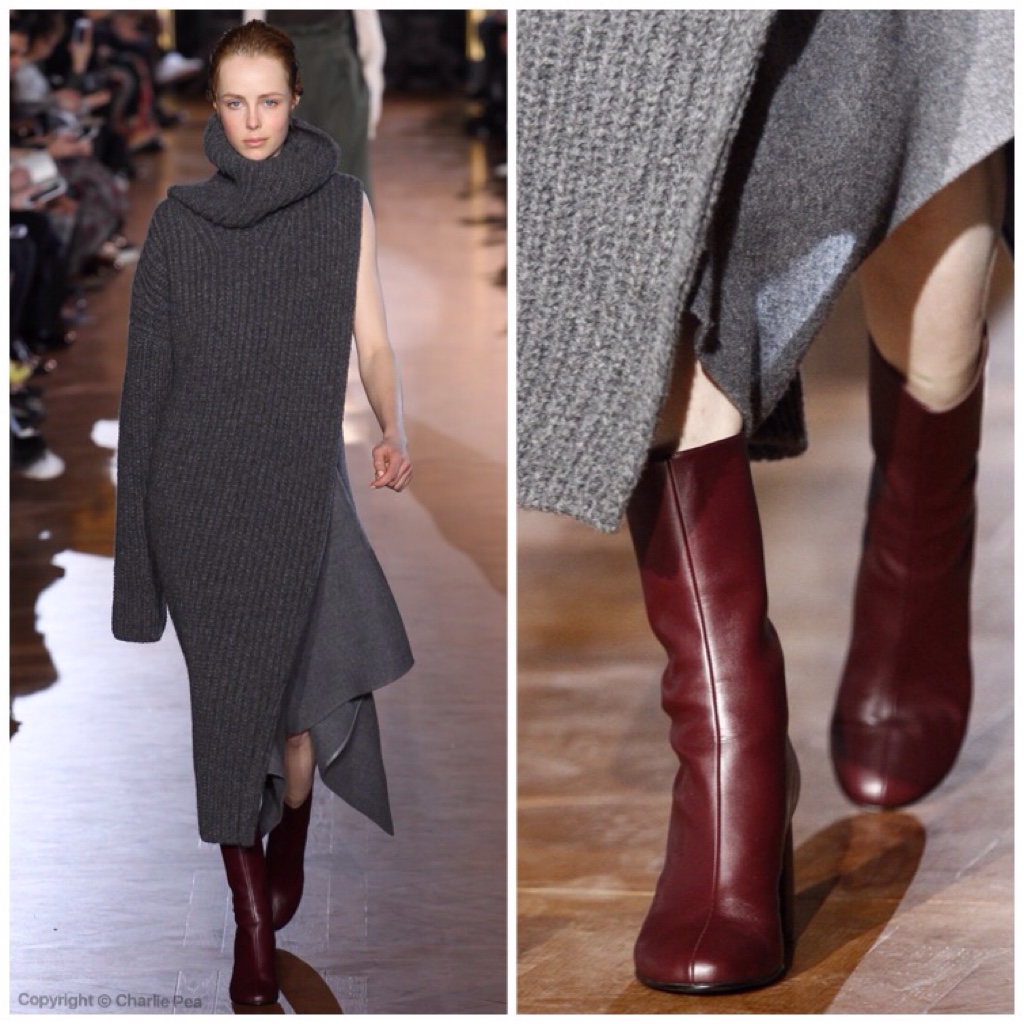