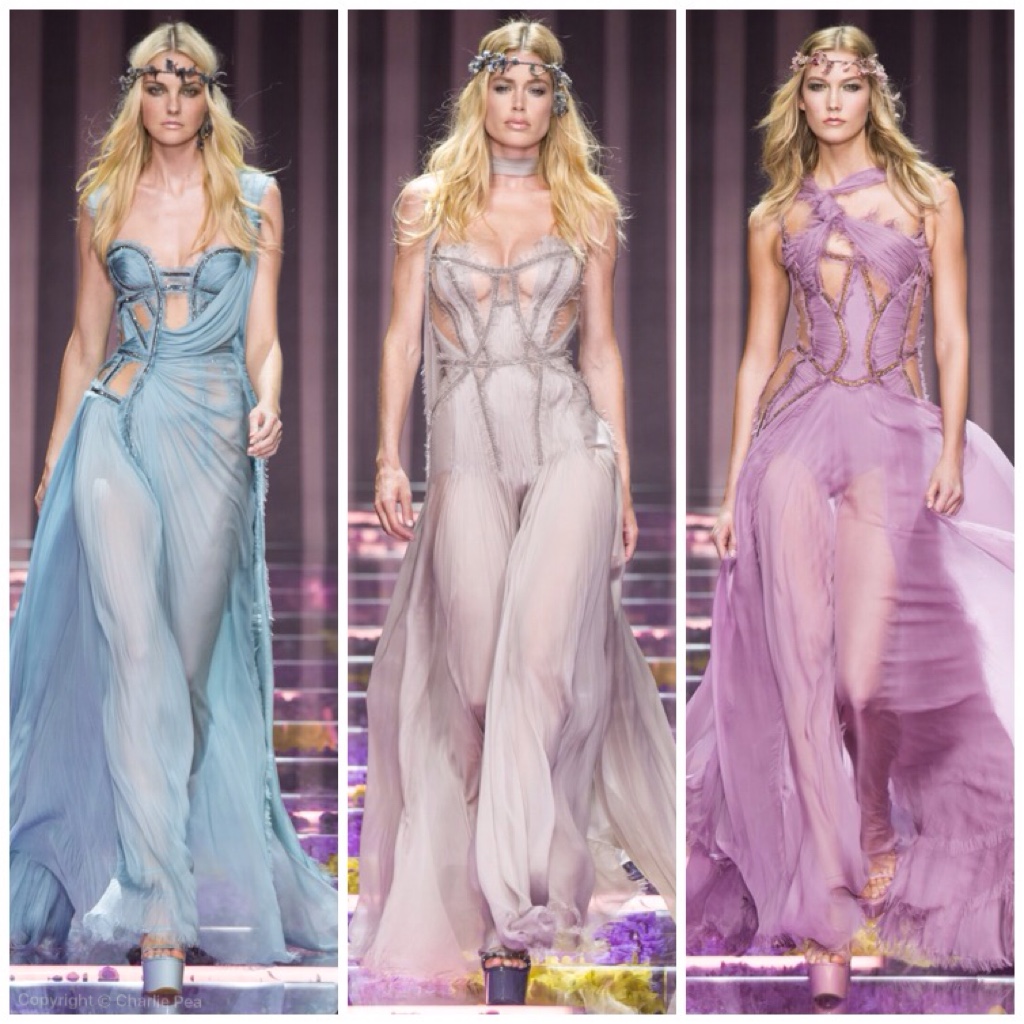 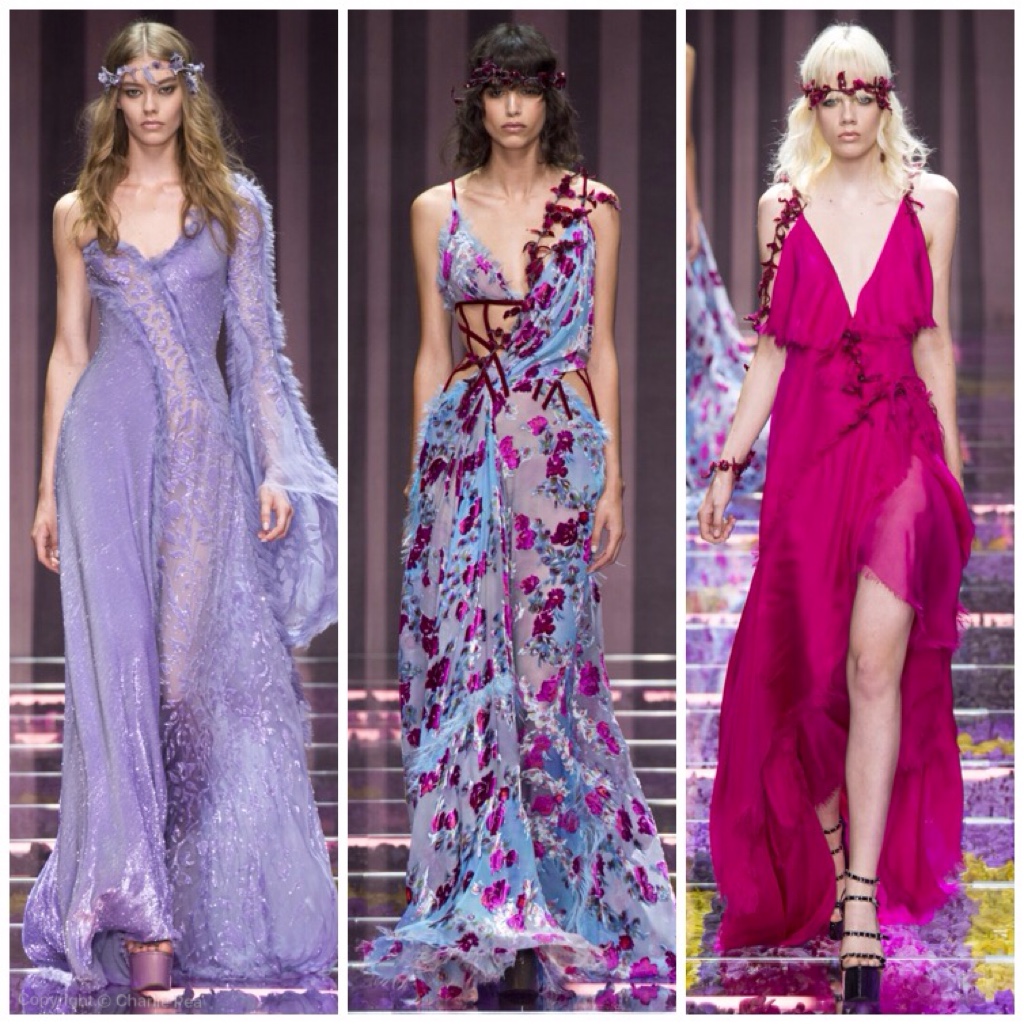 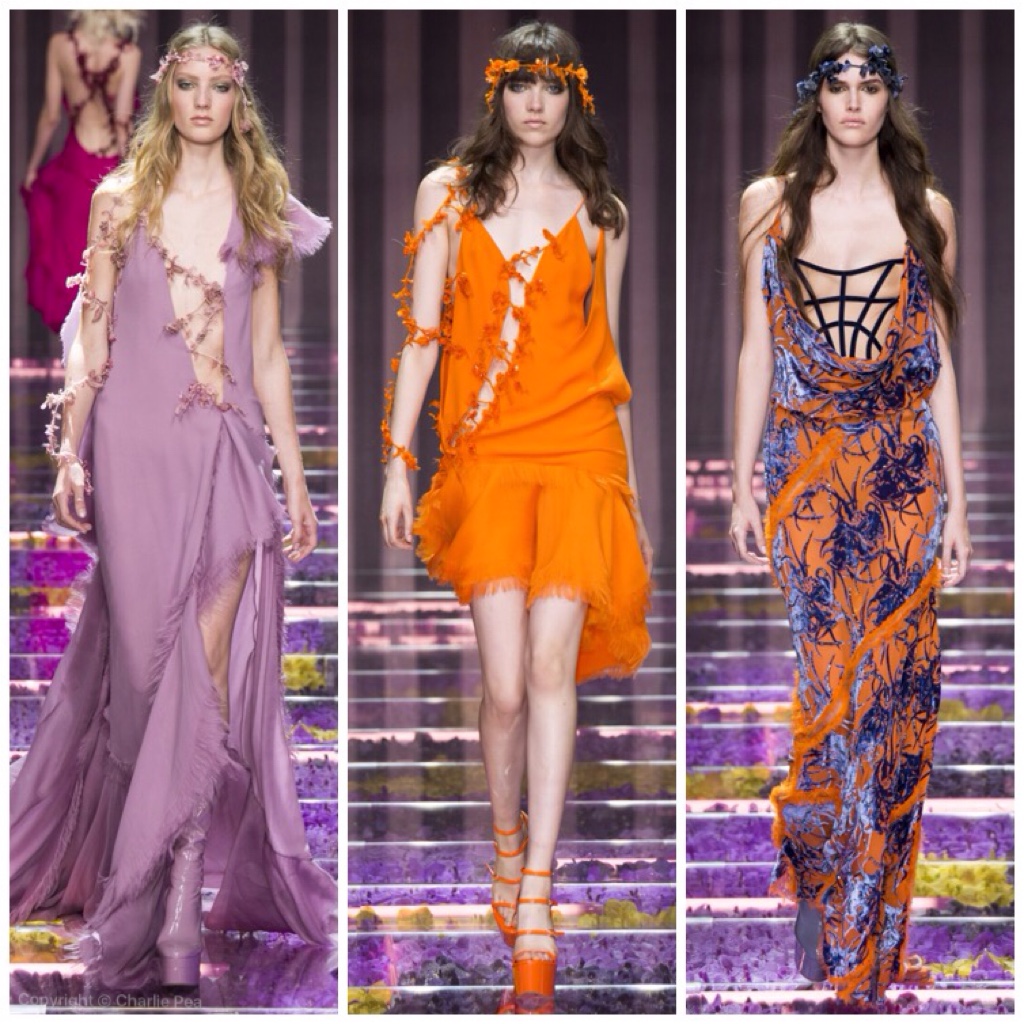 Pity the poor orchid: all 25,000 of them locked under Perspex for the Versace couture catwalk that opened the Paris Haute Couture season. Their vivid but sensual colour mirrored in the outline of a Medusa head at the entrance reflected the softer side of Donatella’s couture vision.

Welcome the Versace style maiden with her flared chiffon sleeves and fitted bodices. British Vogue‘s August cover star Lara Stone opened the show in a sexy but beautiful and fluid hippy style that continued throughout. There were Seventies Stevie Nicks tattered hems but in hand-crafted lace and devoré velvet and there came galands in the hair made of petals that looked like thorns. And all with towering patent platform heels beneath.

The show demonstrated the feminine that can be found in the colours of the house with lavenders and mints and peaches, only occasionally cut with the more familiar Versace black. And occasionally the maiden morphed into a rock chick in the shortest, tightest, body-hugging lace. But more often Versace’s famous corseting was to be found softened by the transparency and lightness that floated above or by pretty satin bands that outlined the corset’s shape.

Make-up followed suit with peach gloss on the lips and a forest green that shimmered on the eyes glittering beneath the soft loose waves of hair. But nothing was poker straight on this catwalk. Even Donatella took her bow with a new long bob. 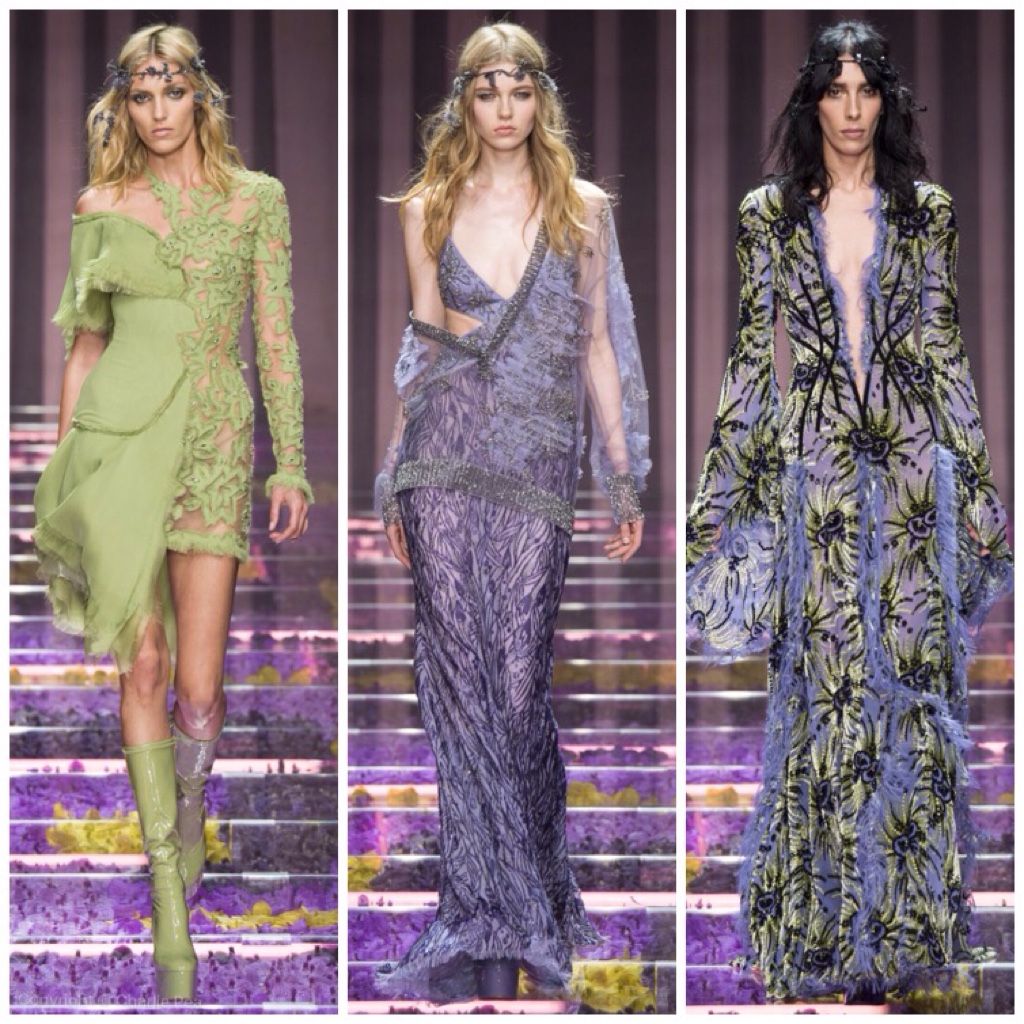 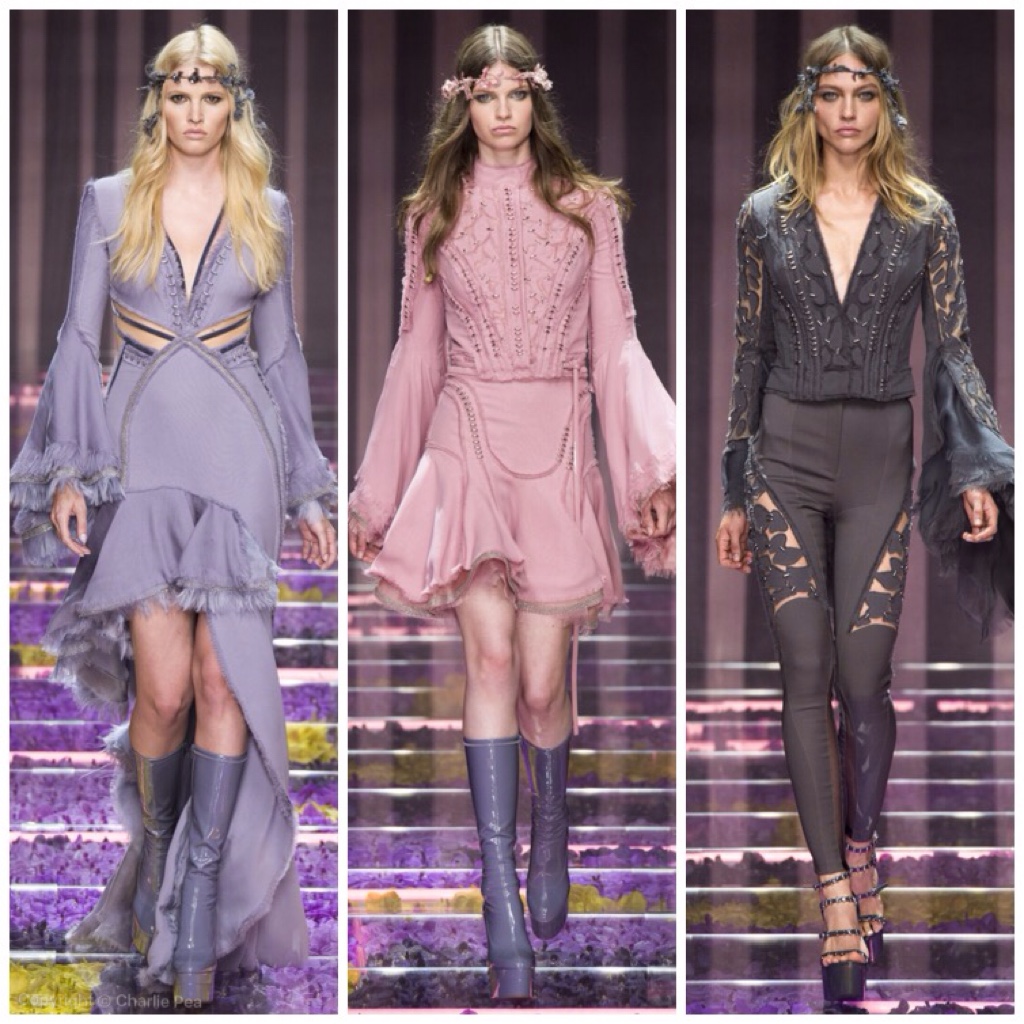