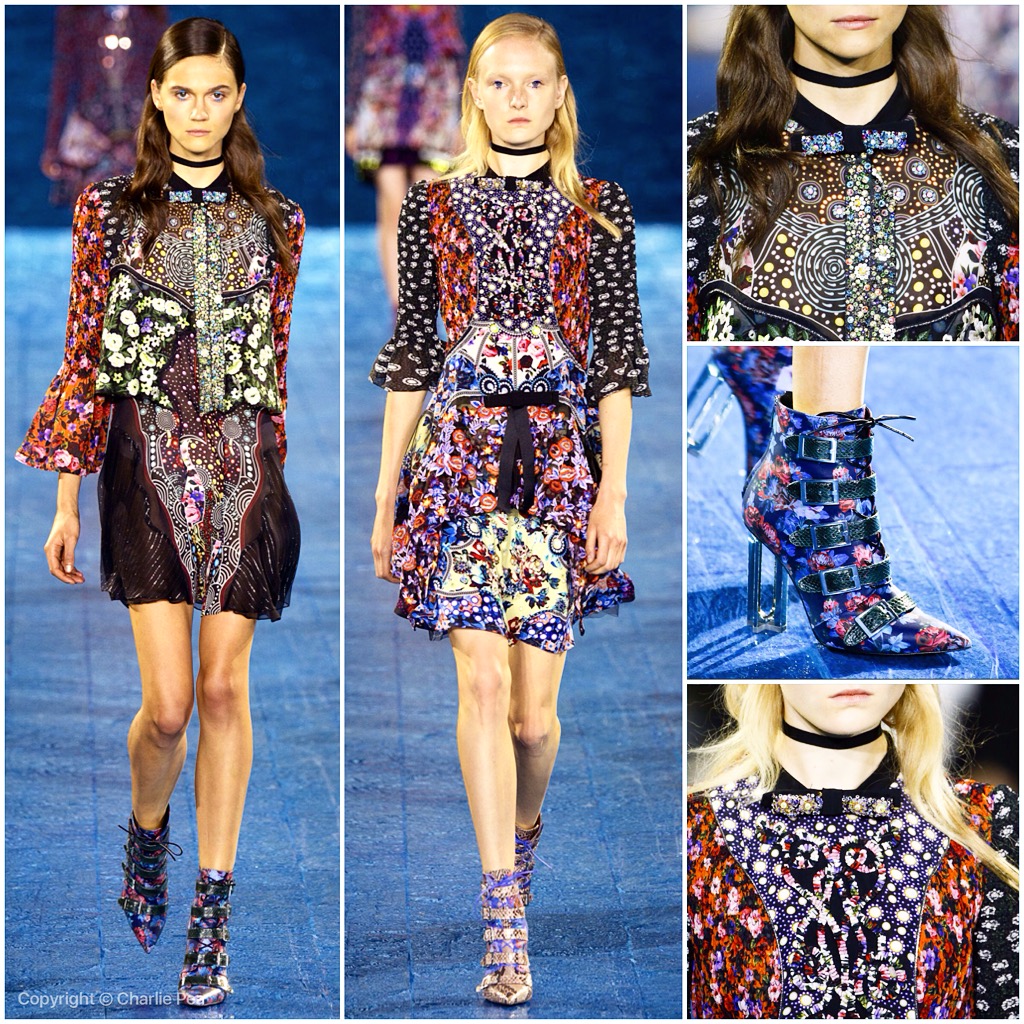 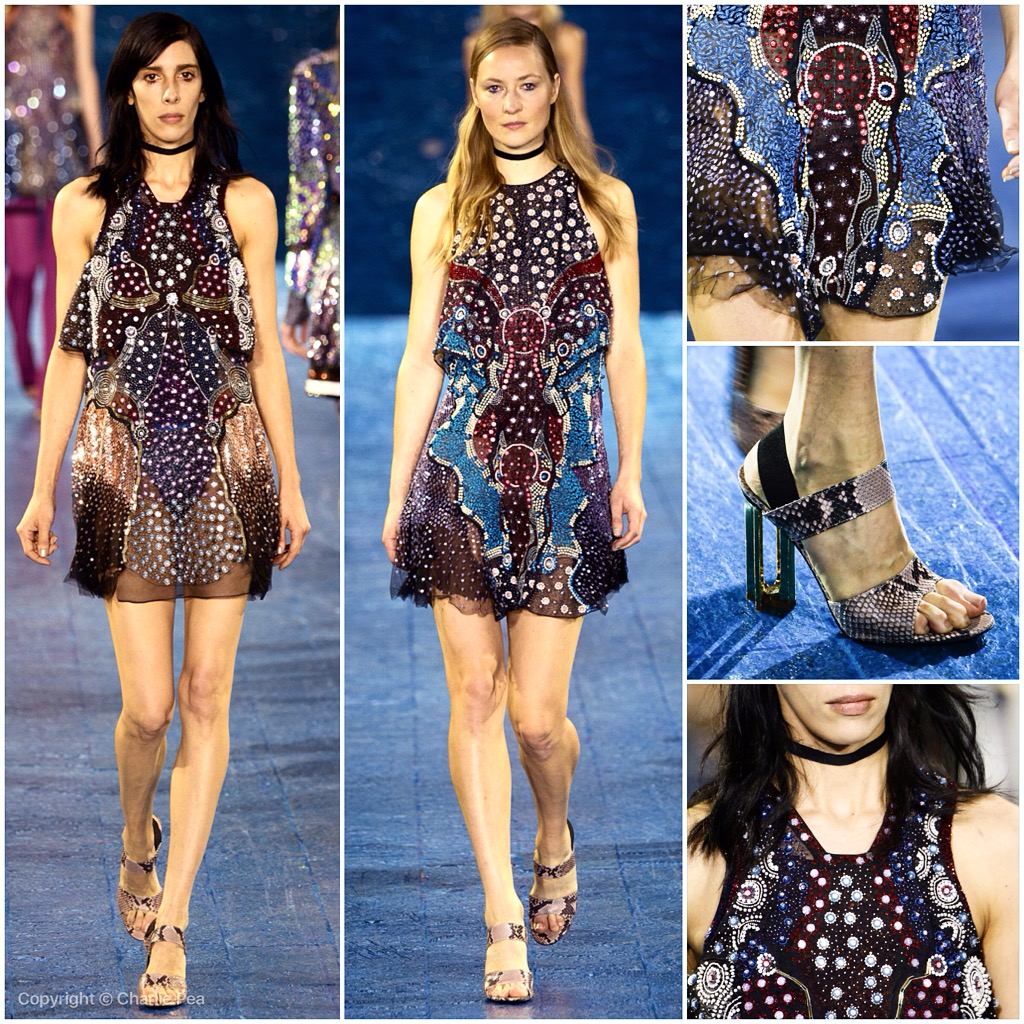 In what was surely one of Mary Katrantzou’s most directly wearable collections yet, the designer returned to cosmology and the world as a starting point – we saw elements of it two seasons ago to spectacular couture-like effect, before last season’s beef-up when it came to size, texture, proportion and play. But the designer has been drilling down into the MK DNA, what makes both her and her customer tick and finding the common ground between the two, especially of late when it comes to her pre-collections – and you could see all of this had been learnt from, instigated and translated into this collection. 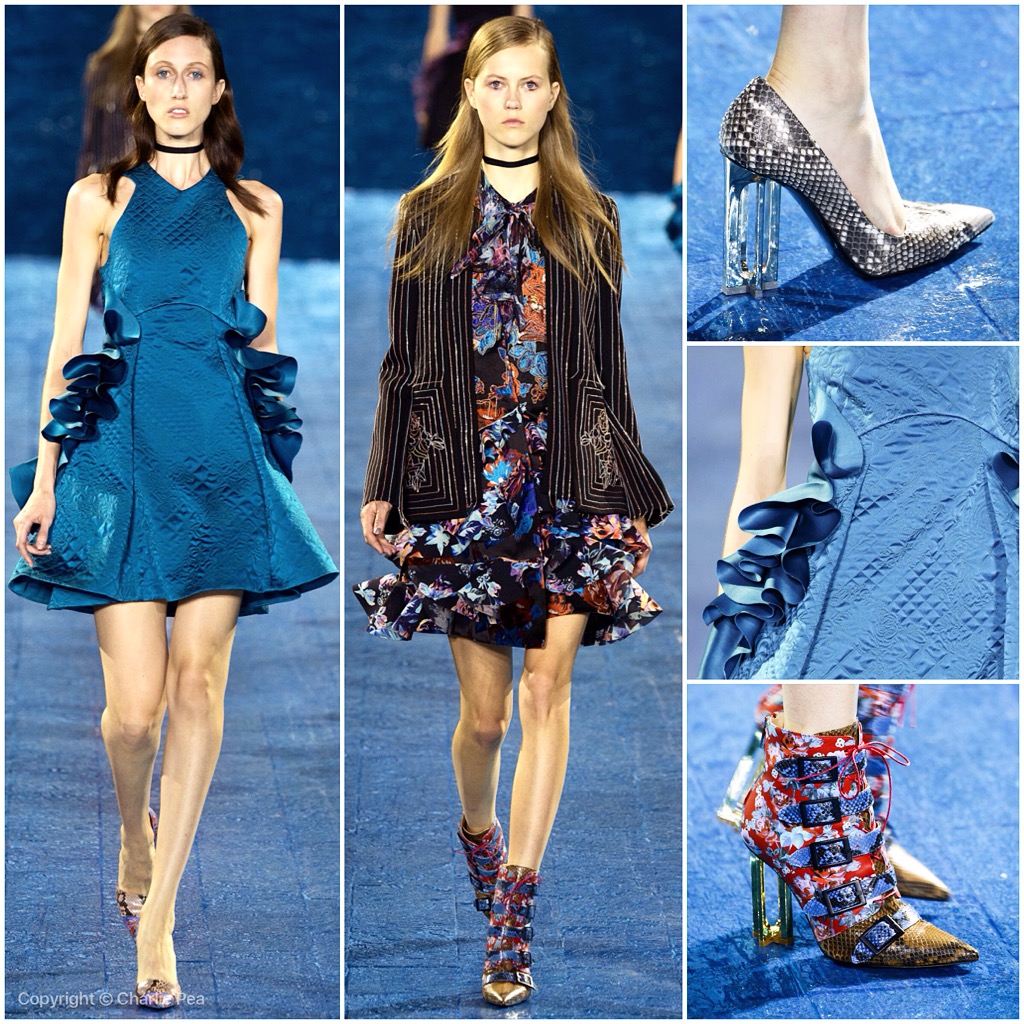 The word she kept saying backstage was “light” and “desirable” – she’s always had the product, but now she’s refining it. “I wanted it to be enchanting and beautiful,” she said. There’s no doubting it was – who can say no to a shimmering little dress, a series of which she paraded out with to begin. They were microscopic in their sparkle and tied at the back or fluted in the sleeve. They were the ultimate sort of party dress with no potential pitfalls to put any shopper off.

She followed up with jewel tones for frilled and flounced numbers whose hips bloomed rose-shaped peplums. Tailoring too made an appearance – again here the emphasis was on being sharp and light. She noted that it had been about building upon structure in the past – here she seemed to be deconstructing it to just as beneficial effect. 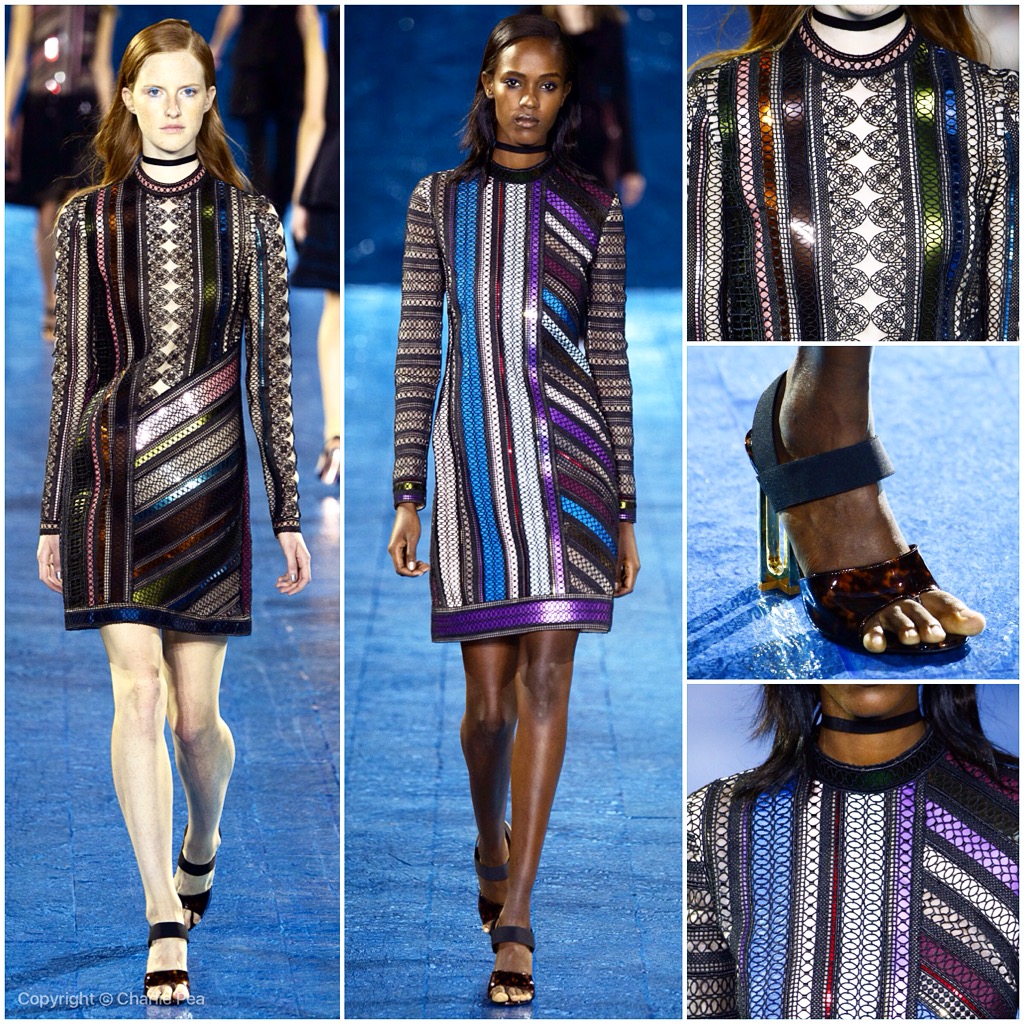