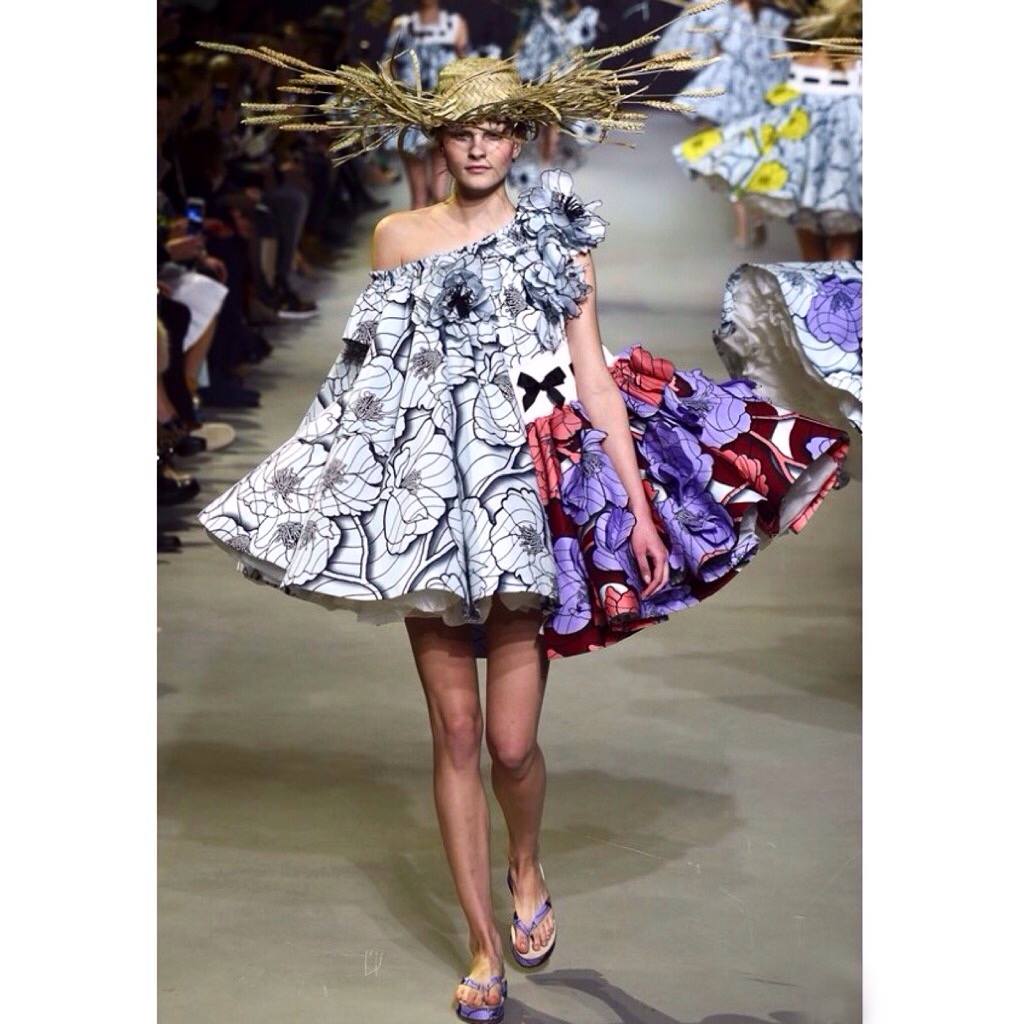 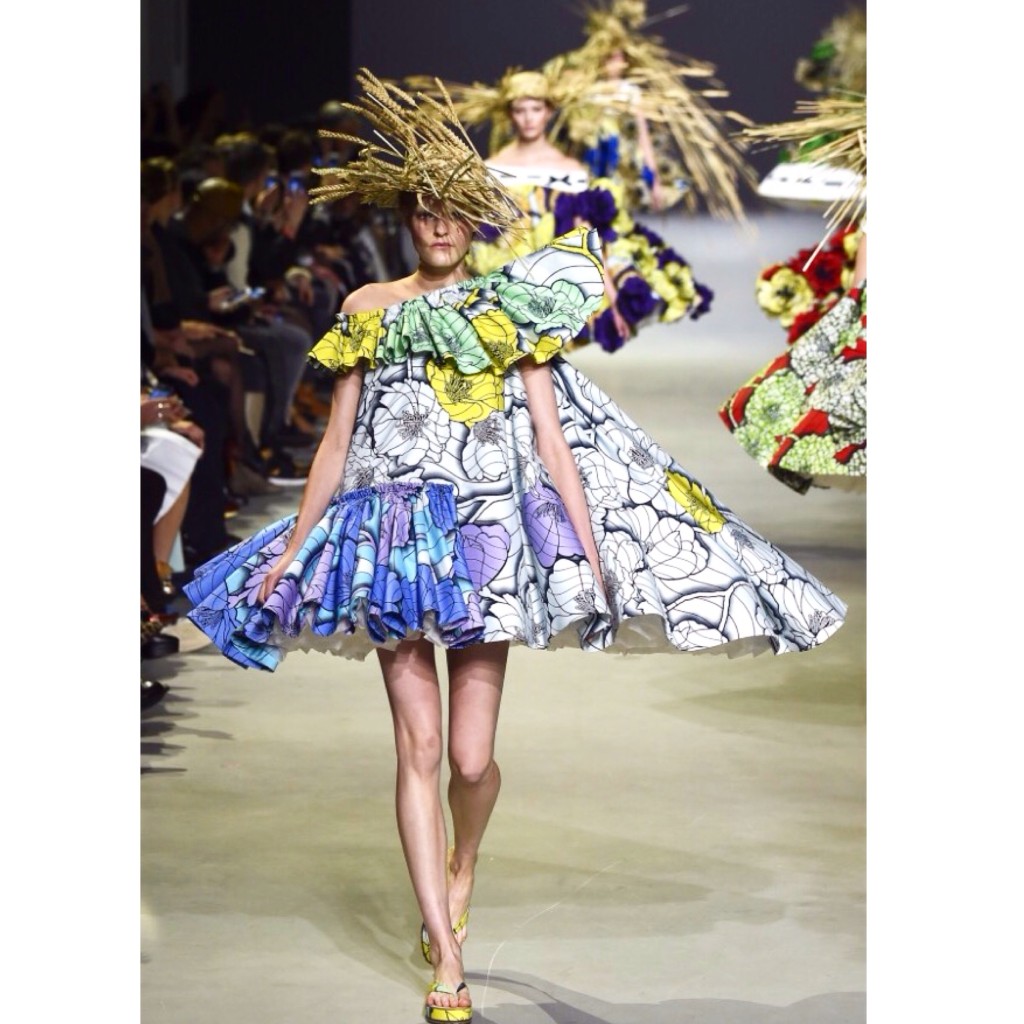 Every look in Viktor Horsting and Rolf Snoeren’s haute couture collection originated from the same three elements: a floral-print baby-doll dress with smocked detailing, a pair of flip-flops, and a straw hat. But the duo did not so much explore this country-gal typology as mutate, amplify, and explode it. So outsize was this feat—a slo-mo Flowerbomb, to borrow from their best-selling fragrance—that before the show even began, three dresses had been purchased by the art collector and patron Han Nefkens, who will donate them to Rotterdam’s Museum Boijmans Van Beuningen. To be sure, they will look better in an exhibition than on the red carpet.

The designers worked with Vlisco, a Dutch company dating back to 1846 that specializes in batik-style, wax-dyed, and block-printed textiles widely popular in West and Central Africa. The opening version of the A-line dress, propped up by an exaggerated petticoat of silk organza, appeared like a coloring book—unfilled and outlined in inky blue. With this baseline established, each subsequent surrealist creation materialized into a hallucination of dimension and color: Flower cutouts with knotted stamens lifted from the fabric in voluminous clusters, while other flowers drifted off the dresses entirely, extending upward until they were supported by the headgear. Even the indigo outlines turned 3-D, dangling off the hems as embroidery. All the while, straw sheaves stretched the width of the runway thanks to carbon fiber reinforcements, forcing the models to sidestep past one another in a dance-like acknowledgment of this madcap moment.

But rather than whimsy—Chanel’s greenhouse of mechanical flowers and futuristic incrustations ticked that box yesterday—the designers steered the mood toward madness, scoring their somber parade with a remix of that haunting “la la la la” from Rosemary’s Baby. They mentioned being struck by the “raw energy” of van Gogh’s landscapes, citing his quote: “I put my heart and my soul into my work and have lost my mind in the process.” Ah, yes, the struggle of any creative person well aware that memorable output does not result from apathy. But as the collection implied, one does not go from zero to unhinged in a heartbeat: It was the degrees in between that gave this undertaking such depth. 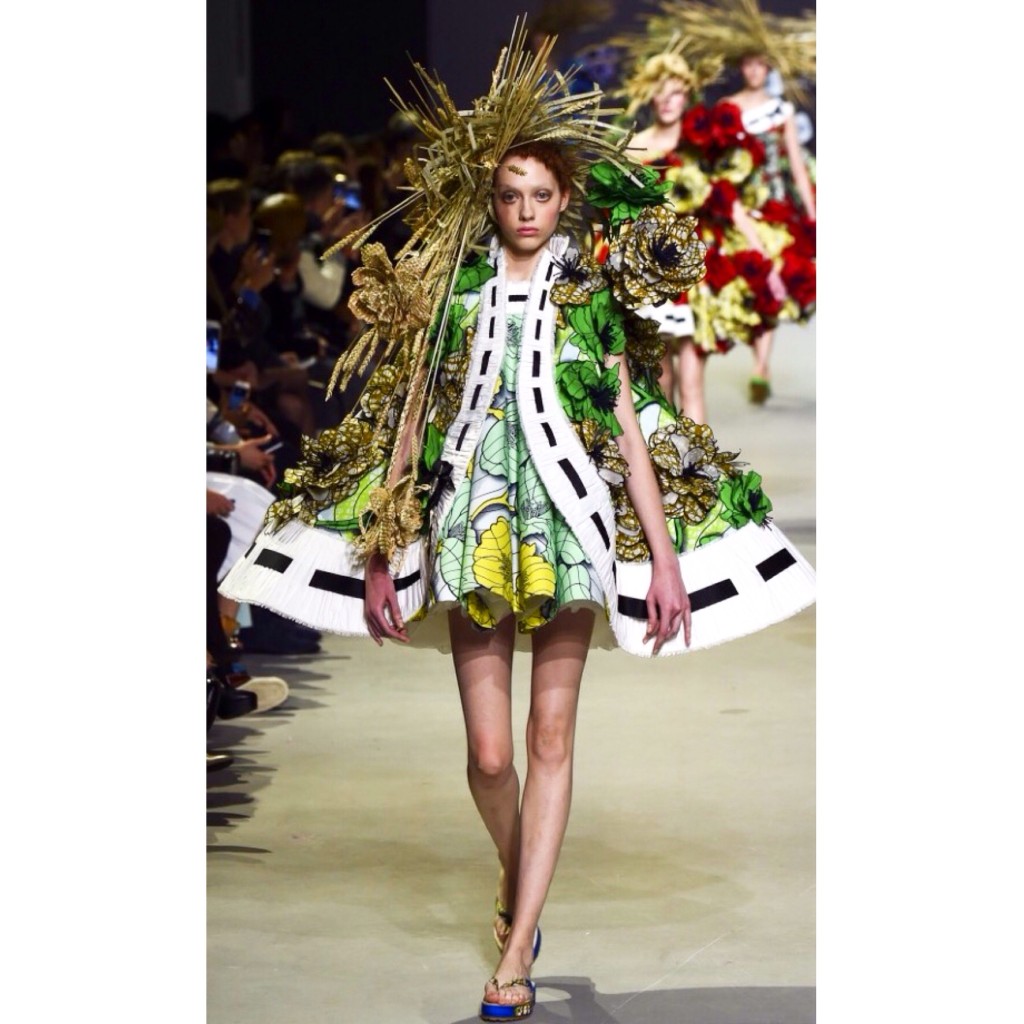 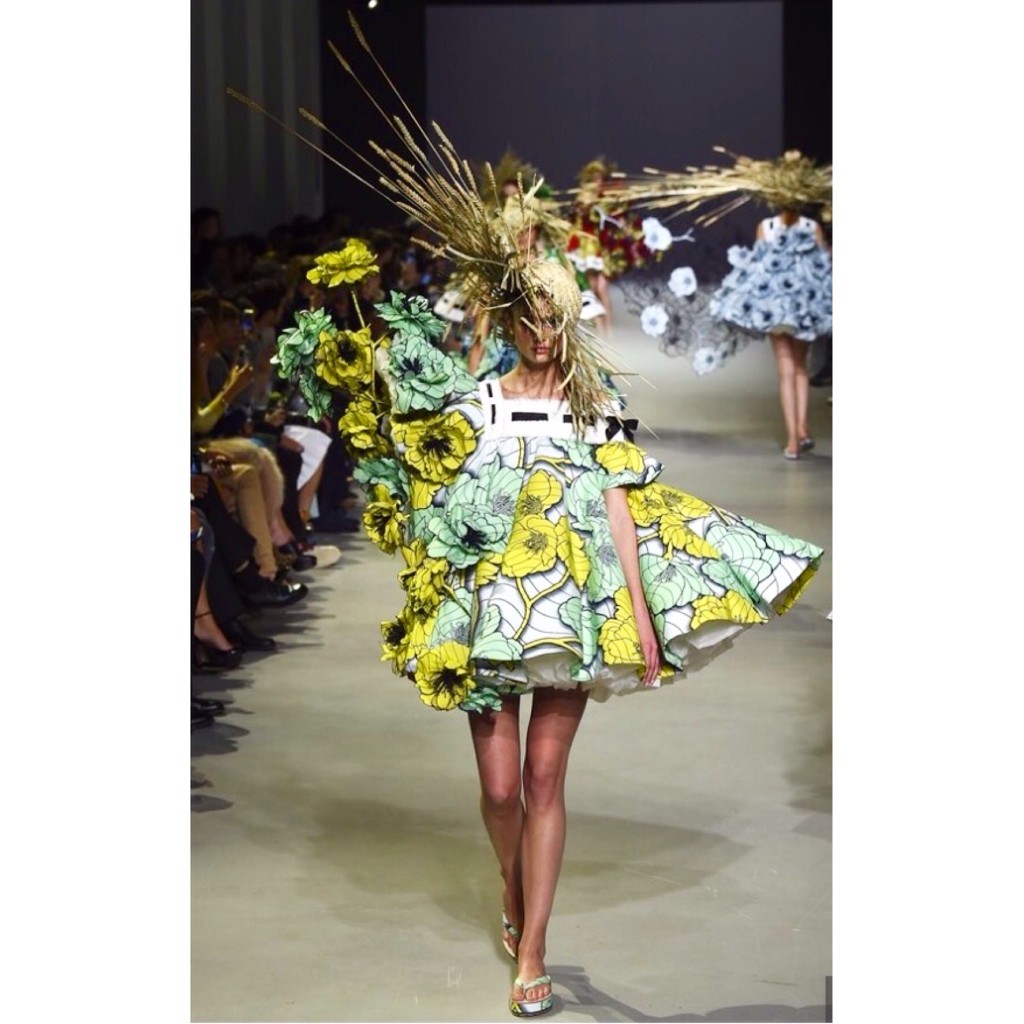