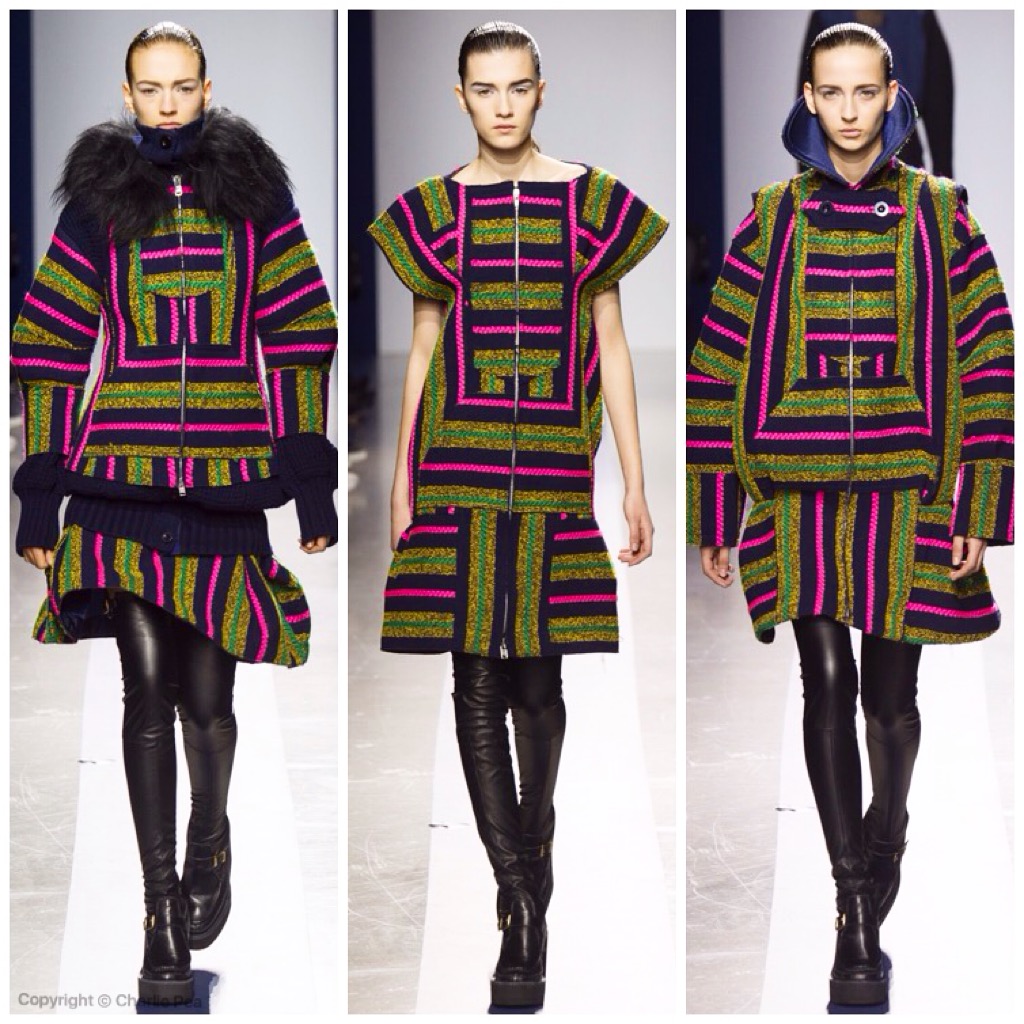 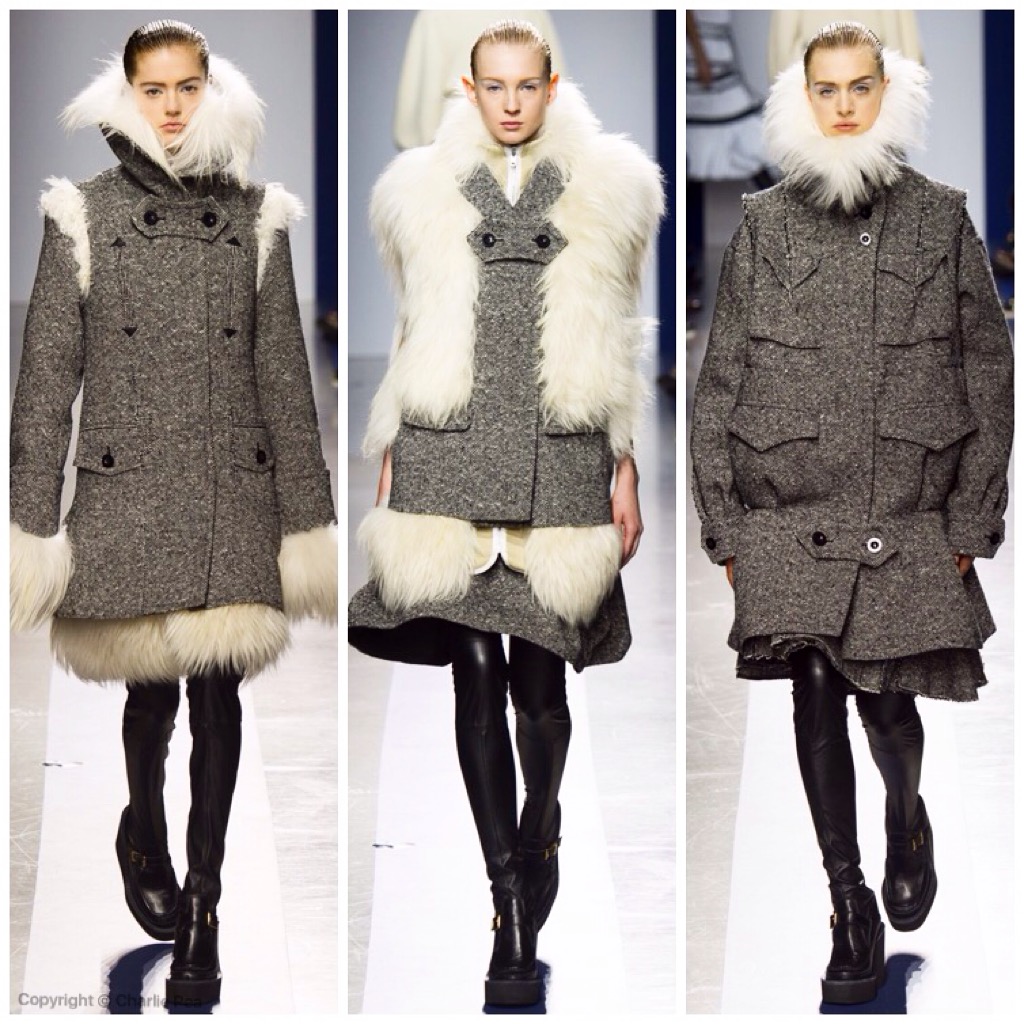 How do couture-like silhouettes manifest into something essentially urban and city-ready? Ask Sacai’s Chitose Abe who this season looked to haute couture – volume, panniers and Fortuny pleats included – to stir her no-holds-barred imagination.

This collection proved that there is no end to her ambition; it takes gumption to reimagine those exaggerated volumes and ideas and rework them in heavy – often masculine – fabrics, all the while executing something elegant. An M65 parka was puffed up at the back, pannier hips and tulle padding shaped sweaters and skirts, while herringbone tweeds were elasticised to form womanly hourglass silhouettes. It was about something precious and rarefied applied to the familiar and everyday.

Her series of sweater dresses – if you can call them that, the workday term seems almost insulting – were exceptional. They comprised chunky Aran knits which were peeled away at the shoulder line to reveal crisp white shirting underneath, while flippy skirts kicked out in panels of knit and cotton.
As complicated as that all sounds, the cleverest – and most crucial – fact about these hybrids is that they’re very often the simplest of pieces to wear. Take the show-goers for example, so many of whom were touting the hits of previous seasons, from the leather-perfecto biker jackets to military and guipure lace coats, khaki bombers, floral maxi dresses, even, a sighting of a broderie anglaise full skirt.

There’s something about these designs that tug at the heartstrings. 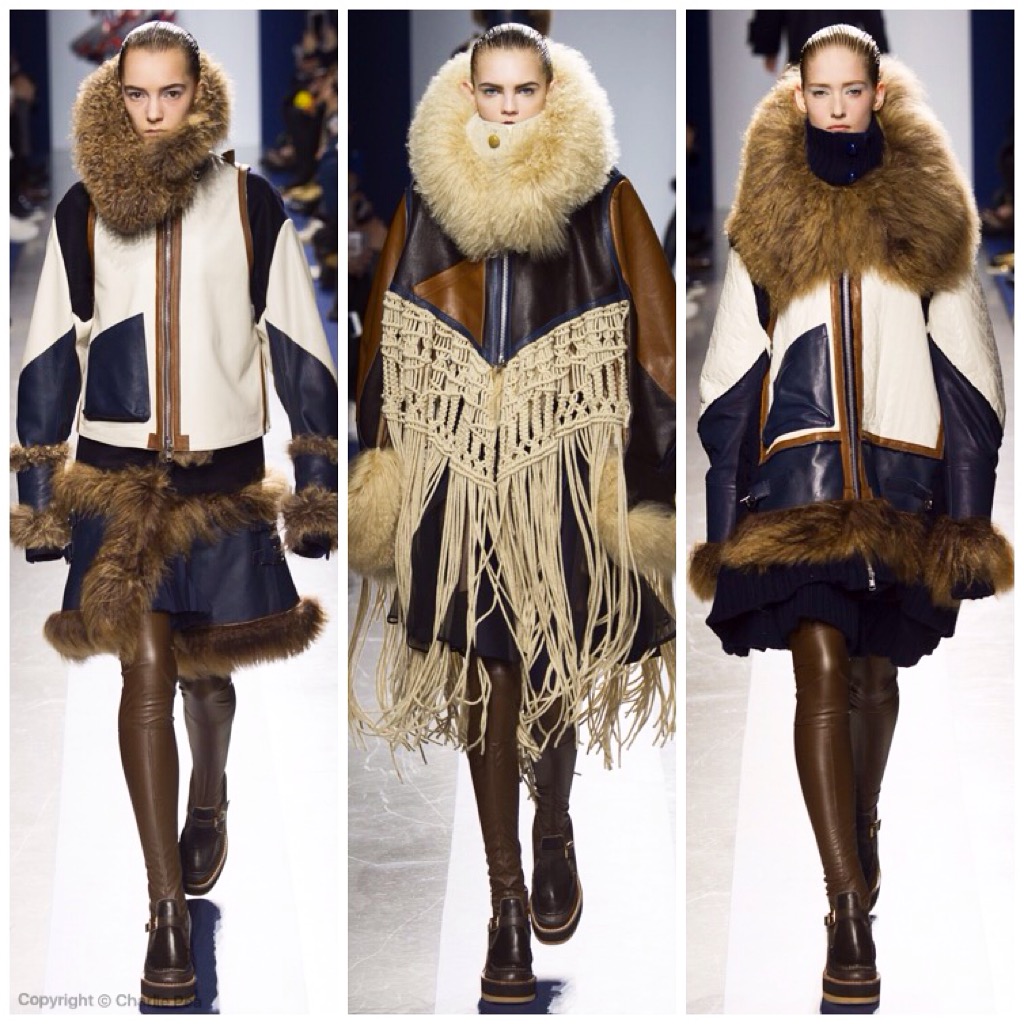 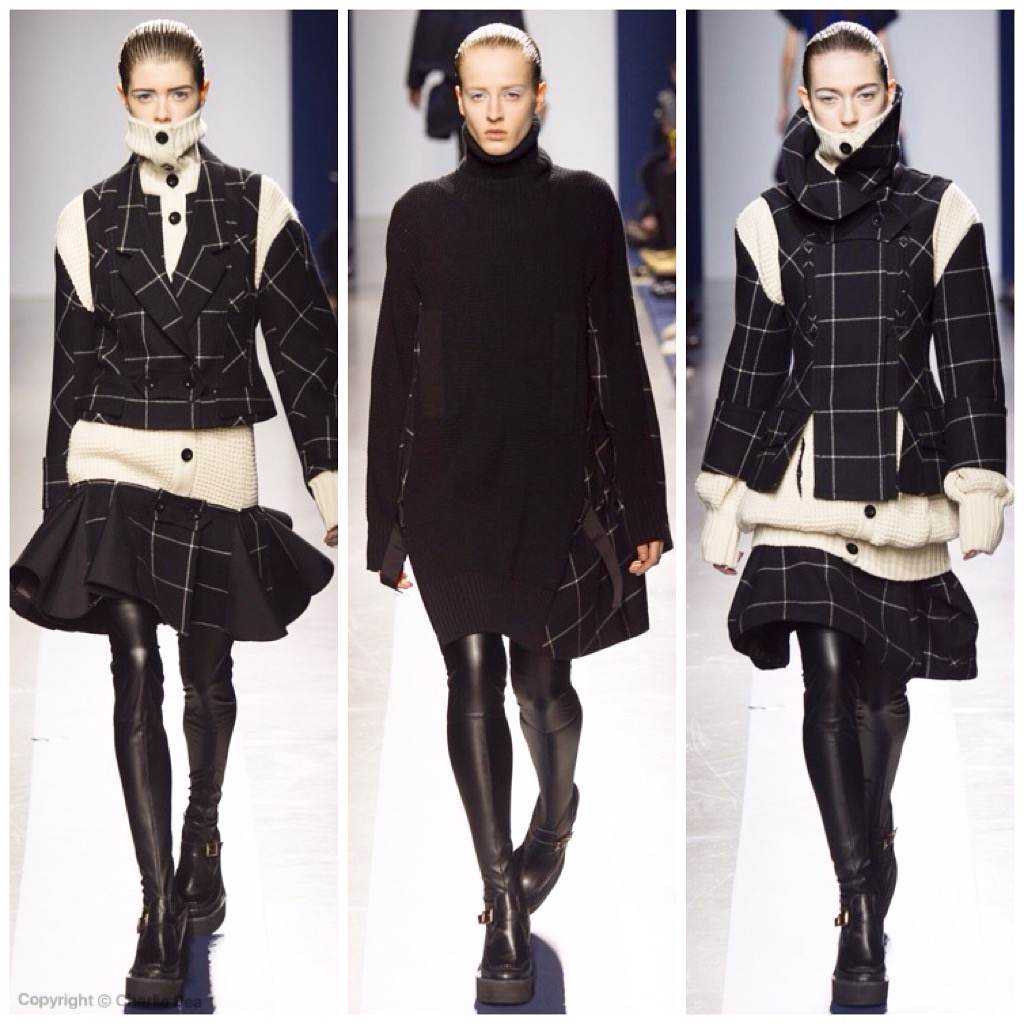 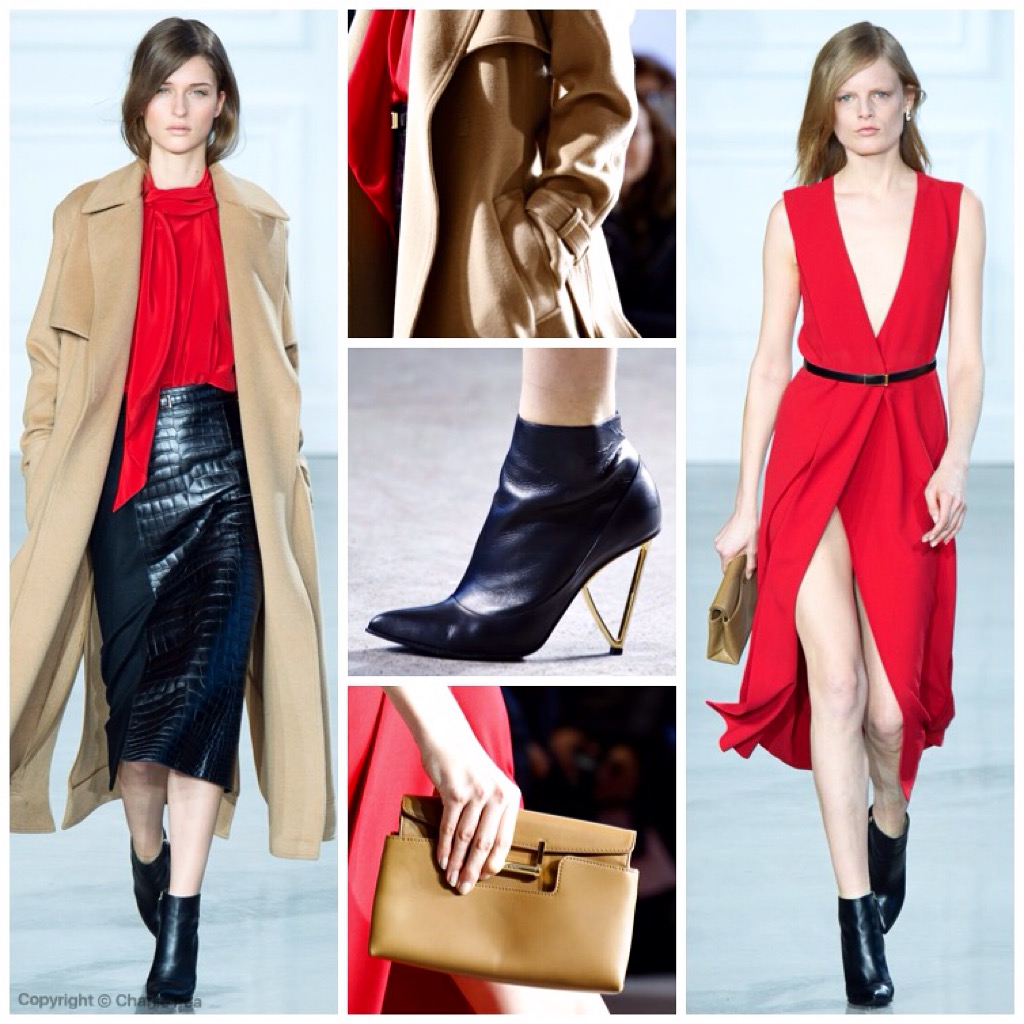 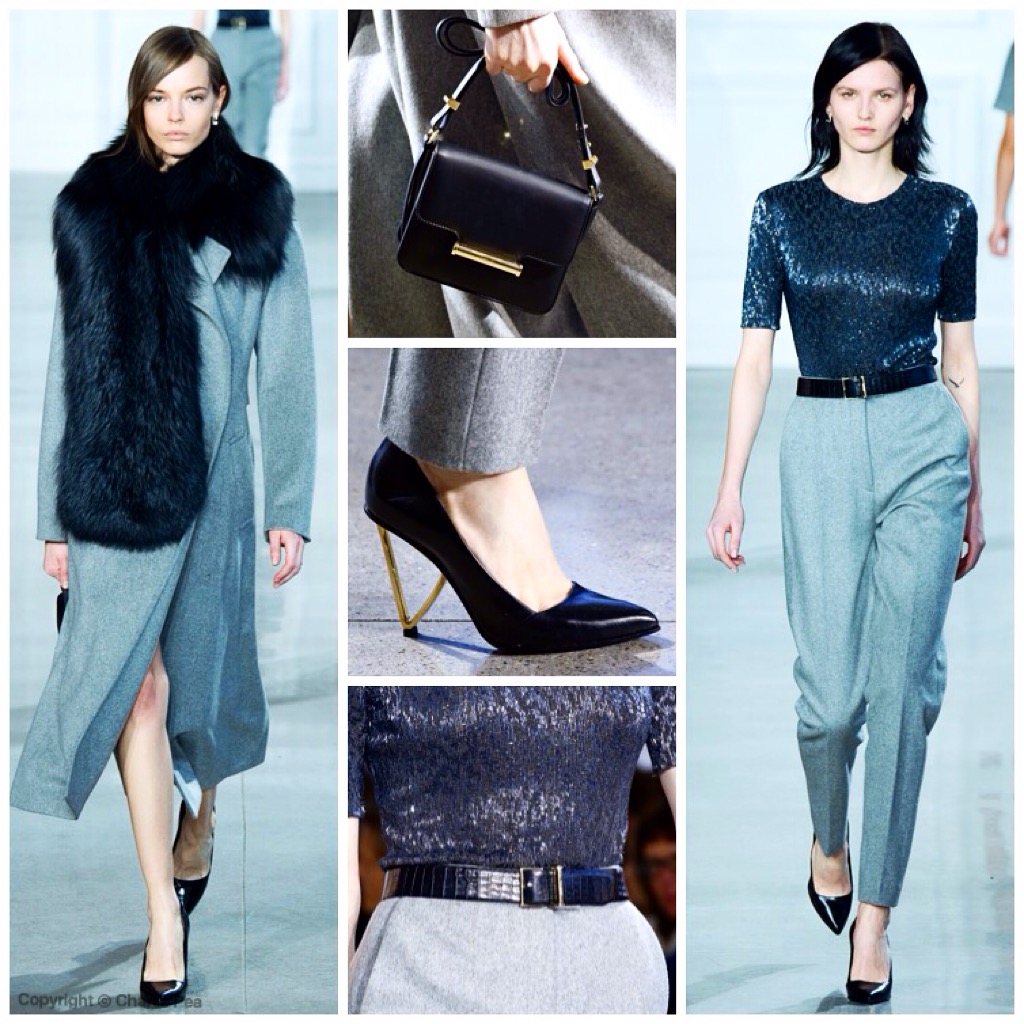