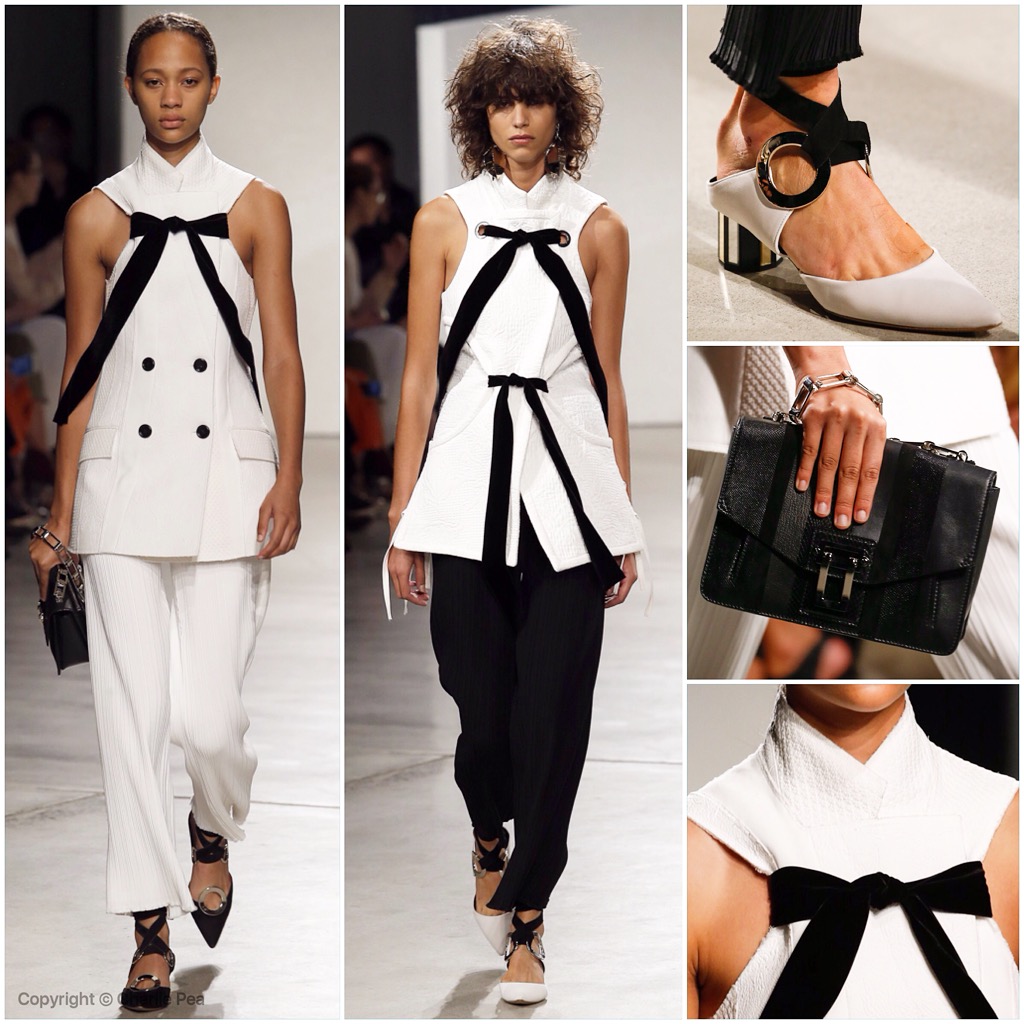 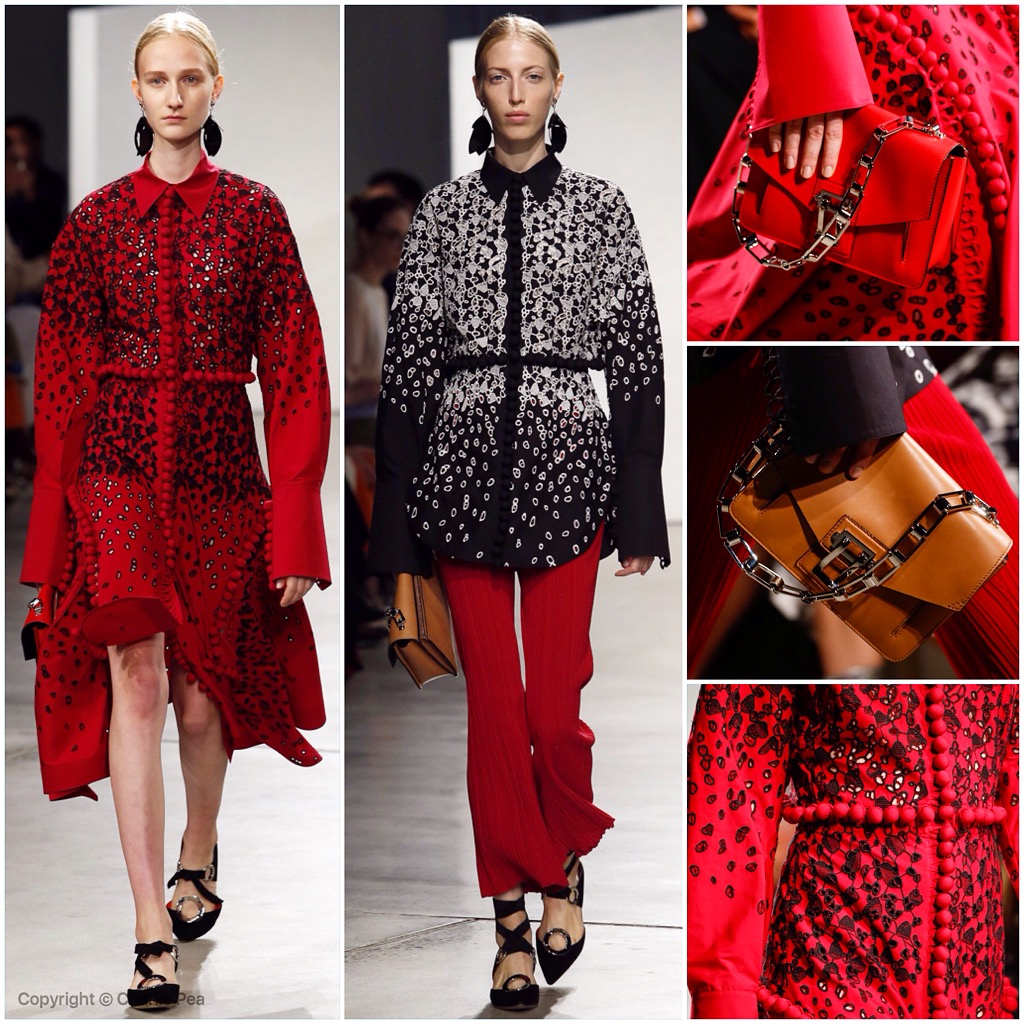 Jack McCollough and Lazaro Hernandez remain in pole position as New York fashion’s golden boys.  In a city where often the strength of a collection is in its wearable desirability, Proenza Schouler are relied upon to provide a dash of excitement, the fizz of the new.

And they did not let their fans down this season. Seated on white foam benches in disjointed curves the audience were treated to a fast-paced show of imaginative deconstruction. The majority of the looks came in black or white or a mixture of both accessorised by dangling metal leaf earrings and octagonal pillar heeled shoes.

Working primarily in stiff cotton jacquard and softer crepe viscose the longer length waistcoats and dresses were often cut away dramatically at the shoulder and sometimes the waist. This was balanced by higher necklines and loose pants to prevent any suggestion of the skin on display being overtly sexy.

Anyone looking for a plain jacket, skirt it simple coat will have looked in vain but it is Proenza’s strength that although these show pieces appeared relatively unwearable they also worked as a convincing whole. At the end a collection of beautiful feather-linked dresses appeared along with woven skirts laced with heavy beads adding an exoticism to the cleverness. 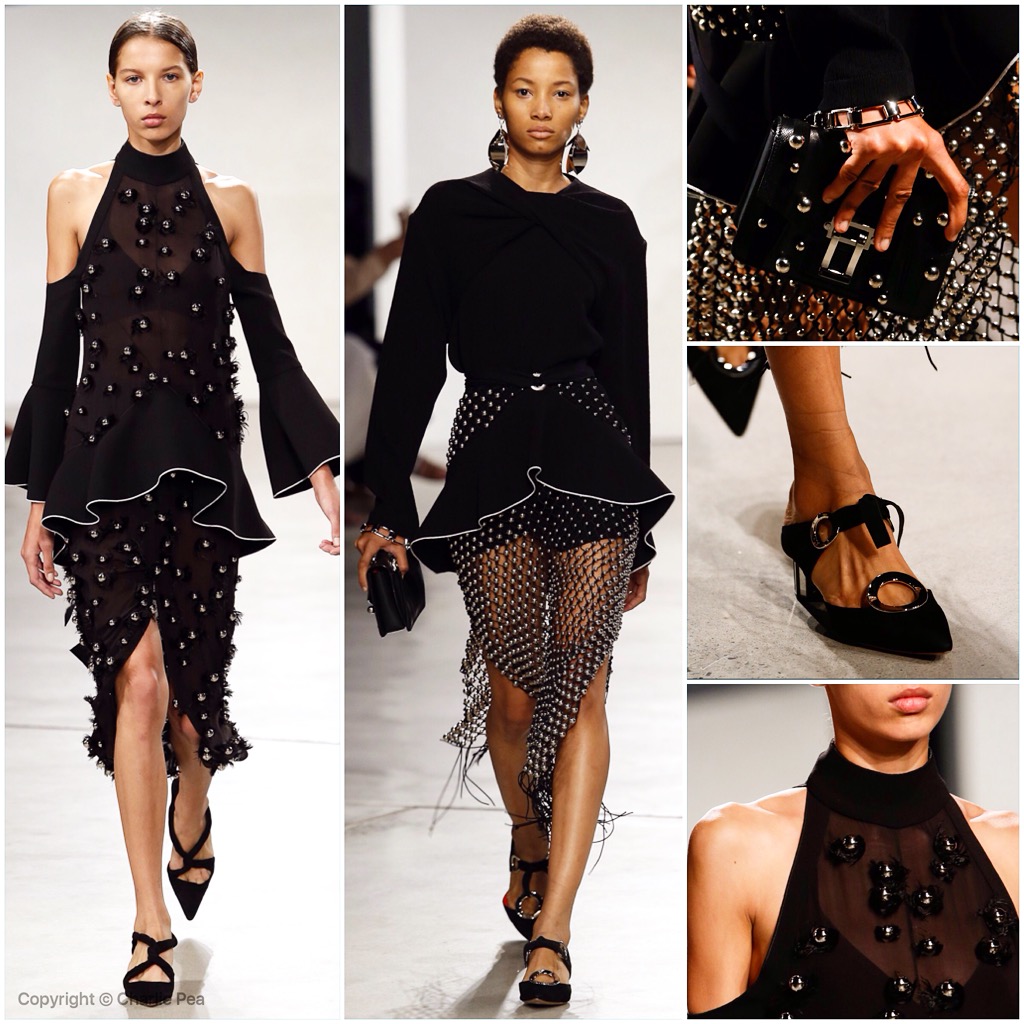 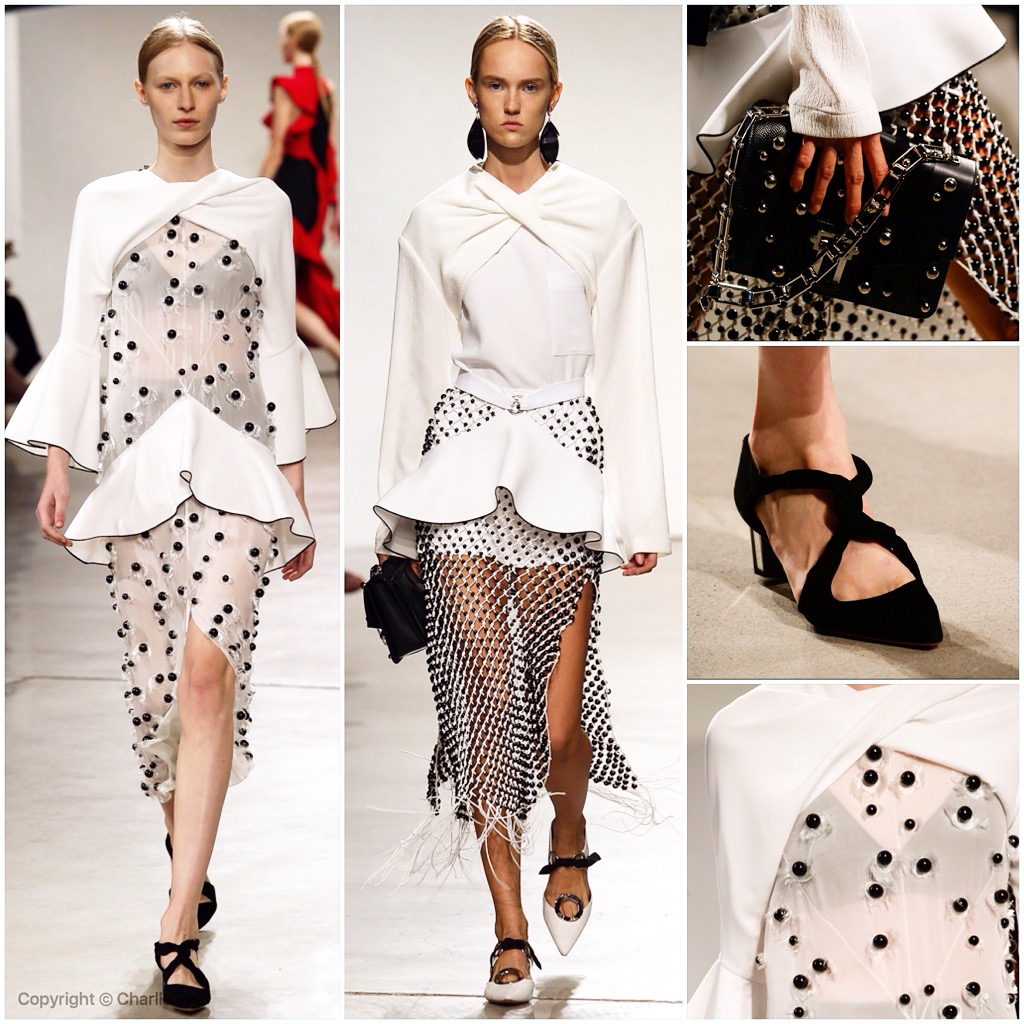 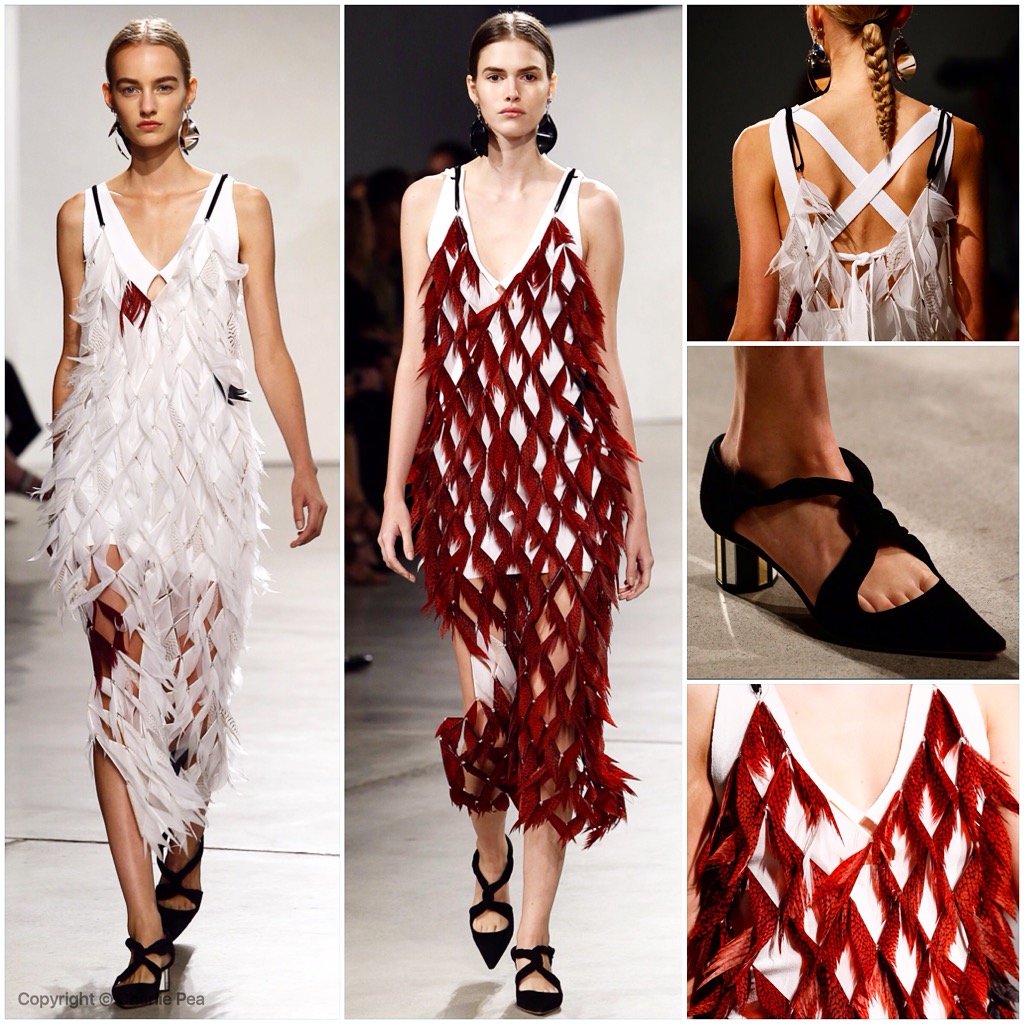