Some of the new arrivals are listed below: 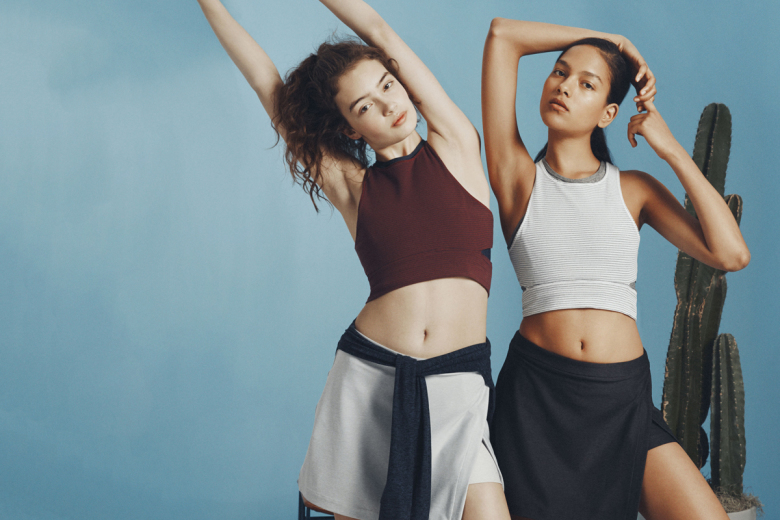 The Story: Founded in 2013 by Parsons School of Design graduate Tyler Haney, Outdoor Voices has fashion industry support — A.P.C.’s Jean Touitouis one of the brand’s strategic investors — as well as venture funding, thanks to its direct-to-consumer strategy. Haney says the company’s focus is on recreational sport, not competition. (Brand signatures include colour-blocking and heathered fabric in minimalist shapes and fashion shades.) “I very much felt there was an opportunity to free fitness from performance, taking every day activity and finding the beauty in it,” Haney said. “We wanted to create product that functions in the same way as that of Nike and Lululemon, but more aesthetically aligned with what I wear day to day, like Acne and A.P.C.” This helps to explain why Haney felt someone like Touitou was important to bring on not only as an investor, but as an advisor. “I wanted to have partners in the mix who have operated businesses in the fashion world.”

The Story: Founded in 2013 by ex-ballet dancers and Harvard classmates Katie Warner Johnson and Caroline Gogolak, e-commerce site Carbon 38 features high-fashion, high-end activewear modelled on fitness instructors. (Warner Johnson was one of the first instructors at the popular barre studio Physique 57.) “We realised that there was all of this white space in the market that Lululemon created, and an opportunity to grab some of that market share,” Gogolak said. “There is a lot of room to take a bite out of that.” In 2015, Carbon 38 introduced an in-house label, meant to fill the gap between the activewear it sells on the site — from brands including Lucas Hugh and Alo Yoga — and ready-to-wear. The collection currently makes up just 5 percent of the retailer’s overall sales. “It’s a way to speak to this growing trend of activewear as everyday wear,” Warner Johnson said. “But it’s going to [remain] a small part of the overall story.” The range features basic leggings, but also blazers and coats made from technical fabrics. 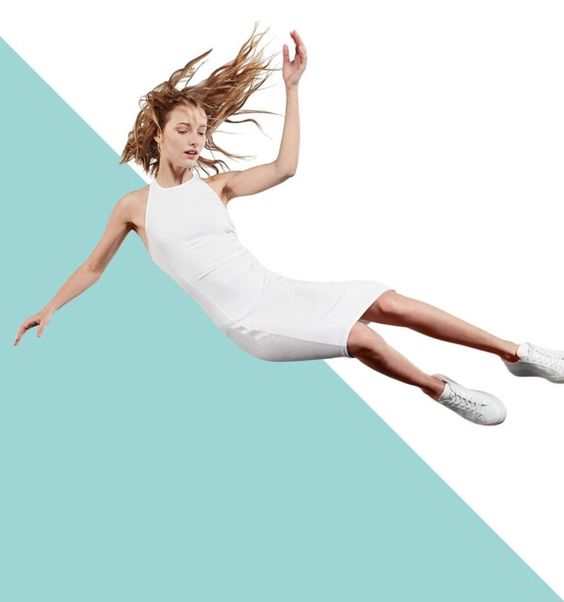 The Story: Founded in 2014 by JJ and Shannon Wilson, with support from father/husband/Lululemon-founder Chip Wilson, the Vancouver, Canada-based company aims to outfit its customers in everyday clothes that perform like athletic apparel. “We saw this as an untapped opportunity to take everything we’ve learned from athletic clothing and then apply it to streetwear,” Shannon Wilson said. “Most people are living what we call these full-contact lives. They’re up and out of the house at 6am and they’re going until 10pm at night, and they really require one set of clothing to take them through that.” Best-selling products include brushed French terry cloth t-shirts and “technical” cashmere, which is preshrunk and machine washable.

While the product’s end use may be different than Lululemon’s, there is certainly customer overlap. About 70 percent of Kit and Ace’s customers are female. “I’m pretty impressed that we have 30 percent men,” said Chip Wilson, whose previous company catered predominantly to women but is now gaining ground in the men’s market. “I think it says a lot about where the market is for this.” 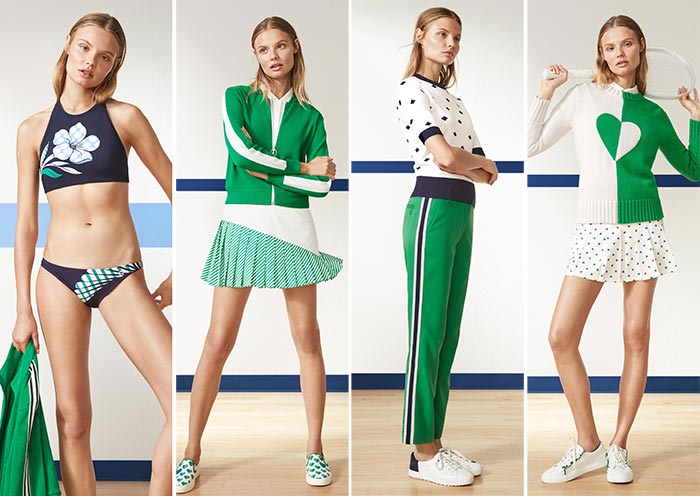 Founded by Tory Burch in 2015 as a complementary line to her main collection, “We see Tory Sport as a peer to Tory Burch,” the designer told BoF. “We want it to stand on its own because it’s a true performance brand.” The line covers several sport categories often ignored (or at least undervalued) by traditional athleticwear brands, including tennis, golf, and studio. “Activewear is something I have wanted to do for almost six years and we have been working on it for three,” Burch said. “I’m always interested in the idea of designing things that are impossibly hard to find.” Pieces from the first two collections — including accessories and items from the day-wear-focused “Coming and Going” category — have garnered waitlists. 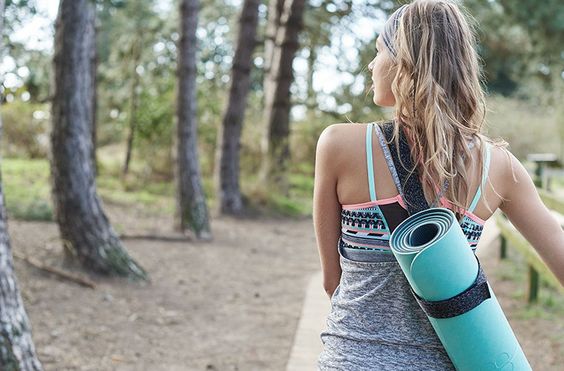 The Story: Founded in Notting Hill in 1998 by husband and wife duo Tamara and Simon Hill-Norton, Sweaty Betty was originally a multi-brand boutique featuring labels sourced predominantly from Scandinavia and Italy. In 2007, the company pivoted its business model to produce its own label, competing more directly with Lululemon. It now operates more than 40 stores in the United Kingdom, with annual sales upward of $46 million. “We realised that reselling other people’s sportswear brands in a premium location wasn’t going to work. The margin on sportswear is so low, because everyone was doing the high-turnover stores on the high street,” Tamara Hill Norton said in 2014. “We needed to change direction and do our own label. Also, we were beginning to gain awareness and really wanted to push our brand.” 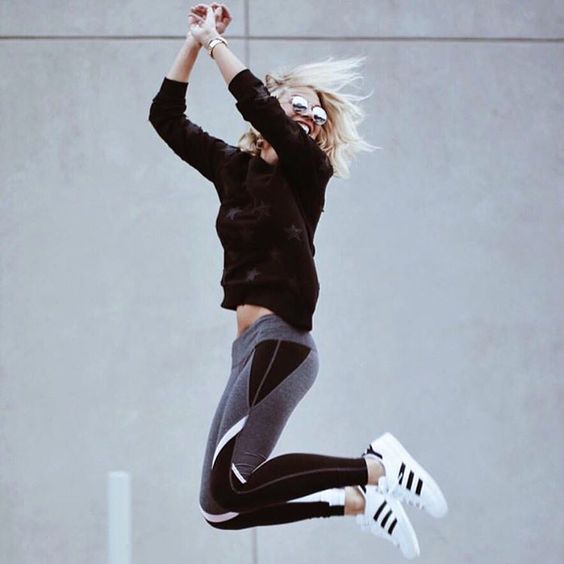 The Story: Former music executive Jennifer Bandier partnered with her husband, Neil Boyarsky, and Barney’s Co-op founder Jayne Harkness to introduce a multi-brand retailer that carries everything from Mary Katrantzou’s Adidas collection to Monrow and Spiritual Gangster. The company’s Flatiron store, which opened in 2014, features a 3,000-square-foot fitness studio that offers more than 25 classes each week taught by superstar instructors. Like many high-end boutiques, Bandier has negotiated exclusives with the brands it sells, offering styles or colours unique to the retailer. What it hasn’t done is focus its entire efforts on e-commerce, which currently makes up just a quarter of the company’s sales. “We went the other way,” Boyarsky said, referring to the e-commerce-first trend in apparel businesses. The retailer averages 2.4 units per transaction and $1,400 per square foot. (The average cost of an item is about $80.) Sales are up 40 percent year over year. 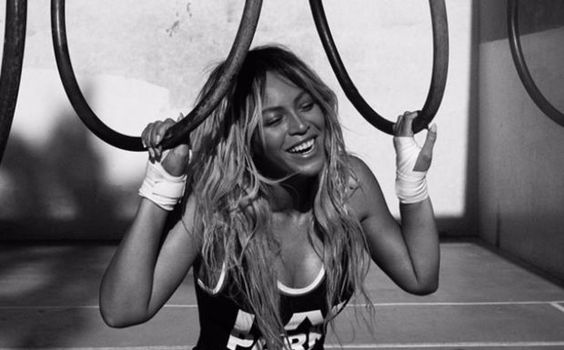 The Story: Beyoncé and Topshop’s Sir Philip Green are equal business partners in this new activewear brand, which will be available in mid-April at 12 retailers across the globe, including Topshop, Nordstrom, and Selfridges. The 200-piece collection, priced between $30 and $200, will not be sold through its own website. “Sir Philip has created some amazing collaborations but I wanted a partnership and a standalone brand,” the entertainer-turned-mogul said in a statement. 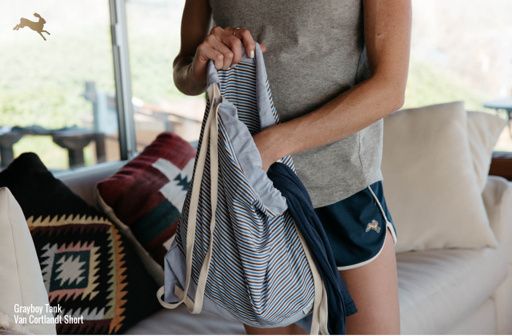 The Story: Founded in 2014 by chief executive Matt Taylor and Luke Scheybeler, the latter of whom also co-founded cycling brand Rapha, the Boston-based Tracksmith is a running-first brand. “The great thing about running specifically is that almost everyone owns a pair of running shoes and shorts, and people will do lots of different activities in those clothes,” Taylor said. “Right now, we are perceived as an apparel brand. But the vision for Tracksmith is a lot grander and much more wrapped around a complete lifestyle. It’s for anyone who is passionate about running.”

Tracksmith has raised $5.7 million in funding with partners including the Pentland Group, a collection of apparel brands with a foothold in the outdoor/performance arena. The brand originally launched with men’s apparel only, introducing women’s nine months later. Currently, the male-female customer ratio is 70 percent to 30 percent, although Taylor predicts that to level off at an even split as more women learn about the product, which aesthetically nods to the collegiate track-star gear of the 1970s and 1980s. While the company will not disclose revenue numbers — and says that previous reports have been inaccurate — Taylor will confirm that sales have doubled year-over-year. 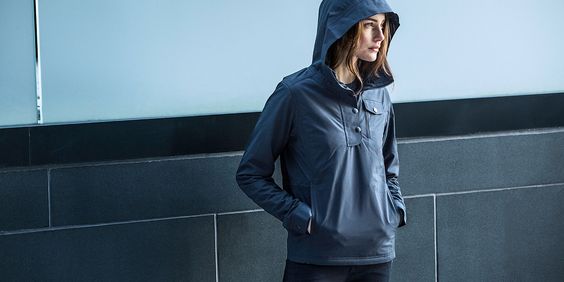 The Story: “When we started Aether in 2009, there were barely a handful of brands doing technically sound outerwear for the urban dweller,” company co-founder Jonah Smith said. “We looked around and if it was technical, it looked like you should be out in the field or on a mountain, and if it was good looking, it probably wasn’t particularly warm or weatherproof.” Smith and co-founder Palmer West set out to do just that, creating a range of gear that is meant to perform in all types of weather and conditions, from water-repellent wind breakers to stretch-ponte leggings. Self-financed, the company operates four standalone stores — Los Angeles, New York, San Francisco and Aspen, Colorado — alongside e-commerce and has experienced annual growth of an average 40 percent year-over-year for the past four years. “About two years ago, we shut down our entire wholesale business, which was about 150 stores in seven countries, and instead chose to focus on our own stores and a primarily direct-to-consumer model,” Smith said. “We are just now starting to reap the rewards of that significant change.”

Courtesy of Business of Fashion.