There are few British traditions more decadent than afternoon tea. While brunch combines breakfast and lunch into one big banquet, afternoon tea exists in addition to and between lunch and dinner, when no one should really be hungry anyway. Effectively, it’s a crafty way to make snacking on naughty little treats outside of proper meal times look and feel sophisticated.

For those who just though afternoon tea involved ridiculously small sandwiches filled with cucumber and nothing else then think again..

Here are a few of my London favourites:

1. Start with a classic: Afternoon tea at The Dorchester

There’s a lot to be said for creating a winning formula and running with it. Afternoon Tea at The Dorchester is a rather traditional affair, served in the Park Lane hotel’s grand Promenade lobby with its huge throne-like chairs to sink into, a pianist gently tinkling away and the heady scent of lilies filling the air.

Exceptionally attentive staff present a selection of sandwiches, passionately making the case for each type as though it is a life-changing decision – except you can (and are positively encouraged to) choose them all – and then have them again and again until you burst. The dainty slithers of white and more unusual bread – basil and caraway seed were particularly flavoursome – carry the usual fillings.

Bite-sized scones made to a 50-year-old recipe are a pleasing vehicle for great dollops of heart-stopping Cornish cream and treacle-thick homemade jams; the voluptuous blackcurrants burst a bit like popping candy. And, of course, there’s a rainbow of sugary treats such as feather-light pistachio macaroons, sticky lemon drizzle cake and extra-chocolaty brownies.

There’s a good selection of teas, from a light, bergamot blend with a hint of caramel, to a clean lemongrass tea as refreshing as those found in spas all over South-East Asia. For a cup that really stands up to the sweeter elements, go for the Dorchester’s own strong blend. 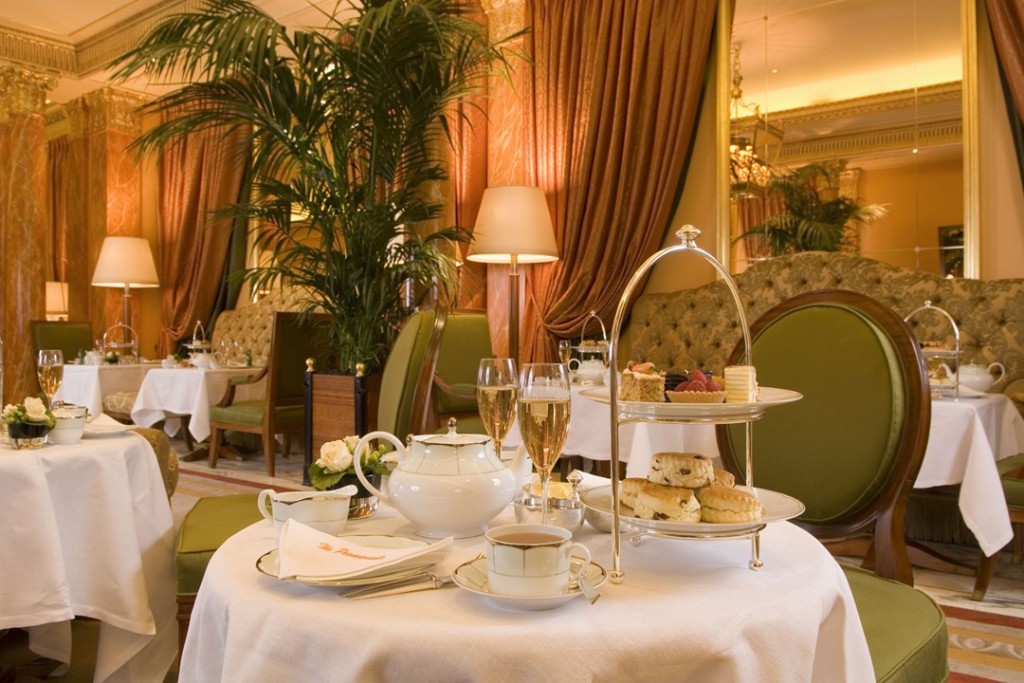 2. Best for all you fashion bunnies: Prêt-à-Portea at The Berkeley

The original tea for fashionable ladies, and still the best. The Knightsbridge hotel’s pastry chefs create sweet treats taken from each season’s collections at London Fashion Week, which they attend for inspiration, and serve them on bespoke Paul Smith china in The Caramel Room.

Prêt-à-Portea has featured fashion staples and icons from the Burberry vanilla trench to the Christian Louboutin high-heeled biscuit. There have been Tory Burch bikinis and Manolo Blahnik heels, as well as Jason Wu’s coconut cake hatbox-shaped bag, Prada’s white and red-poppy coat in chocolate and Grand Marnier, and – the theme of the season – Alexander McQueen’s yellow honeycomb cream dress complete with marzipan bees. The perfect choice for any fashion obsessive.

Not surprisingly it’s very popular (be sure to book ahead), with well-heeled ladies in twos, threes and twelves, and the tea room hums with the charming tinkle of ladylike conversation and laidback music – it’s the kind of place you can lose an afternoon in, and much of an evening, especially as they keep the sandwiches coming. 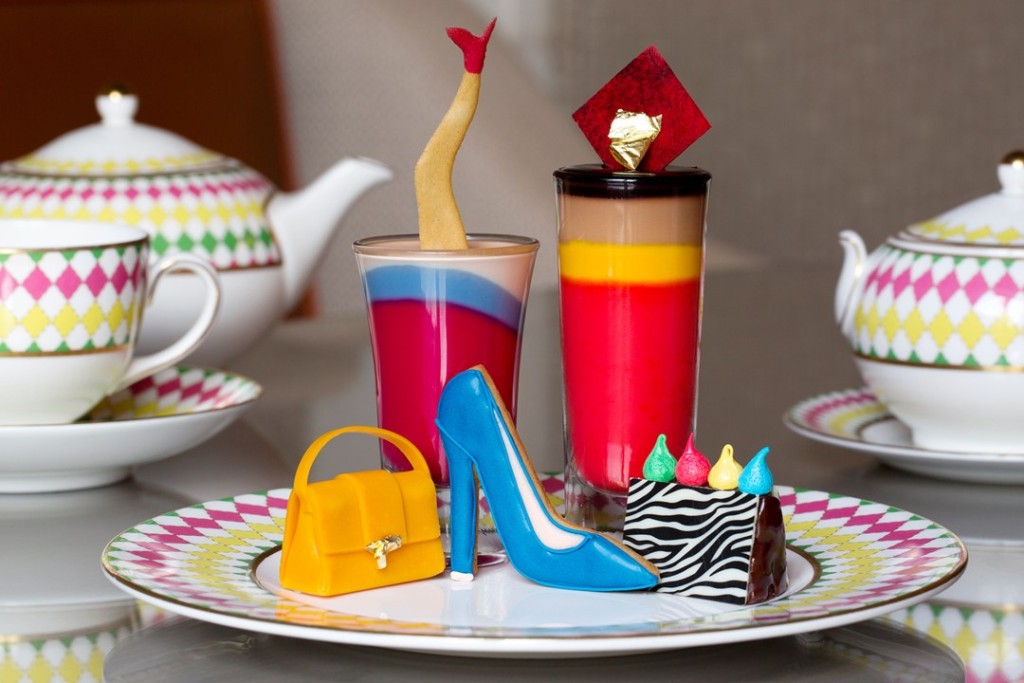 3. For those who think they could eat it all: Charlie and The Chocolate Factory Afternoon Tea, One Aldwych hotel

In celebration of their partnership with the West End’s most magical musical, they have created a scrumdiddlyumptious afternoon tea.

From decadent golden eggs to blueberry brioche and playful flavoured candy floss, every item reflects the wit and wonder of Roald Dahl’s classic tale. Teatime treats are presented with a selection of award-winning loose leaf teas and infusions from Canton Tea, each of which has been chosen to complement the delicate flavours from the kitchen.

A treat for the whole family. 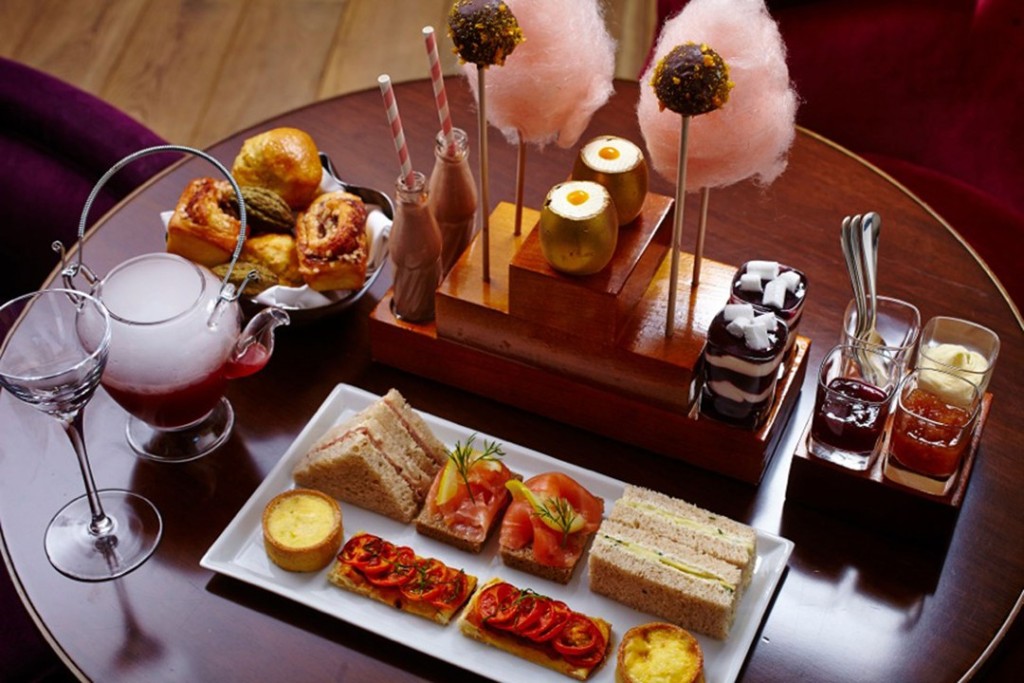 4. Ideal for the men in the world: Gentlemen’s afternoon tea at the Reform Social & Grill

Traditionally the preserve of women, afternoon tea, with all those pretty cakes and finger sandwiches – but not at the Reform Social & Grill, the new restaurant of the Mandeville Hotel off Marylebone High Street. In gentlemen’s club-like surroundings – copper walls, leather booths and dark-wood furniture (hence the nod to the Reform Club on the Mall) – it’s a thoroughly manly affair, with whisky cocktails, mini burgers, steak-and-snail sandwiches, and the kind of homemade pork pie you usually only find in the shires. 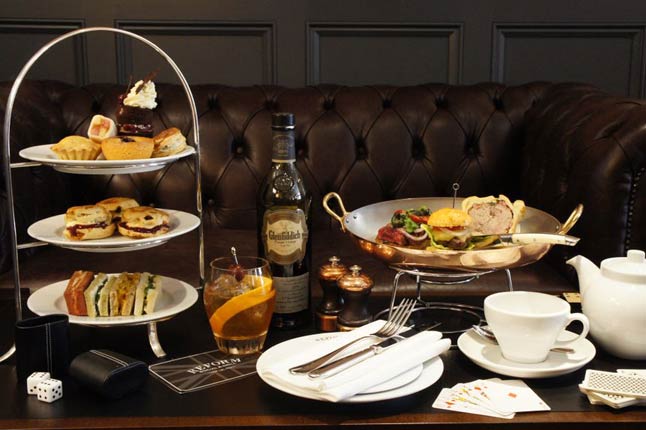 Dress the part in the prettiest tea dresses around: